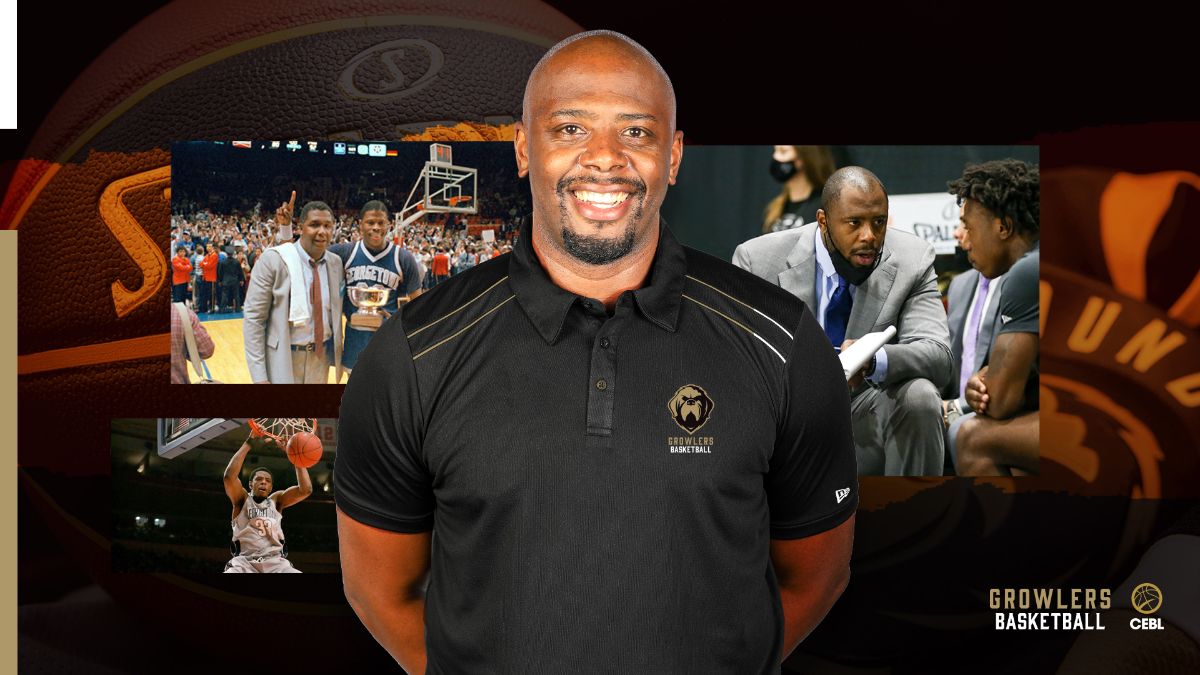 The Newfoundland Growlers basketball club have unveiled a prominent name as their next coach and general manager! Read the full press release below:

“Patrick Ewing Jr. brings a unique skill set to his position of Head Coach and General Manager of the Growlers.” said Steve Konchalski, Growlers Senior Advisor of Basketball Operations. “Throughout his career, he has been exposed to the highest levels of the game, and I am looking forward to the opportunity of working with him to bring an exciting brand of basketball to St. John’s with the goal of competing for a championship.”

Boasting a decorated resume within the game of basketball as both a player and an executive, Ewing Jr. began his coaching career last year in the CEBL, serving as lead assistant coach of the Ottawa BlackJacks for the 2021 season.

Ewing Jr. and the Ottawa coaching staff led their side to a 6th place finish in the 2021 CEBL regular season before pulling off a quarterfinal upset over the 3rd seed Hamilton Honey Badgers. The BlackJacks ultimately bowed out of the 2021 Championship Weekend in the semifinals against eventual champions and hosts, the Edmonton Stingers.

“I’m excited for this next opportunity in my coaching career, particularly getting to stay within the CEBL and join an organization that matches my ambitions in the Newfoundland Growlers,” Ewing Jr. said of his appointment. “The passionate basketball fanbase in Newfoundland is desperate for a competitive, entertaining team to cheer for, and I’m ready to take on the challenge as general manager and head coach in providing just that. I can’t wait to get started.”

Prior to joining the Blackjacks coaching staff, Ewing Jr. served as Director of Operations for Men’s Basketball (2015-17) and Alumni Relations Coordinator (2017-present) for his Alma mater, Georgetown University, where he helped lead the team to the 2007 NCAA Final Four, back-to-back Big East regular-season championships, 1 Big East Tournament championship as well as being named Big East 6th Man of the Year during his collegiate playing days.

After attending Indiana University and Georgetown University, Ewing Jr. turned pro in 2008 and was selected 43rd overall in the NBA Draft by the Sacramento Kings. Across an eight-year playing career, he featured in the NBA for the New Orleans Hornets, suited up for several G League teams where he was an all-star and all-league performer, all before going on to compete in several top competitions overseas with stints in Germany, Spain, Greece, and Qatar — earning all-star and all-league nods in the latter two stops.

Although he was born in the United States, Ewing Jr. represented Jamaica and captained the national team as he was eligible to represent the ‘JAMROCKERZ’ through his father and former NBA superstar Patrick Ewing who was born in Kingston.

Still, in the early stages of the coaching chapter of his basketball journey, Ewing Jr. brings a pedigree of strong leadership to the Newfoundland sideline for the 2022 season thanks to his diverse experiences within the game.

Season ticket deposits for the Growlers inaugural season at the Field House are on sale now at growlersbasketball.ca. Fans are kindly asked to email tickets@nlgrowlers.com for any questions or ticket-related inquiries.

Newfoundland opens its season with a pair of weekend home games, beginning first on Friday, June 3 against the defending champion Edmonton Stingers, followed by a clash with the Ottawa Blackjacks on Sunday, June 5.

All CEBL regular-season games will be livestreamed on the free CBC Gem streaming service, cbcsports.ca, the CBC Sports app for iOS and Android devices and CEBL+.