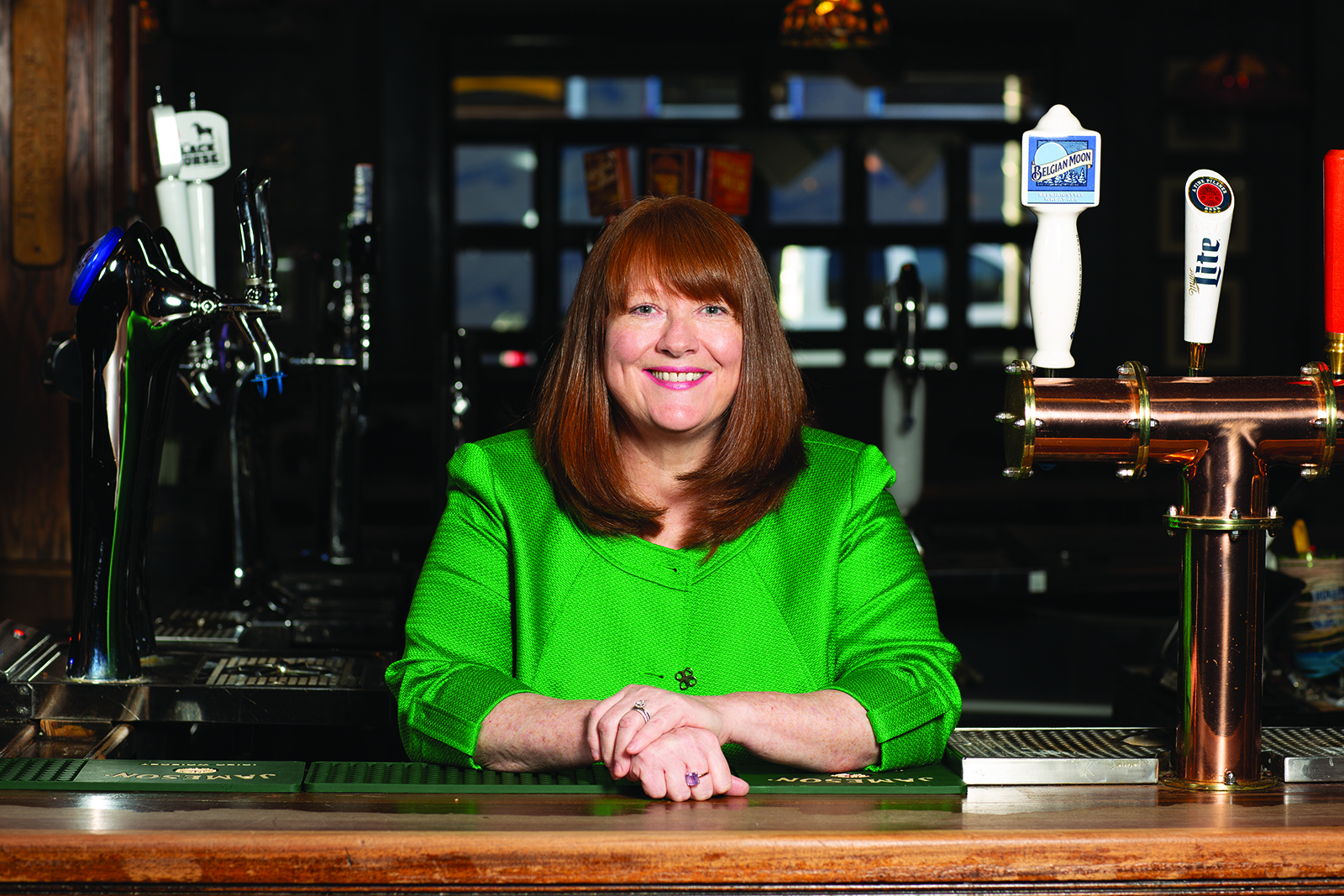 O’Reilly’s Irish eyes are smiling even more brightly than the lights above the bar as Brenda O’Reilly opened up about the last 25 years and her love of all things Irish ahead of St. Patrick’s Day

She looks every bit the Irish maiden, and standing behind the bar she founded over 25 years ago, the ageless Brenda O’Reilly – one of this province’s most well-known redheads – beams.

O’Reilly’s Irish Newfoundland Pub is glowing on the day we arrive – all polished wood and sparkling memorabilia – but O’Reilly’s Irish eyes are smiling even more brightly than the lights above the bar as she opened up about the last 25 years.

“I can’t believe 25 years went by so quickly. We’ve been in two locations and survived a pandemic, so we’ve been through a lot over 25 years,” she opened with a laugh.

O’Reilly, OZFM’s Danielle Butt and Butt’s fur baby, Stevie Nicks, pose for a few photos around the pub as O’Reilly talks. Every inch of space in O’Reilly’s seems to hold some sort of memory, she said with a smile. From boat replicas to paintings to signed photographs to the stage where so many famed bands and individuals performed to the dance floor where her late mother used to kick up her heels a time or two – O’Reilly is sometimes lost for words reflecting on how blessed she’s been. 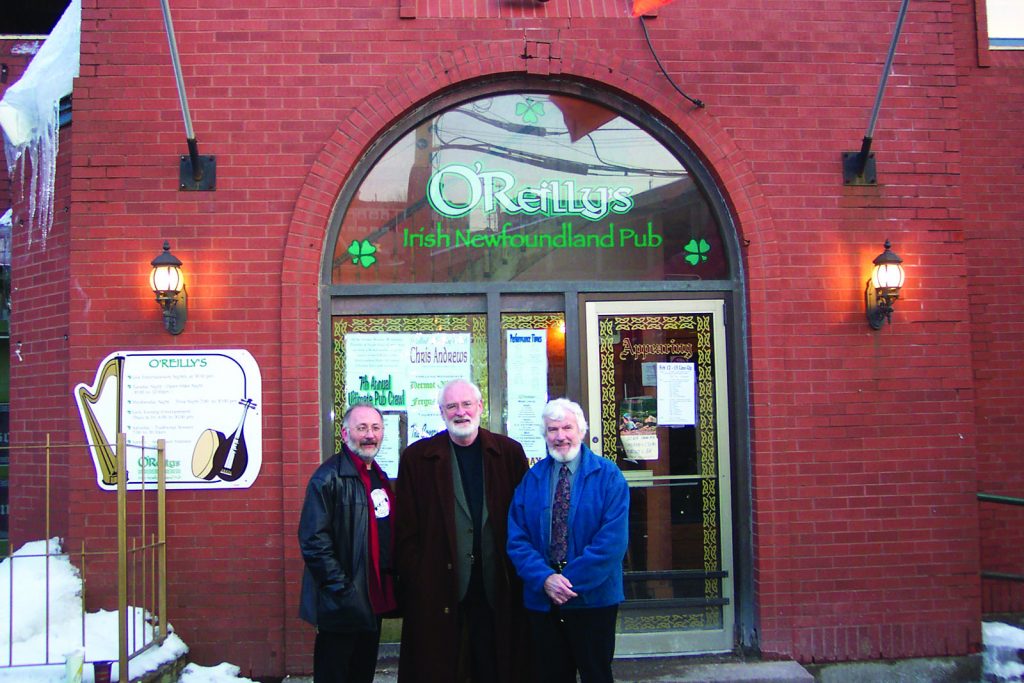 The boat that hangs in O’Reilly’s, the Mayflower, was given to them by her husband Craig’s grandfather, Nick Flynn. Ironically, Nick was born on St. Patrick’s Day. “He proudly gave it to us and we restored it and we hung it where it could be seen when you come in, in the area we call the session booth.”

The session booth  was actually moved from the pub’s first location, a touching way to link the two.

“We made the back of the stage look like the old O’Reilly’s, and the bar top is the same, we moved that from the old location. We wanted it to feel the same, to look the same, and, where we could, we wanted it to be the same,” she said.

There’s bits of history from other locations too, including an old favourite St. John’s watering hole known as The Strand.

“The clock down there on the wall, we bought that from the old Strand. And there’s a few things here that we got from there because as they closed we were opening and they had all their things for sale and we went and picked up some things like the Guinness sign here. That clock. I don’t know how old it is, but we’ve had it for 25 years and I don’t know how long it was in The Strand so it’s pretty antique. And those pink tables you see are from The Strand as well,” she said.

But, there’s new additions as well, like a painting of a fisherman.

“We commissioned an artist years ago to paint that from a picture I found in a magazine and it’s beautiful. It’s two fishermen and you can just get a sense of Newfoundland from that picture, and that’s what we’re about,” she said.

But while the atmosphere is stunning, it is about the people and the music as well.  “We’ve had some really great people come in over the years. One night I was here Michael Burgess, who did Phantom of the Opera for years in Toronto, got up and sang. He was here on tour and he got up and sang O Holy Night. We’ve had Great Big Sea on stage and Alan (Doyle) has done a few appearances on stage.” 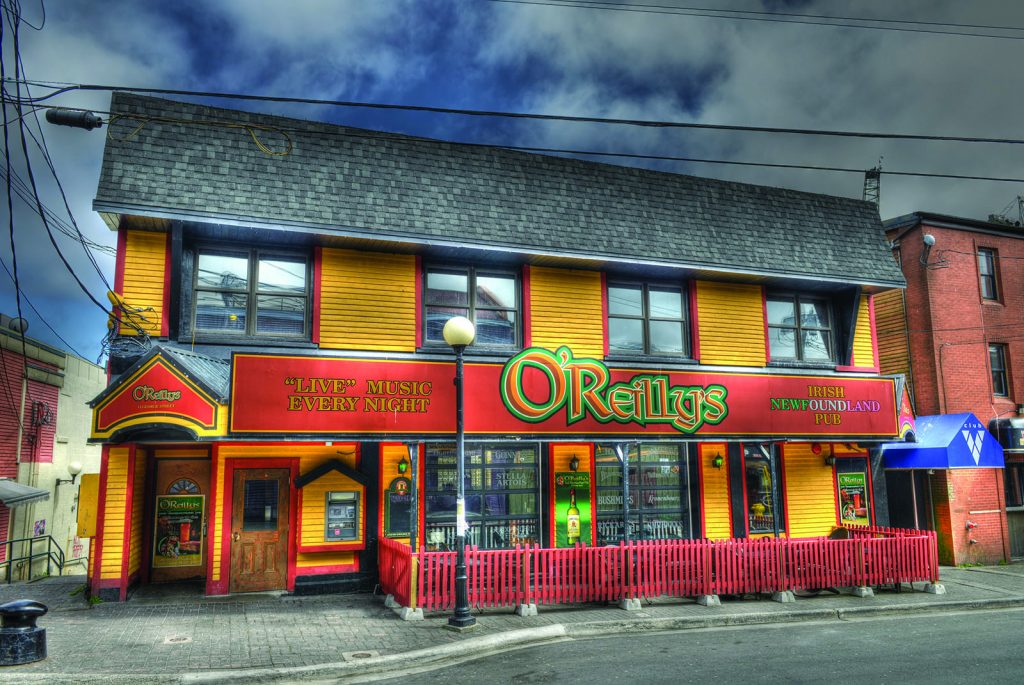 Doyle, on O’Reilly’s fifth anniversary, surprised many when he asked if the band could come and practice on their stage. “He called me up and said, ‘Do you think we could come down and practice our new album before we go on the road?’ And I said, ‘Oh my God, Yeah!’ So they come down and it was a Tuesday night, and we cancelled Open Mic night for them, and while on stage they announced the fact that the Junos were going to be in Newfoundland that year. So it was a couple of exciting things going on that night.”

At the end of the evening, O’Reilly’s husband presented the band with bar shirts, jokingly saying they won Open Mic that evening, she shared with a chuckle.

Doyle has also been on the O’Reilly’s stage with pal, actor  Russell Crowe.

“The most famous appearance is when he appeared with Russell Crowe on stage. He called me up and said, ‘Do you think a buddy of mine can come down and jam out some tunes?’ But he didn’t tell me who was coming.”

In a small town like St. John’s word got around, she continued. “It made O’Reilly’s famous for sure. We were already very popular for locals and tourists but this made us very famous and we got all kinds of buzz and all kinds of publicity from that.”

Crowe signed a few things that now hang on the wall at the pub, more proud moments in O’Reilly’s history. Hockey star Lanny MacDonald’s been there too.

“My husband don’t care, he’ll say, ‘Do you mind if I get a picture of you behind the ball pullin’ a pint?’ None have said no. So we’ve had some great pictures. Dougie Gilmore, Lanny McDonald, Bryan Trottier, Michael Ryder and Alex Newhook and Danny Cleary.”

Cleary lives in Detroit, obviously, but when he’s home in the summers for his hockey camp he visits. O’Reilly shared that  Detroit just happens to be her dad’s favourite hockey team. “One night he was here and I told him my dad was a huge fan and the next day he came in and gave us a signed jersey. So (Cleary’s) jersey hangs here in our bar and whenever he’s home, he sits in front of his jersey.”

Musical legend Ron Hynes was a welcome addition to the O’Reilly’s legacy, she added. “Ron, over all the years, he hadn’t played here, and around the 20th year we were open I was like, ‘You know, we’re going to ask Ron to play here this year.’ We asked and he agreed and we did a showcase with Ron Hynes and it was a magical show. He was very accommodating. He sang every song anybody wanted to hear. And at the end, he played Sonny’s Dream and he stayed around and signed things for people, and he signed a poster that I had done for the show. That was the first time he had played here and as it turns out, it was one of his last gigs ever.” 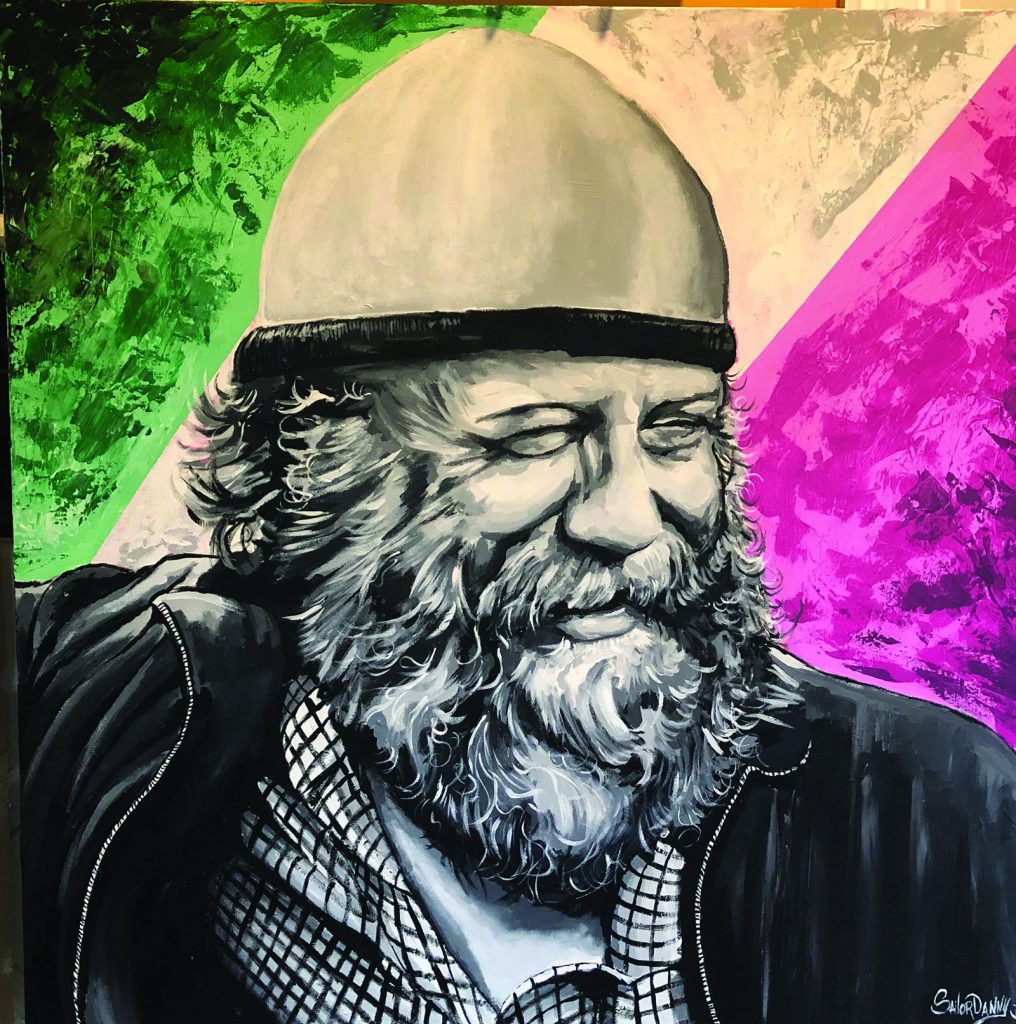 O’Reilly gets emotional thinking about The Man of A Thousand Songs. “I was really charmed that I didn’t let life go by without having one of the greatest Newfoundland musicians, one of the most iconic musicians ever, play here. We’re so happy that we had him on our stage.”

“We’re rolling it out in April, an installation of portraits of musicians who have played here or have influenced the music of what we do here at O’Reilly’s,” she said.

Hynes is one.  Alan Doyle is another. Fergus O’Byrne. Shanneyganock front man Chris Andrews, who was part of the house band when O’Reilly’s first opened.

O’Reilly’s mom worked at O’Reilly’s for 10 years, she continued.

“No one loved Irish music more than my mom, Theresa. She passed away four years ago, but I can tell you it was very nice to have my mom working with me every day.”

Sometimes her mother would be there in the daytime cleaning or doing whatever and she’d be there dancing with the broom as she swept.

“She’d always have the music on and delivery drivers were coming and going, and she’d be dancing. Sometimes I’d see mom come out of the kitchen after making muffins for someone who’d stop by. I loved it,” she said.

So many memories, like Ryan’s Fancy. “I hosted a reception for Ryan’s Fancy when they received their East Coast Music Award and they got up and sang together for the first time in 21 years.”

Next week, find out more about O’Reilly’s, including the bond O’Reilly has with OZFM’s Danielle Butt.

One thought on “25 Years of O’Reilly’s Part I: Rollicking Good Time”