Power of a Mom’s Love 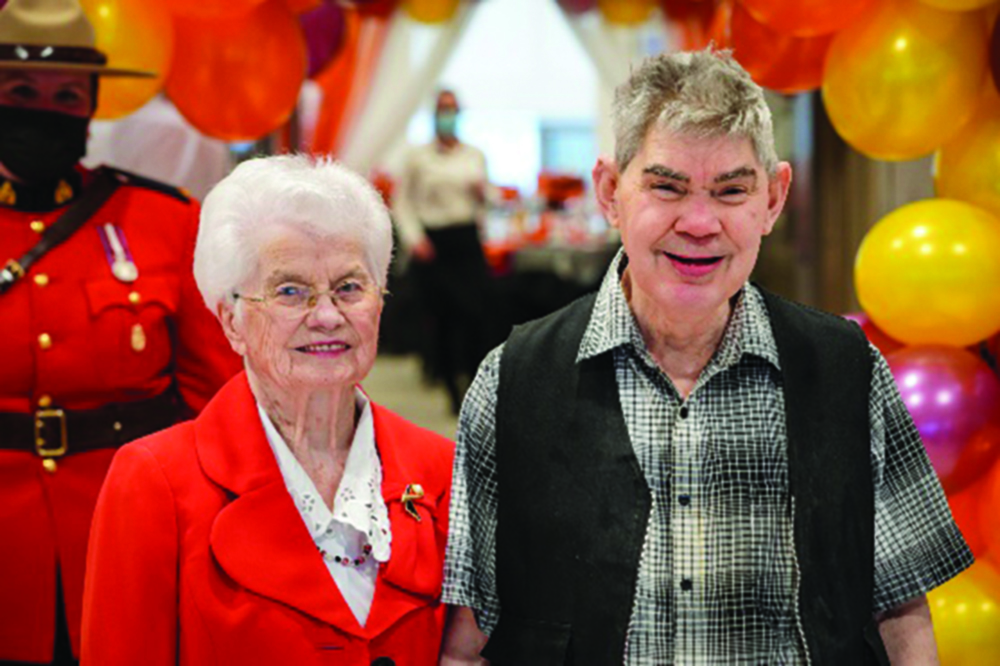 As I go through this journey in life, I wonder is there any greater role than that of a mother? It was a little less than a year ago I decided on a career change. This decision gave me the privilege to work directly with seniors of our province at Lanes Retirement Living. Not long into my tenure, I had the privilege of meeting a little frame of a woman with white satin, sparkling hair, kind blue eyes and the most gentle smile.

A woman with a voice so soft and sweet you instantly believed this is what angels must sound like. Her name is Jane Smith. Jane, along with her son Cecil, were living at Lanes Retirement Living for the past year and had quickly become special members of the Lanes family.

I was truly humbled to witness a 95-year-old mother whom, due to her son being born with an intellectual disability, had taken care of him for his entire life while maintaining such a positive outlook.

She always looked at Cecil with nothing but love and admiration (as she did with all of her seven children).

Oh, how I admired the unwavering strength, unconditional and enduring love she brought to, not only her son, but everyone she encountered.

Jane watched with pride as Cecil played his guitar at special events, became director of our walking group, our choir conductor and bowling captain.

Jane, your love for your son was constant and your devotion had no end. You filled his life with sunshine and, in turn, Cecil shared that light with all who were privileged to meet him. To us here at Lanes Retirement Living, you are a living legacy of the power of a mother’s love.

Jane cared for Cecil with that special Mother’s love and provided him a quality of life no one could have imagined, even though from infancy Jane was told that her son’s condition came with a very short life expectancy of only 12-13 years. Against all odds, and with a strength and determination that only a mother knows, Jane, at 95 years young, continued to care for her son until he no longer needed to be cared for.

On April 8, 2022, surrounded by countless friends and family, Cecil peacefully passed. Cecil Bramwell Smith was just one day shy of his 76th birthday.

With my deepest respect and admiration of you Jane, we are so happy to have celebrated another Mother’s Day with you! Happy Mother’s Day to you and all mothers whose love knows no boundaries!

4 thoughts on “Power of a Mom’s Love”