A Giant in ‘The Rooms’ 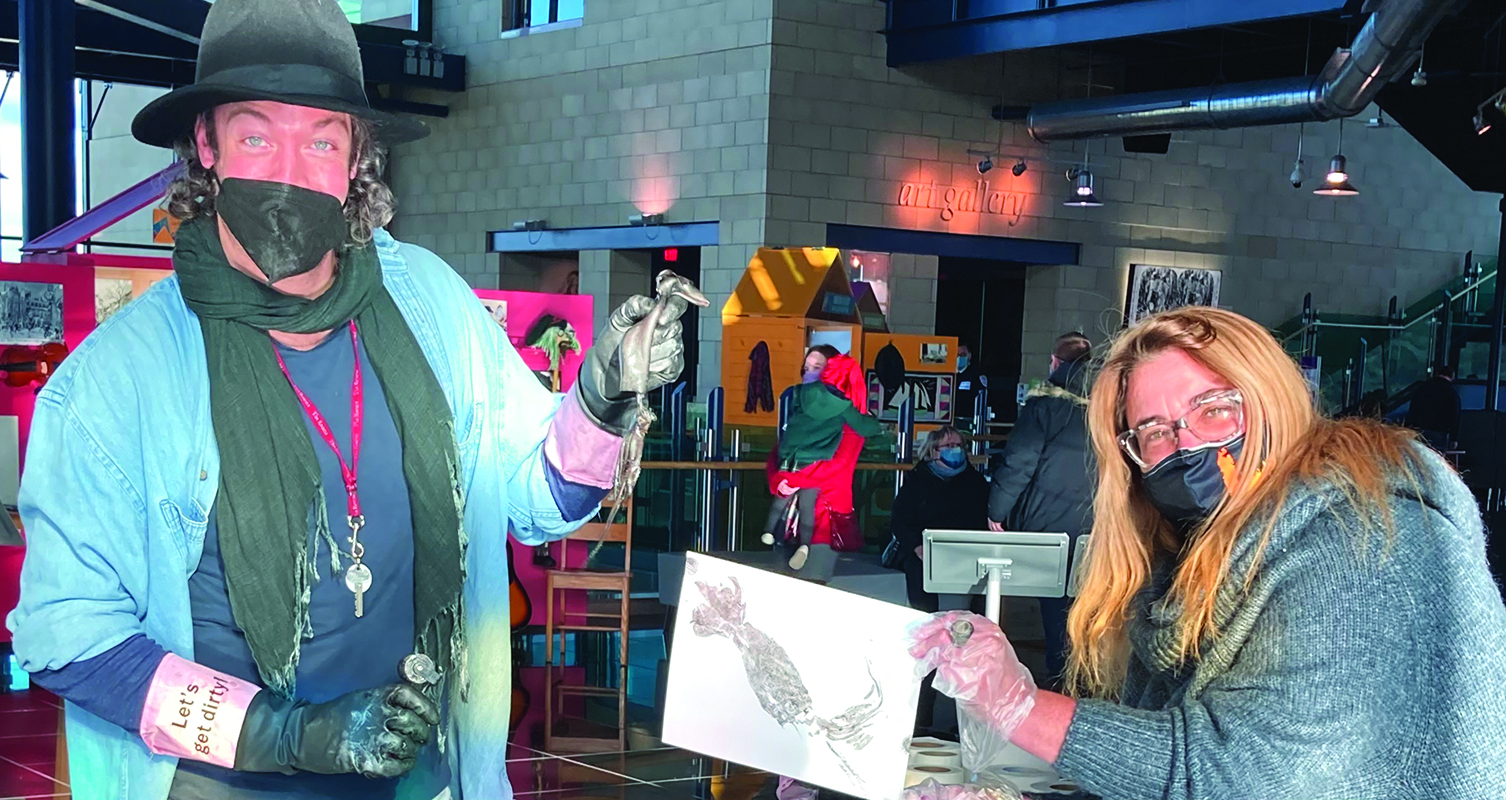 The giant squid has quite an interesting history in

Newfoundland and it’s celebrated at The Rooms

Newfoundland’s history with Giant Squid is etched in many minds throughout the province, especially when visiting The Rooms in St. John’s.

The one on display was caught by fishermen in Hare Bay 40 years ago, but the first giant squid ever scientifically documented and photographed was discovered in Newfoundland in 1873 and articles describing encounters with these “hitherto mythical devilfish” go back quite a ways.

On the day The Herald’s Managing Editor Pam Pardy visited The Rooms (on her 52nd birthday!) it was also the giant squid’s 40th. There were crafts – from caps to ink-art – and all hands, young and old, were eager to participate. Jason Sellars, the way-cool Art Educator with The Rooms, began by showing how to master Gyotaku, the traditional Japanese method of printing using fish – or in this case squid – a practice which dates back to the mid-1800s. The reason we’re sticking our hands all over a dead and gutted squid, dipping it in ink and putting it on a piece of paper?

“We’re celebrating the 40th anniversary of the giant squid being in the Museum of Newfoundland Labrador and now being in The Rooms permanent collection. It’s on display here and has been one of the most popular exhibits we have. Kids don’t forget seeing it and adults love it, or they are kind of equal parts grossed out and thrilled at how glorious it is,” he opened with a laugh before covering his hands in black ink and dead squid bits.

Before trying my hand at the craft, I watch Daphne Rayner, visiting family  in NL from her Ontario home, create her dead fish masterpiece.

Next it’s time to make a polar fleece squid hat! (The pattern is scaled down special for Herald readers. *Use Polar Fleece! It stretches and can fit any child or any adult with ease! Trust me!)

“It’s a no-sew pattern, so it’s a great craft to do with kids, and this type of hat was really popular in the 90s when Polar Fleece was invented. I came up with this easy pattern so kids could leave The Rooms with a nice, warm fleece hat for the winter that looks like a giant squid,” he said.

Fun to be had

Crushed that you missed the giant squid celebrations? Don’t be! Besides the fact that Sellars and team re-created the squid hat pattern for Herald readers to do at home, there’s so much more fun to be had at The Rooms all year-round.

“We have programs every week of the year, so check out our calendar and find out what’s on the go. There’s lots of Christmas programs and all kinds of things happening in the New Year as well,” he said.

Check out what’s on the go at The Rooms by visiting their Event Calendar at www.therooms.ca/events-calendar