Andrew McKim: To the Xtreme 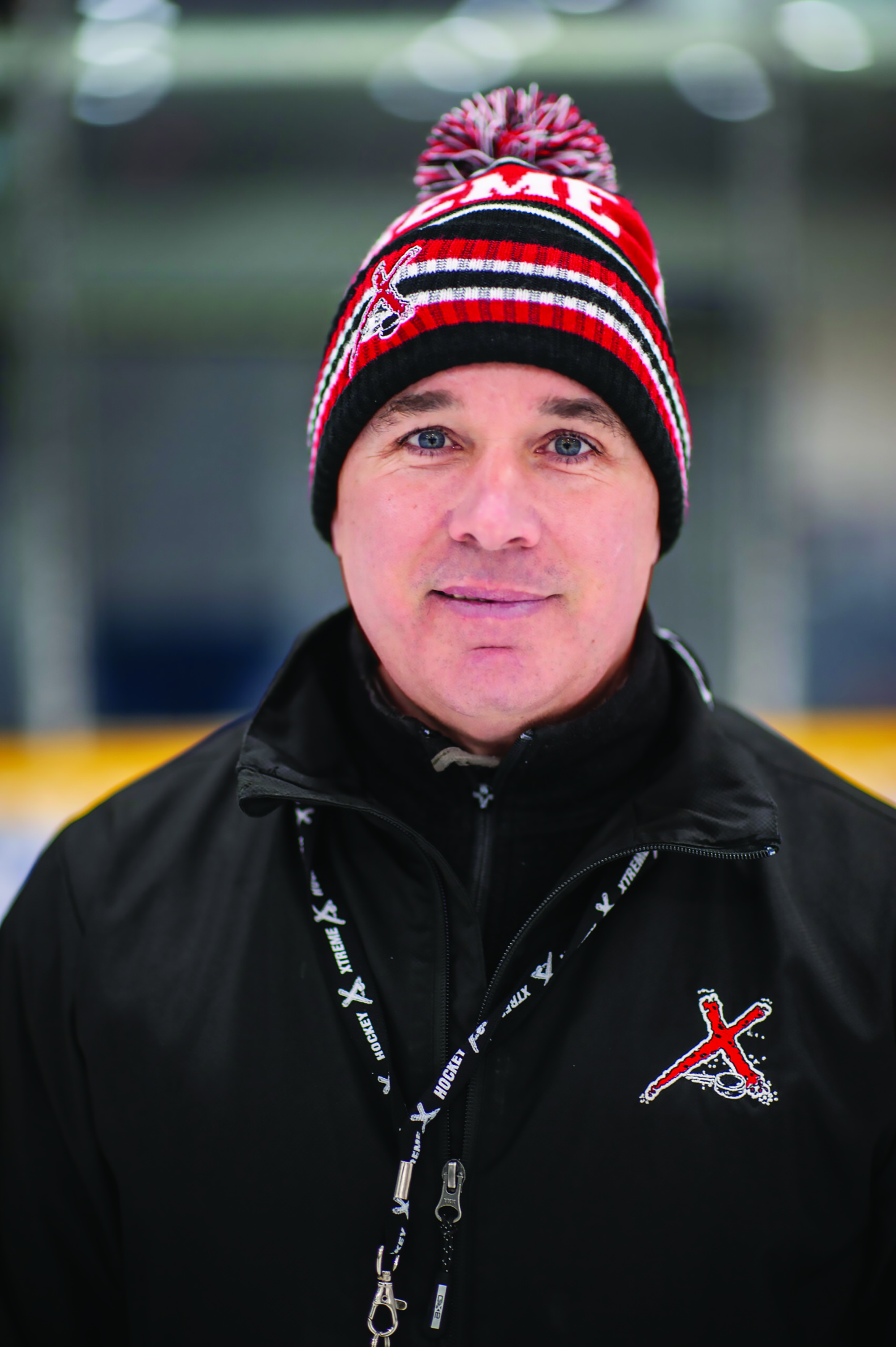 While Andrew McKim retired from professional hockey in 2001, he never lost his passion for the sport, turning his NHL career with the Bruins and the Red Wings into an ‘Xtreme’ way to inspire the next generation

Former NHL centre Andrew McKim knows hockey, having played in the National Hockey League for the Boston Bruins and the Detroit Red Wings.

Hailing from Saint John, New Brunswick, McKim’s time spent with the AHL franchise here in this province led to him getting married and settling down in Newfoundland where he now co-owns Xtreme Hockey with Randy Pearcey. The two have seen many talented players come through their doors since 2002, including McKim’s son, Matt.

McKim has coached many of the Growlers  from the time they were young kids on skates, including team Captain James Melindy and forwards Nathan Noel, Marcus Power, Tyler Boland and Jordan Escott.

It’s little wonder that McKim has the magic touch when it comes to coaching the next generation of great players considering his own background in the sport.

McKim racked up 252 points in only 200 regular season games with the Montreal Canadians (Verdun). In 1989-90, McKim was traded to Hull (now Gatineau) and posted 130 points in 70 games as a nineteen-year-old.

What followed was an 11-year professional hockey career that saw the right winger suit up in the NHL, IHL, AHL, DEL (Germany), and Swiss-A Leagues. At the NHL level, McKim played in 38 games for both the Boston Bruins and Detroit Red Wings and in 1993-94 while playing for the Adirondack Red Wings (AHL), he scored 94 points in just 77 games.

But one point in his hockey career stands out, and that’s the time he spent playing for the St. John’s Maple Leafs back in the early 90s with Felix Potvin, Guy Larose and more. What did he think about playing in Newfoundland? McKim has nothing but praise for those good old days.

“When I signed with Toronto, we knew I would come to Newfoundland and there was a kind of excitement and we were like rock stars when we were here,” he began with a chuckle. The people, he added, were “just so excited that it became surreal,” he continued. 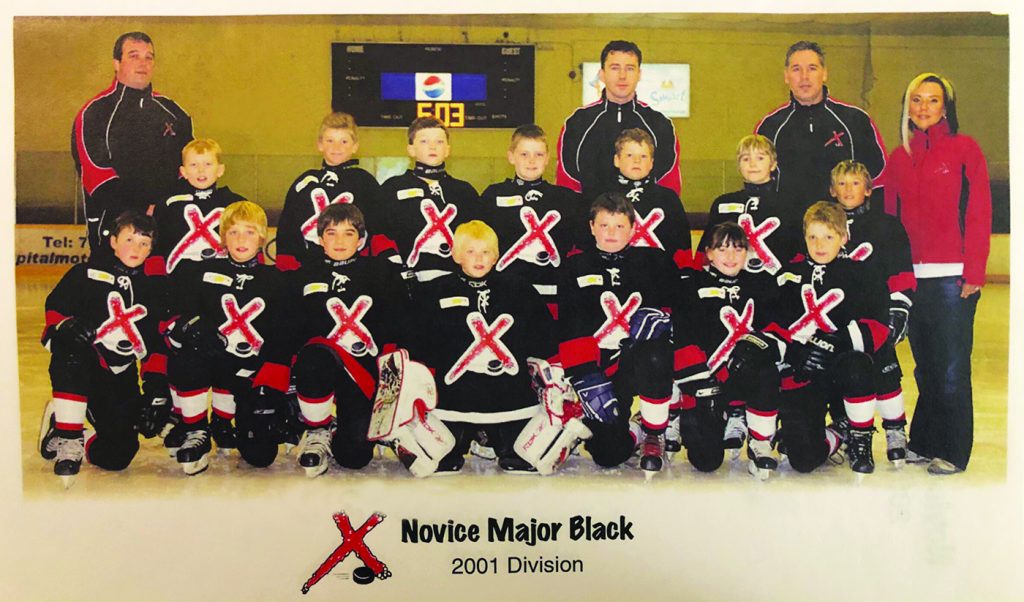 “The people were excited. The town was excited. It was a fun time. I remember we used to go on the road and sometimes snow would come and our driveways would be done for us. Every bar and restaurant we went through, everyone treated us like superstars. And I was only young too so it was kind of a nice feeling. You were treated like gold being an  NHL player playing in St. John’s.”

Little shock considering how well the team performed. “We were the top. We were the top team in the American Hockey League and we ended up playing in the playoffs, though we lost our first two games at home in the series and then we went on the road in Adirondack and we won the next two, home for game five and lost. We were on the road and we won game six and then we came back and  lost game seven.”

The memories are flooding back now, he said with a laugh. We ask what made him settle down in Newfoundland after an a career spent travelling the world. He paused only briefly. “Well, I played a lot of different places and it’s just that the people here are great. Now, I still haven’t seen one spring yet, but I’m still here (laughter). But it’s the culture, the city and the province is a beautiful place to live and be and it’s a great place to raise a family and it’s a great place to do business,” he said.

McKim opened Xtreme Hockey in 2002, so it’s been 20 years of coaching the next greats in the sport. “I got injured in October 2000 (concussion syndrome) and I’ve worked with Dawson Mercer (New Jersey Devils) since he was five years-old and Alex (Newhook – Colorado Avalanche) since he was five.”

Abby Newhook. Shailynn Snow. Many hockey greats that hail from this province have skated beside McKim, he says proudly, including, of course, many Growlers players.

“I’ve had a lot of those kids. I’ve had Tyler Boland, Marcus Power, James Melindy. James had to keep working on his power skating. James was a big, strong kid. And James said one day, ‘Well, I’m older than everybody else,’ and I said, ‘James, you’re not working for anybody else, you’re just working for yourself to get better,’ and he puts time and the effort in and makes a great team Captain. He’s such a great guy and he’s such a hard worker.”

We ask McKim his thoughts on the loss of Chris Abbott (Buddy the Puffin).  “I think the passion for the game was put inside that man before he was even born. He’s an iconic figure in Newfoundland hockey history,” he said. He had both “the character and the charisma,” and his passion for the game “was electrifying.”

“The kids, the parents, they all loved him. He was an entertainer. He made the games fun and there will never be another ‘Buddy’ in my opinion,” he said. As for Glenn Stanford, the Governor and Chief Operating Officer of the Newfoundland Growlers, there’s more praise.

“Glenn has been here since day one and as far as I’m concerned, he’s the reason for everything. He’s been there for every single franchise and he’s the only constant. I hope the hockey world recognizes him and I think he deserves to be a NHL Hall of Famer. I’ve gone a lot of different places and people talk about dealing with (Glenn) Stanford and they talk about how he’s such a gentleman and how much he’s respected in the game of hockey. Everyone wants to be famous in this game, be it a player or a coach or someone in management, but when all people can talk about is what a great guy you are? And everyone says the same thing? Then that speaks volumes I think and he’s kept it up for thirty years.”

His final thoughts are for the dedicated fans, he added. “I just think so much credit goes to the fans, to the people that came to the games. There’s a great hockey fan-base here and it’s something that Newfoundlanders should be proud of.”

One thought on “Andrew McKim: To the Xtreme”