ARTIST SPOTLIGHT | Navigating the Music of the Sea 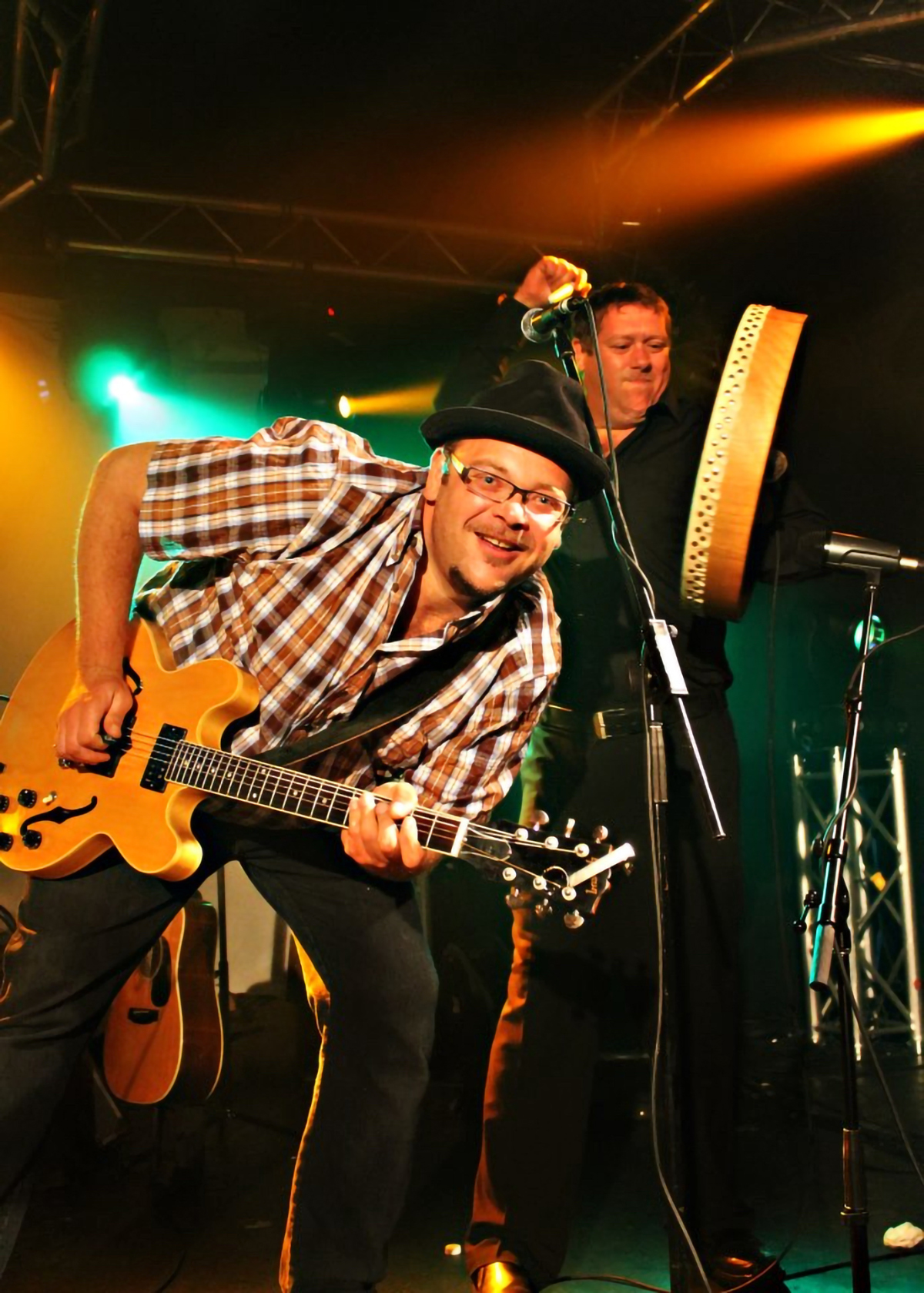 The Navigators have a new album coming out called Bay Bulls Cove, and band founder Arthur O’Brien couldn’t be more thrilled. Standing on the deck of the Capo de Espera following another successful musical sailing with Iceberg Quest, O’Brien shares that this is one summer he’s looking forward to.

“It’s going to be hopefully the best summer for music and crowds,” he opened. Bay Bulls Cove – named so because his Navigators bandmate Fred Jorgensen is from Bull’s Cove and O’Brien himself is from Bay Bulls – which will be released this summer,  features some new tunes written by O’Brien as well as a few favs like fierce and furious Rocky Road to Dublin and the touchingly romantic After All These Years, just to name a few.

When we spoke, O’Brien just finished entertaining come from aways and  locals alike on-board one of Iceberg Quest’s sailings from St. John’s Harbour.

It’s a pick-me-up of a gig if there ever was one, he said with a laugh. “I’ve been working on the boat for years, on and off for a very long time, but last year as a pivot to cope with COVID, we put more emphasis on actually doing concerts on the boat, and it’s been really fun for me personally and for those sailing,” he said.

Magic of the music

It’s one thing to get on a boat for a trip out the harbour, but quite another when you add traditional music to the experience, he continued. “People are singing along the whole time as they’re scanning the ocean looking for sea life – whales and birds – or while they are looking at the coastline. People are coming home to visit family or they are coming for the first time and, as everyone knows, over the last few years we’ve been pent up in the summer and I know this summer we’ve busier as a band than we’ve been in over ten years.”

You can feel the shift in energy and excitement when it comes to experiencing both the magic of the music or the beauty of the island, he added.

From performances on-board Iceberg Quest sailings, to taking the stage by storm at the Iceberg Alley tent or for the annual George Street Festival, this summer is going to be one for the record books, he said. O’Brien has some words of advice that deserves to be headed.

“We’re very excited about this summer. Don’t be down in the doldrums about the last few years. There’s nothing to be upset about because we’ve got so much going on here this summer that we’ll forget about the last two years sooner than we think,” he said.

Just enjoy getting back to our roots doing what we do as Newfoundlanders and Labradorians and share those traditions – musically and otherwise – with first time visitors and those returning to see family and friends after much too long away. “Take advantage of what the moment offers. Get out and see this place and experience it like it’s your first time out the door in years, because it kind of is! Just have fun and take it all in.”