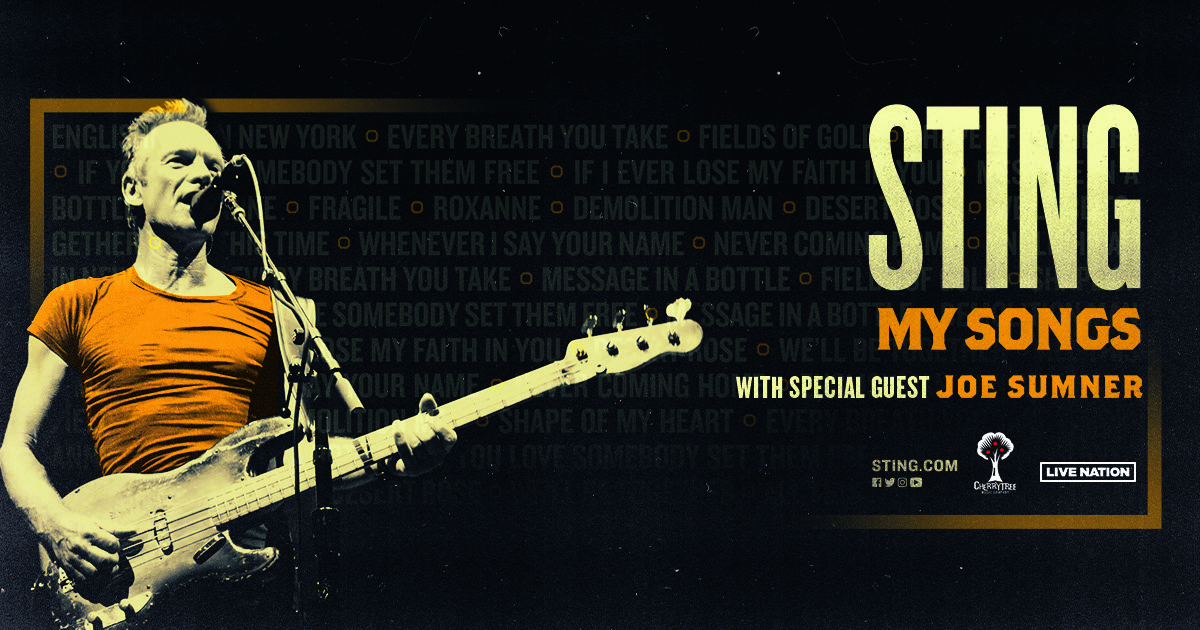 Rock icon Sting is set to return to Newfoundland and Labrador this September. Full release below:

The Cherrytree Music Company, Live Nation and evenko have confirmed that Sting will perform three very special My Songs concerts in Atlantic Canada this year, including the Scotiabank Centre in Halifax, May 2, the Avenir Centre in Moncton, September 13 and the Mary Brown’s Centre in St. John’s, September 16.

Tickets for all three shows go on sale next Friday, February 25 at 10 a.m. local time.

Tickets for the Halifax show will be available online at ticketatlantic.com, evenko.ca and livenation.com.

Tickets for the Moncton show will be available online at ticketmaster.ca, avenircentre.com, evenko.ca and livenation.com. Tickets will be available in person at the Avenir Centre Box Office (150 Canada Street) beginning on Monday, February 28 at 9 a.m.

Tickets for the St. John’s show will be available at the Mary Brown’s Centre Box Office (50 New Gower Street) by calling 1-709-576-7657 and online at mbcentre.ca, evenko.ca and livenation.com.

Members of Sting’s Fan Club will have the opportunity to access exclusive pre-sale tickets prior to the general public by visiting Sting.com.

Sting’s My Songs concert is an exuberant and dynamic show featuring his most beloved songs, written throughout the 17-time Grammy Award winner’s illustrious career both with The Police and as a solo artist. Hailed a “masterful performance from start to finish,” the concert “takes fans on a musical journey through time,” with “hits like “Fields of Gold”, “Shape of my Heart”, “Roxanne” and “Demolition Man” punctuating an unforgettable show.” Fans can also expect to hear “Englishman In New York,” “Every Breath You Take,” “Roxanne,” “Message In A Bottle” and many more.

On tour, Sting will be accompanied by an electric, rock ensemble. Special guest Joe Sumner appears at all newly announced dates.