OZFM’s Danielle Butt and her Sunday feast for the ears, Jigs & Reels, is the perfect compliment to all NL musical maestros who keep traditional music alive

Danielle Butt and O’Reilly’s Pub owner, Brenda O’Reilly, are havin’ a rollicking Newfoundland time as they laugh and joke as the photos for this special NL Herald cover are being taken. Snap. Flash. Chuckle. Snap. Flash. Chuckle. Repeat. While there’s much merriment (we joke about who gets to ‘save’ the beer from being wasted as O’Reilly pours pint after pint for the camera) it’s also almost surreal hanging out at O’Reilly’s during daylight hours.

Having the pub to ourselves for the photo shoot as Danielle’s partner Glenn and the couple’s adorable pooch Stevie Nicks – named so because she shares a birthday with the famous Fleetwood Mac songstress –  explore the premises.

When asked about her relationship with Brenda O’Reilly, Butt paused.

“Where would I start?” she began. Little wonder Butt feels overwhelmed with nostalgia. O’Reilly’s has been a proud sponsor of Butt’s Sunday staple, OZFM’s Jigs & Reels, for decades.

Now celebrating its 25th year in business, the two women share that their personal bond has grown perhaps as deep and as true as their shared love of traditional NL/Irish music. The same music that’s played on stage at O’Reilly’s each week is spun on Jigs & Reels and the two share an admiration for those musical masters who live and breathe tradition. 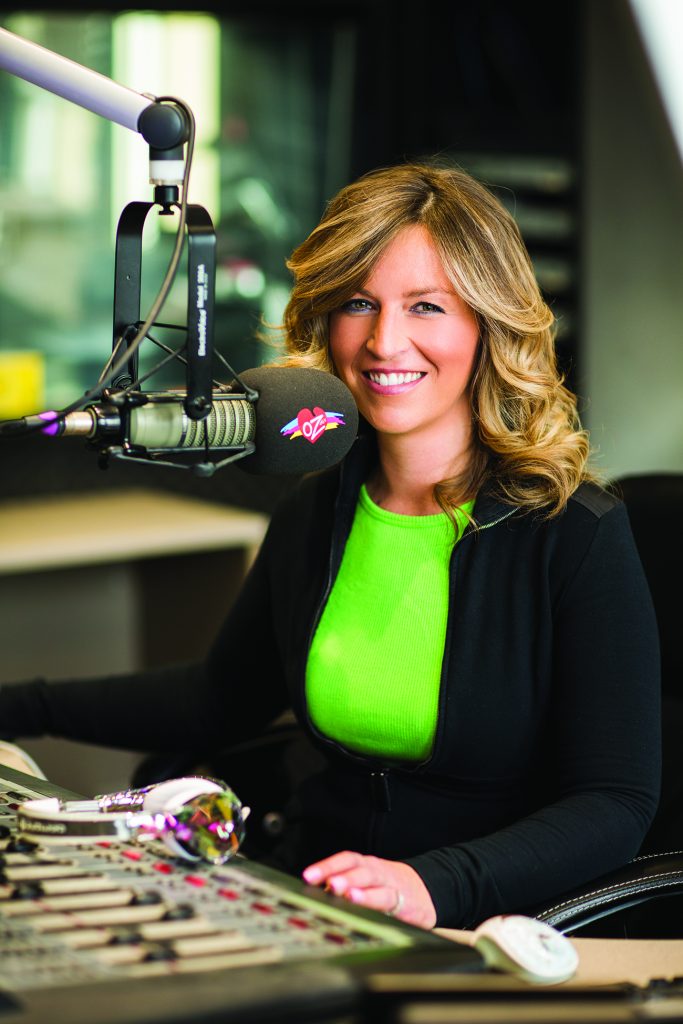 “It’s like we are family. Brenda and I go back years, bonding at first because of the music, but staying connected because of a deep friendship and admiration for one another,” Butt shared, adding that having O’Reilly on her show each week is like talking to a  long treasured friend.

“There’s no script. It’s just she and I having a beautiful conversation about a shared passion, which is music. There’s this shared earnestness when it comes to  promoting the live music scene in Newfoundland and Labrador, and when it comes to highlighting the accomplishments of musicians – both older, more established artists and those just trying to make their mark on the scene – we both really care and connect.”

Butt and O’Reilly – who both glow from the inside out while talking about musical traditions in NL – say they are both “equal parts shocked and amazed” when they think about the staying power of traditional Irish music in this province.

“I mean, 25 years for O’Reilly’s? I never realized the history Brenda had with O’Reilly’s until now.  Ron Hynes. Ryan’s Fancy. Great Big Sea. These greats are staples on Jigs & Reels and have played in this pub,” Butt shared in awe.

Miss Nicks interrupts the interview, running by with something in her mouth. “Drop it! Drop it! Bring that here!” Butt says, gently scolding her precious pup, who’ll turn two on May 26th.

Stevie Nicks listens to her momma, earning some cute cuddles and adorable kisses, before Butt returned to the interview.

Stevie is feeling right at home, obviously a fan of the music herself considering the amount of time she spends hanging out at the OZFM office with Butt.

“She’s in the office just about every day and she’s become part of the OZFM & NTV family. Almost everybody has treats in their desk for her now, so she likes to make her rounds,” Butt shared.

Interesting. Maybe it’s not the music after all Stevie likes, we joke. While talking favourite songs or artists would be a tough one for Butt, she does have a few of both that are special, she shared. 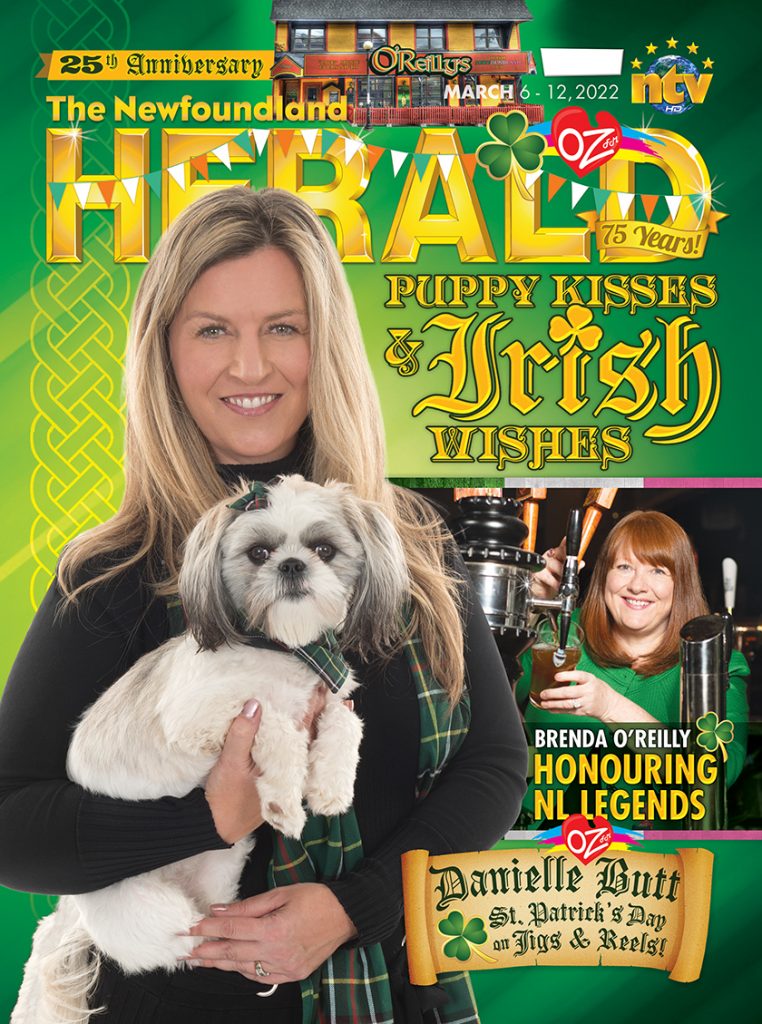 “All I can say is there’s no limit when it comes to talent in Newfoundland and Labrador. It’s limitless. But those who stand the test of time always move me. Masterless Men. The Irish Descendants. You never get tired of hearing something by Mark Hiscock or Chris Andrews. Ron Hynes. And I’ve gotten to know a lot of these artists over the years. I’ve helped promote their music by playing listener requests each week, and  you get to know them well,” she says.

Butt laughs. “You know how they say everyone in Newfoundland is somehow related if you go back far enough? Well,  I actually am related to John Curran of Masterless Men. John’s grandmother and my great-grandmother were twin sisters,” she shared.

Speaking of family and connections, Butt added that she’s proud of OZFM for mixing the latest and greatest hits with traditional music for many reasons, most of all because it enables the station to appeal to musical fans of all ages.

“I think it’s amazing that young and old alike – that all family members – can tune into OZFM each Sunday. The commitment to tradition and the legacy of this long held tradition each and every Sunday morning is just such an honour to be a part of,” she shared.

Speaking of tradition, who cooks jiggs dinner in her home if she’s busy working? Her parents, she said with gratitude.

“I’m very fortunate that I have my parents around and they come in on a regular basis and actually bring dinner fixings in and cook it at my house.”

Fans of Jigs & Reels are no doubt grateful that Butt gets so spoiled at home, enabling her to keep the music going just as they’re about to sit down to their own Sunday dinner, no matter where they are in the world. “I get requests all the time from all over. So many people love the show. You hear it all the time,” she explained proudly. “It’s so rewarding to know that people are not only listening, but interacting with us through those musical requests.”

But again, while the old favourites move her soul, the new songs also get her feet tappin’ she said.