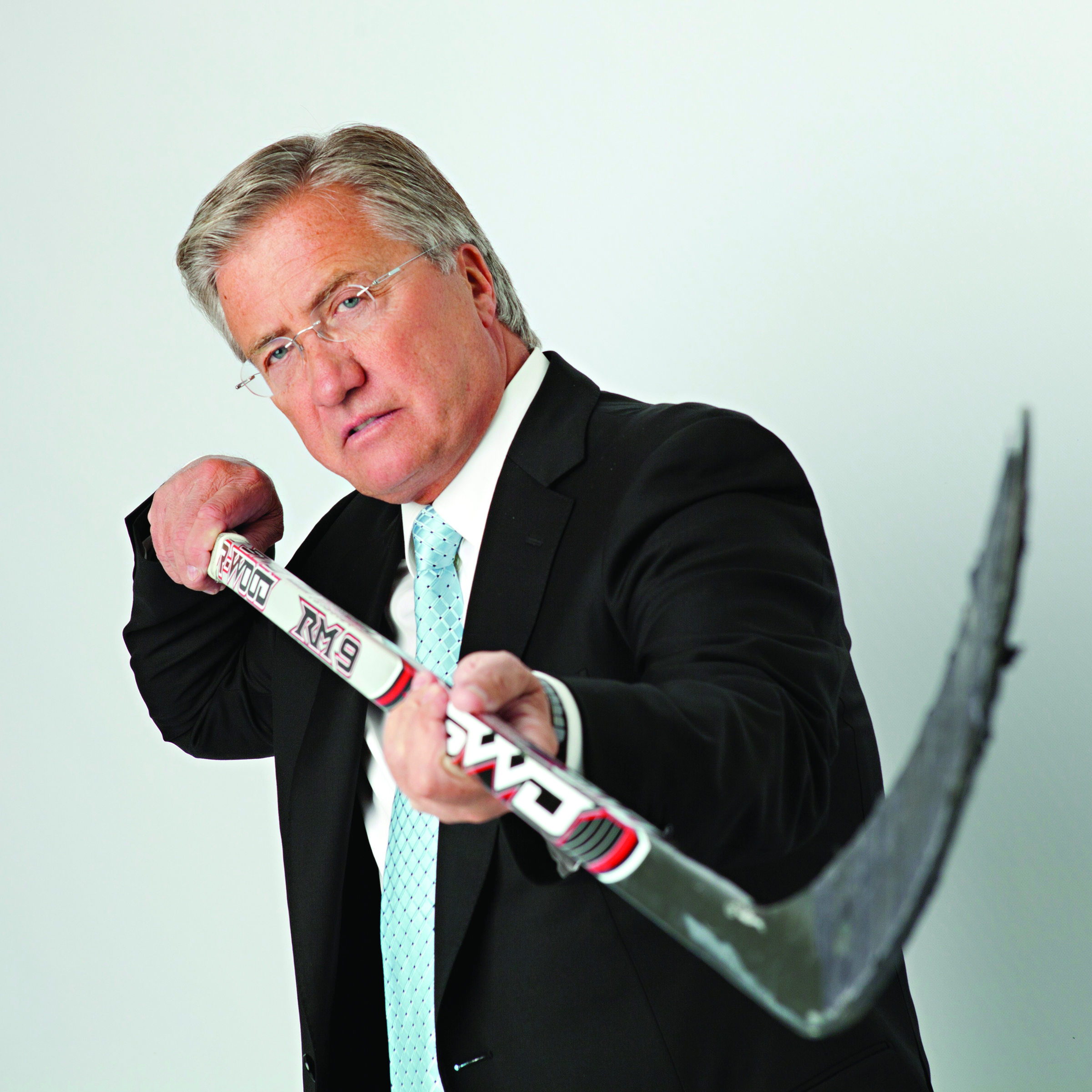 Former NL Premier Danny Williams has been recognized for outstanding contributions to many things, but his dedication to the sport of hockey is perhaps one of his crowning achievements

Danny Williams still plays hockey regularly when he’s in town. While many know Williams as a powerhouse of a former premier, or as the developer of “Dannyland,” the man who always seemed to have the plan was also quite the sportsman. From player (from his St. Bon’s days on) to coach to promoter, Williams literally and figuratively kept his stick on the ice.

From the American League’s St. John’s Maple Leaf franchise to the wildly popular IceCaps, Williams played a prominent and influential role when it came to delivering professional hockey to The Rock.

“We’ve got a regular Tuesday night group that get together and play (hockey) when I’m in town … I’ve been playing, coaching or involved at the executive level when it comes to hockey since I can remember,” he opened, reflecting.

On swapping out the old Memorial Stadium for Mile One (now called the Mary Brown’s Centre), Williams shared that it was time to make some improvements for the sake of the game, the players, and the fans.

“When the city got the franchise for the Toronto Maple Leafs (St. John’s Maple Leafs, also known with affection as the Baby Leafs) back in the 90s …  we became very much aware that Memorial Stadium was just basically wearing out. It was built in the early 50s and they needed a new facility. And because of our affiliation with Toronto and Toronto had just been in the process of completing the Air Canada Centre … so we just got started on a new stadium to support the league here,” he said.

For Williams, the fan support made the investment worthwhile. “The fan base is incredible. The greater Avalon region draws on basically half the population of the province, and when we had the IceCaps we had people coming from pretty much everywhere for games. We were basically selling out for three full years … we were providing a caliber of entertainment and it was great hockey,” he said.

Was it profitable? Oh yes, though they worked at it, he admitted. “You need to get the numbers out. You know, it’s difficult to break even with small numbers, but as you fill the house that’s where it basically becomes worthwhile or profitable.”

But beyond the profit, the people who were involved stand out, he continued. Glenn Stanford, currently the Governor and Chief Operating Officer of the Newfoundland Growlers, stands out, he said.

“Glenn has been involved with the American Hockey League … and has brought a wealth of experience and a wealth of contacts through his affiliations with the various franchises. He  approached me and said, ‘Look, I think Winnipeg might have an interest in coming here because they’ve just started a new team,’ and we got on it right away and we had a team up and running and ready for a season opening run in under six months.” 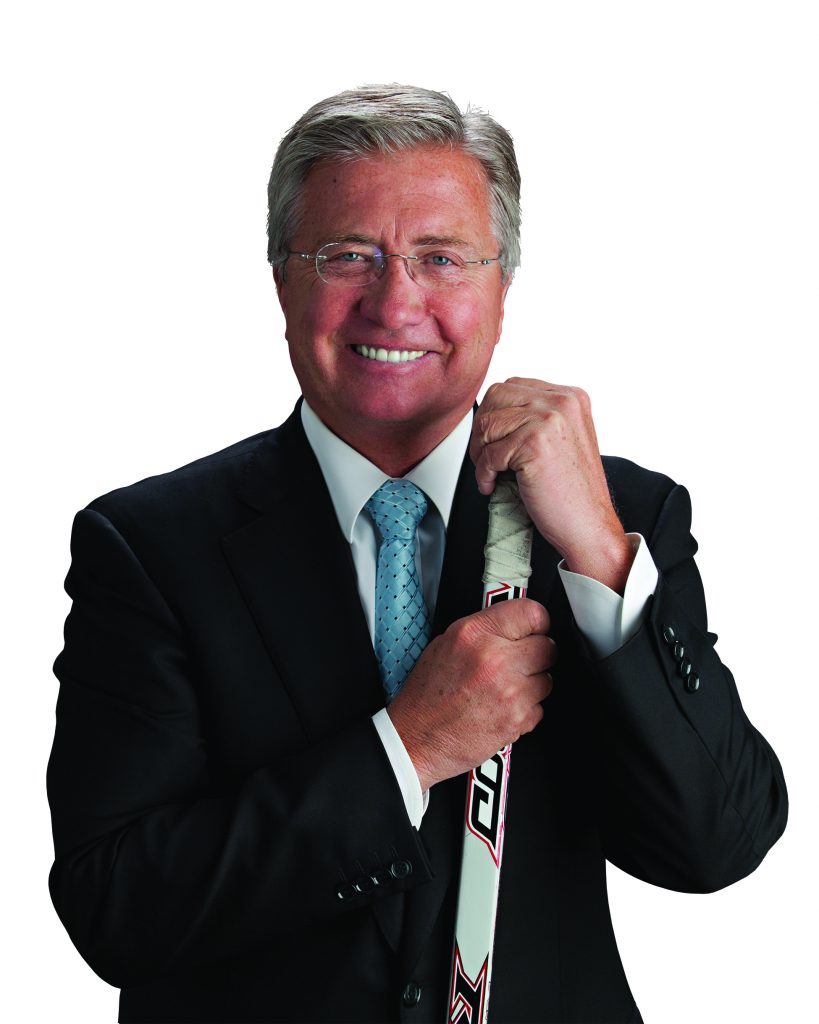 Stanford was able put a team on home ice in short order because he had experience and contacts, Williams said with admiration. Stanford was also a good friend of Dave Andrews (a former player and then president of the American Hockey League), Williams continued, and because of that, he was also a great friend to Newfoundland and Labrador.

“Dave Andrews was instrumental in seeing various franchises come to St. John’s and to the province,” he said.

We ask if Williams feels pride in his accomplishments when it comes to bringing professional hockey to this province.

”There’s a lot of people that are involved, from trainers on, that were a key component to the success of the organization. Some have left here and have gone off and worked with NHL organizations as a result of the training and the connections that they had in St. John’s.”

We were also blessed to have had a “tremendous number of great hockey players, some who have stepped up to the NHL and finally got their big break,” he said.  Zachary Fucale and Michael Hutchinson  are two who come to mind, he added.

“As you watch the game you see just how difficult it is for a young man or woman to make the grade to beat the top teams. You see a lot of very, very talented athletes – hockey players – who don’t get to the big show. And you feel their sorrow and you feel their disappointment because you know that they came out of communities across the continent where they were stars. But it’s tough. It’s tough to make it,” he said with admiration.

From injuries to tougher opponents,  they just “don’t bring the big game when they needed to bring it,” he said. But thinking back to “his” teams and players?

“Ninety-nine percent of the time they performed heroically for us, to be quite honest with you. You get to see the ups and downs of what has become what it is to become a professional athlete and that in itself was a real eye opener for me.”

Another great memory is meeting and working with people like Andrew Abbott, one of the St. John’s IceCaps top fans.

“Andrew had Down Syndrome and Andrew’s father Jim approached us and said, ‘Look, is there any place where he would have a role within the team?’ And we said, absolutely, and we would bring him into the dressing room and he very much became a part of the team and the players totally embraced him. They would take him out to their barbecues, they would take him out to social events. And he’d come down to the games fully dressed in his jersey with his hair spiked and dyed a nice blue colour. He was a great morale booster for the entire team, the entire organization and for me personally.”

There’s hundreds of stories like that, Williams shared. “I’ve said it time and time again. I’ve learned more from hockey and gained more friends and more contacts through hockey than anything else I’ve ever done in my entire life. So hockey has served me well and I’ve tried to serve it the best of my ability on every single level I can ever be involved in. And now, of course, I have grandsons who are coming up through the game and granddaughters who are coming up through the various organizations who are playing the sport, and it couldn’t be better and I couldn’t be happier.”

But beyond the personal, what the game of hockey, and the players themselves, give back is often not highlighted enough, he said.

“The Leafs Foundation back in the 90s were very actively involved in the community and the players were absolutely marvelous when it came to giving back. Another great contributor was Buddy the Puffin. Chris Abbott. What he did and what he’s done? He was remarkable. He made his time available and you could see him just brightening the lives up of those he touched and people lit up when he was in their presence. So that whole part, the philanthropic side of the sport, that makes a big difference.”

From dollars via donations to fundraising and appearances, “professional hockey played an enormous role in the community,”  he said.

Any last thoughts? “It was such an important part of my life and I totally enjoyed it. The friends that were made, we still stay in contact. Sport is a great glue for people and it does a lot for a city and a province.”