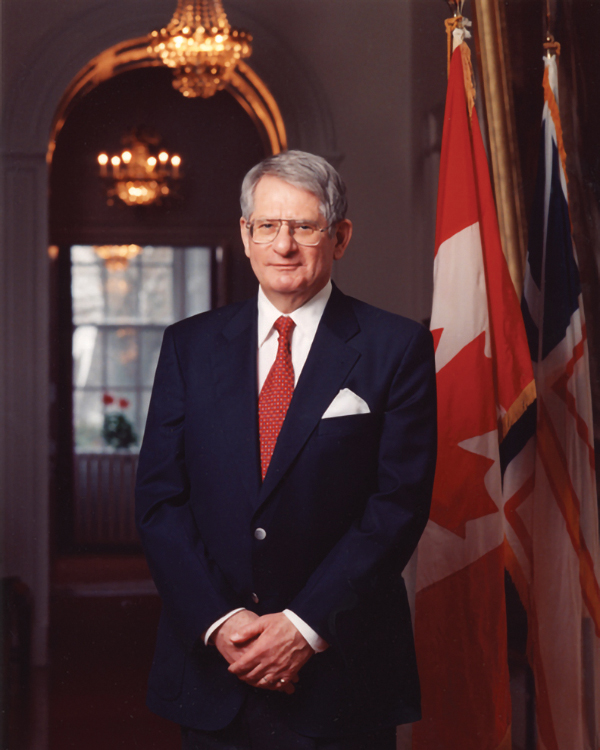 We are much diminished by the passing of Edward Roberts. He’s the smartest man I ever knew. We were not friends in the real sense of the word, but we kept company in some areas quite apart from news.

Robert’s work in getting Sydney Frost’s A Blue Puttee at War published was a great contribution to the formal history of Newfoundland and Labrador. The Royal Newfoundland Regiment and its history was one of his passions. I thought I knew a fair bit about that awful war, but I was humbled by his knowledge of it.

As a quick aside here, one of the most interesting evenings I ever spent was at Government House while in the company of members of the Royal Newfoundland Regiment and noted WWI historian Andrew Robertshaw.

Edward was Lieutenant Governor at the time, and he organized the event where we watched a film of the Great War that he had obtained from the BBC. Over drinks the group talked well into the night. I will never forget it.

Despite the Government House location it was all very informal and for me to be in the company of Roberts, Andrew Robertshaw and members of the Royal Newfoundland Regiment, was really something.

For me, I say unashamedly that it was an honour. Somewhere in my papers I still have the formal invitation.

One of the things that surprised me from my dealings with Ed Roberts is that he knew everything in the world about provincial and federal politics. He knew where all the bones were buried so to speak.

He never revealed to me though any hint of bitterness at his political betrayal at the hands of Joe Smallwood and the Liberal Reform movement that stole from Roberts the Premiership.

He would have been a good premier, but we will never know. Oddly enough that whole political episode diminished Smallwood in the public eye and elevated that public’s appreciation of Edward Moxon Roberts. He became a sort of statesman. I suspect that given a choice he accepted that “statesman” role as a higher road to travel.

I will leave you with two facts that seem odd together but they do exist. He signed correspondence like Christmas cards with the single word; “Edward.” He also was most familiar with country music. The valuable contributions of Patsy Cline and Sir William Coaker to our civilization were both known to Edward Moxon Roberts. He will be much missed. He was an important person in our history.

One thought on “Remembering Edward Roberts”