Elaine Cook: A Passion for Dance 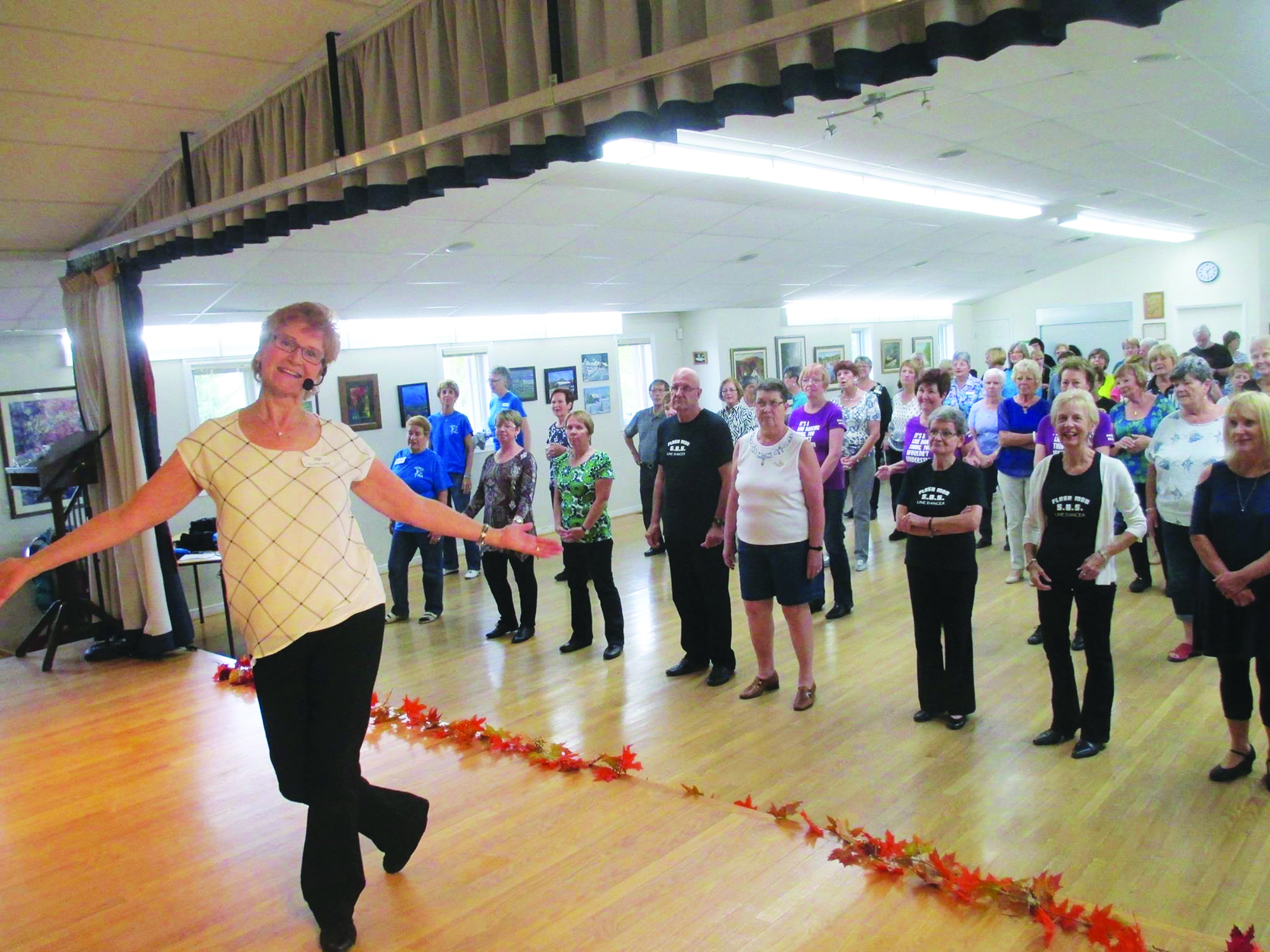 Talented Newfoundlander Elaine Cook takes up line dancing as a hobby and finds herself nominated for two dances at the universal weekend event, the Crystal Boot Awards

Typically when you hear the term “line dancing” you associate it with country music, and while country-and-western line dancing has been an extremely popular form of dance since the 1970s, it’s not the only one.

Line dancing gained popularity throughout the 50s and 60s, and many line dances well known today were born in the 70s like the Electric Slide and the L.A. Hustle, both disco-based line dances. The 80s and 90s brought an abundance of  interest in country culture, and songs like Billy Ray Cyrus’ Achy Breaky Heart catapulted western line dancing.

It now uses more than just the stereotypical country music. In fact line dancers dance to many styles of music like modern pop music, Latin music, and Irish music just to name a few.

Born in St. John’s and raised in Mount Pearl, Elaine Cook is leaving her mark on the line dancing community after being nominated for two dances at the Crystal Boot Awards with Sundown Swing and Moving On Tango.

Cook moved to Toronto, Ontario with her husband in the 80s where the couple both worked a fulfilling career with Scotiabank before retiring in 2005 and relocating to Bancroft, Ontario, settling down in cottage country.

Once in retirement, Cook realized she had no interest in hunting and fishing with her husband, so she picked up her own hobby.

FROM NOVICE TO TEACHER

“He’s an outdoor guy you know, hunting, fishing, snowmobiling and all of that. He loves the bush and I’m not into any of that so I took up line dancing in 2005 when someone in Bancroft was teaching, I wanted to check it out,” she shared in an interview with The Newfoundland Herald.

Cook grew up dancing recreationally, doing the jive or the twist at a school dance or wedding, but never had any formal training or intentions on pursuing dance as a full-time hobby. She started out taking a beginner’s class twice a week, learning the foundation and versatility of line dancing.

Four years later, the enthusiast began writing and publishing dances, and teaching her own classes twice a week right up until COVID-19 led to a temporary shutdown.

“When COVID hit, I saw an ad on Facebook in May from a renowned choreographer, Rob Fowler, and he was teaching choreography, instructor training, and technique all online. He’s a brilliant choreographer, he’s been dancing and instructing for 25 years. These high end instructors and choreographers, that’s their full-time job, they go all over the world teaching,” she explained.

“So I thought, I’m gonna sign up for that because I have nothing else to do, kept me busy. I’m not into crafts or any of that. I walk every day but then I was cooking and eating, and I had to stop that,” she laughed, “so this is what I started to do.”

Fast forward to the present, and Cook has written five dances in these class alone. She has choreographed a total of 19 dances, of which only nine have been co-choreographed.

The talented dancer also has multiple published step sheets, which is dance in a written form to lay out the routine mainly for teaching purposes.

The cherry on top for 2021? Her two nominations in the Crystal Boot Awards, which is now considered a world-class event and basically The Oscars of line dancing.

That’s not all the phenomenal line dancer says she gained during a rough year filled with uncertainty and fear.

With the global pandemic seemingly lasting a lot longer than most of us expected, online is somewhat of a sanctuary. Zoom meetings are now becoming the new norm for many companies, as well as for social gatherings, and the majority of courses and classes are being offered online.

“I miss my class, I miss all of my students. The social aspect is gone, that’s what I miss the most. But of course now connecting like this online, I’ve made friends with people all over the world, to the point where there’s about 25 of us who meet and have a Zoom meeting every other month and just chat for an hour,” Cook shared.

“The fellowship has been a bonus I didn’t expect, so that has become more precious now to us than what we’re actually learning. It makes you really appreciate the connection, certainly your family as well, everything becomes more important and precious and you realize all the running around and all the little things you did, they feel so unimportant now.”

BEAUTY IN THE MADNESS

2020 may have been filled with a lot of adversity, and 2021 hasn’t been the smoothest start to a new year, but there is beauty in the madness if you learn to adjust and appreciate.

“Being nominated is just outside my wildest dreams because these choreographers have been dancing for years, and just seeing your name on that list with them and being a part of it, it was exciting. I’m very pleased with it, it’s been great fun.”