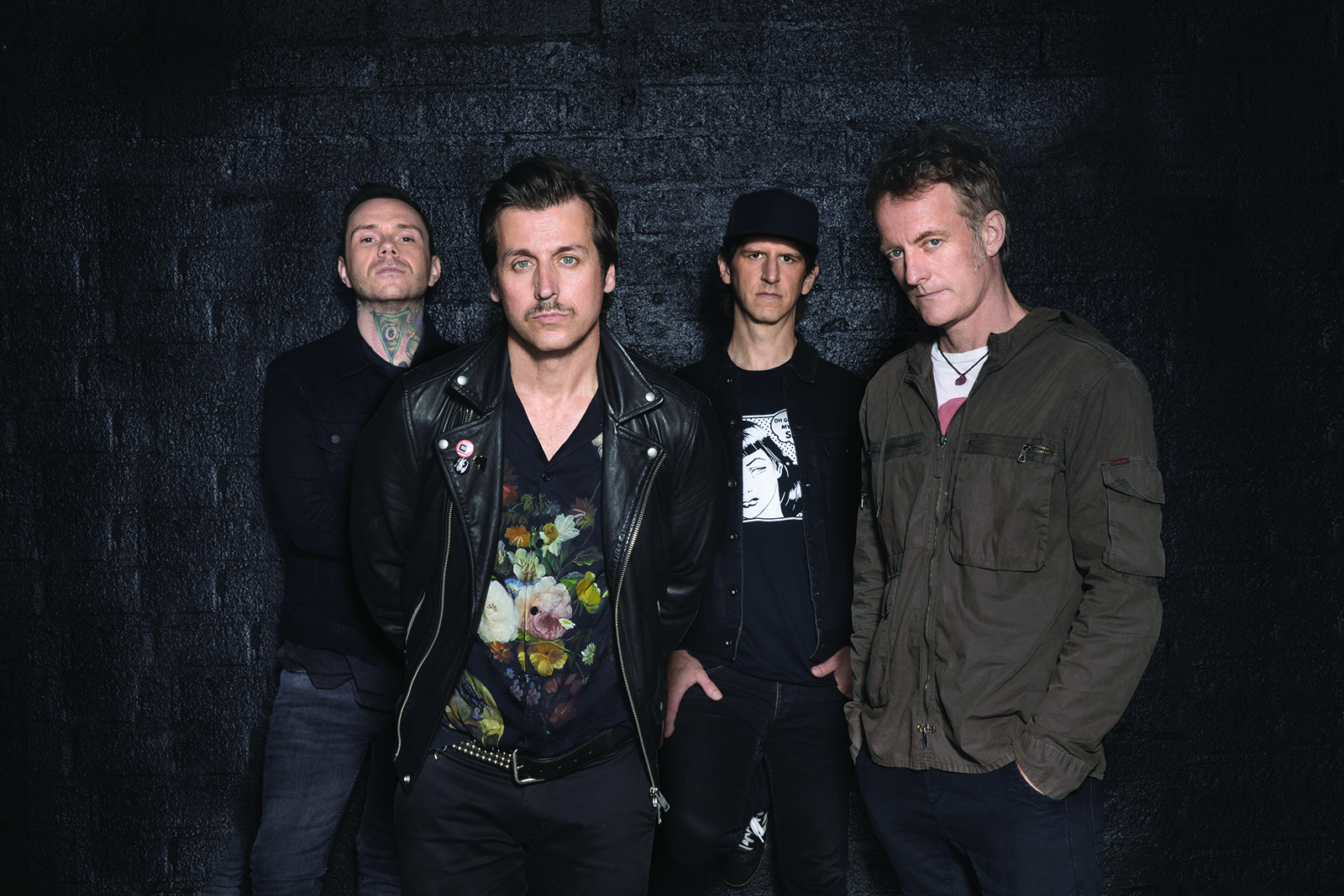 Raine Maida has done it all. Vocalist to multi-platinum selling, Juno winning rockers Our Lady Peace, the polished, poised and perennially put-together Canuck paused to reflect on three decades fronting one of our nation’s most successful musical staples.

“I think I definitely have come to a place where I’ve slowed down in terms of being able to be in the moment,” Maida shared from his Los Angeles home.

The band is fresh off their genre-defying, production-pushing Wonderful Future tour, where they’d roll out hologram special guests in a thematic tribute to their 10th studio album Spiritual Machines 2 – itself a sequel to the lauded concept album inspired by futurist Raymond Kurzweil’s book The Age of Spiritual Machines.

“I think it was really organic in the sense of during COVID we couldn’t tour, and we really didn’t get to celebrate the 20th anniversary of Spiritual Machines like we probably would have,” Maida shared of the decision to re-visit the themes and concepts of 2000s Spiritual Machines.

“Everyone was stuck indoors, so we took a look at Spiritual Machines, and when you start dissecting it, not even musically, it was just like wow, this is pretty cool. You listen to the interstitials that Ray talks about between the songs. It’s like s**t, a lot of this, mostly everything came true. As a human being, I’m like damn, I’d love to know what the next 20 years looks like for Ray. And so when you start extrapolating that from the music you’re like okay, if we want to go back to Ray and ask him to give us another 20 years predictions, we probably need an album to back it up, you know? And that was kind of it.”

Enlisting the aid of producer Dave Sitek (of TV on the Radio fame), Maida, bassist Duncan Coutts, guitarist Steve Mazur and drummer Jason Pierce, set to work on delving back into Kurzweil’s predictions for a future-rock record that, as Maida puts it was “the record I’ve been trying to make for ten years now.”

“I think as a band and for me as an artist, it’s not about getting bored, but I just never saw art as being something that should be copied by yourself, if that makes sense,” Maida shared. “I’m all for being inspired and borrowing from other artists. And I think Bowie said it first, like the best artists are the best thieves really, you know? So I’ve always taken that approach.”

2022 is a year of milestones for Our Lady Peace, marking the bands’ overall 30th anniversary, while also serving as the 20th anniversary of the groups’ landmark worldwide hit Gravity, which spawned the chart-topping singles Somewhere Out There and Innocent.

Reflecting on all parts of the journey, and Maida is content with the groups’ most recent effort, signaling it as one of the hallmarks of a career filled to bursting with changes.

“At the end of the day it’s like coming full circle where Spirits Machines 2 is, dude if this was the last record we made I could say, yeah, this is the right way to go out, for me at least. I’m not going to speak for the other guys, but I’m very proud of this record. It’s the first OLP record that I can still put on and listen to. Every other record I get inside my head. I’m like I would have done this. This is just like, you know what, I’m in. I just submit to this and I love it.”

Part of this most recent sonic highway for Maida and company required a reunion with longtime OLP guitarist Mike Turner, who contributed to Spiritual Machines 2 and also took part in the acclaimed Wonderful Future Tour.

“I said in interviews before we released Spiritual Machines 2, it’s like we couldn’t have done it without it Mike,” Maida shared honestly. “He brought that book into the studio when we were starting to make that fourth record. I couldn’t conceive ever releasing a Spiritual Machines 2 album without Mike being a part of it.” 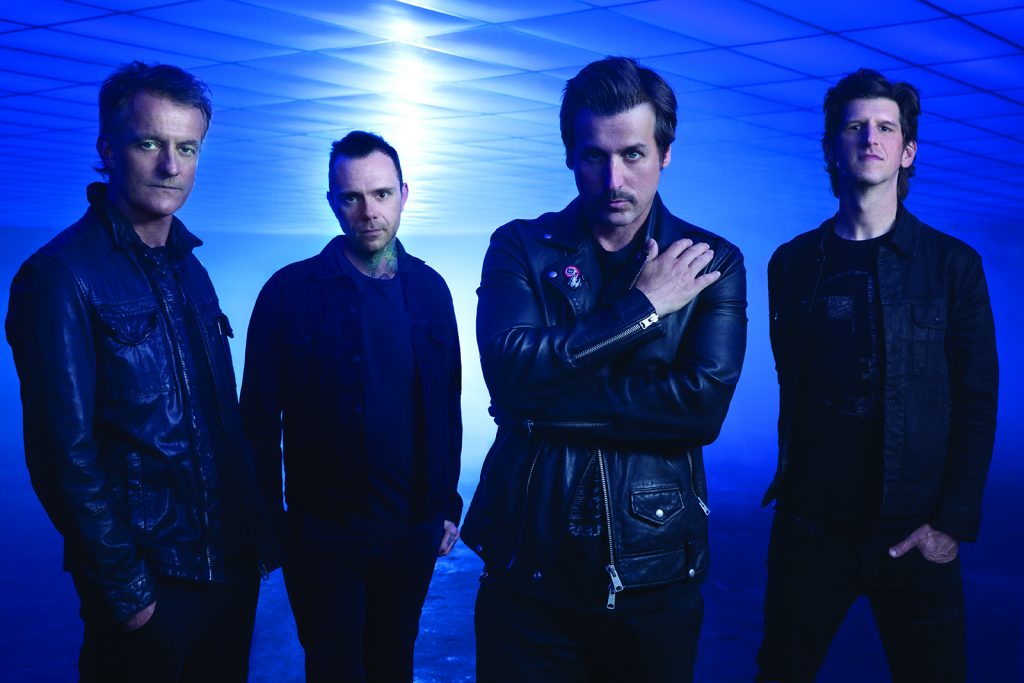 To the business at hand, and the band is set to return to Newfoundland and Labrador at the inaugural Churchill Park Music Festival, alongside fellow chart-toppers Matchbox Twenty, on August 13th.

“It’s funny. I go back to the George Street ones that we’ve done. That just really gives me the vibe of Newfoundland,” Maida shared with a smile. “It’s such a special thing. It doesn’t always work out in terms of scheduling how we can make it work. But there’s never been a huge gap, I think, where we haven’t played Newfoundland. So I can’t wait. I definitely love playing in the summer more than the winter too. I”m glad we’re coming back during the summer (laughs).”

Further reflecting on the winding road of ups and downs and startling successes that have defined Our Lady Peace, and Maida is refreshingly honest about the journey, and more than content with the destination.

“You talk about Gravity. Like, that thing blows up in the U.S. Somewhere Out There is a huge hit and Innocent and it’s like all this attention. And that was really like five albums into our career, right? So that was weird. People are like, ‘Wow, can you believe you’re having success again? And I’m like yeah, but you know what? For me, I was just judging myself on a body of work. Like we’re not there yet. And I always held to that,” Maida shared, honestly, concluding that, with this most recent chapter in the Our Lady Peace discography, the mosaic fells complete.

“It’s funny, because now with Spiritual Machines 2 included in that body of work, now I think I can call it a body of work and I’m cool with it. So it’s a great moment to be in this band.”

For tickets and more information on the Churchill Park Music Festival visit churchillparkmusicfestival.com