Flip Side | For the Love of Vinyl 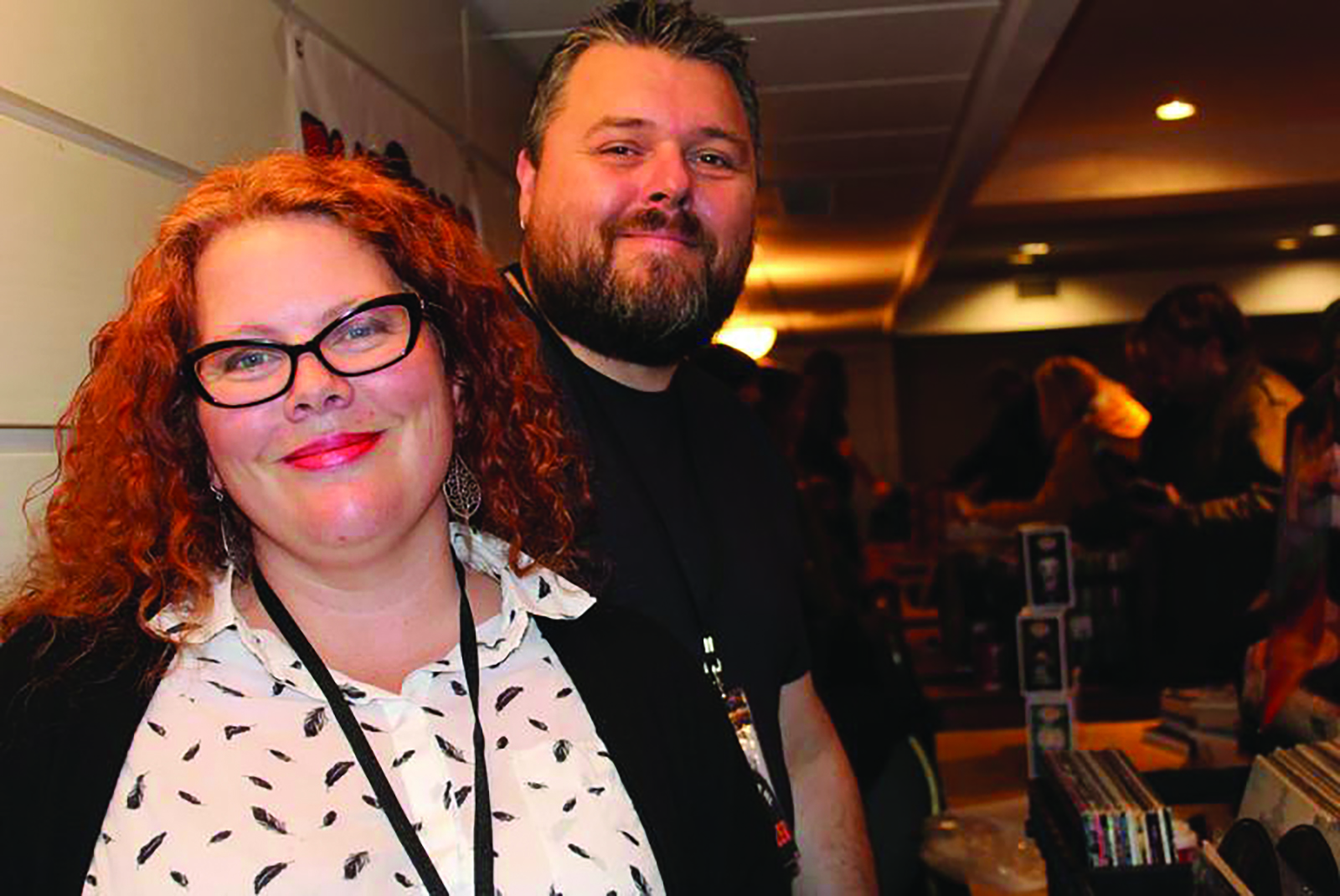 Doug and Melisa Jones, operators of Flip Side Music + More and Record Fair NL, dive-in to their longtime passion & love of vinyl

Nostalgia is a powerful thing. It has the innate ability to transport through time and space and to conjure up feelings we scarcely recall we had in us. But there it is, tucked away down deep, awoken by a sight, sound or smell.

For many, music is a great binder, a changer and binder, an agent of togetherness. The vinyl record, for example, was the touchstone of a place and time that signalled the boom in musical innovation; the dawn of blues, the rise in heavy metal, birth of hip hop and emergence of the country music star.

No longer is the vinyl record a figment of the past. No, the record is in, baby, and those in the know, know best that if you need that rare find or can’t miss hot product, you go to Flip Side.

“When I was growing up, there was vinyl at Woolco, Zellers … Fred’s had two locations, Tony’s in Mount Pearl was on the go. So there were a lot of places at one time that kind of dwindled off,” recalled Doug in a sitdown with The Herald. 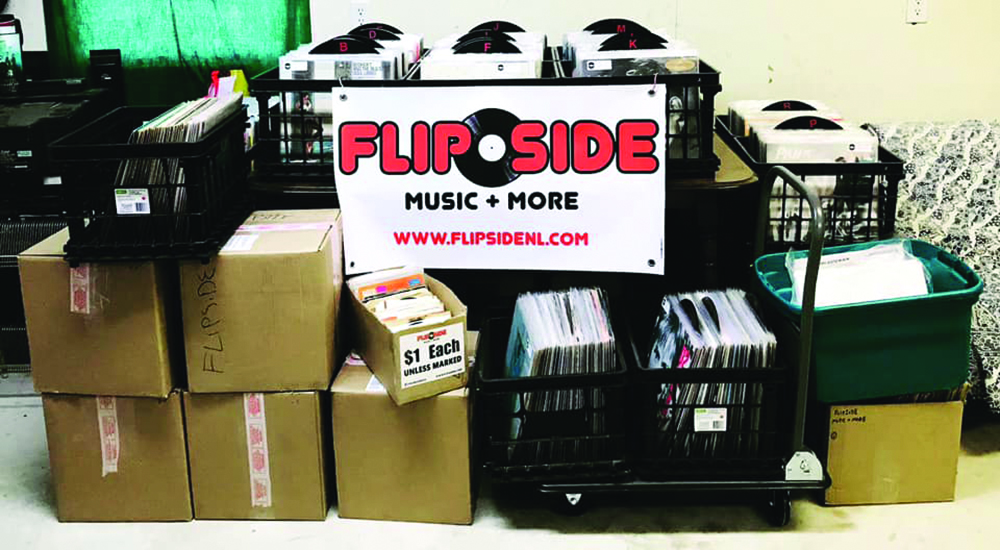 “We grew up with records. There’s a picture of me on the Flip Side page. I think I’m probably two years old with a McCartney record held upside down in my dad’s office. Beatles records all over the floor. I grew up with it, and I kind of left it when I moved to the mainland for a few years.”

Returning to the island years later, Doug would meet his soon to be life-partner in Melisa, bonding over – you guessed it – a mutual love of vinyl.

“There was a Sunday flea market (in Ontario) and I started picking up records again. Meanwhile, here at home, I had all my stuff in storage, so I moved back and continued on and then we met (gesturing to Melisa),” Doug shared.

“We both owned our original record collection,” Melisa adds, with Doug laughing that, “Our first date was actually vinyl related. It had to do with Houses of the Holy (from the iconic Led Zeppelin).”

The rest, as they say, is written in music history. The pair wed, had children, and laid-down roots on the island, but their mutual love of music, and the ever-alluring vinyl, remained strong.

“When our kids got a bit older, we started buying records again. Doug kind of got really good at finding hard to get stuff,” Melisa explained.

“We started out and he’d say, ‘Well, I’m ordering from this site, do you guys want to go in on it?’ Like on some local groups to kind of split shipping. And then it kind of evolved from there.”

“When you’re ordering from Europe or Japan or wherever else it’s a high cost. So we threw in a few (records) and then would sell those to offset the shipping,” Doug adds. “And then we kind of decided, well, let’s try and bring in some new stuff. And to do that you need a GST number, a business number. So we said ‘Well, let’s give it a shot and invest a little bit of money and see where it goes.’”

Adds Melisa, “We already run another business, a bigger business as our day job. So it wasn’t a huge learning curve for us. Retail’s different with inventories, but actually going through the processes of dealing with business stuff, it’s not a stretch.”

Developing their own record-slinging business came out of a necessity to find that ever-rare collector’s find and hidden gem as anything else, the couple explained.

“We couldn’t really find some of the titles we were looking for locally. Like I said before, I grew up with Fred’s and it’s a wonderful spot, but it doesn’t really have some stuff that you would be looking for outside of what they carry. So hard rock, metal, hip hop, even a bit of jazz and stuff,” Doug admits. “We just started bringing stuff in, reggae as well. So yeah, that’s kind where it started. And here we are, four years later.”

For the record, vinyl is back in a big way, long since overtaking CDs as the most in-demand form of physical media. 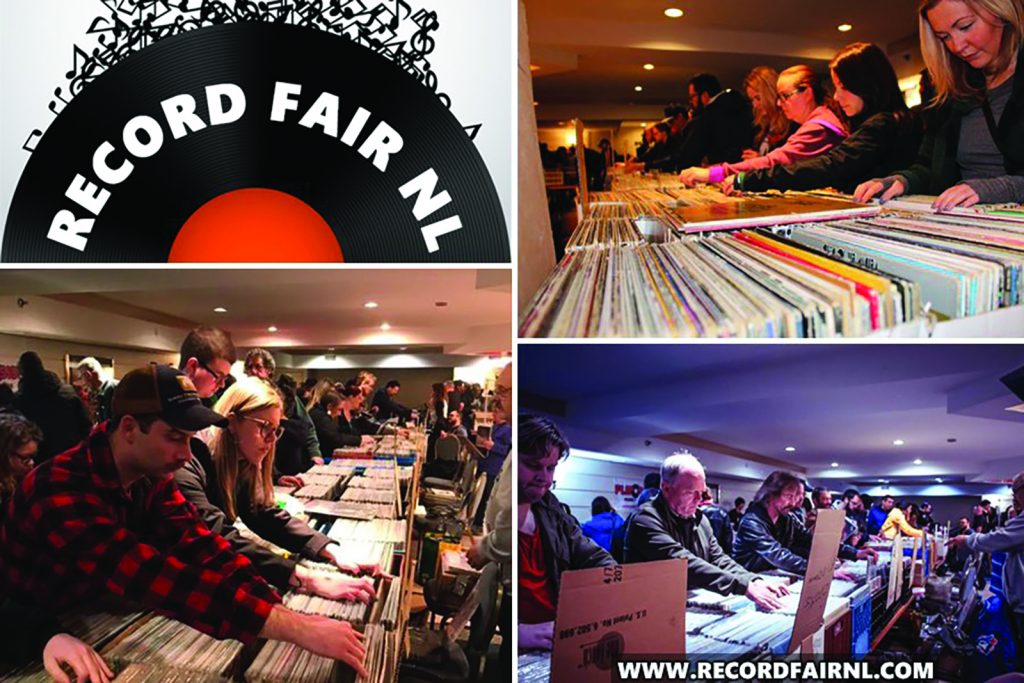 In Newfoundland and Labrador, vinyl is massively popular once again, and Flip Side has capitalized on that boom, much to the delight of their patrons.

The couple went one-step further in their vinyl love, kick-starting the now must-attend Record Fair NL in St. John’s, a record-lover’s dream-day jam-packed with vendors carrying everything from the latest-and-greatest-stuff-on-wax to rare finds and golden oldies.

What started as a, ‘let’s see where it goes’ proposition, has evolved into a bi-annual exercise in a provincial love of vinyl.

“The first one was a gamble,” Melisa admits. “That very first one, we had no idea what to expect in regards to patron numbers and that kind of thing. It was at the Legion and the first one we automatically knew we had to go bigger. Anyone who was at first one, you couldn’t move. It was shoulder to shoulder.”

“When we first tried it, it kind of came from an idea of a local vinyl group that wanted to do a get-together,” adds Doug. 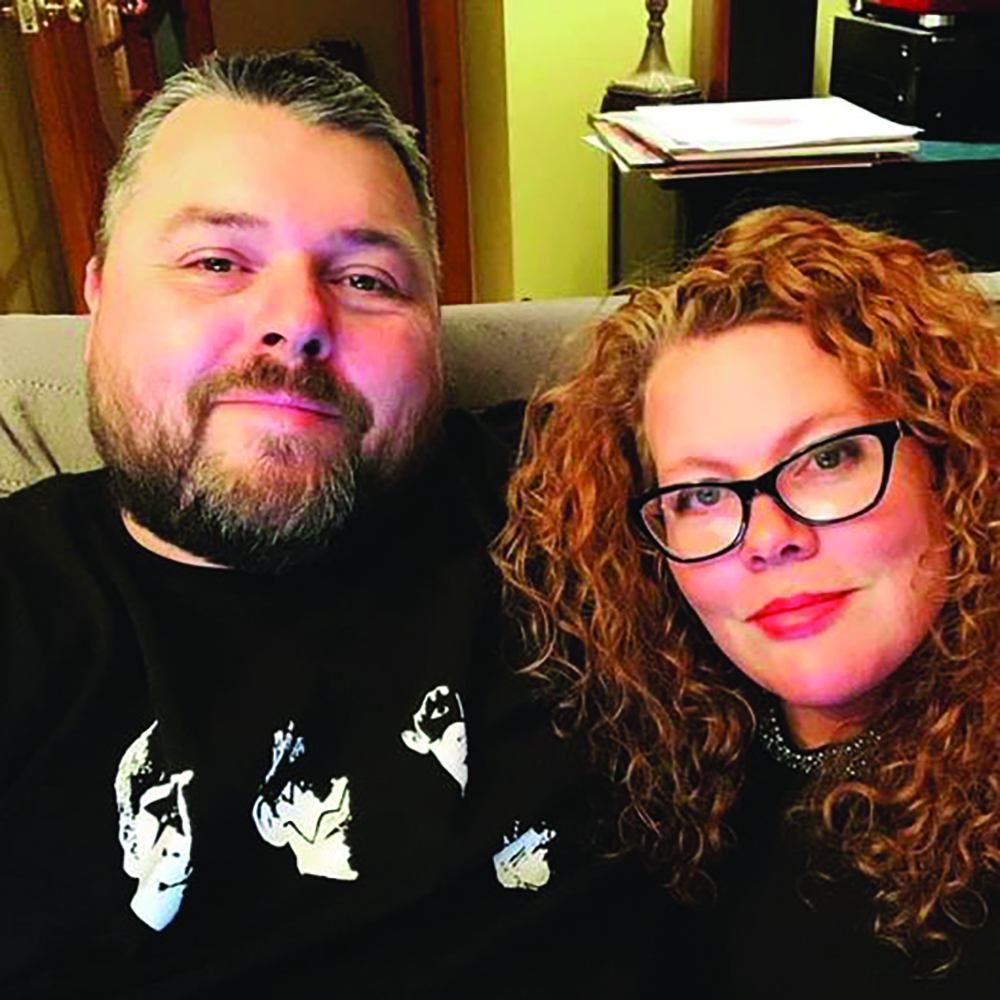 “We kind of said, ‘Well, let’s expand on that a little bit and we’ll reserve the small room and the big room at the Legion and we’ll see what the interest is’. So I think it was probably within 24 hours we said, ‘Yeah, OK, we need the big room.’ We’ll try it. We’ll charge a buck to get in to cover the cost and do it DIY and do it right. I mean, I grew up playing in punk rock bands and you go rent a hall, rent a PA, put the show off and away you go. That’s kind of been our philosophy for the record fair.”

With the next installment of the Record Fair NL scheduled for May 15th at their long-time home at the St. John’s Farmers’ Market, and with Flip Side’s business booming with both local and international buyers, we pose the perhaps obvious question: why vinyl?

“It’s not a fad anymore, right? You can’t deny it. So I think part of it is a nostalgia factor, for sure,” says Doug.

“Part of it, for us personally, everybody’s life is pretty hectic. And if you can come home, drop the needle, just sit for 22 minutes per side and not really have to think about anything else. There’s immense value in that. And then you’ve got the gearheads who love their turntables and cartridges and sound setups, and they’re really into it. And then there’s other people who just like to hang out with their kids and share music with their friends.”