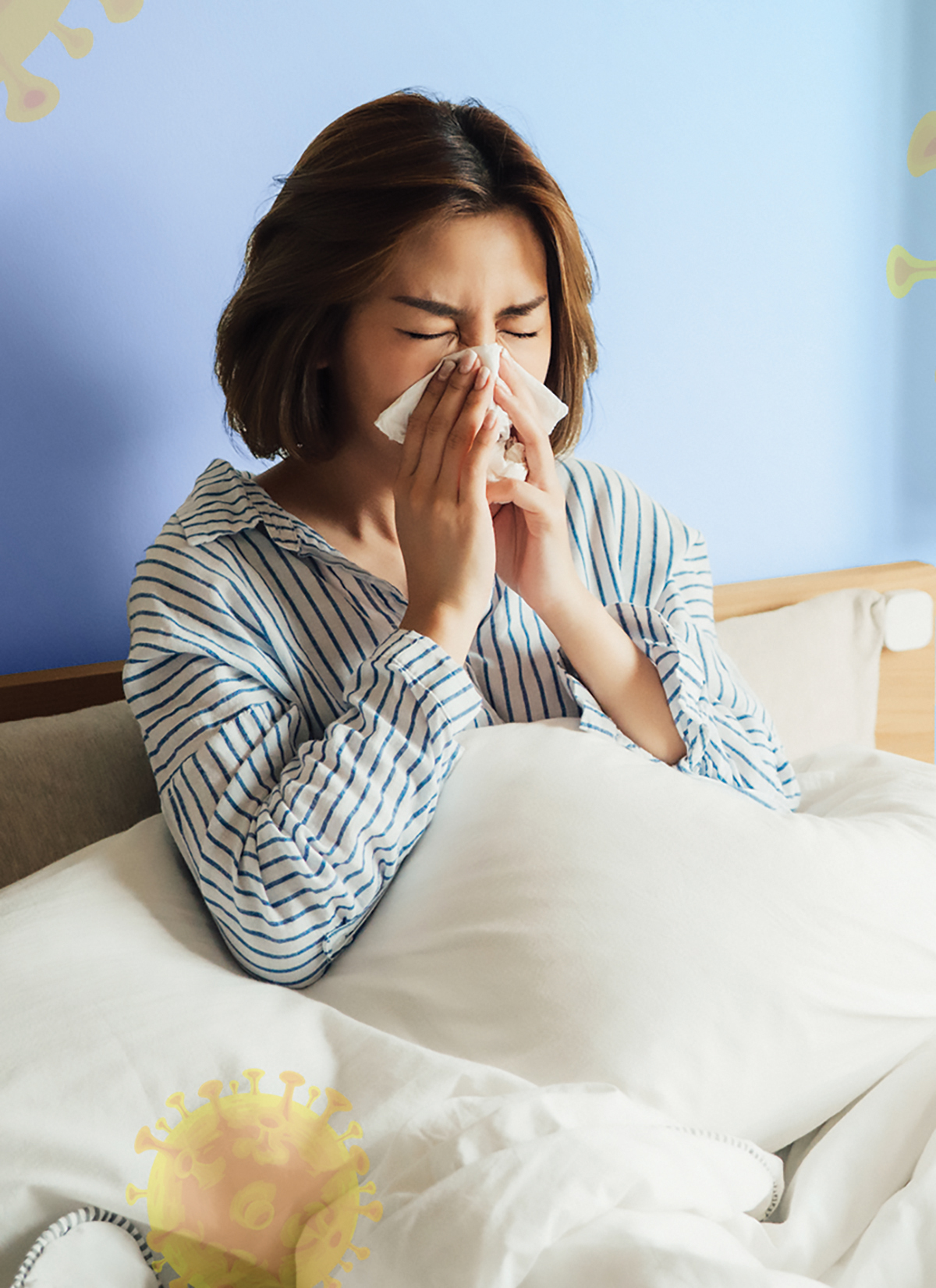 Dr. Janice Fitzgerald said everyone would eventually catch the virus. Still, when I saw that blue line on the rapid test just after the New Year, I was in disbelief. With all the travel and going I’ve done, you kind of get to feeling a little invincible, or at least immune, so when you get derailed at the start of a busy day it throws you for a loop.

I’ve always been the kind of person to keep going through any illness – until officially told I’m sick, that is. I’ll go like the dickens until I’m derailed by an actual diagnosis, and then, look out! I turn into a big ol’ sooky baby in seconds.

I stop going, I stop eating and I start sleeping. In fact, once I’m officially diagnosed, I’m lucky I can get out of bed at all. Give me permission to be miserable, and I’ll milk it for all it’s worth.

Catching COVID was no different, though it did take awhile for the facts to sink in. I had actually been feeling poorly and been enjoying miserable health for over six weeks and had been on antibiotics and over the counter meds for a sinus infection that simply wouldn’t go away.

Having had many in my lifetime, no pesky drippy nasal cavity could slow me down, and, with the mandatory one or more symptom COVID tests confirming it wasn’t ‘da vid,’ I just kept going full tilt through Christmas.

The Monday after New Year’s, I crawled out of bed, made a kitchen appearance, then crawled right back in the bunk. Thankfully, I had nothing going on that week and, besides interacting with the same few people day-in-and-day-out, I went no where and did nothing.

After the holiday exhaustion, I figured, or a possible return of that troublesome sinus infection. I’d just suffer through it, I told myself.

The end of that week was shaping up to be busy with back-to-back errands and appointments. I prepared to just shake it off and hit giv ‘er. A friend suggested I take a rapid test and see ‘just in case.’ I told my friend I’d likely test myself later that afternoon, though I was sure it was a waste of time. A case of the COVID-possibly-positive guilts saw me sticking the long-as-me-arm swab up to my brain first thing after all. Within second, the ‘C’ line turned blue.

I had COVID. The day was derailed and I had a few calls to make. I went home and went to bed out of it. A PCR test confirmed the diagnosis a day later, and, luckily, the few unlucky candidates with whom I had interacted with over the week prior to my diagnosis tested negative, though full disclosure; as of press time, one contact tested positive on a rapid test five days after a negative PCR. It’s been quite the COVID circus.

Rules change almost daily. From who gets tested (no symptom folks who have had contact with a known positive, yes. If you have symptoms, assume you have it and isolate) to what to do if you test positive on a rapid test (no PCR required as of now and, from what I was told, you only contact contacts after a positive PCR.)

Isolation requirements have changed, too, so have some guidelines; like start counting from first symptom onset if you have any, or from first case contact if you don’t. And, since testing is now limited, while this province’s COVID positive numbers still climb, the actual virus-positive numbers are much, much higher.

What hasn’t changed, however, is our attitude towards others. My poor daughter had been part of her school’s “suspected” group and had to endure three stick-up-the-nostril tests in a row and had to have a locked-down holiday.

Telling her she had to have yet another test and endure another lockdown days after having her freedom was painful. She took the news like a champ.

The one friend she had interacted with was a darling, as was the mom, and my partner couldn’t have been more of a hero had he worn a cape.

As for how I’m feeling? Horrid, thanks for asking. I’m exhausted. Breathing takes real effort. My head is constantly full. I don’t care if I ever eat again and I’d rather piss the bed than get up to go to the bathroom. But, I’m assured this won’t last forever, so until I gets rid of da vid, I’ll just lay back and enjoy my poor health to the fullest.