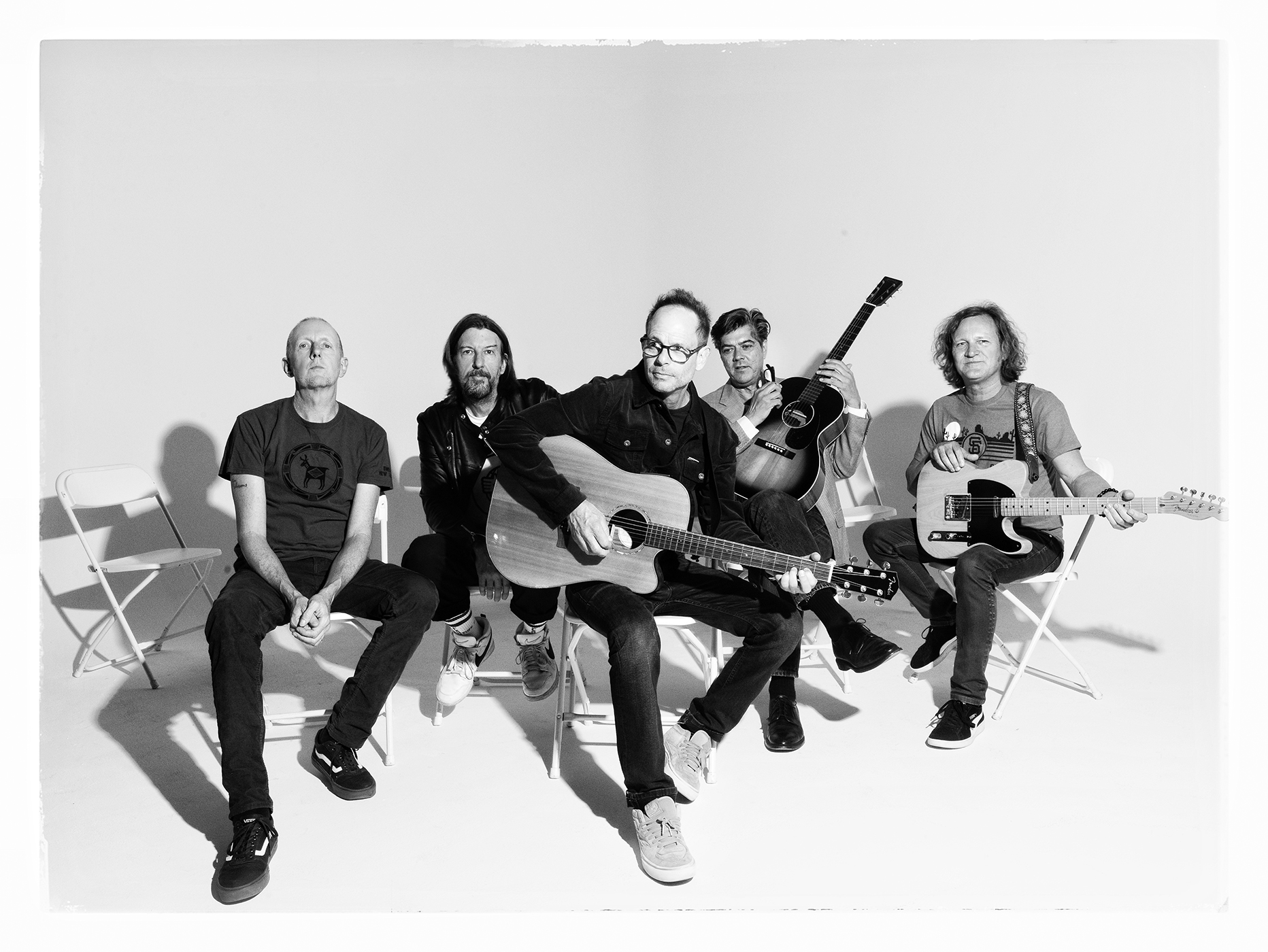 Frontman of rock charttoopers Gin Blossoms, Robin Wilson sat down with The Herald for his thoughts on NL, touring and the 30th anniversary of New Miserable Experience

Gin Blossoms frontman Robin Wilson has just returned from the road, touring North America alongside Canadian gems Barenaked Ladies. He’s deep in a remodel for his Long Island home, a byproduct of a tragic fire that claimed his property in 2021.

Through it all he remains upbeat with a pitch-black humour, joking, “The tour was a breeze compared to being at home.

“I enjoy that kind of touring where we’re doing five shows a week. We stay in a bus, we’re playing with other bands on a package tour. It’s where I absolutely am at my happiest and give my best performances. So that’s easy. It’s hard being home and having to go to Home Depot twice a day and, you know, deal with my son and my ex-wife, and have to just deal with being alive at home. The road is much more simple.

“I only have to know two or three things a day. What time is the meet and greet? What time does the show start? I have some responsibility to be healthy and prepared to give a good performance, but my life is very simple out on tour.”

Wilson’s sitdown with The Herald came in advance of Gin Blossoms’ return to Newfoundland and Labrador for the first time since 2015, when the 90s charttoppers would take the stage at the inaugural Churchill Park Music Festival.

Wilson, for his part, expressed enthusiasm to perform alongside fellow rockers Our Lady Peace, also quipping that the island boasts “a beautiful community and a lovely countryside.”

But the much-hyped festival was only the tip of the iceberg for a defining year for the band.

2022 marked the 30th anniversary of Gin Blossoms breakout album New Miserable Experience, a record that conjurers up bittersweet memories in no small part due to the tragic suicide of founding guitarist Doug Hopkins in 1993.

“Yes, it’s very heavy,” Wilson admits of revisiting their sophomore record, one that spawned the hits Hey Jealously, Until I Fall Away and Found Out About You. “There’s a lot to think about, there’s a great deal to unpack when thinking about New Miserable Experience. Of course, most of it is pride and pride in the band for surviving and for continuing our career, but there are many bittersweet memories associated with recording New Miserable Experience. Losing Doug, and then just the grind of being on tour in the van for two years promoting the record and just never being home and always being on tour in the van and sleeping in the van, driving all night. A very unhealthy lifestyle.”

The push towards platinum status  would be an arduous one for Wilson and co., with the album not becoming an overnight success, but rather a byproduct of grinding from gig to gig.

“We were in that van so much, we were always getting sick. And it just went on for, as I say, like almost two years. And it was rewarding, but it was incredibly hard work,” Wilson recalled.

“It was a real sacrifice to just be away from home all the time for so long and to be in such discomfort, crammed in the van with everyone all the time. It’s not a lot of fun and it’s a real sacrifice to dedicate yourself to breaking the record. And so when the album did finally break and we had a hit, I feel very justified in saying that we earned it. Not only through the making of the record and the writing of those songs and keeping the band together, but all of the touring and promotion and self-sacrifice. It’s not easy. And I can wrap this up by saying that again mostly what I feel is very proud.”

While the band and their global audience of fans toast three decades of New Miserable Experience, Wilson is adamant that all hands refuse to rest on their laurels, with new music on the horizon.

“I’d like us to make a record sometime in the next few years,” Wilson shared. “I don’t expect it to sell. It’s just not a thing that seems to happen much anymore, record sales. But it’s important as artists to continue to record and write new music, and I look forward to that process. In fact, I’ve already got songs in the can. I’m ready to go as soon as my band mates want to get into it.”

For all things Gin Blossoms related visit the group’s official website at ginblossoms.net