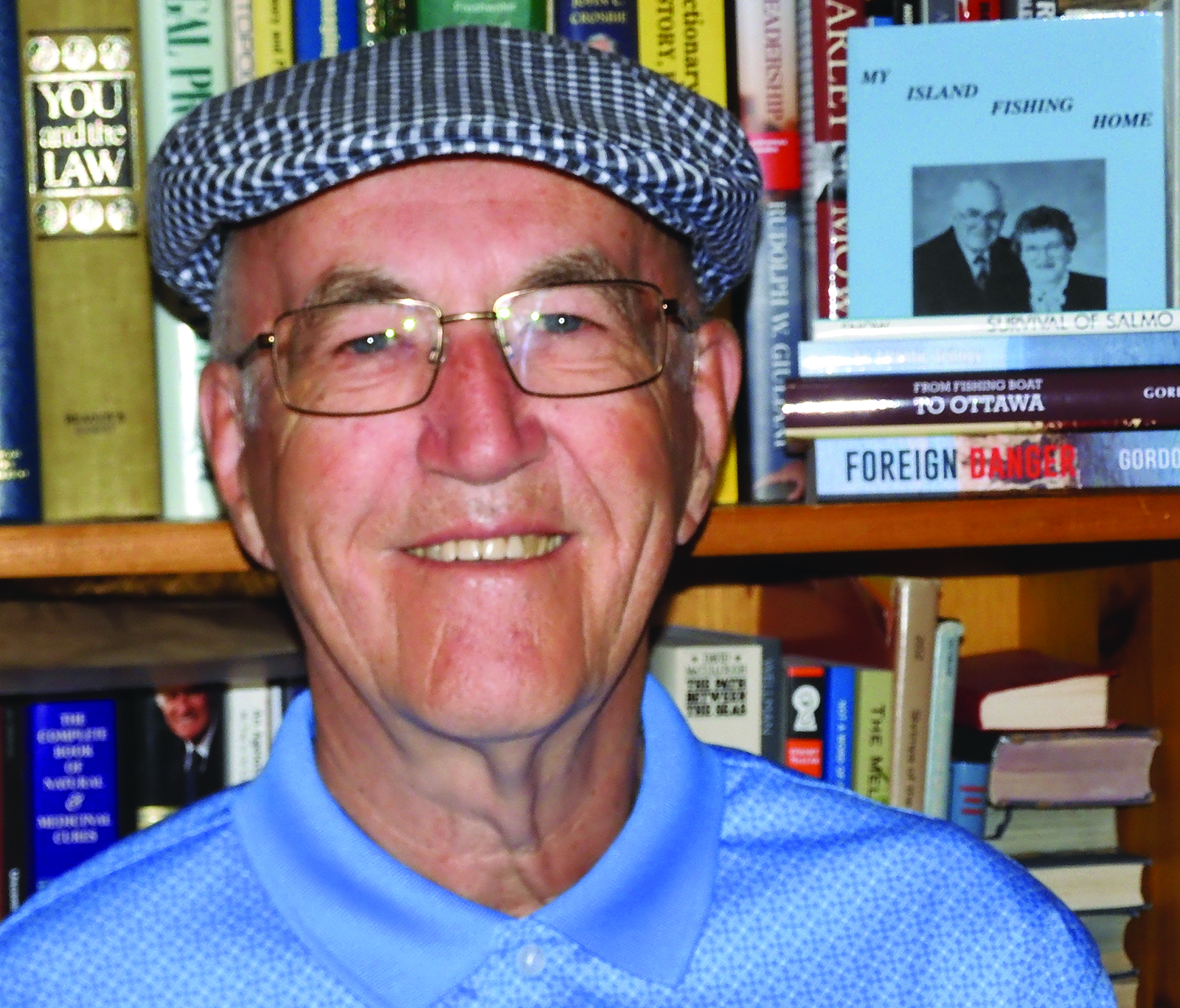 Newfoundland’s own Gordon Snow spent a lifetime in the fisheries.

A graduate of Memorial University in Biology and Geography, Snow spent over 35 years in the fisheries sector with the Canadian government and private industry in resource management and harvesting through the market, consulting those in government and industry and travelling to international markets over the course of three decades.

Snow did his research, and kept notes, and as such had more than a few stories to share.

“All of my fishing career, I had gathered a lot of documentation and oh jeez, I don’t know how many years it took before I got around to writing the book called From Fishing Boat To Ottawa,” shared Snow, a proud Newfoundlander who now calls Ottawa home. “I pretty well told the whole story of the fishery off Newfoundland as it pertained to Canadian fisheries and also foreign fishing as well.”

Snow’s From Fishing Boat To Ottawa applied his vast experience in government and industry as a manager and consultant to reveal hidden features of Eastern Canada’s fishing industry. It would follow An Atlantic Trilogy, a trio of tales of survival and tragedy centered on a fishing family, pilot whale disaster and a unique take on an Atlantic salmon’s life story.

Most recently, Snow made his debut foray into fiction with Foreign Danger, a novel of drama, suspense and intrigue that applied Snow’s own real world fisheries expertise and examines fisheries surveillance on Canada’s East Coast.

“I used to have a chance to explain to a lot of people here in Ontario about what happens offshore in Newfoundland with foreign fishing. They only know what they see sometimes in the news. So a friend of mine said ‘you should write a novel about that,’” Snow recalled. “I thought about it for a couple of years before I got around to it. And then in 2021 I managed to put it all together and got a publisher over in the U.K. and that came out. And of course, it’s called Foreign Danger.

“When I was in Newfoundland I was director of resource management there. I was involved in all the offshore activities related to foreign countries and whatever. So based on that, I wrote a novel. Now, a lot of it of course is true. It’s very realistic, there’s no doubt about that. But there’s a lot of parts of course that are not. I used my imagination on a lot of it as well.”

Reflecting on three decades since the cod moratorium rocked the foundations of the province and Snow, who was in a real world position to see the ins and outs of the devastating deal, pauses.

“It was catastrophic, and it should never have happened,” he admits, explaining that warning signs were there long before ‘92.

“Back in the ‘84 and the Kirby report came out saying that we were going to have 465,000 tons of cod available and all this kind of thing, my information didn’t agree with that. And I sat down with some people and sort of explained to them and the final answer they used to give me was ‘well, this is what the scientists say.’ But you see, there were other things happening as well. I was talking with fishing vessel captains from all across the south coast who were out on the Grand Banks fishing for years. I talked with many fishermen, and the information they were giving me certainly didn’t justify that there was going to be this big influx of cod, for instance, and other ground-fish as well.

“Of course that could never last,” he adds somberly. “When I got out of university in 1970, I knew one thing for sure: unless we change management in fisheries, it couldn’t last. It just could not last. And of course, it took till ‘92 before it was completely fished out. It’s a sad story. Of course, what kills me is I was part of it. It was a sad, sad state. I mean, a lot of fishermen and a lot of people were out of work. Thousands, 30-40,000. So that’s catastrophic. It was a sad day, there’s no doubt about that, when John Crosbie had to announce that.”

For more on the written works of Gordon Snow and much more visit gordonsnow.com