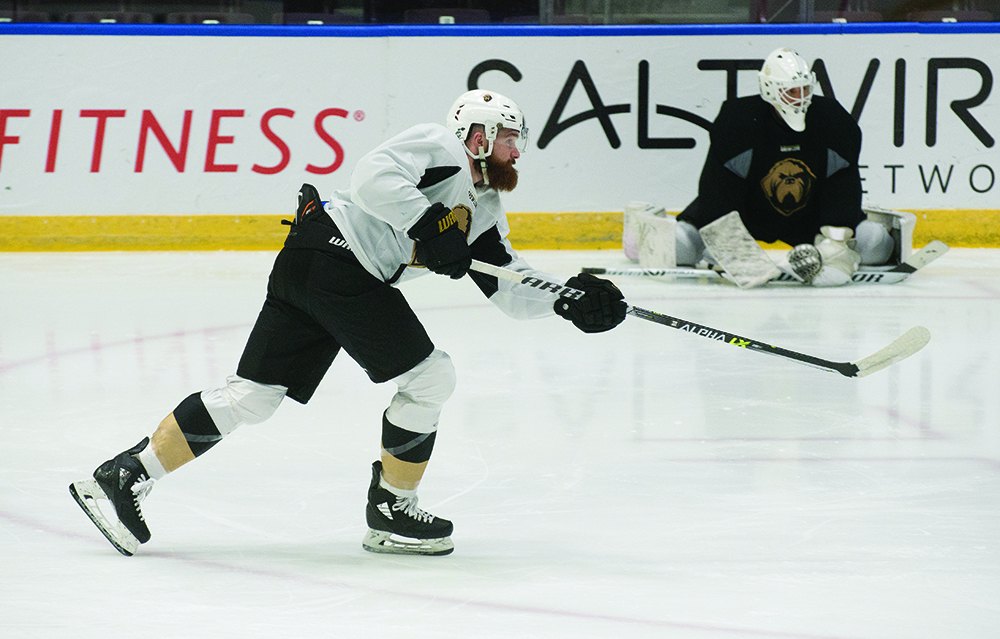 Todd Skirving may have been born in Thunder Bay, Ontario, but after three seasons (one not played because of COVID) with the Growlers, he’s embraced Newfoundland as his home.  “This is kind of a second home to me. My heart’s here, so I like to think I’m an honourary Newfoundlander,” he said.

His heart is in the game – and in the province – so fiercely that he adds, “I don’t want to break out the news too early, but I’d like to come back next season to play again.”

Part of the attraction are his teammates. “We’re definitely fortunate. We get a lot of help from up top from the Leafs and the Marlies so we get a lot of good players and a great coaching staff… we’re a tight knit group and having the staff and the support systems that we have here, from nutrition to mental health on and off the ice, I think that just makes everyone feel comfortable and excited to play.” 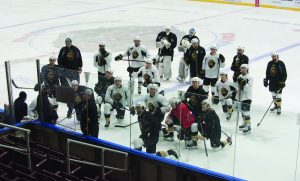 Skirving has had a great hockey season and he’s been a fan fav. His thoughts? “I always say and I tell the young guys, as long as the opportunities are coming, that’s a good thing. It’s when they’re not coming you should worry. Just take it one shift at a time and then focus on the next opportunity.”

The team has been blessed with not only strong players but great goalies too.  “Our goalies have been the backbone to our team this year. It allows us to play the kind of style of game we play offensively.”

Has he adjusted to the NL weather here now that he’s three seasons in? He laughed. “It’s like Thunder Bay, four seasons in one day; rain, snow, sun, clouds, and all of the above.”

Skirving shared he has a good rapport on and off the ice with Marcus Power, James Melindy and Zach O’Brien as they’ve been playing together since their first Kelly Cup championship. “Marcus and Obie (O’Brien) are two special players. Obviously, they’re very talented, very gifted offensively, they put up a lot of goals and points and helped our team win a lot of games, but at the end of the day, they’re also good people too. I enjoy being around Obie and Marcus and our captain James Melindy.” 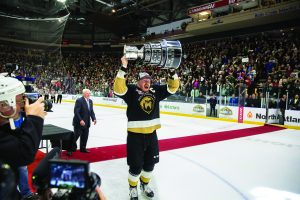 Melindy worked towards becoming a firefighter when the season was cancelled due to COVID, so the team wasn’t sure if he’d be back.  “I remember saying all summer long how he was the last piece to our puzzle. He is the anchor in our locker room. These players have been at the top, they’ve helped us win a championship, and they are good people off the ice and it keeps the locker room tight.”

Skirving was also close to Chris Abbott who portrayed the mascot Buddy the Puffin. “It still almost doesn’t feel real. The last couple of games, being at home again for three games and not hearing him holler? We talk about it in the locker room. I think our playoff this year is going to be for Abbo. We’re starting to come up with some slogans and whatnot. It’s definitely a big loss, not just for us and the Growlers team, but I think for the hockey community in Newfoundland and Labrador.” 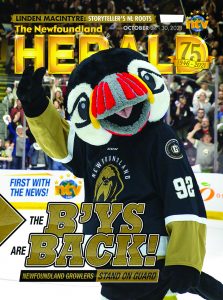 There’s a framed picture of ‘Buddy’ at home, he added, and a little display dedicated to his late friend. “It just feels like life cut short and we missed out on a lot of opportunities. I feel like we always said we’re going to grab a drink but life gets busy. He was a big Yankee fan and opening day is today, so we probably would have got together and I miss him.”