Hudson & Rex: A+ For Diesel 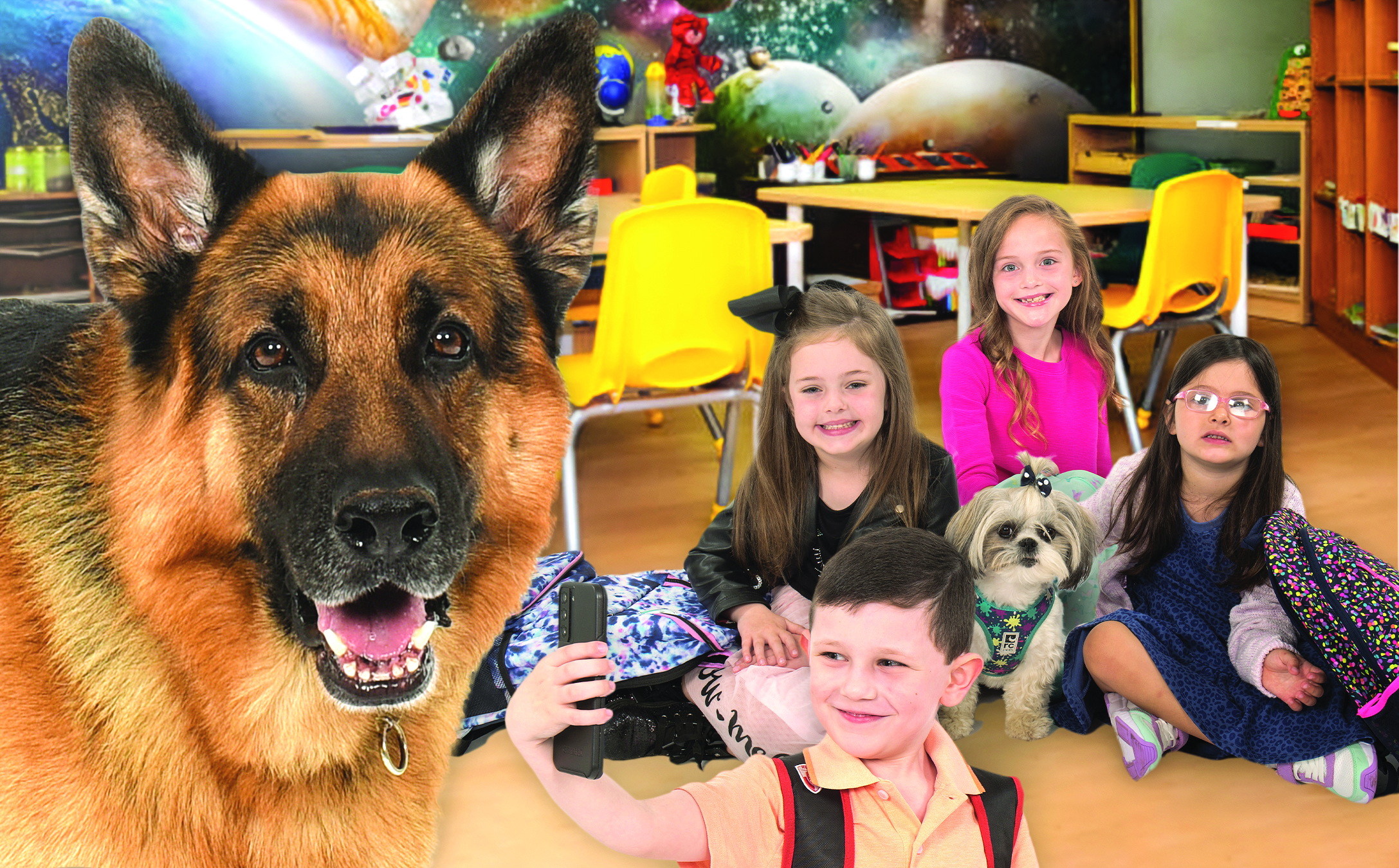 Meet Diesel, the pawsitively passionate doggie who plays Rex on the hit series Hudson & Rex as well as Diesel’s momma/trainer Sherri Davis who shares tips on helping families and their furry friends cope with back to school and the ‘ruff’ stuff like seperation

There’s little doubt Diesel, who plays Rex on Hudson & Rex, is a mega-star and one very good boy! The day the six year-old German Shepherd strolled into The Herald with owner Sherri Davis, he easily stole the show.

Every mega-star has a stunt double and Diesel had two. “Diesel is the face of the show, and our main dog who does 99 per cent of the show and then the other one per cent is played by his nephews Iko and Is-he,” Davis said with a smile.

Davis has been in the film industry for 25 years and been training dogs just as long, she explained. How did she and Diesel meet? She’d been looking for that perfect companion for years when the call came that there might be a puppy available for her to work with. She booked a flight to check out the possible find.

“I went and looked at these two pups and Diesel was at the far end of the kennel on the right hand side and this dog just kept locking eyes with me,” Davis said.

She was told “That damn dog was bought as a puppy and returned untrainable.” So I said, ‘Well, would it be good with these dogs? (looking at two young puppies she planned on buying) And they said, ‘His sister had these dogs,’ so they were the nephews. I went for one puppy and I ended up coming home with Diesel and his two nephews,” Davis said with a laugh.

‘Go get the bad guy’

Diesel loves his role on Hudson & Rex, David added and “he loves the chasing. He gets super excited when we do any kind of ‘go get the bad guy’ stuff. He’s so excited when he goes to work on a Monday morning and gets a back scratch from everyone.”

Davis has some expert tips when it comes to preparing our furry family members for back to school time. With COVID and working from home/schooling from home over the past two years, things have been a whole lot different than they will be this Sept. “As much as we think of our dogs as kids and think they understand and know what we’re saying and what we’re thinking and how we’re feeling – which is true – you can’t explain to them the future,” she said.

The time to start exposing our pets to any change in schedule is before it happens, Davis shared.  “There’s going to be that drastic change in their lives come back to school. Don’t do it all at one time and don’t make it drastic,” she said. Get the dog used to everyone leaving the house at one time, she advised. If you crate the dog, then start doing so now, a little at a time.

“Start doing it now instead of waiting until the day so that the dog is getting used to being in its own space again. It’ll make the transition much less stressful for the dog when it comes time for everybody to go back to work and school.”

Is there any one question that pet owners ask about, we ask. “Jumping and barking is the number one thing that I hear from pet owners – jumping up on people and barking. And I say to people all the time, ‘well, what do you tell the dog?’ And they say, ‘no.’ And I say, ‘No, what?’”

When we want a dog to lie down, we say lie down. When we want a dog to sit we say sit. What exactly does the word ‘no’ mean to a dog, she continued.   “A lot of times behavior problems is just miscommunication between owner and dog and what you think you’re telling the dog to do is not what you are saying,” she continued. Giving the proper command is key. So is being positive. “I often say, ‘no means nothing unless it’s used in conjunction with a positive.’”

Same for barking. “If you’ve got a dog that barks, yelling, ‘no, no, no,’ is not going to work. Teach it to bark or speak or ‘talk to me’ because then when the dog barks and it’s not supposed to, then it’s very easy for the dog to understand, ‘Oh, you don’t want me to speak right now.’”

It’s all about speaking in ‘dog language’ and communication, she added.

Davis says her Newfoundland experiences have “been amazing.” “We’re always very thankful for Newfoundlanders and for Newfoundland. People always welcome Rex wherever we go and the continued support for Hudson & Rex is absolutely amazing and we can’t thank you guys enough.”