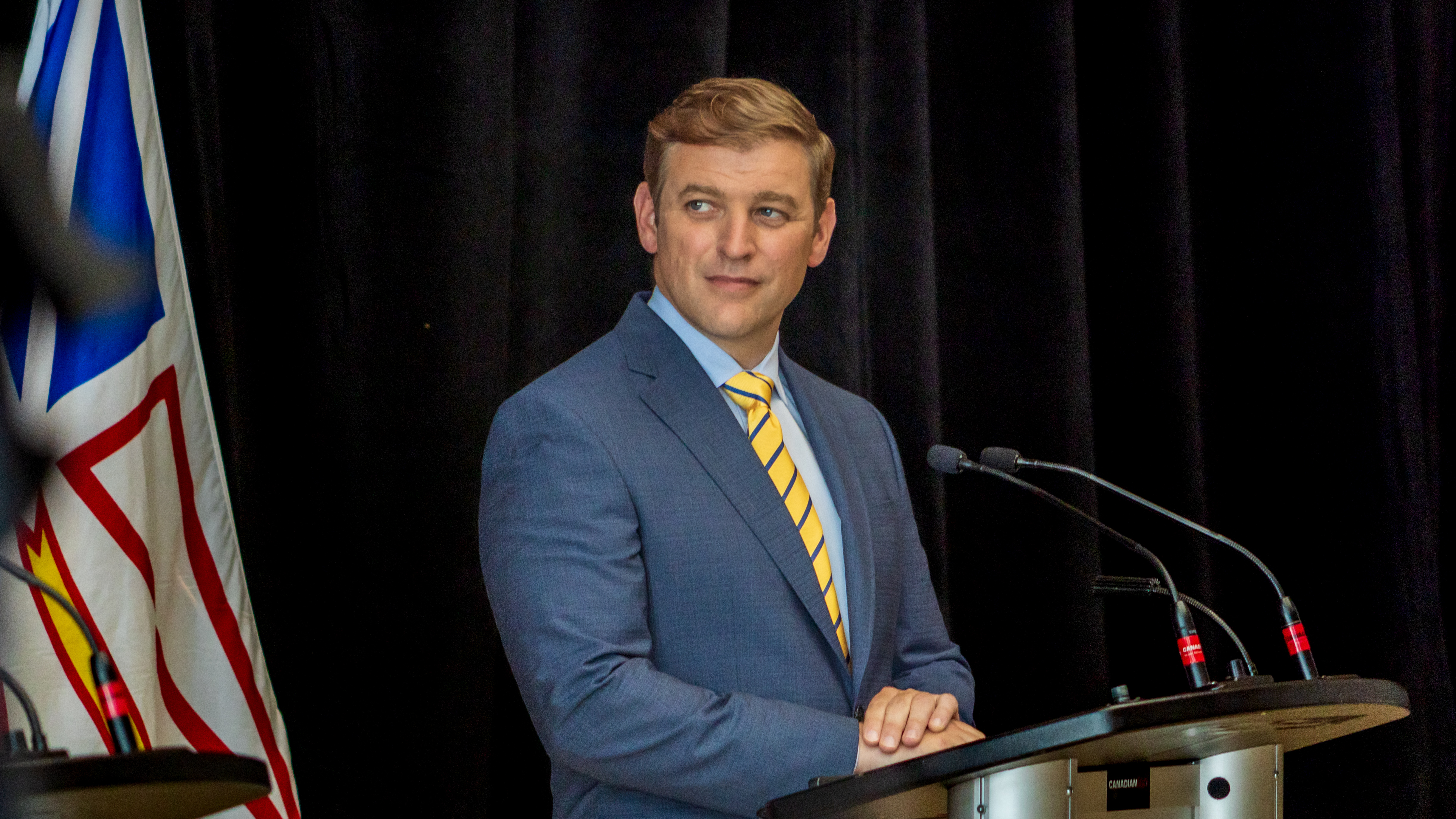 From long elections to life in Labrador, The Herald goes one-on-one with this province’s 14th Premier

The longest election in the history of Newfoundland and Labrador has finally come to a close and the Premier has sworn in his new cabinet.

As the dust following a tiring and tumultuous election settles on the ground across our beautiful province, many are wondering where we’re going from here. The Newfoundland Herald spoke with the Premier on topics from healthcare, our population, some election reflection, and more. Here’s what the Premier had to say.

Chubbs: After such a long election, what was on your mind while counts were rolling in?

Furey: Like most Newfoundlanders and Labradorians, I wanted the election over, certainly the longest one in our history. I was hoping that I (could) get back to work as soon as I could.

The people in Newfoundland and Labrador need a stable majority government to help navigate the rocky waters ahead. And that’s what we got.

The election certainly was a turbulent one. And I was anxious to get back to work to start putting together a cabinet and start to lay out the vision and the strategies for the next four years to help reshape Newfoundland and Labrador.

Chubbs: You won a majority government and unseated two party leaders. Was that the result you expected?

Furey: “I’m not sure what I expected. To be honest, this is a very different time with the extension of the writ period. I appreciate that all candidates went through a high level of anxiety, their volunteers and their family members too. And I’ve never been one to make predictions. And so I wasn’t predicting anything,

I was hopeful … for a majority government, again, so that we could have a stable footing to help redefine and re-imagine who we want to be as we emerge from this pandemic in this economic crisis and set the stage for a sustainable future for Newfoundland and Labrador.”

Chubbs: COVID-19 revealed healthcare vulnerabilities in Labrador like the airstrip in Nain. Are there any plans to resolve some of those?

Chubbs: Are there any plans to improve access to healthcare in Labrador in general?

Furey: Of course! We’re always looking at ways to improve healthcare, not just in Labrador West, but throughout the entire province. The reality of healthcare is that our communities have changed. And we need to make sure that the system is changing to meet the demands of the communities. And during the time of disruption, of course, no one wants to get COVID, but it has provided a significant disruption in all elements of our life, including healthcare, and we’ve recognized that perhaps we can … deliver care more efficiently … One example is the use of virtual care.

It was developing all along, but it’s been catapulted to the forefront of how we can deliver different kinds of care and different services to people around the province. I think it’s also become abundantly clear, with new graduates coming from medical school, that they want to practice differently, perhaps, than people practiced before, so we need to make sure that the system is meeting the demands of all healthcare providers … so that we’re developing a team approach to providing health care. That will make it more attractive for doctors or nurses or pharmacists to go to communities, and then stay and develop a family.

Chubbs: If you had the ears of current medical students who have their eyes set on practicing elsewhere, what would you say to compel them to use their skills in Newfoundland?

Furey: I would ask them to not consider that and to consider all that Newfoundland and Labrador has to offer. We have an incredibly bright future here – we have a good work-life balance. There’s lots of recreational activity, there’s lots that others don’t have. So if you’re attracted to downtown Toronto right now, I suggest you turn on the news and see how intense urbanization is working out there, whether it’s through the pandemic or the work-life balance. Newfoundland and Labrador, I think, provides a great opportunity for new grads to be able to practice the profession that they love … while living in sustainable communities (while raising) a family and to hit that work-life balance that many millennials in particular chase.

Chubbs: I read that you were looking to make bold, aggressive targets on immigration and re-imagining our population. What would that look like?

Furey: There’s no question that one of the biggest elements of the crisis touches on the economic crisis, and the health crisis that the province is facing … and the population/demographic crisis. And we have basically a population with almost 25 per cent approaching 65 or above, so exiting the workforce for the most part, and drawing most of the medical services that they require in retirement, but we don’t have that base of population to support them.

So we need to make sure that we are targeting population growth through aggressive immigration strategies, in hitting not just our minimal goals, but making sure that we’re attracting immigrants from around the world to come, work here, play here, create economic opportunities here and raise a family here. But we also need to make sure that we’re developing those same opportunities for growth on our own with our youth and potentially displaced workers across the province.

We want to make sure that we are aggressive in our immigration targets so that we can create economic opportunities in the workforce for the future of this province.

Chubbs: One driver of immigration is education. With the pandemic turning all that upon its head, are you worried that’s not going to be as reliable of a source of immigration going forward?

Furey: I think it still will be an incredible driver …  I don’t think we’ve realized the full value of that stream of potential new Newfoundlanders and Labradorians, and new Canadians bring to the province and we need to make sure that we have a more robust strategy than is perhaps in place right now to ensure that there is a pathway available for immigrants who are attending Memorial or post-secondary educational institutions across the province, to allow them to stay here.

There are many that I know who have come here for an education as you suggest, and then are interested in staying. But often the barriers are too high to allow them to stay.

We need to, as a government, make sure that we’re doing everything we can to minimize those barriers to allow those that have been educated here to stay here and again, create economic opportunities in the diverse workforce that is needed for the future of the province.”

Chubbs: How are you going to take the bull by the horns for the next four years?

Furey: Well, I think it’s most important that we’re bold in our thinking moving forward. I think everyone recognizes that there are challenges. But a challenge is an opportunity in disguise. And if we don’t see this time, as terrible as it’s been, as an opportunity to reinvent and re-imagine who we want to be as a people and what we want the economy to be … what we want the social fabric to be of Newfoundland and Labrador, then that will be a failure of immense proportions.

We have tremendous challenges, but we have a tremendous opportunity to reset Newfoundland and Labrador moving forward. But we need to make sure that we’re balanced and measured in our approach.

We need to make sure that we’re capitalizing on initiatives like transitioning to green energy. Oil and gas is incredibly important and will be for decades, but we need to use the value of that, to ensure that we can develop our capacity here to be the green battery that can potentially drive the northeastern seaboard. So those are some of the big kind of bold ideas that we were looking forward to rolling up our sleeves and getting to work on and including.

Chubbs: You’ve had the job for around eight months. Does it feel like eight years yet?

Furey: In a word, yes. But I enjoy it! I enjoy every minute of it. And I’m looking forward to the challenge.

I’m looking forward to working with all Newfoundlanders and Labradorians so that we can really create the opportunities that we all know that are here in this province.

Michael Chubbs, Intern with The Newfoundland Herald, can be reached on Twitter, or at Michael.Chubbs@dal.ca.