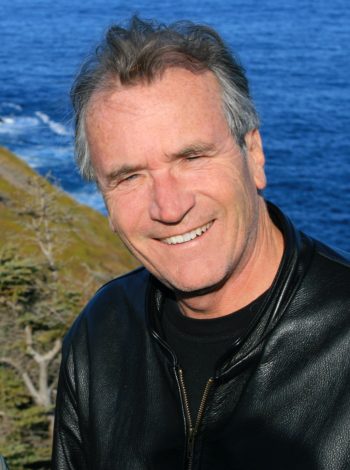 The Newfoundland Herald was saddened to hear that founder of Fred’s Records and local music legend Frederick Brokenshire has passed away at the age of 69. Below is his full obituary from Carnell’s Funeral Home:

In 1972 at age 19, Fred founded Fred’s Records and energetically promoted Newfoundland music worldwide through his Duckworth Distribution, Atlantica, and Latitude music companies. He was a founding member of the Music Industry Association of Newfoundland, later Music NL, and the East Coast Music Awards. He supported the careers of many local artists and managed The Irish Descendants. Fred brought many live concerts to the St. John’s stage, from John Prine to The Chieftains and was an active member of the Juno Awards Committee. Throughout the 1980’s he was also an innovative producer and presenter with CBC Radio.

An avid sailor, he weathered a hurricane crossing the Atlantic to St. John’s from Gibraltar. Fred explored his energetic curiosity collecting Newfoundland art, discovering the world’s wine regions with friends, and establishing the popular restaurant Django’s. He learned to fly, travelled the world, loved skiing, camping and a good ‘boil-up’.

Often described as a positive ‘force of nature’, his enthusiasm for life was inspiring. He was also kind, thoughtful and hugely generous with his time and the interest he took in those around him. Most importantly, he was a dedicated father who loved and cherished his children and grandchildren.

The family extends heartfelt thanks and appreciation to the dedicated caregivers of Pleasant View Towers for their sensitive and compassionate care.

Cremation has taken place.  Visitation will be held at Carnell’s Funeral Home, 329 Freshwater Road, on Thursday, October 28 from 7 – 9 pm and on Friday, October 29 from 2-4 pm and 7-9 pm.  The Funeral Service will be by invitation only and will take place at The Carnell Memorial Chapel, on Saturday, October 30, at 2:00 pm.  For those wishing to view the service, it will be livestreamed.  The link to the service will be posted on the Carnell’s website.  Please respect social distancing and follow all COVID 19 public health protocols.  The family encourages anyone who would like to share stories of Fred, to do so in the condolence section of the obituary.  Donations in his memory may be made to www.musicnl.ca.