From China to Newfoundland and Labrador, Jing Xia’s thirst for knowledge and mastery of the zheng continue to blossom in the wake of her debut album

She is perhaps one of the foremost masters of the zheng in North America. Jing Xia, born in Hunan, China, has been studying and practicing the storied instrument since the age of six.

Decades of study, tutelage and meticulous hours of dedication have made Xia one of the leading zheng performers of her age, with a thirst for knowledge that includes degrees in music performance, arts management, a drive that brought the impossibly talented world-traveler to Newfoundland and Labrador, where she is now on the final leg of her PhD degree in ethnomusicology at the Memorial University of Newfoundland.

“I arrived in Christmas time in 2015,” Xia shared in a sitdown with The Herald, sharing she has just finished her PhD defense at MUNL, though this place and its cultural prowess have made a lasting mark on an artist who has seen her share of performances.

“I feel so fascinated by the multicultural music scene here. The people are so open, especially musicians. When they first see you play your instrument and they invite you to jam with them it’s like ‘let’s just pick up an instrument and start to play.’ OK!

“That’s the biggest thing that I feel is so unique in this province is that the people are just so open minded for any kind of music collaborations. That’s why I enjoy my music journey here. A lot of things that I never imagined when I was in China I would be doing in the future, at that time.”

Diving in to her earliest lessons with the zheng, Xia recalls that she was pushed by her parents to put study and diligent training above the fair-weather leanings of a child, something she appreciates as she only grows in her craft decades later.

“I started to learn this instrumental when I was six-years-old. So yeah, it’s been decades and I guess it’s almost like a piano. It’s kind of easy to learn at first … but then you feel once you get to a higher level, you of course have to practice a lot,” she shared. 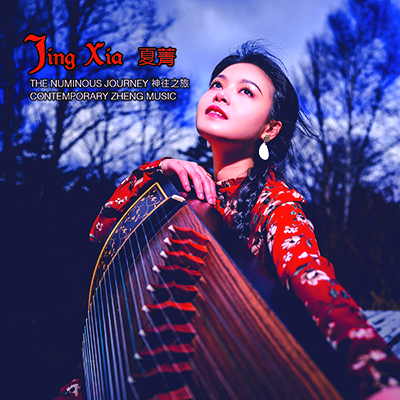 “I remember when I was little my mom always locked me in my practice room and asked me to practice instruments for my performance and all that stuff. My mom was kind of that tiger mom, you call this Asian parenting (laughs). Actually, now I feel thankful that she did that for me, because as a child you always just want to play with the other kids and you don’t want to work and all that stuff. But she pushed me to work hard and then I could get what I have now, get to this level.

“My parents are not working in the music field, but many of my relatives are musicians or they’re working with organizations, even in music departments and government music departments,” she adds. “And so I guess that’s why I started my journey in music, because many people in the family are doing music.”

Xia’s travels have brought her in the company of some of the preeminent artists across the globe, including renowned zheng virtuoso Mei Han, multi-instrumentalist and composer Paul Bendzsa, flutist Ellen Waterman, the Vancouver Intercultural Orchestra and even a performance alongside Newfoundland’s own trad-rock band Shanneyganock.

She has performed at the Newfoundland Folk Festival, Nashville Chinese New Year Festival, and Vancouver International Jazz Festival, explaining that  the rise of the Chinese diaspora of music only continues to grow here in North America.

“That was kind of also inspired by my research,” Xia shared of the record. “For my research I’ve met a lot of musicians. I did my fieldwork in the States, Tennessee, New York City and Vancouver, and I stayed in several cities for, gosh, almost a year in 2017. So basically the idea was just meet people, interview people, attend their concerts and work with them. I was so inspired by what they do in these places and their music projects. I feel like when talking with them, I realize my own diasporic experience is so diverse. And at that point I really wanted to have something concrete to record the diversity of my music experience in Canada.”

For more on Jing Xia and ‘The Numinous Journey’ visit her official social medias and pick up the album on your streaming service of choice.