Liam Hickey | Livin’ On The Sledge 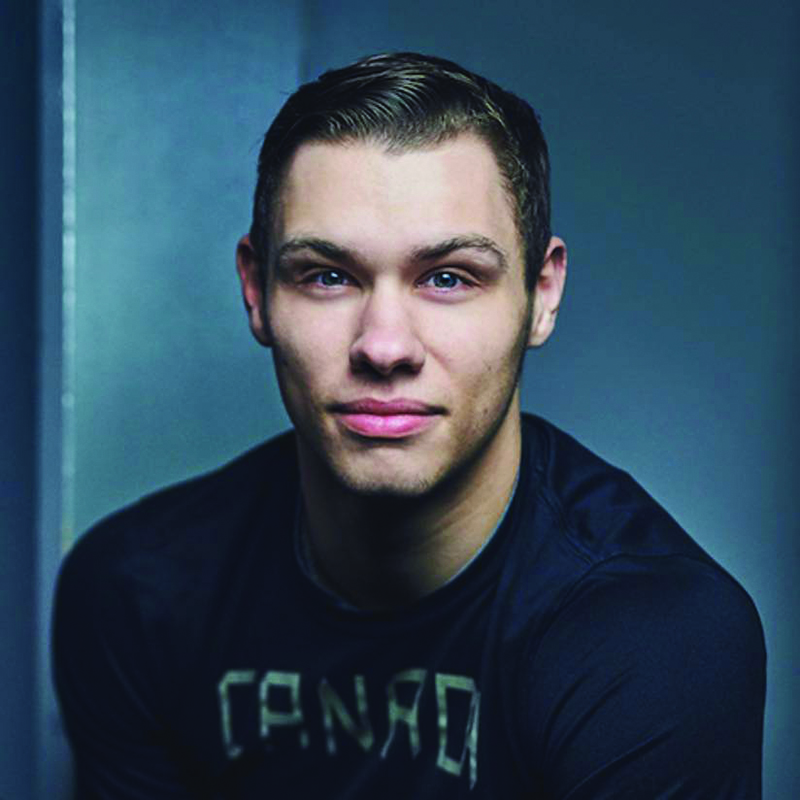 He has fast become one of Newfoundland and Labrador’s elite sporting talents. St. John’s native son Liam Hickey, who on March 25th celebrated his 24th birthday, is already one of our province’s most decorated athletes of any discipline.

Hickey holds the rare distinction of competing at both summer and winter Paralympic games, representing Team Canada at the 2016 summer games in Rio in wheelchair basketball, and suiting up in 2018, and most recently in 2022, as a key cog in Canada’s bid for Para ice hockey gold. But this year was not your average trek for gold and glory. 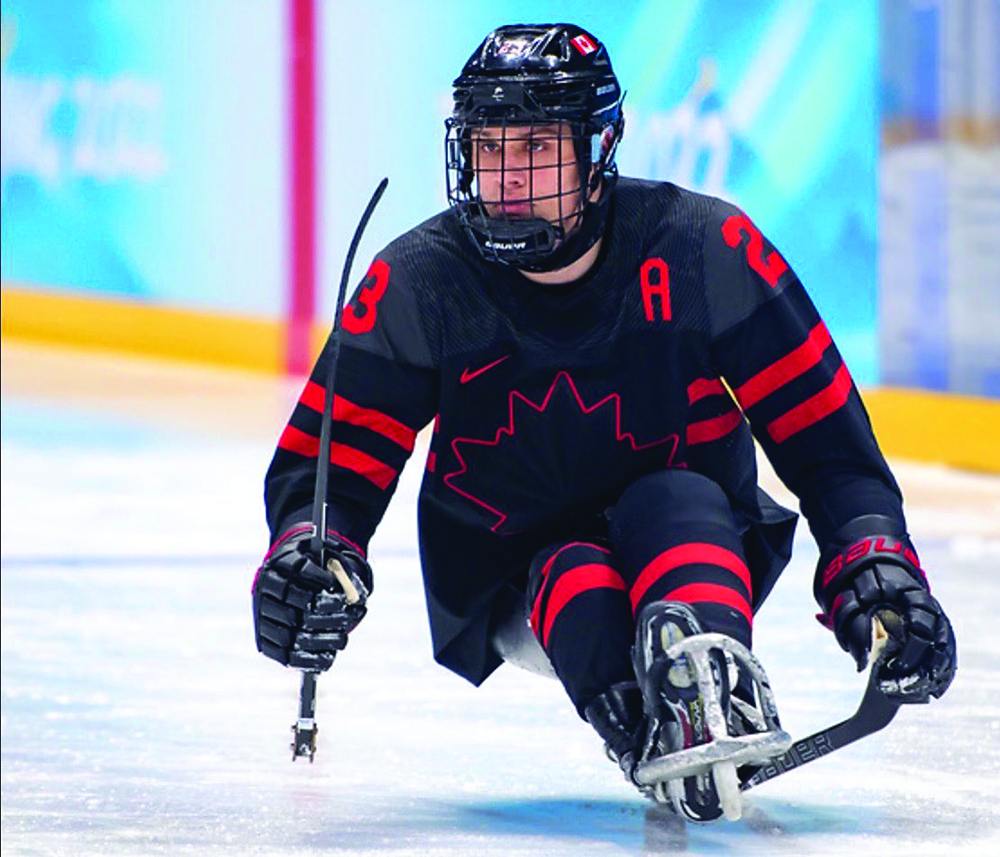 “As we got closer to the games, there’s a lot of stress around testing positive for COVID in a certain time-frame because that would pretty much eliminate your chances of going to the Paralympics,” Hickey shared candidly in a sitdown with The Herald, now weeks removed from his sophomore winter Paralympic experience in Beijing.

“We kind of knew what to expect going in. We knew that it wasn’t going to have the same feeling as pretty much every other games. Not having international fans there, like you said, it adds so much to that whole atmosphere of the games. So right away it was a different feeling.”

The team isolated in the weeks leading up to the games at the Hockey Canada home base in Calgary, Alberta, where strengthening the core fundamentals of the team, as well as containing the ongoing COVID-19 pandemic, were of paramount importance.

“We were right in downtown Calgary, and we were bubbled as Hockey Canada. We had our own two floors in the hotel. Catering, the food would come up to our room. We were pretty much locked into that hotel, weren’t allowed to leave, weren’t allowed to interact with any of the public so far as, if we were waiting to get the elevator and there was a couple of people in the elevator, we had to wait for them to go on and wait for an empty elevator. So that was kind of funny. But yeah, COVID tests every morning for the whole month leading into Beijing,”

Hickey explained that the team was locked down for a solid two months ahead of the games, and the restrictions only increased once they touched down in China.

“As the  plane landed in Beijing, there’s a bunch of workers out in hazmat suits outside the plane waiting for us to disembark from the plane. So I mean, that was crazy right away. But you know, everything around the games, not having international fans, how strict it was in the bubble, it definitely added to, I guess, a unique experience.”

Hickey, who first took up Para ice hockey (formerly known as sledge hockey) at the age of 10, earning his first national camp invitation in 2013 after jumping into the competitive pool in 2009, remarked that readying his body and mind for the gruelling tournament was compounded by the rigours of an international competition in the COVID-era.

“We were pretty much locked down as soon as we got into the village. The whole Paralympic village, along with the venues, was one big bubble, so we weren’t allowed to leave that. I know reporters, any volunteers weren’t allowed to leave this bubble. Every athlete, every coach,  every volunteer was tested every morning. That was the first thing we did when we got up, we went to the testing station and then you go get your breakfast.

“The food was a challenge,” Hickey adds jokingly.

“There’s a meal called hot pot that we ate pretty much two to three times a day and it was basically like boiled noodles with whatever you wanted to pick, lettuce and dumplings and all that. So we were pretty sick of that by the 14th day (laughs).”

The tale of the tape for the gold medal bout between Canada and the United States theoretically could have been etched in stone pre-tournament. Both squads are powerhouses in international Para ice hockey, with the U.S. edging Canada in a heart-breaker in 2018.

The result would sadly be the same this year (no shame in silver!), though there’s solace in the stone-cold-truth of the must-see rivalry between the forever-tethered Canadians and Americans.

“It’s kind of hard to ignore that (rivalry) going into these big tournaments. Even training for four years, we know that 90 per cent of the outcome is probably going to be us and the Americans. That’s something that we look forward to and it builds up over that many years of training and playing each other. And that animosity doesn’t go away and only gets bigger when you see each other again in the final,” Hickey shared, adding proudly that the sport of Para ice hockey, and Parasport in general, is growing by leaps and bounds with each passing year. 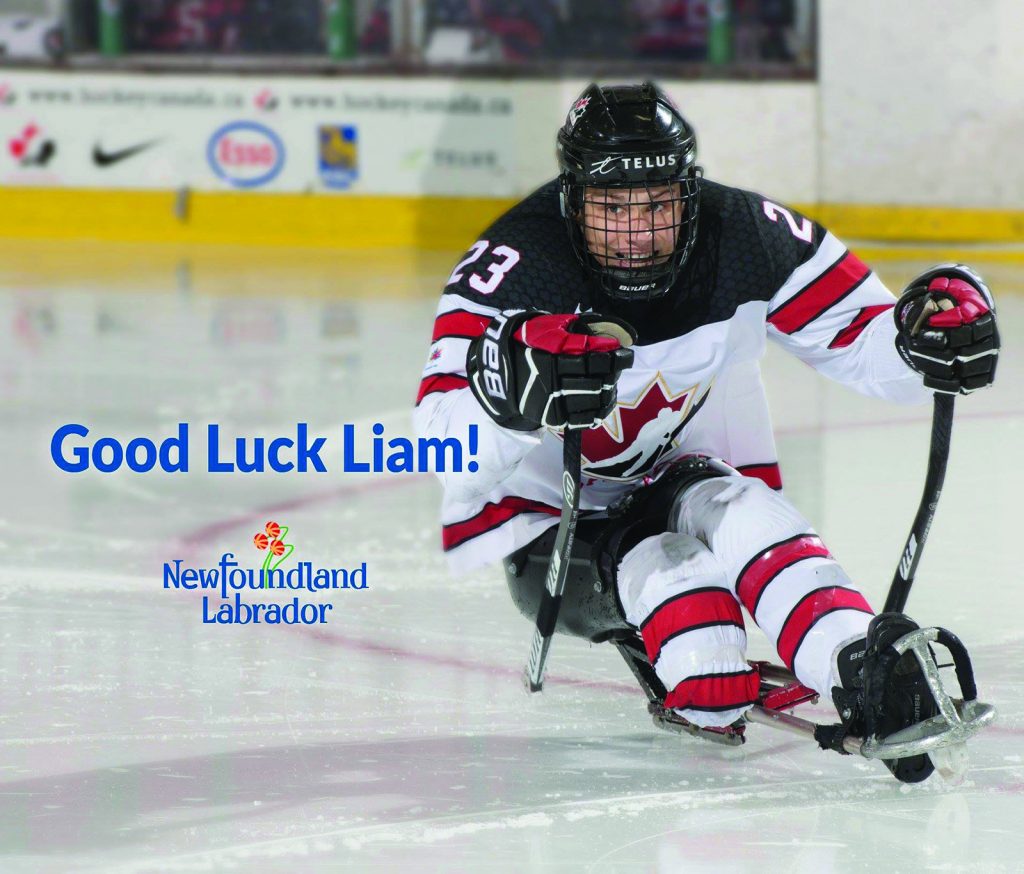 “Countries are starting to realize that it’s an important sport and Parasport as a whole is important to invest in. And I think you saw that with the Chinese and how much money they pumped into their program to make sure that they could put a pretty good team forward. And  they won bronze at their first Paralympic Games ever. So it kind of shows you kind of get out of it what you put into it in terms of the support you get from the country. And Hockey Canada and USA Hockey are huge organizations that do a lot for the sport and hopefully other countries follow suit.”

The now multi-time Paralympic medalist shared he’s planning to take a well deserved rest from the sport, while simultaneously enhancing his education through Memorial University.

It’s here, within his home province, that he first developed his passion for sport, one only amplified by the love, support and admiration of his fellow Newfoundlanders and Labradorians.

“It was pretty incredible, just seeing on social media the messages that I received,” he admits. “It was amazing, and it’s been like that throughout my whole career. Even more in this one with all the challenges that we’ve gone through. As a country and as a population, I think it was pretty special to just see that people were still interested and excited to watch and support. People I didn’t even know were reaching out and saying congrats and wishing me luck. And so it was really special. And I think I have a unique experience from the rest of the guys where I get Newfoundland and Labrador to support me. I think they’re the best province in Canada and I feel the most support from them.”