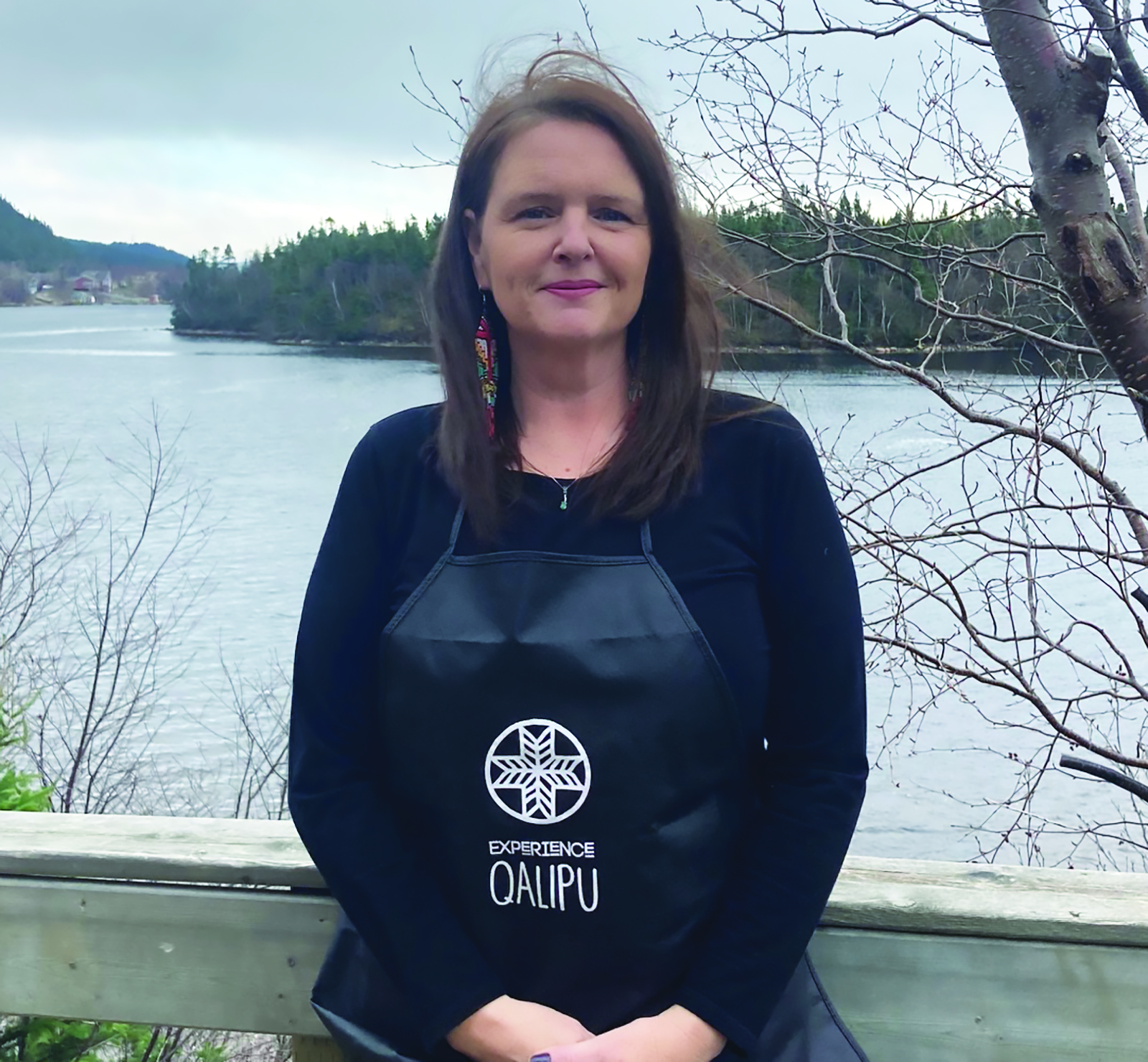 Badger’s Kellie Kerpan is the manager of culture and community outreach with Qalipu First Nation. When Kerpan spoke with The Herald, she was relaxing before things were about to get busy at Kilmory Resort in Swift Current.

Situated in cabin number six, which looked ready for some celebration of sorts, we asked what was on the agenda for the weekend.

“We have women from all across the traditional Mi’kmaq territory that are coming together. We have 26 in total that are coming together, coming from different parts of the province – from St. John’s, Glenwood, Gander, Badger, Buchans and then from the West Coast  – and it’s about bringing women together that have never connected before and just sharing,” she began.

People tend to sit in our silos in our own communities and don’t branch out a whole bunch, she continued thoughtfully.

“Making connections and bringing women together just for a weekend is a way to start sharing,” she continued.

In the past, in Mi’kmaq culture, the women were the matriarchs of the society, she said. “Society was run by the women. They made the decisions they were the ones responsible for putting up the camps. They were the hunters, the hunter/gatherers when they needed to, and they led the community.”

Some of that has been lost, she shared, so revisiting that sense of pride is key in order for future generations.

But preserving culture starts with all generations, she added, including children.  “In the past, we’ve done a program here at Kilmory called Dancers and Drummers of the New Dawn and what that is was a focus on violence and anti-violence and anti-bullying in communities through the use of culture. So, a way to bring kids back to the culture to know the importance of the drumming, the importance of the dancing, to instill in them that those two things are at the core of us and those things help us along the way because the teachings that go with dancing are important,” she said. 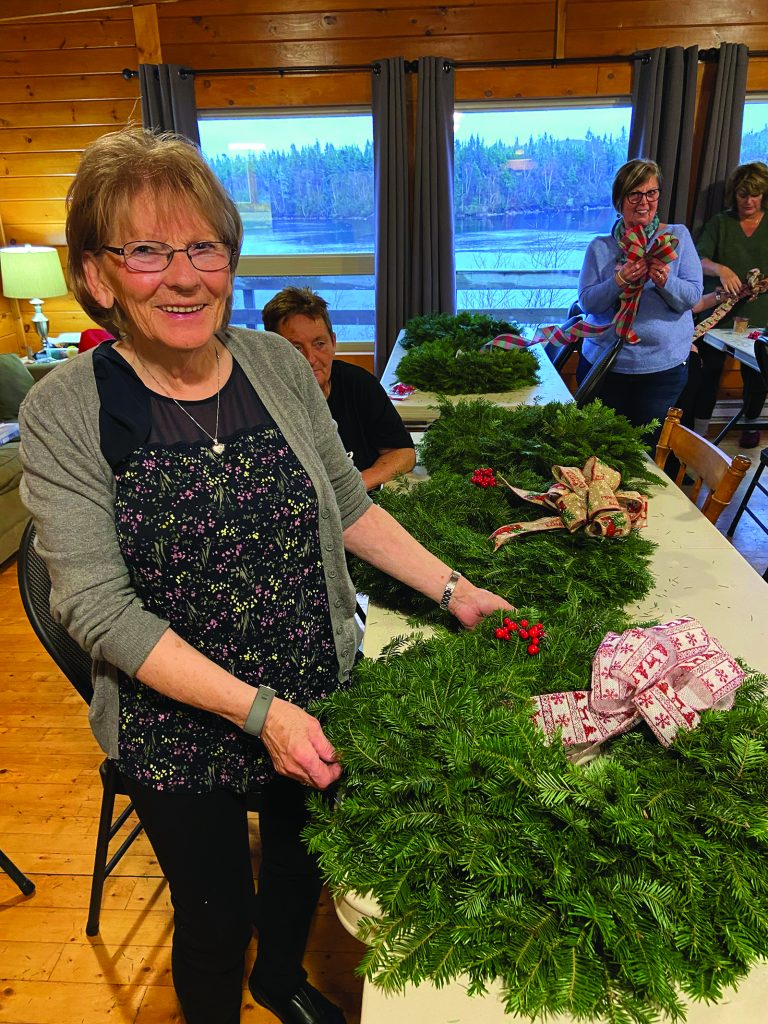 Like jingle dress dancing for example.  “A jingle dress dancer dances for other people … they dance for the healing of other people. There’s a story that goes, this man’s child was very sick so he made jingles and he got her to dance and as she danced, she got stronger … That’s the significance of our jingle dancers.”

As for the drummers? “The drum, that’s the heartbeat of the nation. That is the heartbeat of us. When you sit and watch that first beat on that drum, you feel it and everybody else in the room feels it as well. Everybody says how the drum just always draws them in.”

Teaching the dancing and the drumming to children “grounds them in culture,” she added.  “We were always taught. If we don’t know where we’ve come from, how do we know where we’re going?”

Holding such events at Kilmory is important to Kerpan, she added. Besides being a central location, and a place that has enough room for their events, it’s also close to nature, she shared. Plus, there’s something else too. “It’s like coming home, and I said it to my mom yesterday, ‘Every time I drive in here, it’s just like coming home. We’re in a beautiful setting. We have the nature around us, we have the mountains and the water and things that are really important to me and my people, but what we have here are the gems of Mary and Roger (Jamieson, owners of the resort). That’s the draw.

“Mary is like family … The last time we had the event here with the kids, we walked in and she had dozens … of cupcakes all ready for the kids because she knew they were coming in and she just pops in and she doesn’t like to be intrusive, but she is there if we need her.”

Kerpan is a very active member of her community and sits on the executive of the cultural group, Na’taqamtug. She has coordinated and facilitated a number of cultural activities in her community, including this women’s retreat and the children’s drumming and dancing.

“I am connected through the people, my crafting, and most importantly the land and water,” she shared.

The land and the water are healing for her and she can often be found walking the shorelines or in the forest as she ponders the stories that have been passed down. “It’s in those times I know I am connected, and they can hear me and my prayers,” she said.

She describes herself as a spiritual person, partaking in sweats when available, making offerings, smudging, sharing knowledge and yearning to be connected to others and to learn from them.

She lives her life in honour of her ancestors and she tries “to effect positive change and opportunities for all Indigenous people,” she said. “I live each day to try to be better for my child, to teach him things that were taught to me, to learn new things, to listen to the Elders, take the time to sit and appreciate them and all they have been through. Be kind, be thoughtful, be loving, to forgive and to share what you have.”

We ask what kinds of things should we be doing as a province or as individuals to help preserve our culture. Kerpan paused. “We’ve made strides in the last few years, especially with the resurgence of culture and people, let’s say the formation of Qalipu First Nation … People wanted to be connected, so they’re seeking that out, but we’re nowhere near where we should be. We’re in the infancy stages right now and we talk about reconciliation, and the province is big on reconciliation, but we’re not on the right path, but we’re at the beginning of the path peaking into where we need to get to.”

Chief Mi’sel Joel and Sheila O’Neill penned My Indian. We ask if books like that help the cause. “The Chief, who is absolutely phenomenal and amazing, he can articulate in words how we need to take our stories back … I knew the story of Sylvester Joe and if you look at the time that story happened, the term ‘Indian’ was used. We weren’t classified as people. I love that (Chef Joe and O’Neill) had the courage to write the book and that they had the courageousness to title it what they did.”

This is a teaching moment, she said. “If the title My Indian upsets you, let’s read the book, and let’s get the context as to why it’s called My Indian. It’s because a proud indigenous man wasn’t shown enough respect.”

It’s powerful, she added. What’s next for Kerpan and her passion for people of all cultures?  There’s “a lot of irons in the fire,” she said.