MUSIC | Shanneyganock – Da B’ys Are Back 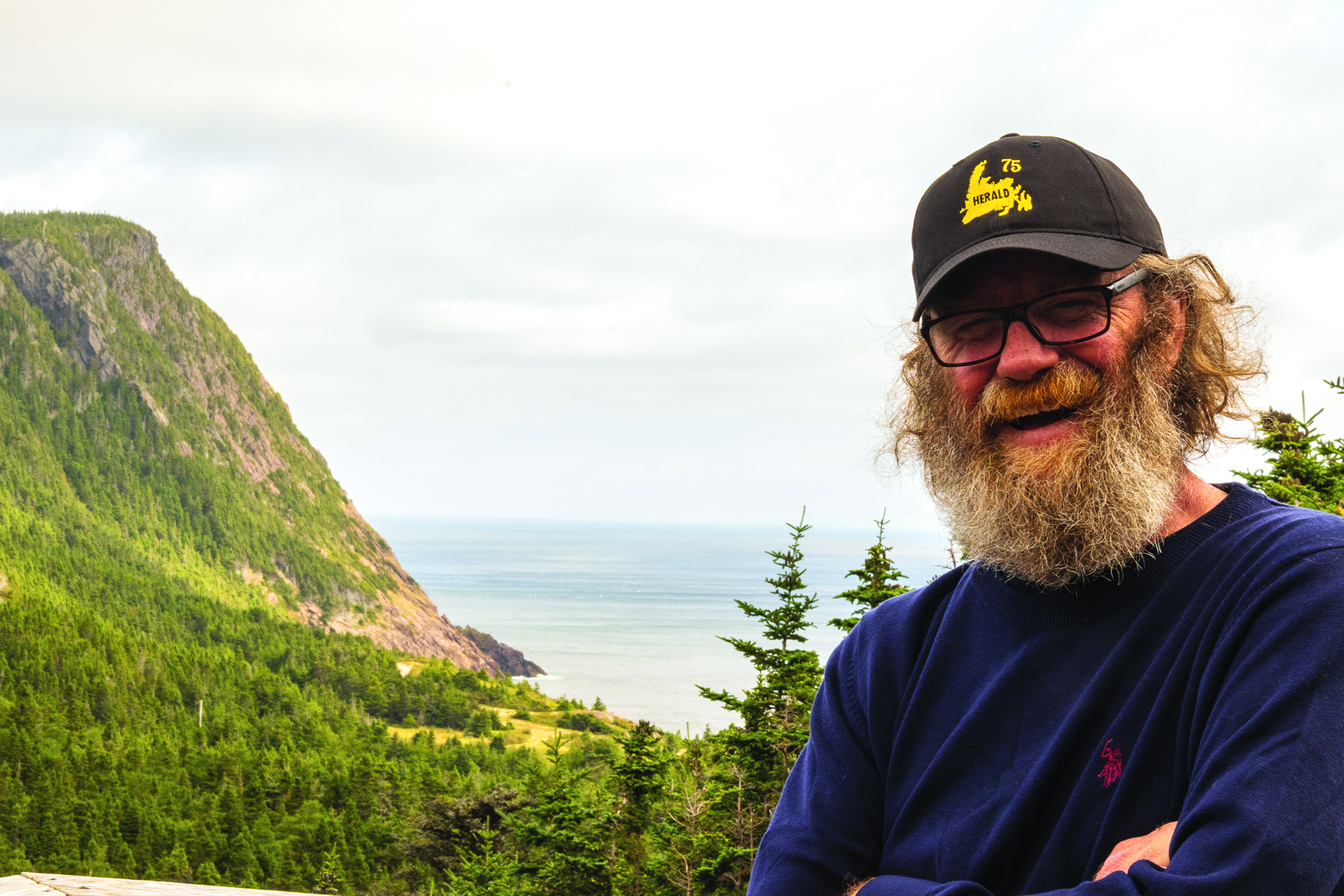 It’s been a long road being off the road, but the fellas in Shanneyganock are back, baby!

Playing before an enthusiastic audience is what it’s all about, he added. “It was nice to get back to George Street. It was a big crowd so that’s interesting for sure after what we’ve all been through.”

Andrews, standing on his deck in Logy Bay steps from where he grew up, reflects on the last year and a half.

“It’s been tough on all artists,” he offered, though he and his bandmates tried to be creative. That creativity included putting off a car concert series titled “On the Road with Shanneyganock and Friends Drive-In Concert” that took place on Stavanger Drive in St. John’s.

“I think, like with most things we do; if people tell us ‘you can’t do it’ then that’s what we do. I think (the drive-in concert) was a really great thing for the community. For that one time, on those three nights, with some great acts and some great organizers, we were able to make it a roaring success and we were able to play live music for fans again, and that was good for everyone.”

Andrews is looking ahead to the band’s annual Christmas show that’s held at the Delta Hotel in the capital city’s downtown core. Will it go ahead?

“We are booked, let’s put it that way. We’re going to follow the rules. So if the rules say that we’re allowed to go back to having massive crowds, then we will have massive crowds. If we’re only allowed to have about 500, then we will have 500. If we got to wait another year, we’ll wait another year. We don’t want to put anybody in jeopardy, especially ourselves,” he said.

Reflecting on this sunny Monday morning, Andrews shared that he had an interesting role during the pandemic when it came to Shanneyganock and bandmates Mark Hiscock, Ian Chipman, Brad Tuck, Craig Young and (sometimes) Bud Davidge. 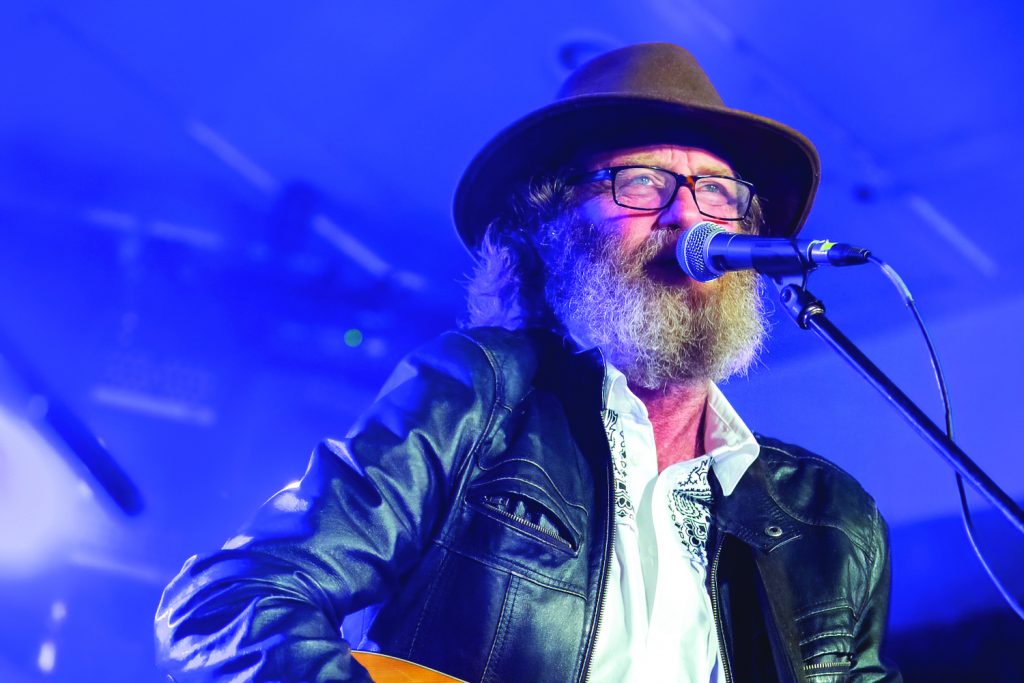 “My main job during this whole shutdown has been making sure we survived. That (the business side) is my part besides the singing. A lot of guys have been writing and playing and doing some great, creative stuff and they’re a great bunch of guys and I’m really happy with the band. In fact, after 27 years or whatever it is, I personally feel this is the best the band has ever been, which is a great feeling.”

Another thing that leaves him with a great feeling is being blessed to be able to earn a living in the music business at home.

“When Mark and I started this band, the deal was we had to stay in Newfoundland. This is my home. My mom lives next door. I’m staying right here. Next stop, Caul’s, you know?” he said with his trademark rough-voiced chuckle.

He looked out towards the ocean and took a moment to enjoy the view.

“This is my home and it always will be and all of us in Shanney feel the same. We’re all from different places. Mark’s from Fort Amherst right on the narrows. And even though it’s part of St. John’s, that’s more of an outport community out there than you would think. And Brad, he’s from Hant’s Harbour and Patrick (Moran) is from Pouch Cove. Ian’s from Spaniard’s Bay and Craig is from Burgeo. We all have this connection to this place,” he said. 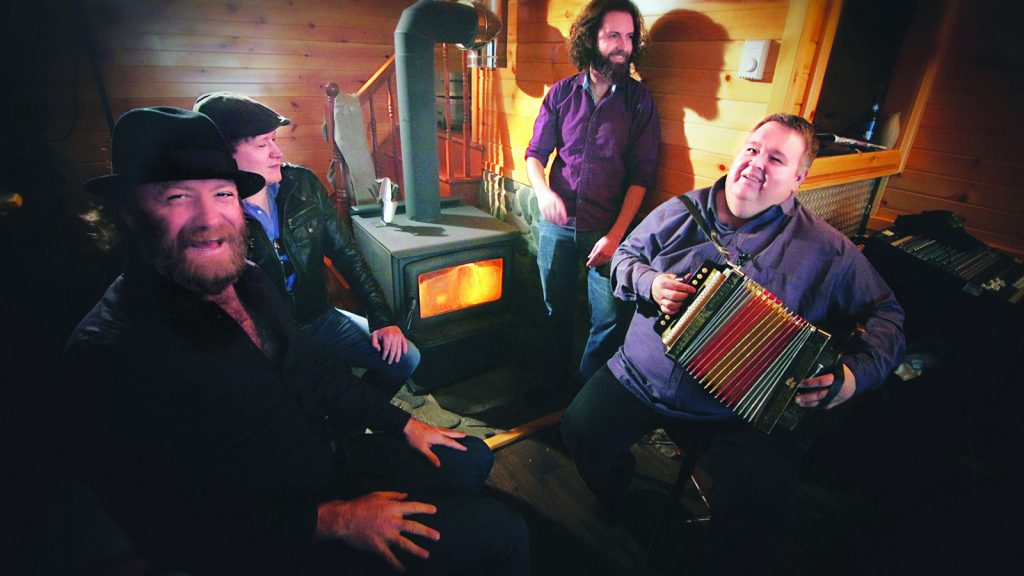 Any advice for lovers of traditional music? For anyone with dreams to follow their own musical passions?  “Listen to your parents. Stay in school,” he says with a hearty laugh.

Speaking of building an audience, Andrews shared some love with The Herald. He’s been on the cover and inside the pages a number of times over the past 27 years.

“Thanks to The Herald for the continuing support to artists of all kinds. It’s important. It’s not easy to get an outlet to pay attention to what you’re doing all the time and The Herald’s always been there for music and the arts and I know we very much appreciate your time.”

Shows like OZFM’s Jigs & Reels are key too, he added.

“I don’t know if we realize how lucky we are. We’re one of the few places in the world that has that Sunday morning tradition that has become part of our culture. We play music of where we’re from on the main radio stations and we all listen, tuning in from all over the world. People like Danielle Butt are important to get the word out, to get the new music out and to help keep it going. In a way, she’s just as important as the rest of us out there performing.”

Stay tuned to future Herald editions and online for more from Chris Andrews and Shanneyganock!