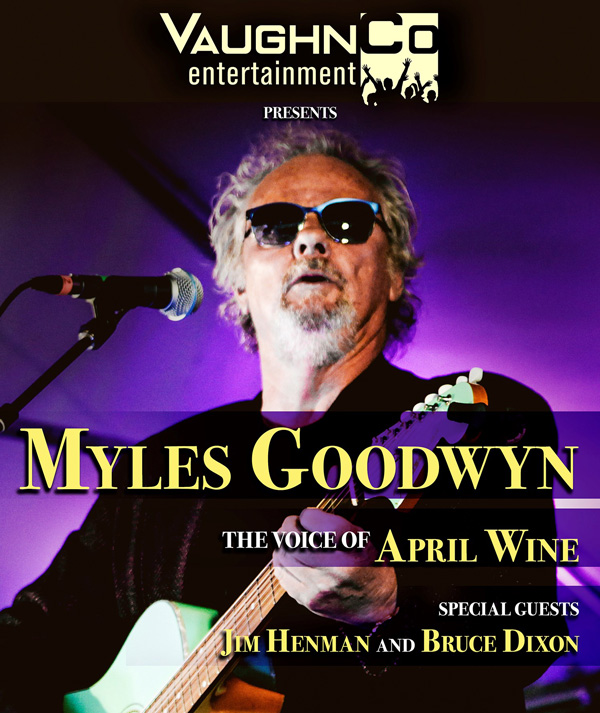 Myles Goodwyn, the frontman and voice of the legendary Canadian band April Wine, returns to NL for two concerts scheduled for Gander (May 20th) and St. John’s (May 21st)

When The Herald spoke to the legendary Myles Goodwyn he was just brewing his first coffee of the day. Taking the opportunity to enjoy some “quiet time at the cottage”  is part of his strategy when it comes to staying energized before he hits the road later this month he said, taking his first sip. The April Wine frontman has two live concerts scheduled in this province later this month, one in Gander (Fri, May 20th) and one in St. John’s (Sat, May 21st) at the local Arts & Culture Centre. 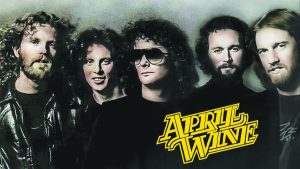 April Wine is one of the most successful rock bands in Canadian music history, rising to stardom in the ’70s and ’80s and is still going strong today. Goodwyn is bringing his solo acoustic show, Just Between You and Me, to Newfoundland along with special guests Jim Henman, another original member of April Wine, and Bruce Dixon who previously performed with Rita MacNeil and Roch Voisine.

Henman has been both friend and bandmate since 1963. “We played in a high school band together and we started April Wine together, so we have a lot of history and it’s remarkable that we’re still best friends who are still sharing the stage together. It’s really cool,” he said. Seeing the two “besties” along with bass player/singer Dixon will be “good fun,” Goodwyn added.

While COVID forced many in the music business to slowdown, hitting the road again just “feels right,” he added.

“The fan base is a loyal group that has supported April Wine and they support the acoustic show too. And radio has been so good to us.  We like to sing the songs as they were written. It’s almost like you’re sitting around a kitchen table with three guys with acoustic guitars and antidotes and music. Some of the songs are very true to the heart, close to the heart, and it’s nice to play them that way.”

There’s still song performances where you get  “overwhelmed” by the audience’s reaction, he continued.

“The reaction to the songs can surprise me. You can do a song, a hit song, and you just expect the audience to enjoy it. But when they jump out of their seats in a standing ovation in the middle of the show, it’s quite remarkable and it’s a remarkable feeling.”

From You Won’t Dance With Me to Tonight is a Wonderful Time to Fall in Love, the music is timeless.

“The song came out about three weeks ago and it’s one I wrote that’s emotional for me when I sing the song,” he said.

The song will be available to purchase on a new CD titled Long Pants which will be released on June 23rd – his birthday. “I titled it Long Pants (as opposed to a kid’s short pants, he added later) as  it’s a pretty mature album, and it deals with all kinds of things, like the situation in Ukraine.”

Goodwyn, an award-winning hall of famer and multi-platinum selling producer and songwriter, added that Long Pants “is an eclectic collection of personal songs.”

Since 1971, April Wine has released 16 studio albums, with Goodwyn himself releasing three other solo efforts in 2018 and 2019.

On the song For Ukraine, the artist who swears he tries to stay out of “anything political” had more to say. “This war is in all of our livingrooms. Over 4 million people have been displaced out of Ukraine because of the invasion by Russia. It’s quite a serious thing, and as a songwriter we’re able to sometimes sing about things and tell stories in a way that isn’t news and it can spread the word and touch the heart, and that’s why artists do these things.”

Talk turns to other “Canadian” things like hockey, and the loss of Guy Lafleur, someone Goldwyn refers to as “a Canadian treasure gone too soon.” We ask about the time Hockey Hall of Fame coach Don Cherry referred to Goodwyn as a ‘good Canadian boy.’ He laughed.  “Am I? Well, I’m not a bad boy….”