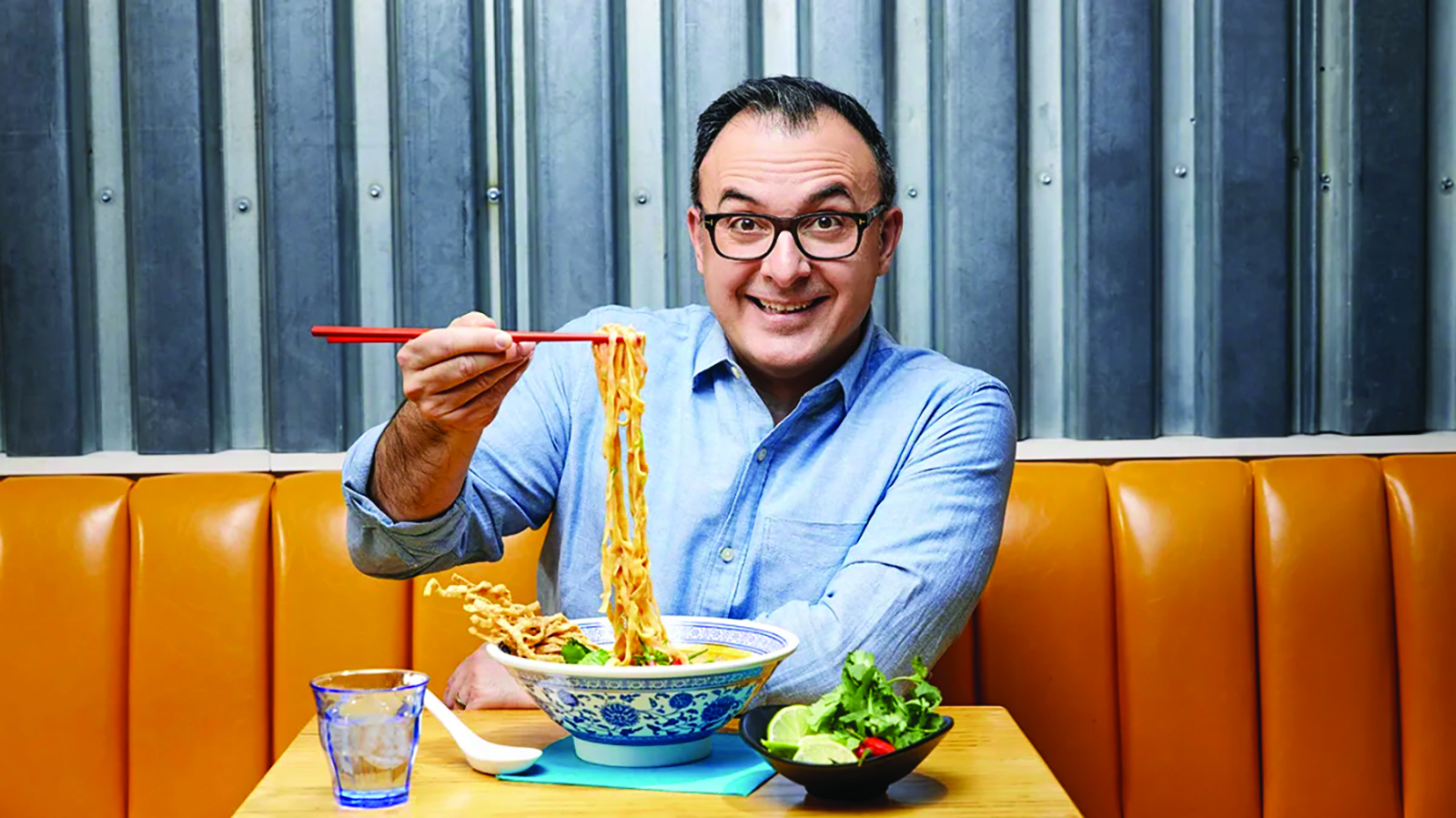 The binding power of food is beyond dispute or compare. Families gather in communal culinary bliss, old wounds can be healed while breaking bread. It’s the answer and the cure, to many of our woes. And boy, don’t we Newfoundlanders and Labradorians know it.

Our province, and it’s vibrant and ever-booming culinary scene, are a natural fit for spotlight and promotion, making the announcement that the latest season of Food Network Canada’s Big Food Bucket List touching down on our shores a wildly welcome one.

In each episode, Catucci visits the restaurants behind these must-eat meals and hits the kitchen to learn how the chefs make their mind-blowing creations.

“I think there’s a certain personality trait that almost all chefs have, which is I need to feed you. This is what I have to do. I have to feed these people. I have to make them feel good. And then add the hospitality that exists in everybody in Newfoundland, it’s kind of ridiculous, right? It really is like no other part of the country,” Catucci shared in a sitdown with The Herald in advance of the season premiere.

“What Todd Perrin is doing at Mallard is taking those classic Newfoundland dishes and then just going, ‘Oh no, this is not just a dish we’ve thrown together. We thought about this’. This is serious cuisine that we’re having,” Catucci teased, joking that, even upon a re-watch of classic Big Food Bucket List episodes, he finds himself salivating at the mere sight of the tantalizing eats thrown down by some of the best chefs in Canada and beyond.

“There’d be times where I’ll be watching the show and I’ve eaten the food already and I’m like, ‘Oh, that looks really good. I’m really hungry right now!’ And I was like ‘You just ate this!’ It’s so weird that I see myself eating the food and going, ‘Oh man, that was good. I should have some more of that.’”

Catucci, a longtime celebrated comedian and all-around lovable entertainer, admits candidly that he’s no master in the kitchen, but his connection to people – and an ever-loving passion for food – made his foray into hosting a no-brainer.

“When the producers first came to me, they were looking for somebody who could just shoot the breeze with people, have fun and just improvise pretty much, right? Just go with the flow. They weren’t looking for a chef. They wanted somebody who could just have fun and not take themselves too seriously. And I do that. That’s me. I can do that,” he joked.

“Being in the moment and listening, I really love that part of the job, the interview part. I really dig it. Getting to know people and figuring out their history and how they got here and how this dish was inspired by something their grandmother made or their aunt made, their mom or their dad made. It’s such great stories that are attached to food. And there’s so much love that’s attached to food as well.

“We’re always eating our feelings, you know? Hopefully it’s for good and not for bad stuff. Food is such an amazing thing that brings so many people together, right? It’s a huge thing. There’s so many dishes that are so similar in so many different cultures, you can speak to that or this reminds you of something that you had.

“Also, I feel like food is like true time travel. You take a bite of something and you’re just transported back to a moment in space, in a feeling. And I really love that.”

What can viewers expect from our very own local culinary hotspots, as well as the rest of Catucci’s bucket list chase this season? Mouth-watering dishes, naturally, but also a salute and warm hug of the power of food and the industry that has gritted its proverbial teeth and rolled with the punches during the global pandemic.

“I’m very happy, very proud of (the show) and also being able to showcase restaurants, especially right now during all of this,” Catucci admits.

“On a normal day running a restaurant is tough. I can’t even imagine what people are going through and how many restaurants didn’t make it. And that’s really sad.

“I grew up in restaurants, my uncles owned restaurants. My dad worked in a restaurant. I’ve been around that. I saw how families were fed.

“So seeing that love and the time and effort, and all of it that goes into running a restaurant on a regular day, and then add this unprecedented thing that we had to go through, that we’re still going through, it’s shocking and sad. But I’m hoping that our show can help showcase restaurants and bring some eyes, and some mouths, to those places. That’s really good.”