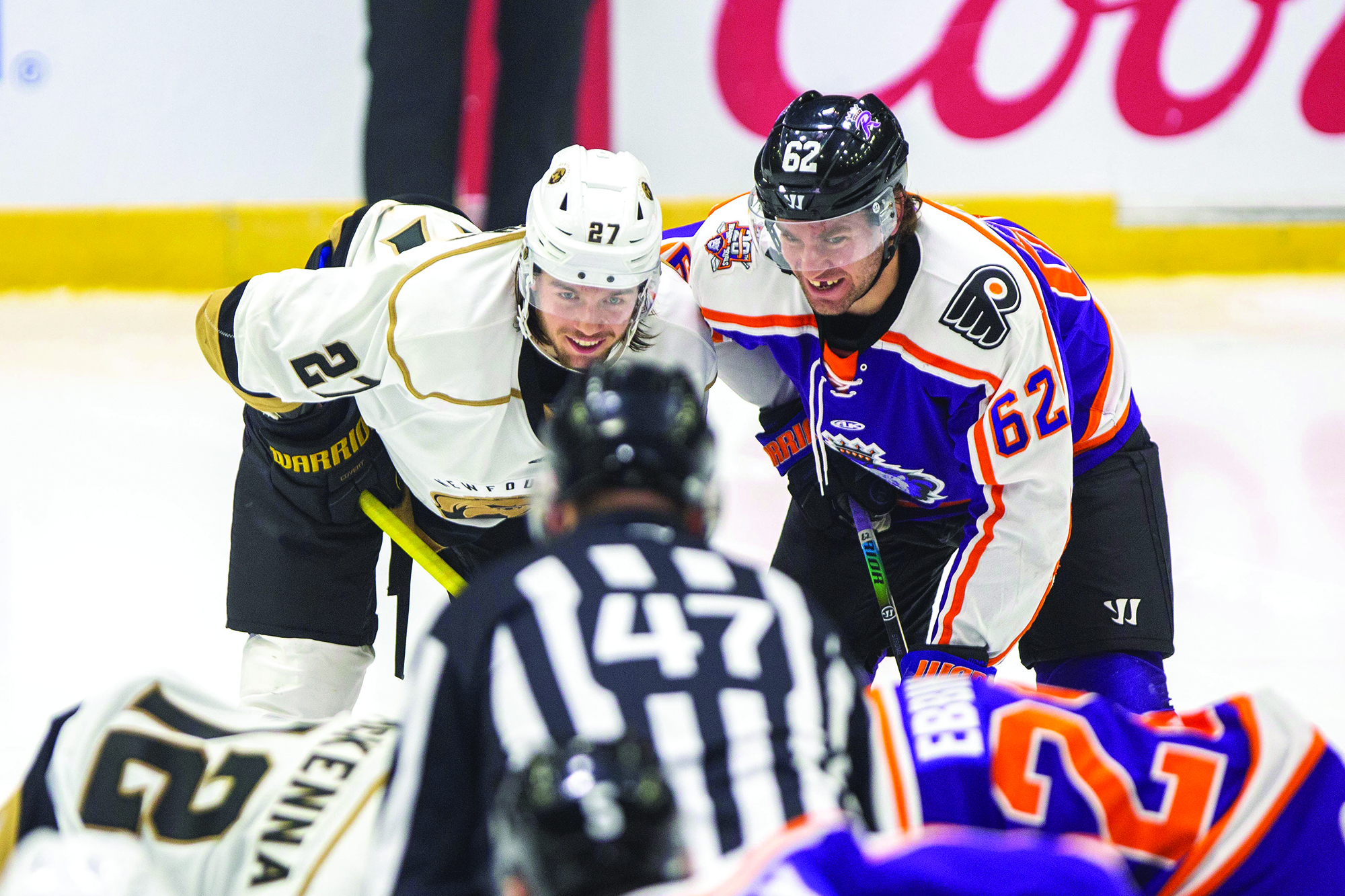 Through adversity and tragedy, the Newfoundland Growlers roar into the Kelly Cup playoffs with fire, determination, and above all, grit.

Grit. What separates the haves from the have nots in the world of sports. Sandpaper readies for the rigours of playoff hockey far more than feather pillows, and the Newfoundland Growlers have been worn and polished down to a fine suit of armour ahead of their return chase for the Kelly Cup.

No, it hasn’t been easy.

From very public arena conflicts, to a carousel of rotating goalies, a seemingly endless bout with the injury bug, and the passing of a man considered to be the joyous symbol of provincial hockey, it has been anything but a cakewalk. But pressure, and grit, makes champions.

“It felt like three seasons for us,” shared Coach Eric Wellwood in a sitdown with The Herald. “We started the year off on a road trip, which is fun. And then you come back and when we land, we find out we don’t have our arena … We were doing our work in either my house or the assistant coach’s house. And then in December a lot of guys got COVID, we lost a lot of guys to injuries and call ups. Our team was decimated. It has been a long year, to say the least. So we’re glad that it’s coming down to the end, and the real season starts.”

Adversity perhaps looks good on the Growlers, who, after being forced to sit out the 2020-21 season due to the COVID-19 pandemic (being forced to watch the Cup they never lost handed to another club), have bounced back to clinch a playoff berth, with numerous players hitting career highs.

NL’s own Zach O’Brien has had a career year, with 78 points (as of press time). Orrin Centazzo, Jeremy McKenna, Tyler Boland and Marcus Power have been point per game players, with Ben Finkelstein banking over 50 points  (as a defenseman!). 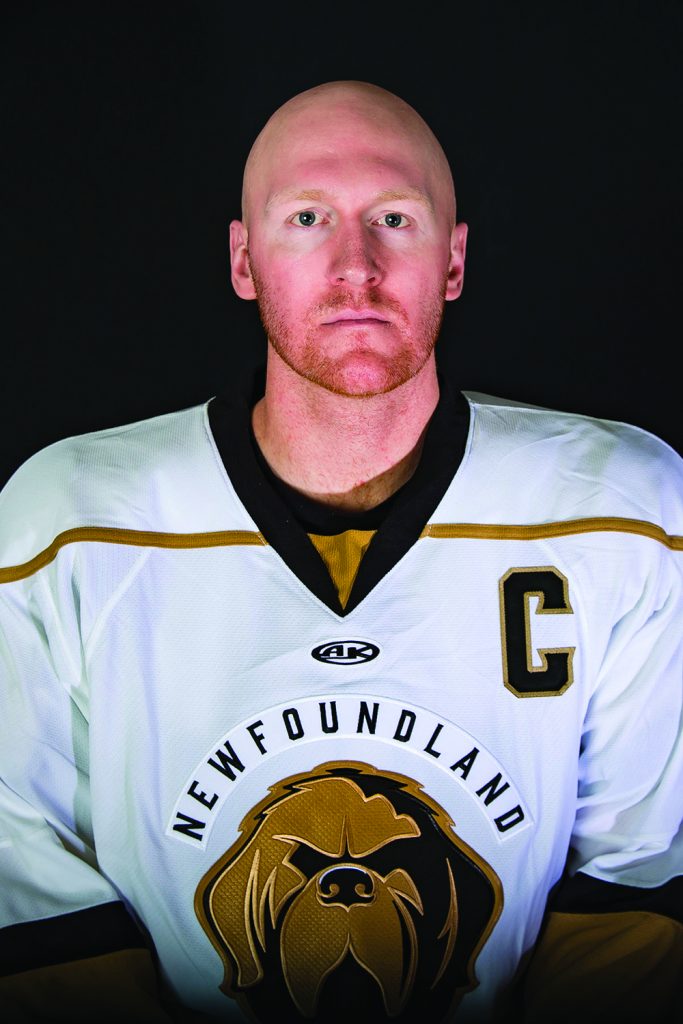 “I always tell them I give them outrageous goals just because I want them  to think a little bit outside the box. Double your production from best you’ve ever had. You know, a guy like O’Brien, that’s very difficult because his best production year is like a 1.3 points per game, so to go to 2.6 is virtually impossible. But he can improve it, which he has. But then you can look at a guy like Todd Skirving who’s, not only the doubling his production, his most goals, he’s got 18 already. I don’t think he’s gotten more than 18 points in a season,” Wellwood shard proudly.

“Yeah, I’m really, really happy with it. I thought this was a year that if we have our team for most of the year we could try to break records almost.”

Back from the inaugural Cup run are team anchors James Melindy, Zach O’Brien, Marcus Power, Derian Plouffe and Todd Skirving, all of whom Coach Wellwood will lean on to help guide a re-tooled roster of largely young and hungry Cup hopefuls.

“We have a younger team than what’s been here in the past. So there was a lot of unknowns and of course, my staff never being in this league before, we don’t know what we were getting into ourselves. I knew we had a strong team and the potential to have a really strong team. And our goals were to be in first place,” shard Wellwood.

“I think now, from what we’ve seen all year, I think you can be a lot more confident saying you have a real good chance of being champions. It’s still very difficult to do and a lot of things got to go your way as well. There’s some type of luck involved to some extent whether it’s not getting injured or whether that shot that hits the post and goes in or goes out could be the difference.

“Once you’ve been there, you know what it takes. And we’re lucky to have these guys on our team. You’re going to get into these big games and there are going to be key moments in the games and in the series, and you’re going to know how to handle it. You’re going to have adversity. It’s guaranteed. You could go down 2-0 in the series right away to start. If you’ve been there before, you just know that’s alright. It’s a new game and you have to win four out of seven. So it doesn’t matter if you lost three in a row, you still have to win four.”

Looming large over the Growlers forthcoming playoff run is the memory of the late, great, incomparable entertainer Chris Abbott, who fans knew and loved for three-decades as the man behind Buddy the Puffin. 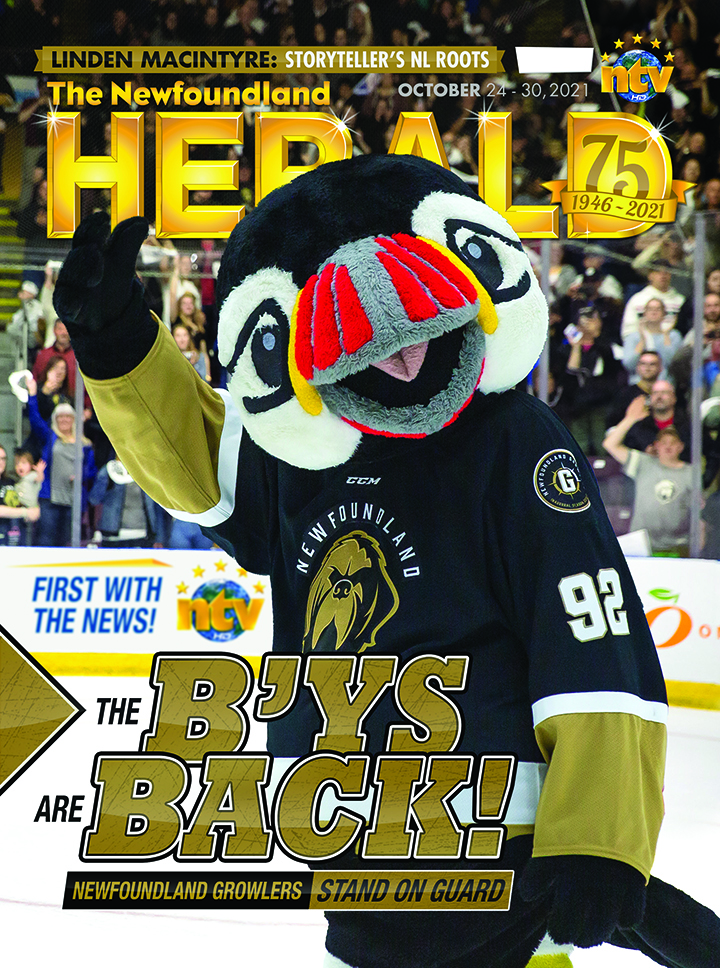 This run to the Cup, and all thereafter, are dedicated to his life and memory.

“We are playing for him now. If we do win, it’s for him,” Wellwood shared, impassioned. “Obviously that just adds a little bit more pressure. But at the same time, I think it’s something that you use. It’s not something that you want to have to use, because you’d much rather him be around for this. But at the end of the day, it all could be used for good. And we’re going to use his memory to get us through some of the tough spots that we’re going to find ourselves in when we’re going on this journey in the playoffs.

“It’s extremely sad,” he adds sincerely. “I only got to know the man for (a few) months and I’m sure, like anybody else that knew him, he instantly had an impact on your life. Especially for the guys that have been here for a while and the guys that are from here, that’s a huge loss to the community. Not just the hockey world, but the whole community. An absolutely amazing person and it’s tough when you lose somebody like that. I guess the best thing that we can do under the circumstances is use that energy in a good way, and that’s what we’ll be doing. And we’re dedicating this run to him.”

One thought on “Newfoundland Growlers: The Rocky Road Less Travelled”