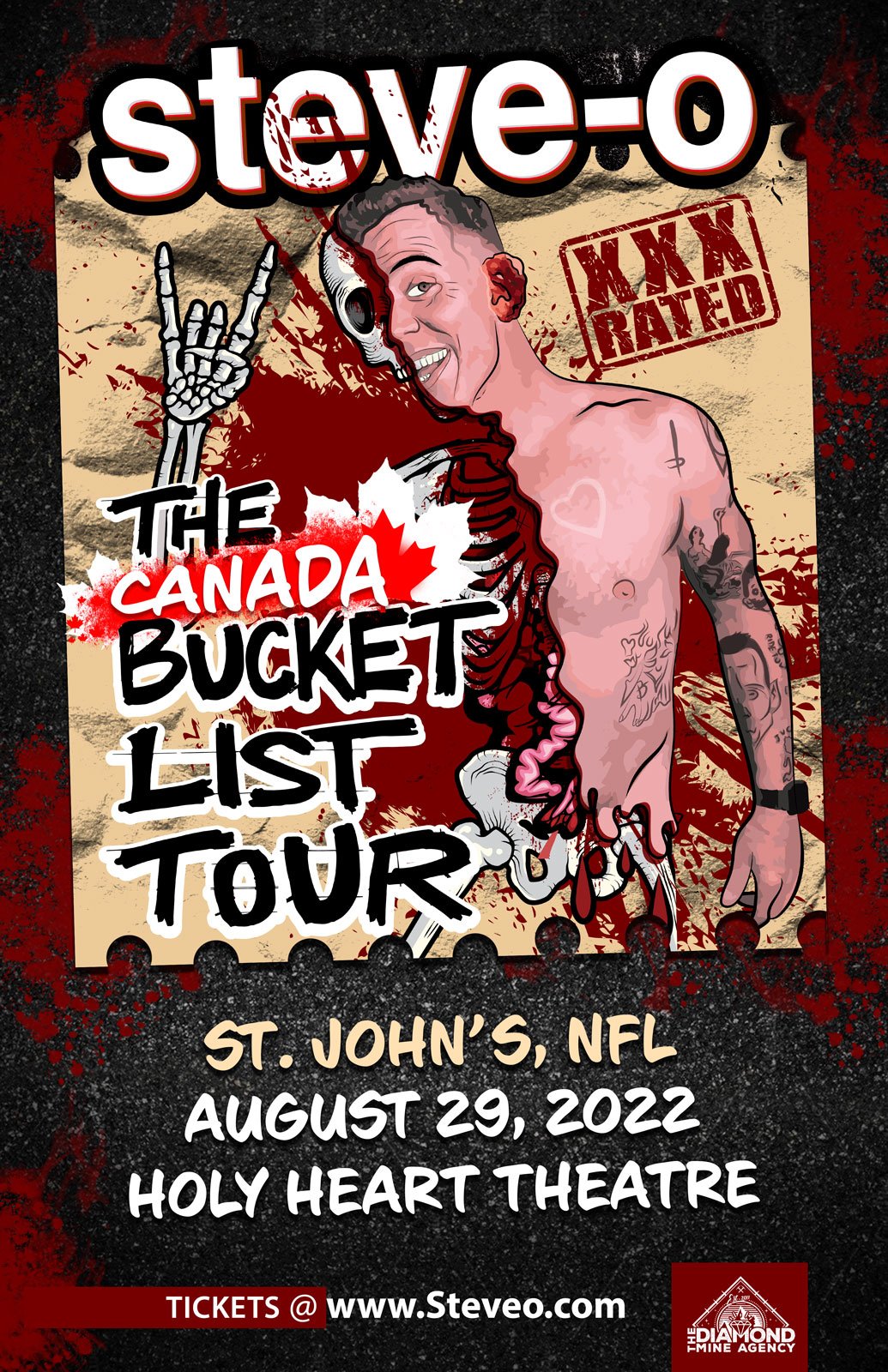 A real Jackass is heading to The Rock this summer!

Steve-O, stuntman extraordinaire, comedian and star of MTV series turned film franchise Jackass, Steve-O is set to bring his Bucket List Tour to St. John’s on August 29th at the Holy Heart Theatre, presented by The Diamond Mine Agency Presents

Every idea on Steve-O’s Bucket List was so ill-advised, he never expected to go through with any of them. Until it was time to prepare for this tour. Not only are the stunts more ridiculous than what you already know Steve-O for, he did them all, and made a highly XXX-rated, multimedia comedy show out of them. Not for kids, or for the faint of heart.

Tickets available this Friday May 13th at noon at WWW.STEVEO.COM and holyhearttheatre.com