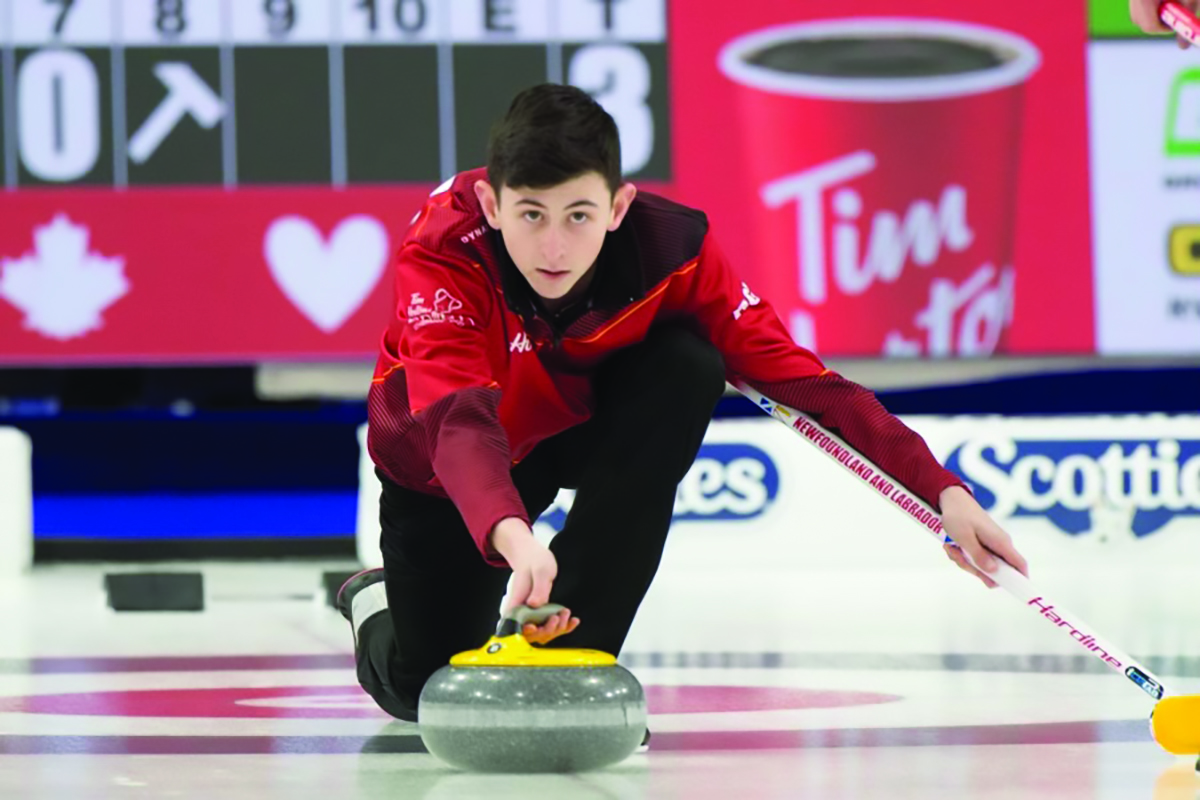 The youngest ever player at the Tim Hortons Brier just happens to be a Newfoundlander. Meet 15 year-old Nicholas Codner of Torbay

The fact that the guys are known as the ‘Young’ team from St. John’s is quite fitting considering their ages. Only one member of the Newfoundland team – lead Ben Stringer – is no longer a teenager.

Stringer is 20, third Sam Follett and second Nathan Locke are 19, Skip Nathan Young is 19, and alternate Nicholas Codner of Torbay is 15.

On March 5th, 2022 Codner became the youngest person to throw a rock at the competition when he subbed in to throw and sweep stones at the Tim Hortons Brier in Alberta.

Codner likely wouldn’t have had this opportunity if not for fellow Newfoundlander Brad Gushue. Gushue qualified to represent Canada at the Olympic Winter Games in Beijing and with him absent from provincials Young’s team secured a win and a spot.

Of course, Team Gushue is in the Brier as a wild card, though the two Newfoundland contingents won’t be playing one another.

It’s interesting to note, however, that Codner just happens to have been born the same year Gushue won Olympic gold in Italy – 2006.

Having a lot of fun

When The Herald spoke with  Codner he was taking a break from the competition,  enjoying the fact that his mom, dad and sister were there to cheer him on. We ask how he’s feeling as he faced the top in his chosen sport of curling.

“Everybody is just really supportive and it feels really great,” he said.

Codner’s love of curling grew during his second year of playing.

“I got to go to the Newfoundland games with a much more older team. I was 11 years-old and those guys were probably 14. We didn’t do very well, mostly because we were the youngest team there, but I knew it was something I wanted to do.”

A school trip to Bally Haly secured the interest, he added, and now he can often be found at the Re/max Center perfecting his game. Codner, a grade ten student at Holy Trinity High School, shared he doesn’t “really pay attention to (the fact he’s the youngest player). It’s just another game, as weird as that might sound. I’ve been very relaxed and the guys are having a lot of fun,” he said.

Codner shared that a few of his curling heroes are playing at the Brier while he’s there, a fact he found “pretty cool.”

Facing more games when we spoke on March 8th, he shared he felt “confident” in his team’s abilities.“They’re getting better every game and learning the ice. You’re playing the best in Canada and some of the best in the world, so if you can score a couple points on them, that’s pretty good because these guys are the best and just to get to play against them is awesome,” he shared. 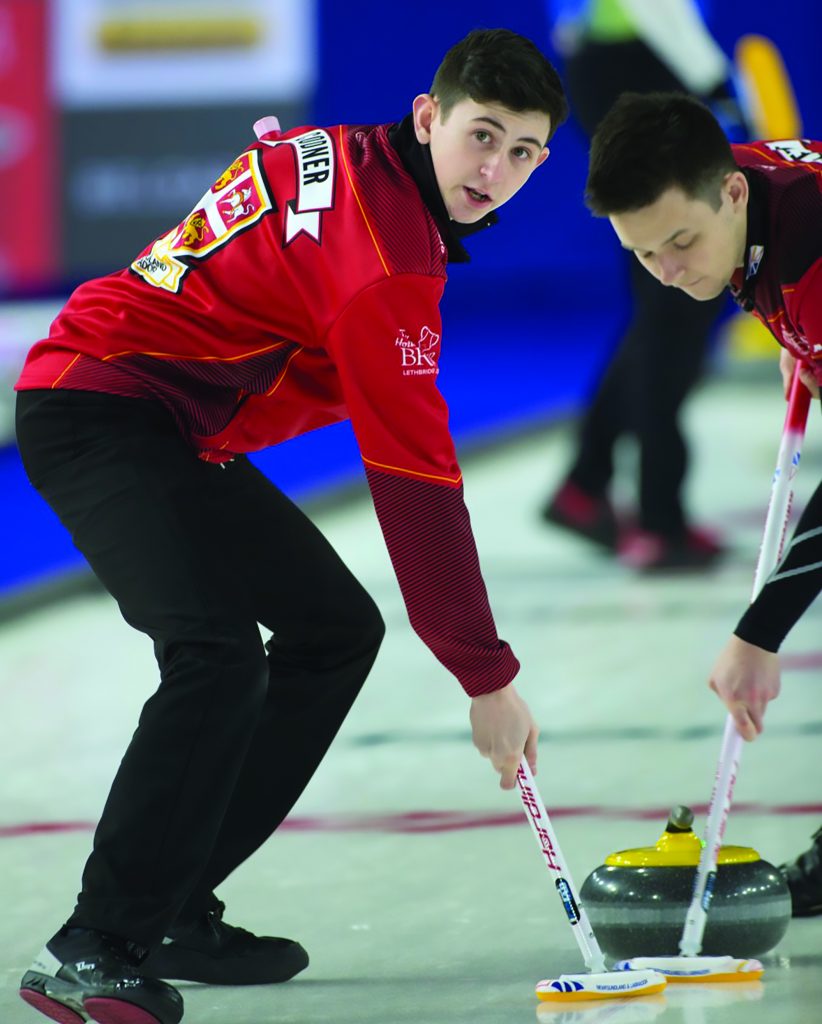 As COVID restrictions are lifted, the teams are competing to packed stands with family and friends cheering on. What has that been like, we ask.

“It’s been a way better experience having your family here and they’re up in the stands cheering and then that gets the rest of the crowd going and it just makes you feel more at home. I admit it, it’s hard being so young and we’ve never played in front of this many people before. So the way it is, it’s very welcoming,” he said.

Any words of advice for anyone with a dream, whether it’s sports or any other passion? “For me personally, it’s just one thing I can say and that’s just get on a team and work hard. Or find something you love and work hard.”

If curling is a passion, then just do it, he added. “Find three other guys who got the same goals as you, find a coach and work as hard as you can. And practice and play as many tournaments as possible and play older teams and really just put in the work.”

Codner said he’s never backed down from a challenge, and he’s never not tried to do his best because of his young age.  “After being here this week, I think we can say we put a lot of work into our game, but we haven’t put in anything compared to what all these other teams have because we just haven’t had the years behind us. Age has an advantage when it comes to games played and experience gained,” he shared.

It’s challenging, but you have to put it behind you and do your best, he added.

“It’s not easy to come out and play these guys but you do it because that makes you better.”

Codner says he’s just happy to be able to play the game he loves and to gain experience that will only make him better.

“I’d like to thank Team Young for this opportunity. These guys asked me to play in the provincials with them … that was pretty awesome, just to get to do that, and now this opportunity at the Brier has been amazing.”