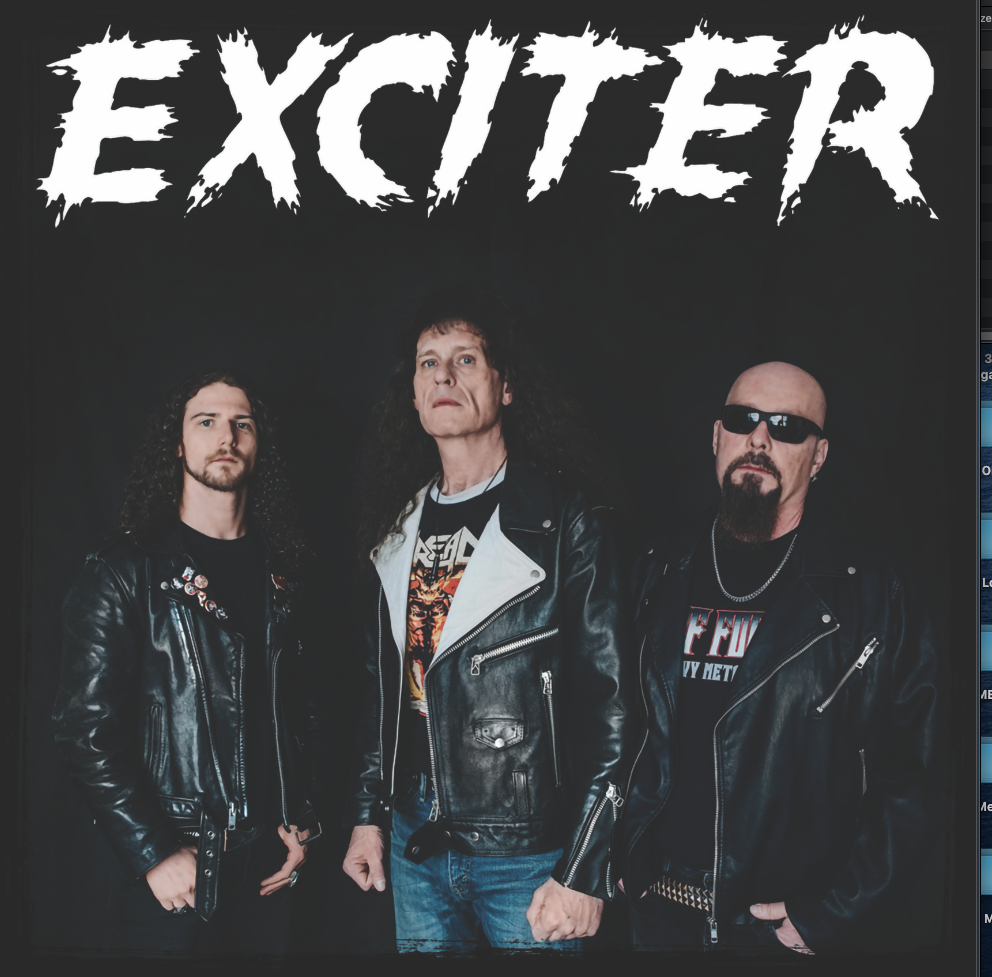 Canadian heavy metal legends, the truest of the original gangsters, Exciter will make their – unbelievably  long awaited – Newfoundland debut on July 23rd at The Rock House in St. John’s.

Established all the way back in 1979, the trio of founding members Dan Beehler (vocals/drums), Allan Johnson (bass) and newly minted guitarist Daniel Dekay have long since been established as one of the pillars of Canadian metal, earning god-tier status alongside heavyweights Annihilator, Sacrifice, Razor, Anvil and Voivod for their genre-shaping work in the 1980s.

Sitting down with the multi-versed stick-man and mic-slayer Beehler, and the career metalhead reflects on over four decades of music and memories, including the impending 40th anniversary of Exciter’s debut album Heavy Metal Maniac.

“It was a long time ago, but it’s fascinating that we’re still out there f***ing playing those songs that we wrote when we were kids,” Beehler opens with a chuckle.

“The people, they still want to hear it. We just did a festival in Poland and played the album in its entirety. In some ways I guess it feels like it was yesterday, but a lifetime has gone by and it’s pretty cool.”

Did Beehler and company recognize the shifting landscape of the Canadian rock and metal world as it was being forged by he and his peers in the 1980s?

“It was just like passing ships in the night,” he admits.

“We didn’t realize this whole Canadian thing was going to be so big for many years to come. We were just another band out there trying to make it. Now when we play with Razor and Sacrifice, it’s this big Canadian package to the rest of the world and they eat it up. But back then, no, we didn’t really think of it that way.”

And while seminal records like their lauded debut and subsequent followups Violence & Force and Long Live the Loud and Unveiling the Wicked are still seen as present day genre gems, the band is hard at work on their first studio album in 12 years, and first since the departure of founding member John Ricci.

“The reunion happened in 2014 and we went five years with John. And obviously when he left the band we just scrapped any material that we wrote. But there really wasn’t that much material to scrap to tell you the truth. The writing was really slow. But now, of course with Daniel we’re writing new material and working on it and eventually there’s going to be an album. Yeah, we’re really looking forward to it. It’s got to live up to those old albums. And I think it will.”

As for the present, after four-decades-plus of heavy metal dominance, Exciter finally are set to touch down on our shores, aiming to blow the roof off The Rock House in St. John’s in classic fashion. “We’re pumped up for it,” Beehler shared with genuine excitement. “To go to Newfoundland and bring Exciter there, it’s f***ing amazing man. We can’t wait. And yeah, it’s been all these years and we’ve never been there. It’s cool to play places that we’ve never played before. It’s awesome.”

Exciter take to The Rock House in St. John’s on July 23rd with special guests Vertebraeker and Grenadier. Tickets still available at Fred’s Records and the Fogtown Side Shop