NTV: First with the News 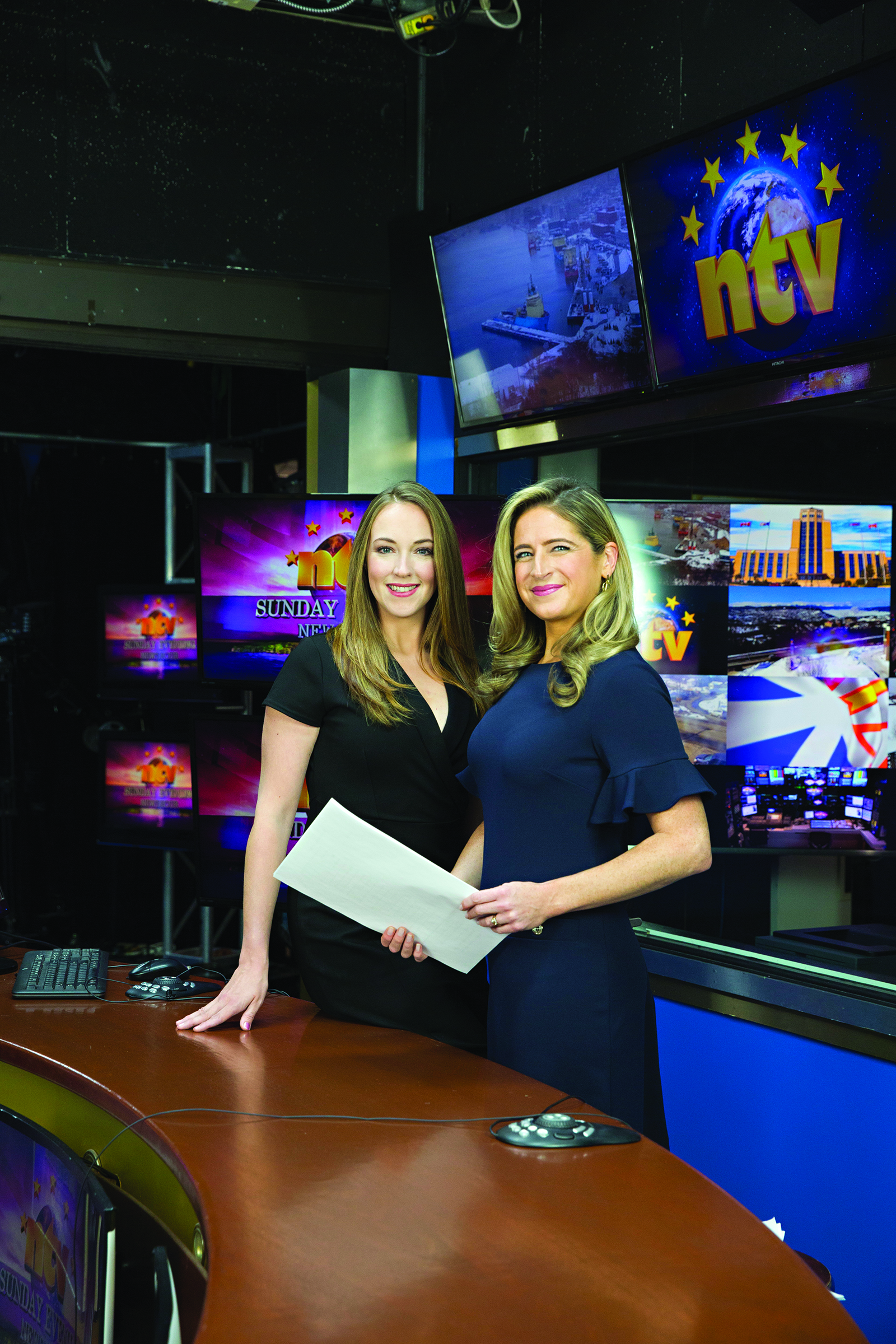 The province’s news leader continues to share the important stories that shape the province, country and world

Jodi Cooke is one of NTV’s most seasoned journalists and perhaps the province’s most dynamic.

She embodies the spirit of NTV News, where versatility and professionalism are paramount. Cooke, who’s been with NTV for over 15 years, is willing to tackle any story, asking tough questions and delivering the product with accuracy and acumen.

Equally comfortable behind the desk as in the field, she perhaps shines brightest on live television. Her poise and comfort in front of a live television audience, as a reporter, is second to none in Newfoundland and Labrador broadcasting – no small task when considering the material she delivers is often technical and complicated.

Cooke also has the unique ability to make viewers feel like they’re listening to a trusted friend. That’s why you’ll see her fronting those “live hits” for national television, covering stories like the recent Royal Visit or major breaking news events that speak to a national audience.

But like so many of her colleagues, Cooke doesn’t take herself too seriously. Yes, she takes her career seriously but is game for any challenge.

A self-described adrenaline junkie – who has a penchant for adrenaline sports like skiing – it’s no surprise she tackles her journalism career with the same passion and vigor.

She’s the first to raise her hand for participatory journalism assignments, from training with a search and rescue team to, wait for it, repelling from a helicopter. 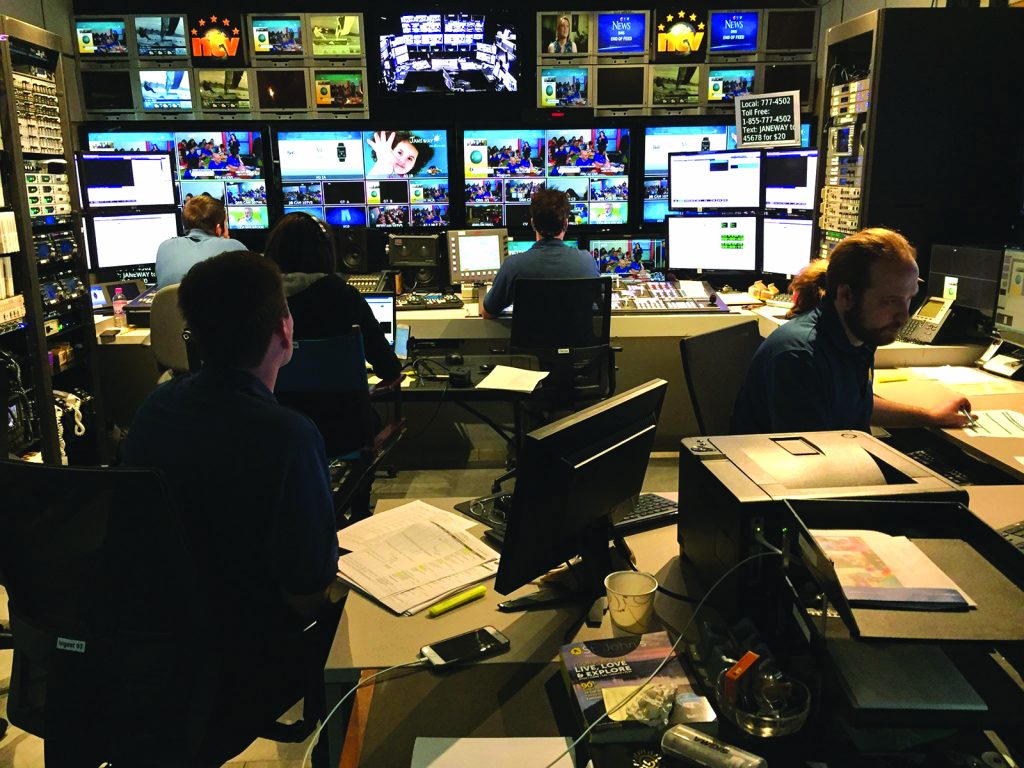 Those assignments, she admits, are among her most fun days at the office. Versatile is a word that best defines Cooke and, well, many of her colleagues.

She’ll file a major story one day and sit in the anchor chair the next. Cooke will anchor Newsday, First Edition and co-anchor The NTV Evening Newshour, and will be back reporting in the field just a day later. That’s the type of virtuosity that separates NTV News from the competition.

She’s not alone. Like Cooke, Amanda Mews has hosted everything from morning news and entertainment checkpoints, from Newsday to First Edition and the Evening Newshour. You can also find her, on occasion, delivering the weather forecast when Eddie Sheerr is out of the office. Did we mention she’s Cooke’s co-host on the The Sunday Evening Newshour?

Mews is also the station’s popular entertainment reporter, has a weekly feature (Backstage Pass) and hosts a weekly half-hour entertainment show. Oh, and is the main reporter for the daily Your Community feature.

Like Cooke and Mews, veteran journalist David Salter has hosted many of the same programs from time to time – news and entertainment checkpoints, Newsday and even First Edition, The Evening Newshour and Sunday on occasions. Salter also hosts his own weekend news program, Eyewitness News.

When he’s not anchoring, Salter is filing top news stories as a general assignment news reporter.

The station’s commitment to news – provincially, nationally and internationally – is what makes it a news leader. The NTV Evening Newshour has been the province’s top newscast for two decades, averaging over 100,000 viewers each night in this province alone.

In fact, it’s not only the top newscast but is the most-watched program in Newfoundland and Labrador. There are nights, for example, when over 120,000 people in this province are tuning in, astonishing for a province of about 500,000. 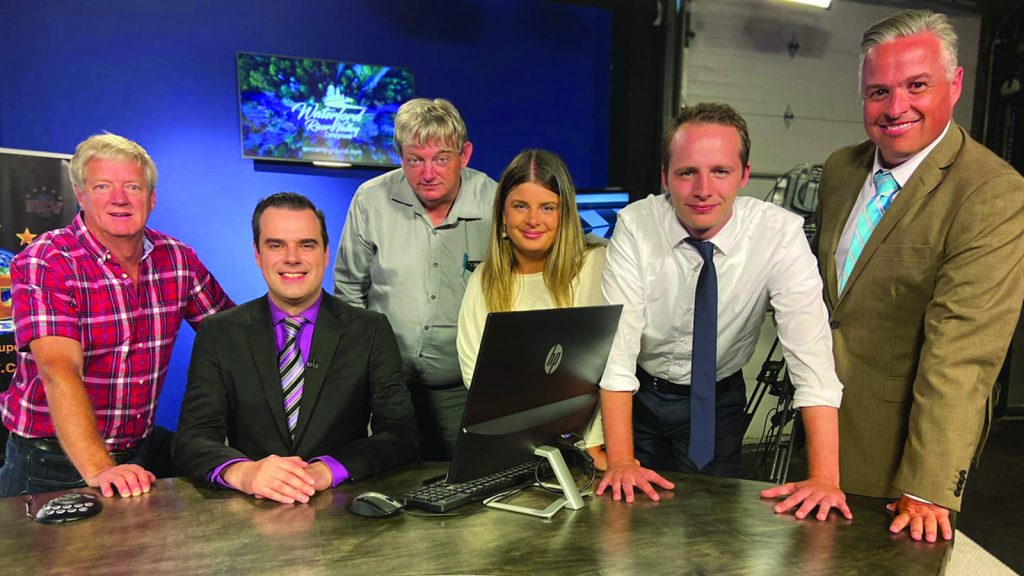 “It says a lot about the incredible work this team does,” says Mark Dwyer, NTV’s Director of News and Current Affairs.

“Hard work, consistency, a commitment to local news and a very talented team of people has earned us the trust of our viewers. We take that responsibility very seriously.”

NTV’s news team features many of the province’s top journalists. The anchor team is led by veteran broadcasters Toni-Marie Wiseman and Michael Connors, among two of the most trusted names in local news. Wiseman, of course, began her career with NTV over three decades ago.

“I’ve been very fortunate to work with some great people over the years but, honestly, this team is incredible,” says Wiseman, who also anchors First Edition.

Her co-anchor, Michael Connors, is one of the province’s most trusted journalists. Connors was NTV’s legislative reporter since 2005, replacing Glen Carter at the desk when he retired earlier this year.

“I think our success stems from the Stirling family’s commitment to news,” says Dwyer. “In an era when other networks are looking for ways to cut, we look for growth. I’m very fortunate to be part of a team that works together to tell the stories that matter in this province, and around the world.”

And, of course, no topic is more important to people in this province than the weather and that’s why NTV Chief Meteorologist Eddie Sheerr plays such a pivotal role. No one delivers more detailed, in-depth and expert weather forecasting than Sheerr.

The NTV News brand is demanding. There are morning news checkpoints, a half-hour Newsday newscast at noon (weekdays at noon), not to mention 90 minutes of news from 5:30 to 7 (First Edition and NTV Evening Newshour). There’s The Sunday Evening Newshour, an hour-long broadcast anchored by Jodi Cooke and Amanda Mews

There’s also breaking news programs, everything from the provincial budget to election coverage.

“It’s a challenge to deliver all these programs but it truly shows how much depth we have at NTV,” says Dwyer.

One of NTV News’ secret weapons over the past few decades has been photojournalist Bart Fraize, noted for his work in spot news – from tragedies to rescues. His work has elevated NTV as a breaking news leader.

Speaking about outstanding camera work, NTV has two of the best in Tony Barrington and Glenn Andrews. Barrington recently celebrated his 44th anniversary with the company. Andrews is emerging as one of the province’s top feature editors.

And the team keeps getting better with the acquisition of talent. Beth Penney, the 2018 Geoff Stirling Memorial Scholarship winner, has emerged as one of NTV’s top young journalists. Ben Cleary, who pursued a journalism degree after graduating with a political science degree at MUN, was named Atlantic Canada’s Top New Journalist in 2020.

Cleary is now NTV’s legislative reporter. Bailey Howard and Marykate O’Neill, both outstanding young journalists, have been key additions to the NTV lineup in recent years.

The latest to join the award-winning newsroom is an award-winning journalist herself, Rosie Mullaley. After over three decades at The Telegram, she made the switch from print just weeks before Carter’s retirement.

Of course, that’s the St. John’s newsroom. Two of the province’s most familiar journalists are outside the overpass – Don Bradshaw and Colleen Lewis, the talented west coast and central correspondents who are fixtures with the NTV news brand.

“I challenge you to find a more talented, dedicated, multi-dimensional team,” says Dwyer, answering his own challenge with: “You simply won’t. This is a team I am so proud to be a part of. And when you factor in people like Sharon Snow, who can deliver the weather forecast, file a Your Community and Places to Go feature, you know you have a star-studded team.”

It’s no secret that NTV News has been number one in the ratings for over two decades. Incredibly, as conventional news audiences decrease throughout much of the world, NTV’s brand continues to grow.

There’s no secret recipe to NTV’s success over the years but the ingredients are obvious. It takes talent, hard work and leadership. It’s about telling stories and keeping viewers informed, and never has there been an era more important for doing just that.