On We Go | 25 Years of The Ennis Sisters 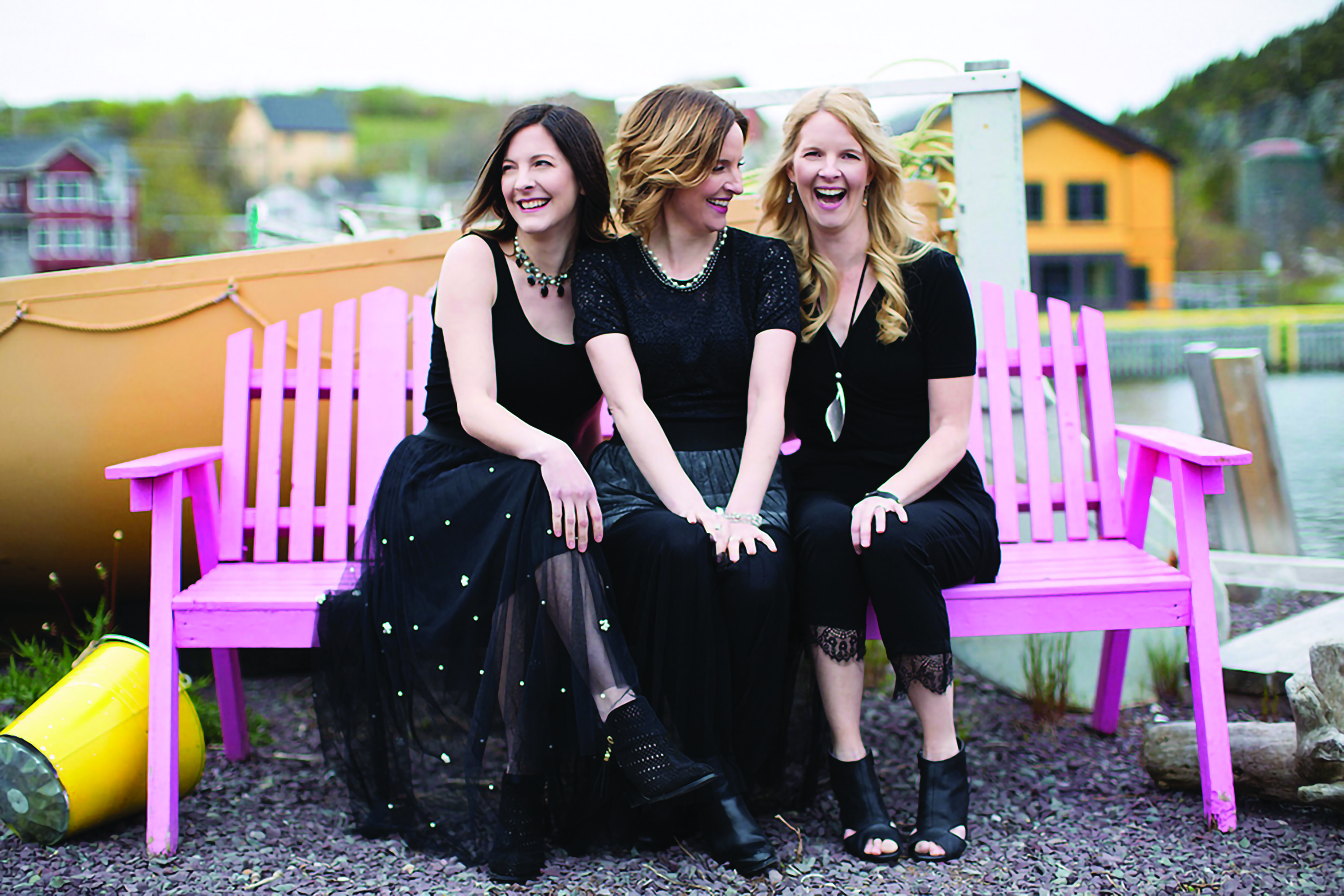 Maureen, Karen and Teresa Ennis, in their own words, reflect on 25 years of The Ennis Sisters, delving into early days, industry changes, life lessons and new material

From Ennis Road to venues across the globe, Maureen, Karen and Teresa Ennis, lovingly known as The Ennis Sisters, have lived their childhood dreams of becoming internationally regarded singer-songwriters and touring artists.

From their debut album launch in the summer of 1997, to proudly celebrating their 25th anniversary in 2022, the trio of sisters have seen the ebbs and flows of the music industry, overcome hurdles and experienced the highest of highs in the music business.

Now, ahead of their provincial 25th anniversary tour and upcoming new project On We Go, the trio sat-down with The Newfoundland Herald to, in their own words, reflect on a lifetime in the music business, on the roads less travelled and many lessons learned.

Teresa: So many changes have happened since we started back in 1997, which is when we released our first CD. We’ve actually been on the go longer than that, but that’s sort of when we felt like when we started counting, the professional official day. June 25th, 1997. And we released our CD at the Delta.

Karen: We were so nervous. And I remember running into Alan Doyle and he said, ‘you’ll always remember your first and everything else you will have to measure up to this.’ And it’s true. Like that was just such an exciting time for us. We got to perform on this big stage, sold out crowd.

Teresa: I remember being in that room 25 years ago (first album launch) and I remember that was probably one of the very first interviews we ever gave because I believe it was Toni-Marie Wiseman came over and asked if we could give an interview about how we felt about our first album release. And we were so green. We had no idea how to answer questions. We didn’t reflect on our time in the studio or what any of this felt like. It was just like happening moment by moment. 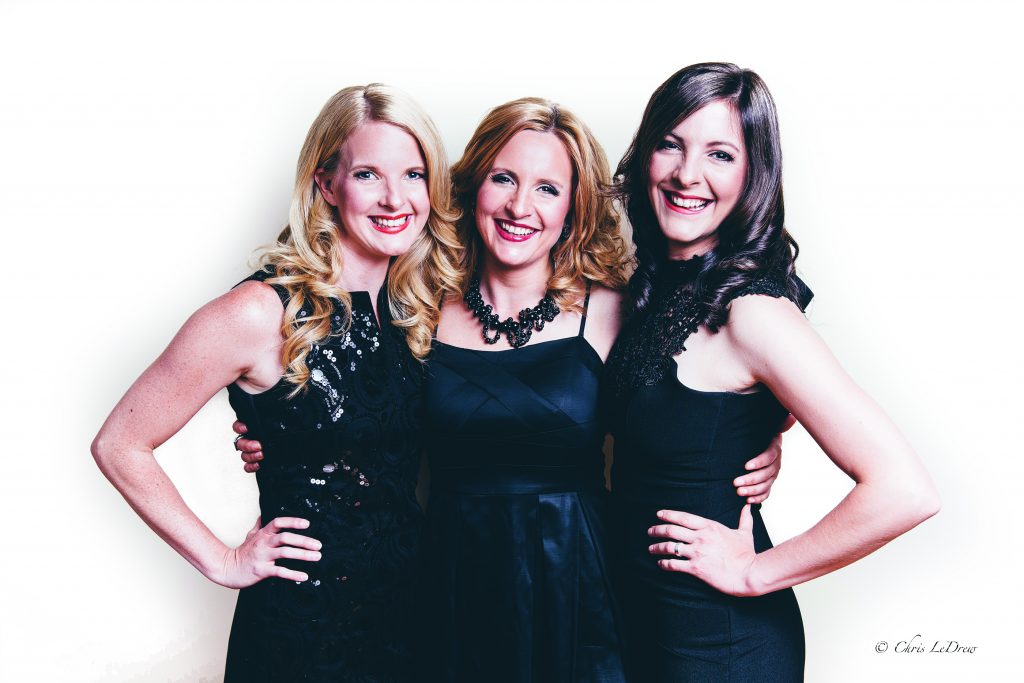 Maureen: But I mean, it’s been such a wild ride of the highest highs and also seeing where the industry is in between when you’re trying to reinvent or figure things out. A lot of changes. The ups and downs of the industry and we’ve experienced so much in 25 years and what’s amazing is 25 years later, we’re going to be on the stage again at the tent, Iceberg Alley (June 25th, 2022).

The chances of that actually happening exactly 25 years later to have an opportunity to play that same music from 25 years ago, with the bands who were also there 25 years ago. It’s sort of like this weird serendipity, to be able to celebrate and probably with the same people that were in that room 25 years ago.

Teresa: Music was something that we just did anyway. So we didn’t even think of it as a career. We were all under the age of 19 and so we were just doing it for fun and had no idea really where it was going to take us. We just knew that this is what we love to do.

Karen: I remember one time, a few months (after the album release show) driving down a road. Someone was set up just by the overpass there selling tapes and tops. And they had our tapes there and our tops. And the only way you could get music back then was to buy it or to listen to it on the radio. So you could actually make a living, which we did, by selling your music.

Dad would get calls because he was our manager at the time. He was getting calls all the time, we need restock! He was always going down to Fred’s, O’Brien’s, Walmart, Kmart, whatever was there, and just restocking because that’s the only way you could get it. And that album sold over 50,000 copies. Then when we signed our record deal back in the year 2000, that was around the time Napster started coming in. So people could then get on and download your music.

Teresa: First of all, it was a compliment in one sense that enough people were sharing it, but at the same time it was like, this is horrifying. How are we going to make money from this if it keeps going down this road? And it kept going. They’re (streaming giants) out in their yachts and their million dollar mansions off the backs of artists who are pouring their blood, sweat and tears and doing what they love to do and what they’re passionate about, but can no longer make money off music.

Maureen: In the 25 years, we were able to experience what it was and then what it became. And it’s amazing how we’ve been able to kind of move inside the evolving and the changing parameters of this industry.

Maureen: Over 25 years, you become very patient. For us, it’s like the long drives and showing up and doing your show. And there’s still so much joy in getting on stage because it’s the only time, 25 years later, singing the same songs like “Red is the Rose” and “Out From St Leonard’s” and talking about where we’re from brings us so much joy and so much pride of place, still, that that’s what keeps us going.

Because I’ll tell you, this industry is tough, it’s hard, and we self-manage. Everything that we’re doing every single day, it’s enough to make you want to go, ‘okay, I don’t wanna do this anymore,’ but the payoff is showing up and people still enjoy what we do and we still love what we do 25 years later.

And it’s so worth it.

Teresa: And you really would have to. You would really have to have passion in your heart for a music career and for music through all this. There’s been some really tough times and really low lows. But it’s that exact thing, getting on stage and getting to connect with people through music that makes it worth it.

Maureen: It’s finding the joy when we get on stage, finding the new stories to talk about and our perspective on different things and just plugging them into our show. And the only time that I feel like my mind is completely calm is when I walk out on stage. I think of nothing else but that. It’s a feeling, it becomes an emotion and it’s such a lovely, wonderful thing that I hope we get to do for many more years.

Teresa: And we’re very aware. Every time we go on stage we say ‘we got to enjoy this moment here,’ because you never know.

It’s just an appreciation for our relationship and our time, being able to do this. This is such a lucky thing to do, see the world and sing our music.

‘This is really what you have to do.’ And we didn’t listen and we went and we did what we thought we needed to do. And then you do that and you look back and think wow, Dad was right.

He kind of understood the industry part of it. And we were just kind of, we want to be famous. We didn’t see the business the way that he did. So I feel like Dad and Mom kind of knew and could see through some of the things we couldn’t at that time.

Maureen: I think for me, in the beginning where it took off, and for us it just took off. It was a novel sister thing. And we were young and it just took off and it was so fast. We were exactly where we needed to be, right time, right place.

I think if we had to be able to stop, I think what Karen’s trying to say is that there was a whole other layer of business that needed to be understood, along with really being solid in what message you wanted to put out in the world for your company. And then as we went along, that developed because you kind of had to deal with the ups and downs. This is the focus of our company. This is what The Ennis Sisters brand looks like.

And when you understood the actual business sense of it, it would have made the road a little bit more smooth. Understanding the layer of business that this is a product you’re selling. And it’s not just getting up on stage and being a star or whatever. There is an actual business being run underneath the product.

Karen: With the music industry there is no manual. There’s nothing that every artist can follow that will get them the success that they want. It’s being true to yourself. And that’s the other thing. It’s like you learn that you’ve got to do what makes you happy.

Maureen: We also learned, with the three of us, is learning our relationship with each other and how to give each other space and when it’s necessary to kind of move in and help. But we really respect each other’s talent inside the group and know what each one offers the company. And then as soon as we all fit into our spaces, the company started to run like a well-oiled machine. And that was another big lesson for us was to let each other shine where you needed to shine and step in when it was necessary.

Teresa: We had a bunch of music ready to go to record a new album. The pandemic hit and then it was in lockdown mode. And then we were able to prepare, sit and really concentrate on that project. It gave us time. We had a really busy schedule and we were, at the time, trying to figure out when we were going to get time to record this thing? And we wanted to work with Alan Doyle again and we weren’t sure if he would have time in his schedule.

Teresa: We temporarily converted Mallard Inn into a studio. And we sort of bubbled up with Alan Doyle and Peter Green and basically we played everything ourselves.

Maureen: The entire point was to keep it as contained in our bubble and see how much of the project we could do ourselves. I mean, we did have Wade Tarling and Cory Tetford as outside musicians on the project. But other than that it was so contained to just what was in the room as much as we could do. It was kind of like this cool little thing: what can we do to make this music?

Teresa: And it was so fun. We took a month and just spent a month, as special as possible, just us. Like, how can we do this without adding too much to it? Let’s make this music during the pandemic in a bubble. And we’ll always remember it. You really could spend the time and focus on it because everything else was locked down and we could properly sit and concentrate and there were no time constraints or anything.

Maureen: And then we also didn’t lock ourselves in. This music has all kinds of different colours on it. It was true to every song.

We were so proud of these songs and it was just fun to make it. And again, we called it On We Go because it was during a pandemic. And let’s just keep moving on no matter what. For the last 25 years what have we done? Moved onward.