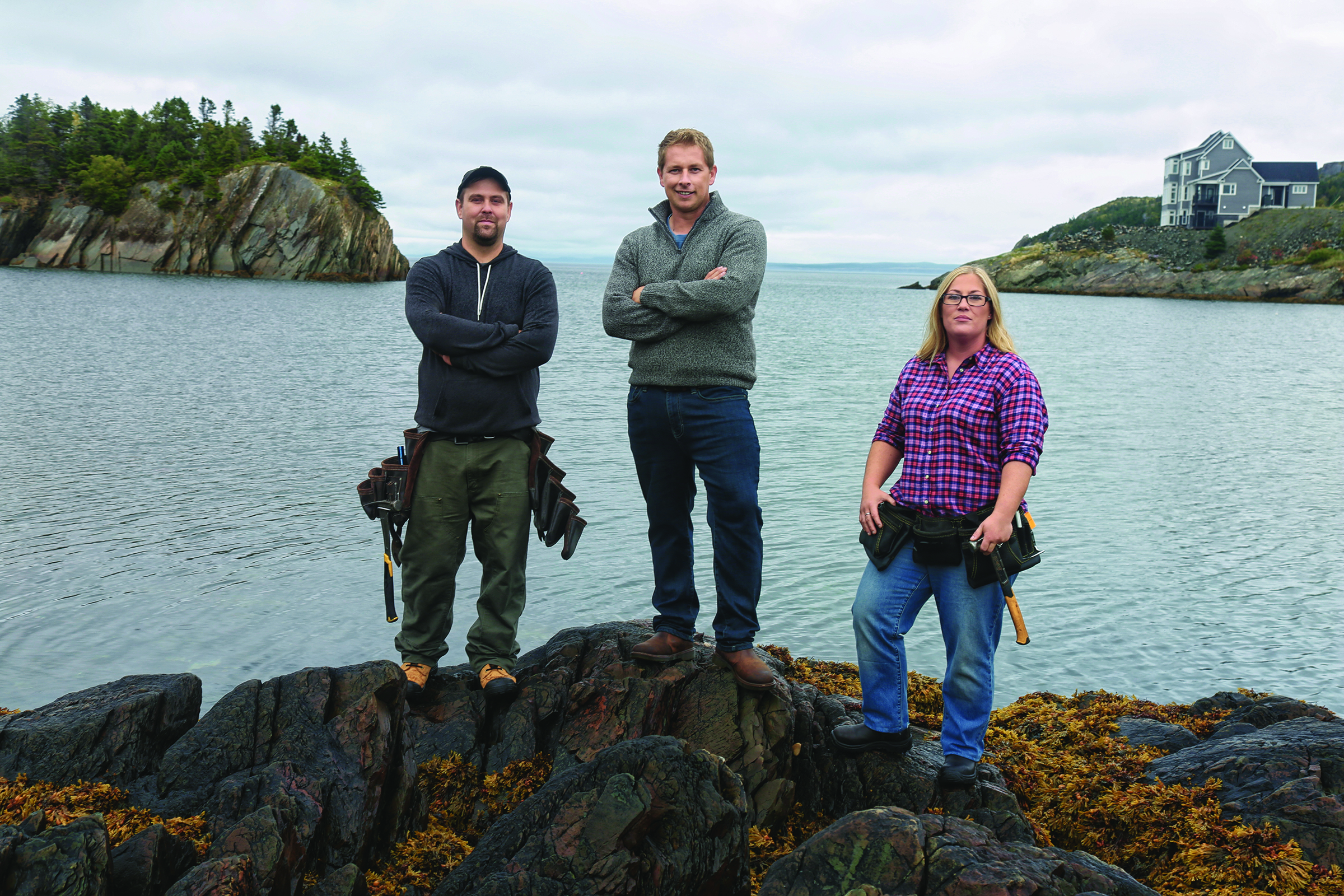 It’s not like the folks at Newfound Builders – a Brigus-based family-owned construction business – haven’t knocked it out of the park over on HGTV Canada, but knowing the crew will now be swinging hammers and nailing one-liners in their unique Newfoundland style on Canada’s Superstation is a bit of a win-win. The rookie of the crew, Nikki Spracklin, says that she’s thrilled with the news that season one will now be shown on NTV while season two airs on HGTV Canada.

“I think it’s a great opportunity for everyone to get caught up, as some may have missed some of season one, and now they’re getting a chance to watch.”

While the excitement builds with each episode, the show’s success still is surprising, she said. “None of us expected this to be what it is. We thought it was a joke at first and now for this to be as big and popular as it is, it’s mind blowing. It’s like ‘b’ys, are you serious? You all seriously want to know what we’re doing?’ Our job is hilarious to us, and we have fun, but that others want to watch us is mind blowing,” she shared with awe and gratitude. 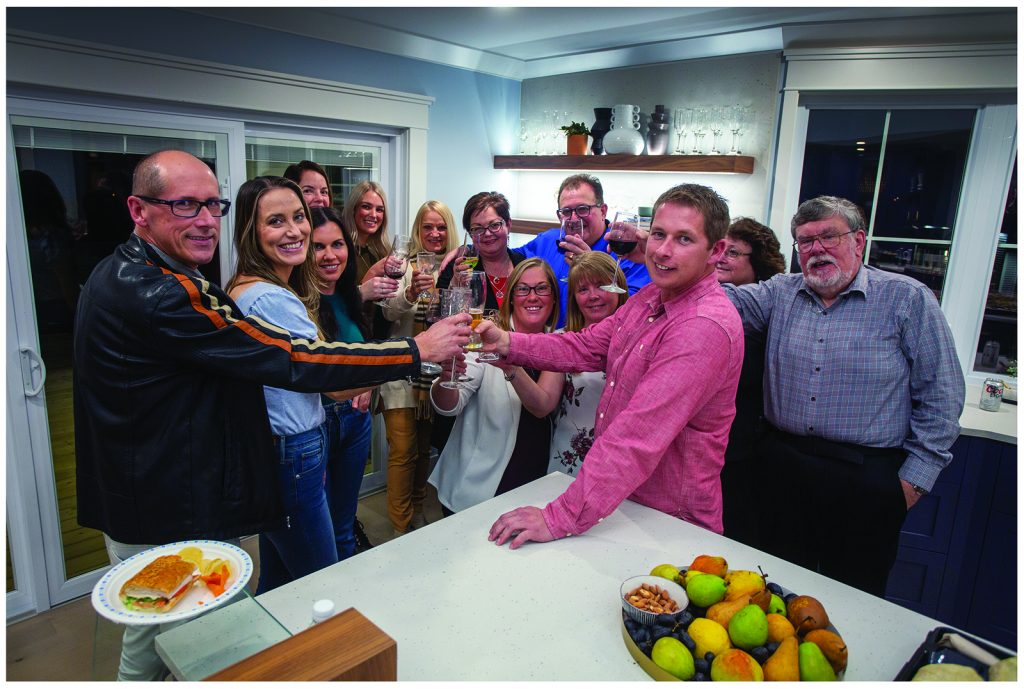 Believe it, Nikki!  Tour buses are even coming by to have a peak, we’re told.  “In the summer, it was priceless. We’re at the shop in the mornings then head out to a site and when we come back, our shop guys say, ‘we were bombarded with people again today.’ We have everybody coming to visit, and it’s bringing in a lot of people to the island to see the beauty we have here in Newfoundland,” she shared.

When you watch the show, you see how close the crew seem with one another. It all looks so genuine.

“It’s 100 per cent genuine. We went into this wanting to stay true to who we were, staying true to our traditions and to the way we carried on at work. We believe in what we do, and we have a really great brother/sister relationship,” she said.

Staying true to who she was meant not changing for a camera, and they stuck to that, she added. “We carry on  all the time at work every day, whether the camera’s there or not. We’re there for a good time. And you know what? For me, I’m glad it’s put across that way on the show, and I’m glad people get to see our true selves. It’s 100 per cent authentic, and what you see is what you get.”

We ask if there’s been a favorite project so far. “We did a road trip … and we did a special job for a child and a mother. That job really hit my heart being a mom myself. But there’s a couple of jobs throughout the season where you got to know the homeowners and we still connect with and talk to them on a regular basis.” 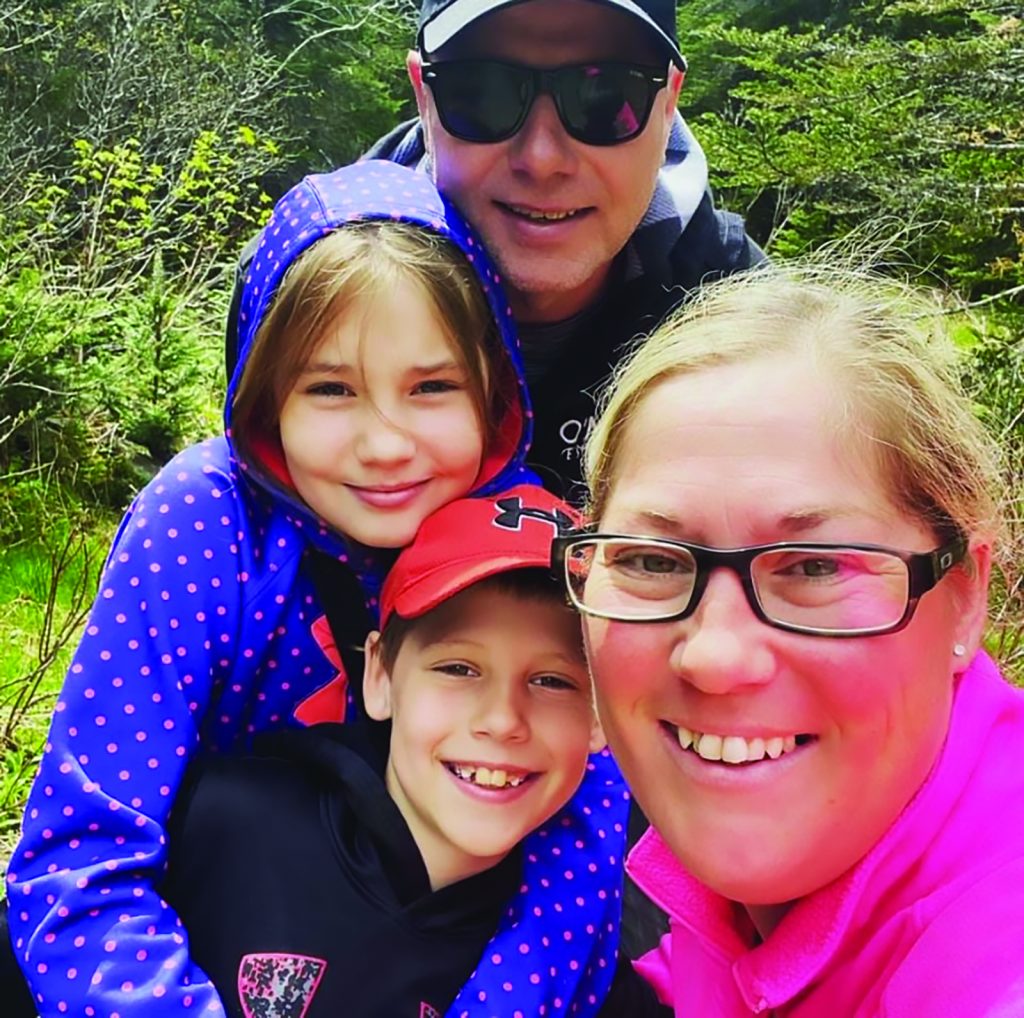 But then most jobs are special for a variety of reasons, she added.  “A lot of the jobs are special because you take it right from the ground up. You get the keys from the homeowner and they let complete strangers in their homes. Over time, before you hand the keys back, you really get to know these people.”

We have to be nosy and ask about her home life with her partner Blair and the kiddies. How is she balancing it all, we ask.

“Depending on the weather sometimes we do get some time off but for the most part, we work year round. I’m juggling being a mother and working 40, 50, 60 hours and it has been a challenge, I’m not going to lie.”

She, like most, simply does the best she can, she shared. “I try my best to make my family time count when I can, and we make the most of our family time when we can. We love being outdoors so when I’m free, we make the best of it. My partner Blair has been a great help.
He’s took on a lot of extra responsibilities. We’re just a mom and a dad trying to juggle it all, and it’s working most times.”

Being a woman in the trades means she has become a bit of an inspiration for other women.  Spracklin nodded.

“I hear that a lot, and it touches my heart because I didn’t plan on being an inspiration, and I didn’t expect the reaction from women. I’ve received messages from all over Canada. I’ve had women reach out to me and say, ‘Thank you. You go, girl.’ And it’s like, You know what? We’re no different than the man next to us on a job site. If they can do it, you can do it.”

Sometimes, she’s so touched from the feedback that she actually cries, she shared. “To hear that a child wants to grow up and follow in your footsteps really touches you. That means so much,” she said. While Spracklin might come across as if she’s right at home around the bay, she actually grew up in St. John’s.

“I guess I’m a townie through and through. When we got married, we figured it was better to raise the kids around the bay so we moved here to Brigus. There’s so much outdoor activity between quad rides, and we love to hike so it was a no-brainer to be out here living.”

Now, the team get to showcase their unique lifestyle to the rest of the world. Spracklin nodded, adding that’s one of the best parts. “When Randy first said this was happening, I laughed at him. I said, ‘Oh, really?’ To be honest, we thought he was crazy because at first we were all like, ‘no way’, right? But he said, ‘Come on, let’s have a laugh with it.’ Then when they actually landed on the ground and the cameras were there it was like, ‘Oh man, this is real. Here we go,’” she laughed. 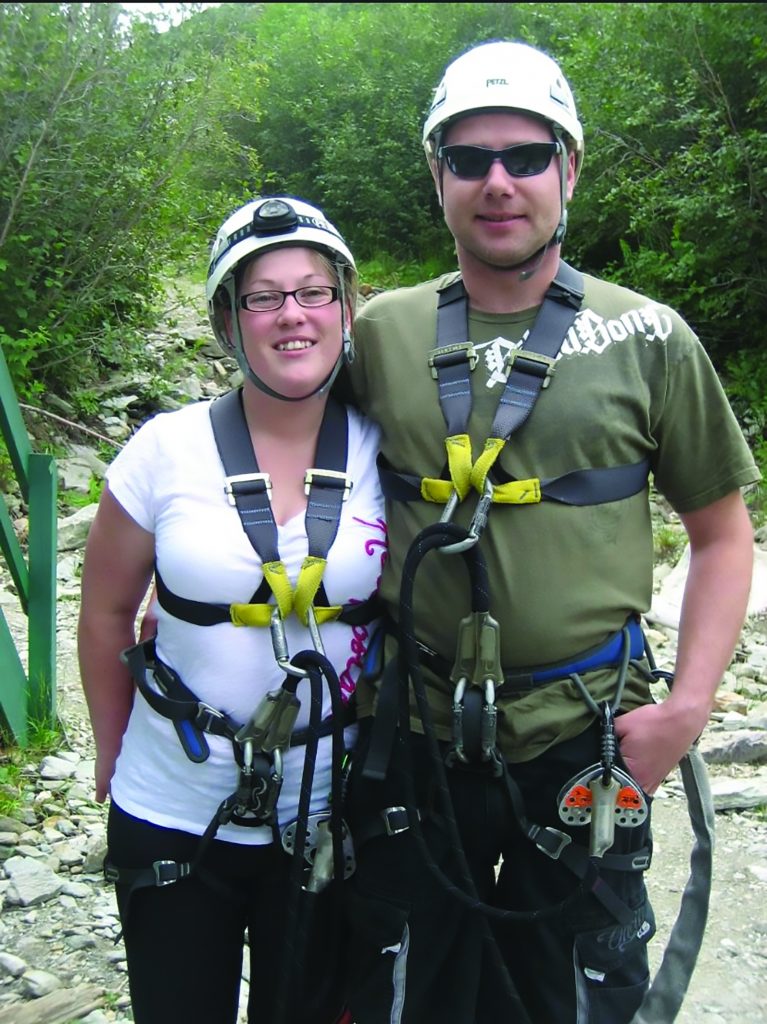 Sprackin shared that the filming lasts for months so when she sits down to watch the show with family she hardly remembers what had happened. Good thing too sometimes, she laughed.

“I got to tell you, the weather sucks in Newfoundland. The only thing that drives me nuts in Newfoundland is the weather and sometimes I look back and can’t believe we went to work in that. But when you get a good crew around, it’s a little bit easier to take. Yes, sometimes you’d like to go home out of it, or when you got so much to do and you only got so  much time to do it in, you want to say shag it but you suck it up and do it because by the time lunchtime comes, you’re already halfway through the day.”

So, we know she isn’t a fan of the working conditions weather-wise sometimes, but is there any one thing she loves most about her job, we ask.

“The people. That’s really it for me. But the projects too. These projects are unique. How many carpenters can say they worked on a root cellar or on a treehouse? That’s the fun part of work. Randy and Newfound Builders, they don’t care what it is, he’ll take on anything. That’s the fun part of being on the residential side of carpentry. You’re going to experience so many different things. I love when we get a unique, different project because it’s a learning experience and it’s also a very big bonding experience for all of us when we go in and try something new or something challenging,” she said.

Does she tackle projects at home?

“Oh no, my dear. When I leave here at five o’clock on Friday, my tool belt stays here, so I come back Monday morning and put it back on. I leave it there, and it will stay there. I go home and enjoy my family.”  Anything else she’d like to share, we ask. “No, maid, I’m good,” she said.

We both laugh. Last questions: What does her family think of it all?

“My dad thinks it’s great that he has a daughter on TV, and he’ll call me after and say he stayed up late just to see the show. It’s hilarious but we all love it.”

Leave a Reply to B Edwards Cancel reply