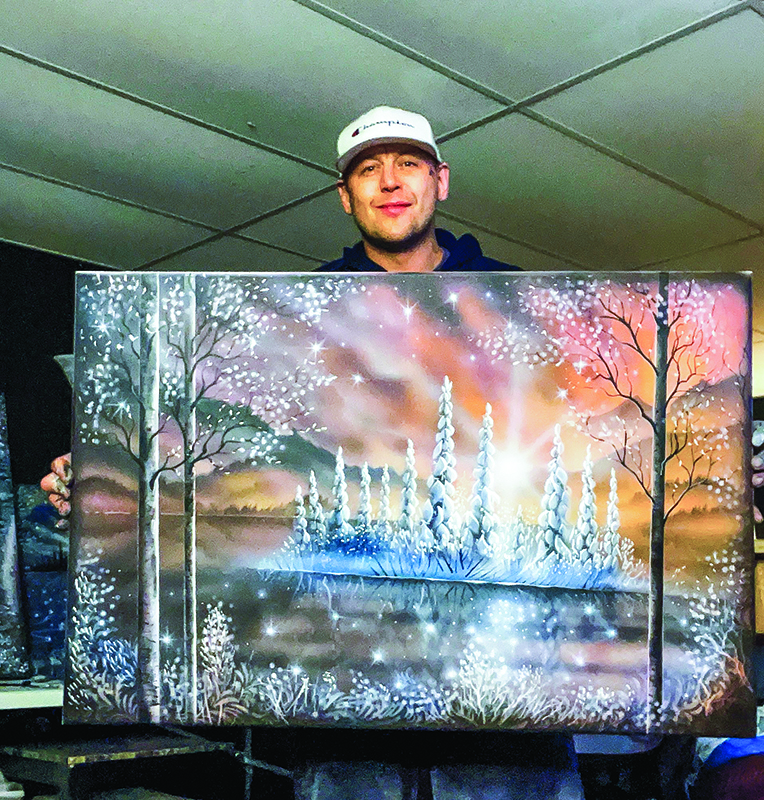 A celebrated Labrador artist shares his story of losing everything because of alcohol and drug addictions ?–  finding his way back to sobriety by creating art

Scott Pynn,  born and raised in Labrador City, began painting and drawing at a young age under the guidance of his grandfather, Henry Pynn, also an artist. In school, Pynn studied engineering and psychology, neither of which he felt were the right professions for him.

“I said, I have to learn how to do something within the arts if I want to be happy in my life,” Pynn tells The Herald.

It wasn’t long after that realization that he quit his job in construction to become a professional artist.

Success soon followed. Pynn, a talented visual painter, has sold his work and prints all over the world. His other business, a tattoo shop – the first of its kind to open in Labrador City – was also thriving. The business owner was living what remembers as “a great life.”

It was 15-years-ago when that life began to spiral. His struggles with addiction began as a teenager when he started drinking, leading to an alcohol addiction, and then to an addiction to cocaine. 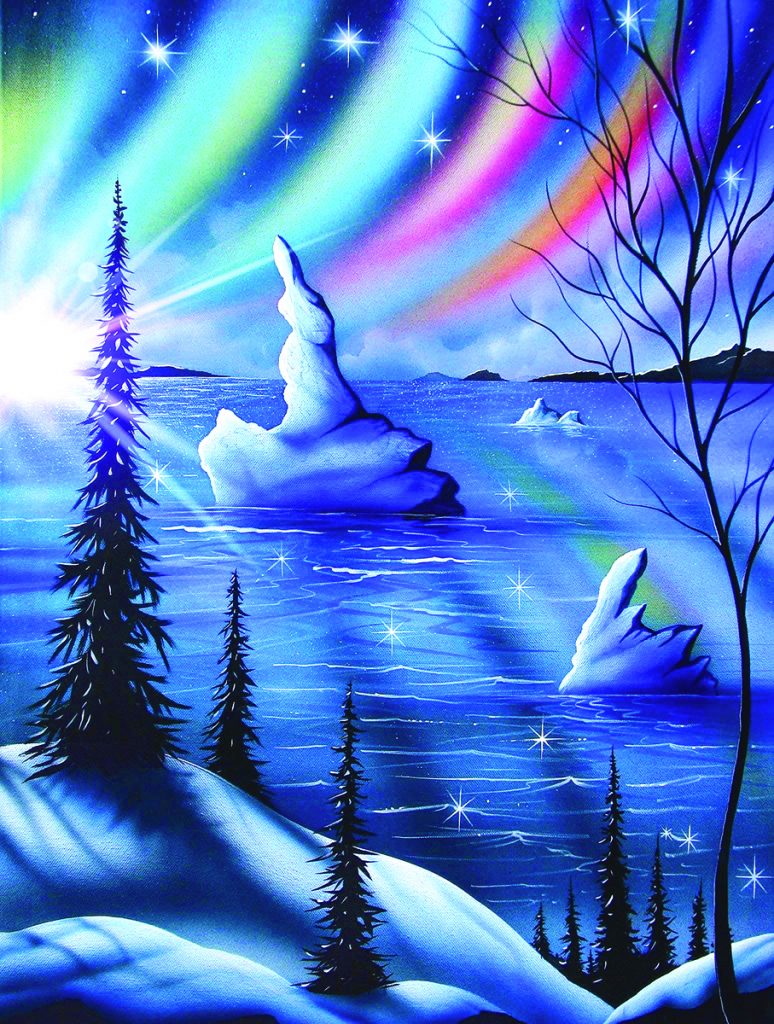 For Pynn, it came to the point where he was drinking hard liquor and using cocaine every single day.

“I felt like I couldn’t even live without it. It spiraled to where I had no will to do anything else but drink and use.”

He lost everything that was dear to him? – ?his family, his money, his business and his health. He knew if he didn’t seek treatment for his addictions that he would die. “I always thought I was just one more night away from that fate.”

Pynn checked himself into the Humber Wood Rehabilitation Centre, in Corner Brook, in November 2021. The three weeks he spent there for treatment reconnected him to something he had replaced by drugs: ?his art.

Pynn painted every day, realizing it was something that had gotten away from him over the years. “I painted maybe five pictures over two or three years. So when I went to Humber Wood, I promised myself that I was going to get back to my artwork.”

Today, he credits his passion for creating art, which kept his mind occupied, helping him towards his early recovery.

At the end of his three-week stay, Pynn had painted between 20 and 25 pieces. Upon his release, he started a Facebook group, Scott Pynn Canadian Artist, which, in just one month, gained 25,000 members.

Life as an Artist

Pynn, who’s nearly 200 days sober, says his days now are rather routine. He wakes up early in the morning to practice yoga or meditate, listens to music, and paints all day long. It’s a routine that’s working out extremely well for him.

“My relationships with my family are much better. The most important thing for any recovering addict to remember is people can’t help you if you don’t tell them what’s going on with you.”

He believes this is why he continues to receive such an outpouring of support from others? – ?it’s because he laid all his cards on the table. “I said, look, this is who I am, this is what happened to me, take me or leave me. But the support for me has just been unbelievable.”

It’s that level of support that gets Pynn through each day when, on any morning, he’ll see 500 Facebook messages from people all over the country, letting the artist know they are pulling for him. 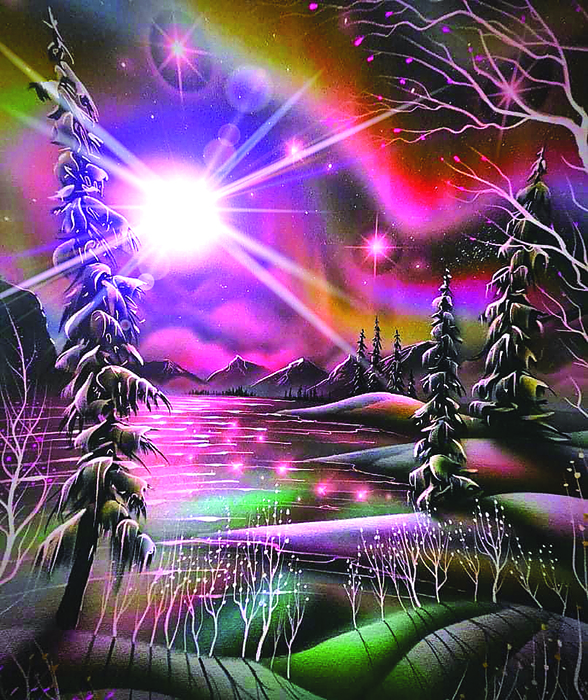 It’s that support that not only touches him, but gives him the accountability to stay committed to the path he’s on. “I’m not about to disappoint the 25,000 people in my Facebook group and go use or drink. That’s not an option for me anymore.”

Of the hundreds of messages left on Pynn’s group wall each day, he remembers one in particular from a young girl that particularly moved him.

“She said my group is the most positive and addictive thing she’s seen on social media and my paintings look like they were done by someone who has crossed over to the other side and brought back the visions. I thought that was beautiful.”

Pynn says that everything he lost to his addiction? – ?his business, family, daughter, girlfriend and his health, he now has back. “Every day gets better than the last. I found it very easy to stay away from the drugs and alcohol once I had the knowledge of how to do it.”

For Pynn, it was important to him that addicts who have been suffering in silence have a place to turn. He recently launched an NFT project of 1111 different pieces and will be using a substantial portion of the revenues raised for his “Art of Recovery Program”, which helps pay for people to attend treatment centers and provides recovering addicts and people struggling with mental illness access to free art supply’s.

Since sharing his story, others have reached out to him to tell him he’s been an inspiration. “They’ll say I’ve been watching you, and you inspired me to decide to get clean. I know my story has made a difference in some people’s lives, for sure. Now that I’m helping other people, I feel amazing. Every day is better than the last.”