SING TO ME, SHANTYMAN 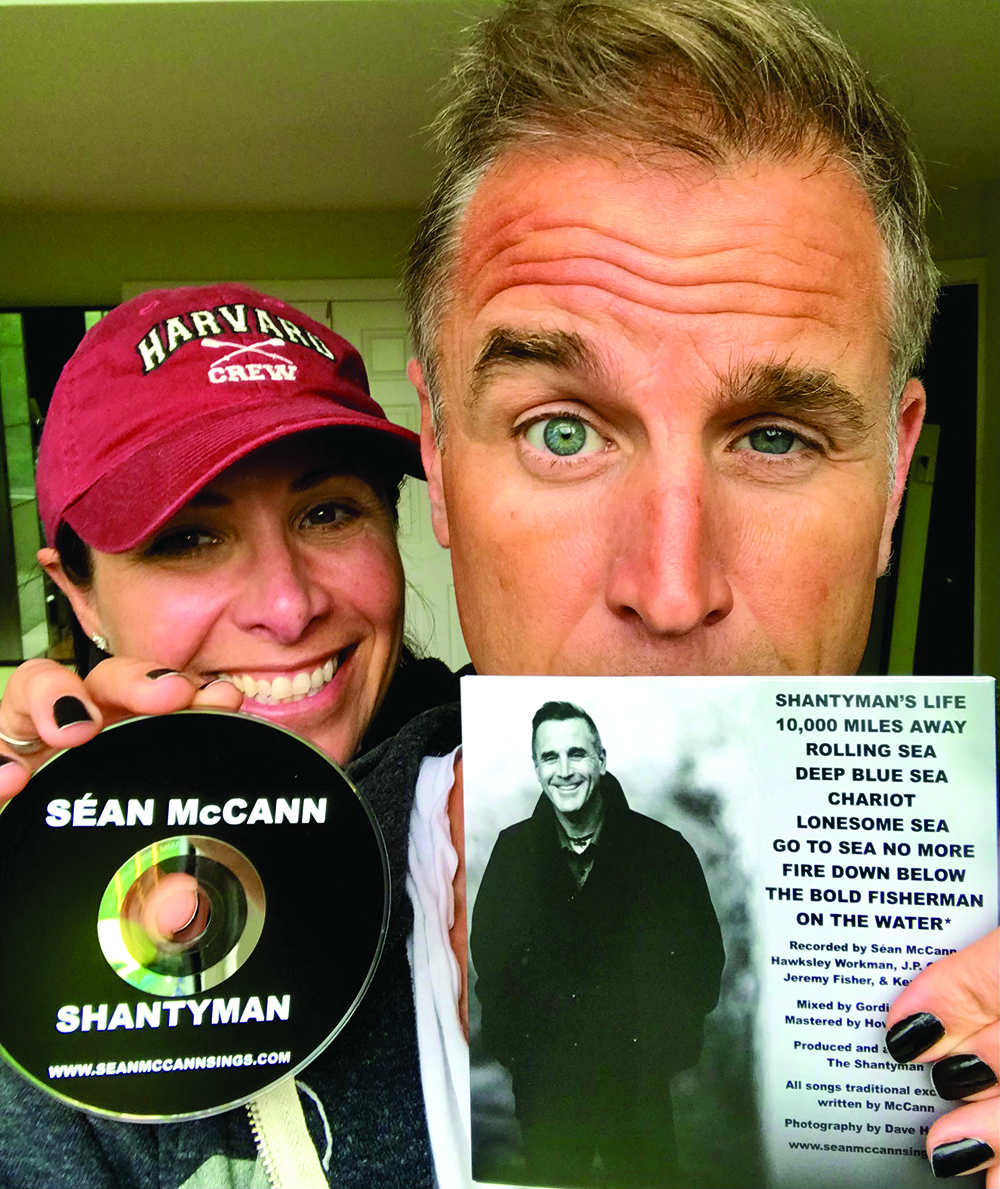 Séan McCann the Shantyman of Great Big Sea fame, has gone on to some great things as a solo artist – from author to philanthropist – but finding his way back to the Shanty just might be the best news ever

Séan McCann might call Ontario home right now, but he remains connected to his roots, returning with his boys when he can. What do they do when home? “I went and landed at the airport, went straight to Leo’s (takeout) with my boys because I just love Leo’s and their fish ‘n’ chips, then went straight around the bay.”

It had been a spell since he had visited with his folks, so this past summer’s excursion around the bay was quite meaningful. “I hadn’t seen my parents in a while so we surprised them. I hadn’t seen them in almost two years. And you know, it was all about them. Spent all our time together and we’d go on the water a couple of times and just did a lot of hiking and just being together.”

a leap of faith

Having not flown in a while, it was a big step to take, sort of a leap of faith.

“It was my first time on a plane in a while so it was a weird feeling. And then we got to Newfoundland and there’s no masks as the mandate was dropped. So we were all kind of like, ‘can we take this off?’ But it was just so, so good to be back and to let the air – let the Newfoundland air – stay in you for a week.”

It was a visit home that was welcomed, he added.

“We all just badly needed to just recharge the batteries. I’ve been in prison (figuratively) ever since I’ve left, you know? We take (home) for granted. You don’t get a true appreciation for a place until you leave it, but Newfoundland is so beautiful – it’s just gorgeous – and, let the wind blow over you.”

land of his birth

The power and the pull of home was clear as McCann continued to sing the praises of the land of his birth. “I lived there and I took it for granted. But you understand how important it is. It’s the place I carry with me every day.”

Is this where the Shantyman songs come from off his latest album?

McCann took a brief pause. “I’ve studied in philosophy … and as a career choice, my backup plan was to be a folklorist because I love the music of Newfoundland and I was already collecting it, but (school) was far more academic and a little drier than I wanted it to be. But I had training in how to find the good stuff.”

McCann was a year-and-a-half into his degree when Great Big Sea “blew up” and he was called away from his studies. “I still owe them a thesis as far as I know,” he joked.

But McCann was able to use his love and passion for tradition to aid in the band’s fortunes. He became known as the Shantyman.

“My role in the band, I was the Shantyman. Alan (Doyle) put that name on me I think because it rhymed; Sean McCann the Shantyman. My job was to sing at least two shanties every night. That’s what I brought to the band.”

“Fergus is the best man that I’ve ever seen and I had access to (Fergus and Dermot.) I’m friends with them, but these are my rock stars growing up. So it’s always been a part of my being and I’ve been collecting these shanties. I’ve never stopped.”

McCann, who wrote a book with his wife Andrea Aragon titled One Good Reason: A Memoir of Addiction and Recovery, Music and Love, shares that he had thought the pandemic would last “a few months.”

“That didn’t really work out and as we got deeper into it and I was feeling the stress like everyone else and the lack of live shows simply wasn’t satisfying. Virtual shows are not the same. There’s no heat coming out of that screen. I missed the humanity of it. I felt loss.”

Because singing made him feel good, he started singing the shanties “for an hour or two just to keep my vocal chords strong and open.”

It felt good, he shared.

“It just felt like an old sweater. It’s comfortable. It’s not challenging to me. It’s in my wheelhouse. It’s fun. I love blowing out the big songs. I love doing it. I had no reason and no obligation.”

And then one day, his son came to him and showed him a TikTok video.

“It was early January or late December and he’s not a big fan of the folk stuff, he is more into rap and punk, I mean, he’s 15, and he says, ‘Dad, you’re going to be cool again.’”

The two watched the latest TikTok rage: the shanty songs! He was riveted.

“I like what’s happening. I like that the kids are drawn together by these songs, which I know. I mean, I know the purpose of the shanty is to get people working together, to enable people to do hard work, to accomplish difficult tasks by working together and in unison. So I saw this instantly and it makes sense to me. Kids, they’re just naturally gravitated to these songs and they have the technology which lets them participate  – live – together.”

Play by the rules

Fearing it would be like so many other trends: there, then gone, he sprang into action.

“I was focused on the deeper meaning or the purpose of what was actually happening and the kids, they focused on how weird it was and it became kind of comical. Then it was gone. But you know what? For that minute, the shanty did what they always do. They helped us do hard work. They helped us through a hard day. That’s the thing. We’re all facing this enormously difficult challenge with COVID. The only way we’ll do it is if we do it together, if we all get vaccinated, if we all play by the rules, if we all try hard and help each other out. So I saw this and the light comes on. I need to make this record now.”

Shantyman and what McCann calls “new-old songs” is some of his proudest work to date.

“I’m really proud of it. I don’t know what’ll happen. I don’t know where it’ll take me. But you know what? What it did is kept me sane for the darkest part of the winter. So that’s the  whole story. That’s the sentiment of Shantyman.”

Stay tuned for more on McCann as he shares what Canadian musical icon told him he needed to “turn that drum-thing you play (boran) up,” plus, more on the behind-the-scenes making of ‘Shantyman.’