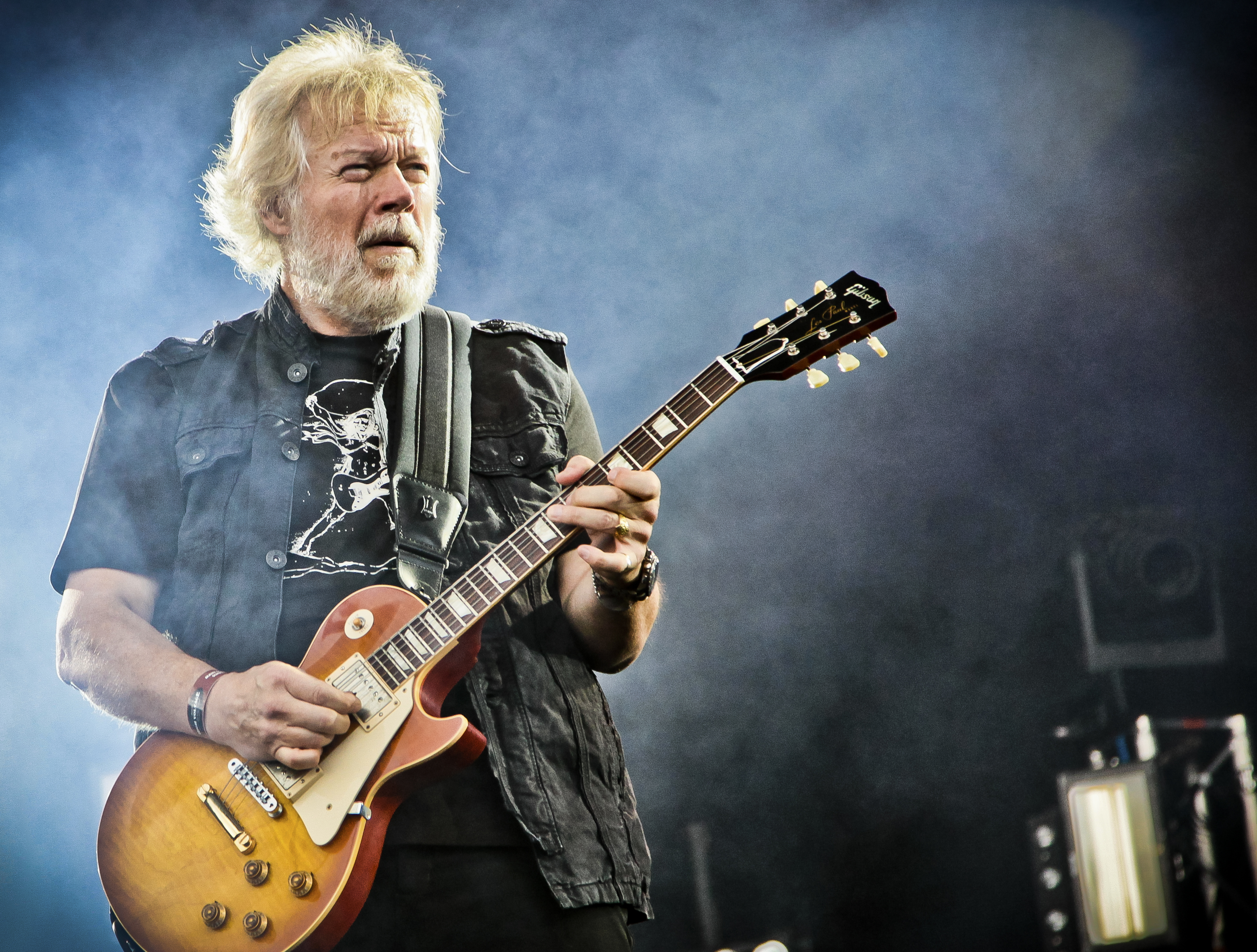 He is one of the most influential songwriters and guitarists, not just in The Great White North, but in the history of rock music.

Randy Bachman, architect of over 120 platinum, gold and silver album/singles globally, with #1 singles in over 20 countries and total record sales exceeding 40 million albums and singles through his work alongside legendary acts The Guess Who and Bachman-Turner-Overdrive, is high atop the pantheon of icons deserving of praise.

You know the singles his godly-bestowed hands have birthed: “These Eyes”, “Laughing”, “Undun”, “No Time”, “American Woman”, “No Sugar Tonight”, “Let it Ride”, “Roll on Down The Highway”, “Takin’ Care of Business”, “Looking Out For #1”, “Hey You” and “You Ain’t Seen Nothin’ Yet”, among countless others.

Now, Bachman returns to Newfoundland and Labrador to kick off the inaugural Churchill Park Music Festival this Friday alongside Ann Wilson, David Wilcox and Harlequin in St. John’s, but not before sitting down with us for a deep dive into his storied life and career.

“I was there (in St. John’s) in the early 2000s with The Guess Who,” Bachman recalled during a lengthy and spirited interview/storytelling session with The Herald.

“We reformed in 1999 for the Pan Am games in Winnipeg just to do four songs at the closing. Everybody kind of went nuts and said, ‘Why are you only doing four songs? You got like 30 songs. Would you come back and play?’ So that year was ending. It was 1999, right? Nobody thought there was going to be a 2000. Everyone thought all the computers were going to nuke out in 2000, there’s not going to be anything. We said, Yeah, we’ll come back next year in 2000. There’s not going to be a next year. And lo and behold, January 1st came, nothing happened. It wasn’t the end of the world. And we ended up playing, I think, July 1st. That went on sale early in January, July 1st in Winnipeg, Canada Day, and it sold out in 10 minutes. 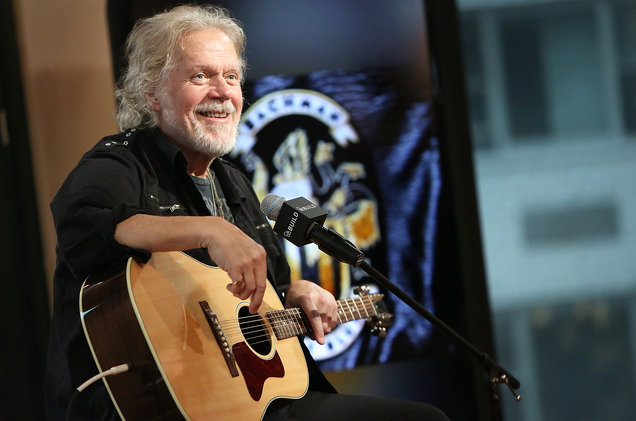 “And I remember the tour started in St John’s. I think we went there in late July. It was freezing. That cold wind when it comes off the Atlantic. I was explaining it to my son, because we’re all flying there in a couple of days, even though it’s July and August, you look out there, you see icebergs. They’re coming from Iceland or Greenland or they’re coming from the Arctic. And they actually come by there and there’s actually cold air around the ice. And even though the weather’s nice, it’s chilly there. I mean, I’ve been to Iceland in July and August and everybody said, take a hoodie. When the sun goes down, it is chilly. And if there’s wind, it’s bad. So I’m hoping we have good weather.”

Reflecting on sixty plus years in the music business – one fraught with insurmountable highs and predictable industry lows – and Bachman happily reflects on his days with BTO and The Guess Who, and the numerous reunions and high profile tours in subsequent eras.

“It’s all been quite dreamlike, because when you leave a band you think that’s it, and everybody’s got their chips on their shoulders, everybody’s got their baggage, and after a while the chips fall off, the baggage becomes lighter, and you go, What the f**k? We were great. We did like two or three albums that sold millions of copies. We put Canada on the map. We fulfilled our childhood dream. Then it happens in another band. You figure, well, that was really great. Hell freezes over. Great. And then ten years later, somebody calls us and says we want to hear the music again. Do you want to get back together? And you go what the heck? Sure, let’s do it! And you get back together.

“And the vibe is so good when you get back together because you’ve lost the baggage and the chips and the way you were pissed off, you realized it was 50% pissed off. I pissed them off. They pissed me off. It’s just like any breakup or any guy leaving a team or a marriage or a relationship or leaving your family or whatever, you run away from home. Sooner or later you go home because you like mom’s cooking. You know what I mean? And like her doing your laundry or whatever, you just like being in that comfort zone.”

Back in the glory days, when BTO would top global charts in the 70s, the daily grind of touring – and the far off future tech of global telecommunications – meant artists like Bachman would not realize the true fruits of their labours in real time.

“Everybody says you’re doing great. You’re on the road, you have no idea. We were doing 300 gigs a year. We had no idea that we were big and famous everywhere. You don’t know that everywhere the radio is playing your songs everywhere in every city and town in the world. “You Ain’t Seen Nothing Yet” went to number one, we had no idea. It went to number one in 22 countries and we were on the road. There was no Internet. There was no newspaper. You couldn’t get Billboard magazine. You’re on the road, they didn’t sell it in drugstores. We just went on tour and every day we’d get a fax saying, ‘here’s where you’re going the next three days.'” 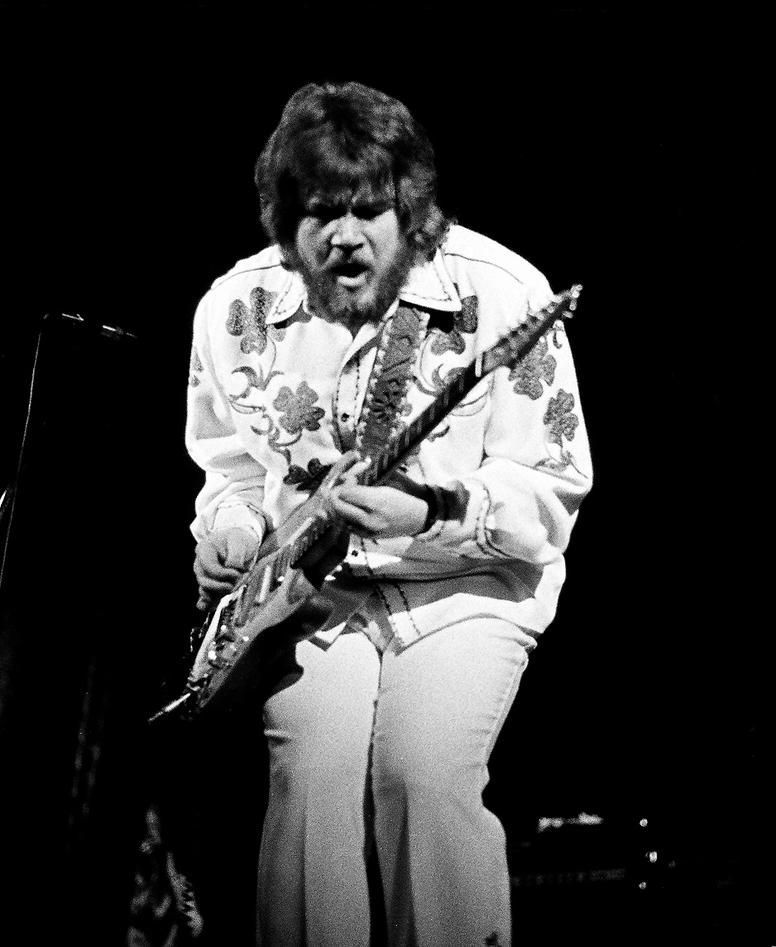 As for today, Bachman is honest about his interpretation about the current state of rock music.

“Everybody is going back (to the classics) because, let me be blunt, the new music is lousy. All the country music sounds the same. It’s the same guys in the studio with a different vocalist written by the same team of songwriters,” Bachman explained, delving into why the classic rock of the 60s and 70s still holds such allure five-six decades later.

“Everybody’s very reminiscent and going back to the 70s, which is the era of classic rock from about 62. The ending of Elvis is a big thing and The Beatles coming in 63, 64, going to about 76 when disco came in. There’s like 15 golden years of music for all the guys like me who were copying the Elvis’s and Chuck Berry’s and Bo Diddley’s and Jerry Lee Lewis’s and making it our own music and making it white boys prairie music because we’re from Winnipeg or Neil Young or Glenn Frey or Don Henley.

“You’re copying the black music that came out of Chicago and everywhere else and down south. You’re making it your own. And out comes this new pop rock music that now is called classic rock. And it is so good and so diverse because it came from so many sources and was then translated by so many messengers like me or Neil Young or Peter Frampton or The Doobie Brothers guys who just took that music and made it their own. That will last forever on classic rock radio. It’s a complete genre now, and everybody’s going back to embrace that.”

For part two of our one-on-one with the legendary Randy Bachman – including the story of how he reunited with his long lost guitar, and planned new music with son Tal – stay tuned to an upcoming print issue of The Newfoundland Herald.