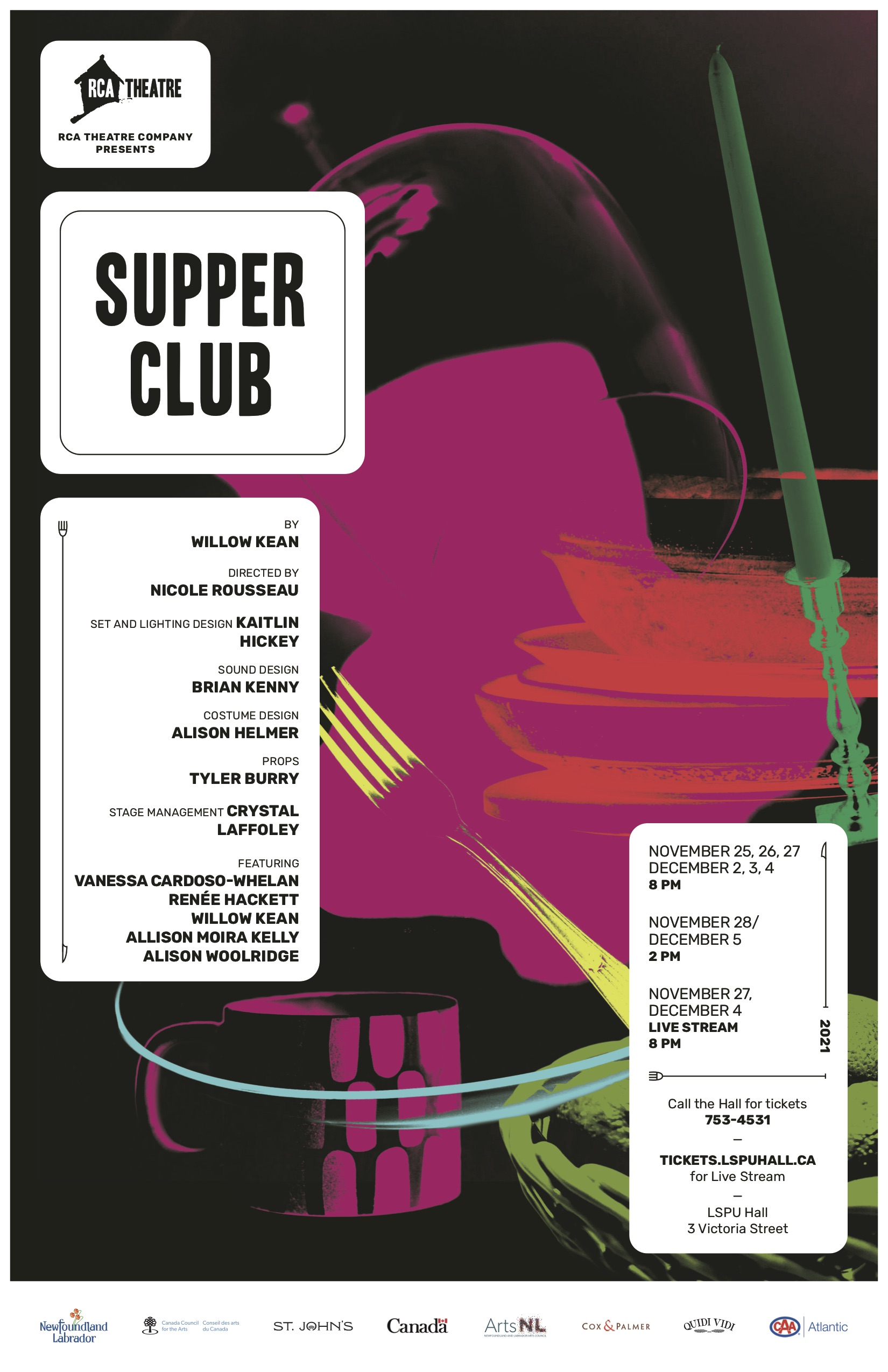 Supper Club, written by Willow Kean, and directed by Nicole Rousseau, our Artistic Animateur, is heading to the stage.
Supper Club, a comedy that explores the complicated relationships between women through food, follows a doctor in the midst of an existential crisis, a fish out of water Cuban artist, a wine-guzzling anthropologist, a sort-of vegan, and an exhausted suburban hockey mom gather together to host dinner parties in their respective homes. Over the course of five meals on five different evenings, the relationships become fraught when secret resentments and alliances are gradually revealed, leaving the women to question how they all ended up eating at the same table in the first place.
“I thought it would be a great premise for a play, and everything clicked into place. Something about our two greatest comforts in hard times, food and friendship, but it had to be funny, and it had to let us all just breathe a bit. A bit of escapism, I suppose. And wow, we need that now more than ever,” said Willow Kean, on Supper Club.
Willow Kean is an actor and writer from Labrador West who now resides in St. John’s. She holds a BFA in theatre from Sir Wilfred Grenfell College and has spent twenty years working for several theatre companies across the province. Most recently, she was seen at The Hall playing Anne in The Father, long before Olivia Colman made it cool. Willow started writing collaboratively for the theatre over ten years ago, co-writing RCAT’s iFrancophone and c2c Theatre’s Robert Munsch adaptation Love You Forever and More Stories by Robert Munsch, both of which toured provincially. In 2014 she was shortlisted for The Cuffer Prize, and in 2018 was the winner of the Percy Janes First Novel Award. Most recently her non-fiction essay Checking it Twice won a 2020 NL Arts and Letters award. Willow gets angry, cooks, and writes about it at thelittleredchicken.com.