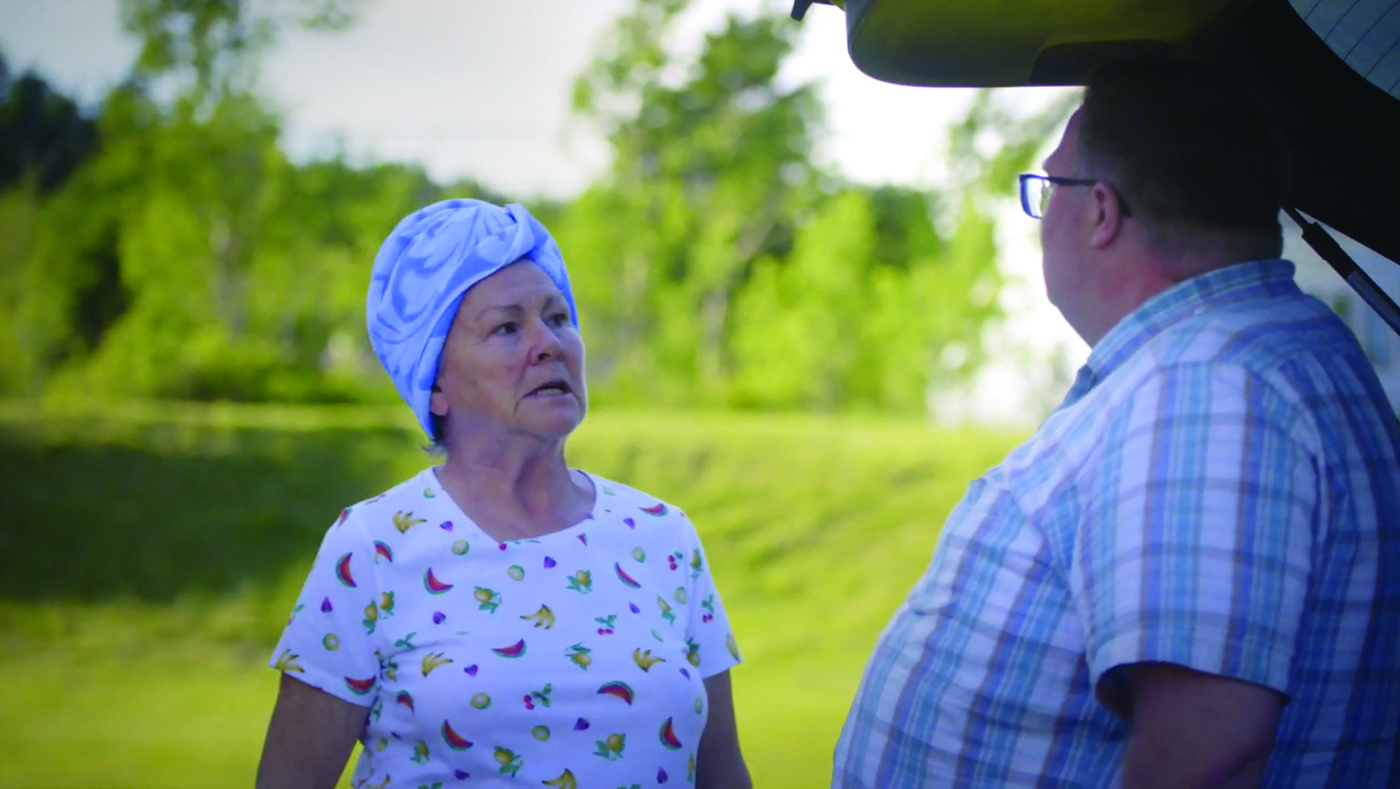 The Missus Downstairs is about an oddball friendship that grew between comedian/actor Dave Sullivan and his nosy – yet also preciously lovable and naturally comedic – downstairs neighbour Mildred.

Starring Mary Walsh (Codco, This Hour Has 22 Minutes, Hatching, Matching, and Dispatching, just to name a few claims to fame) as the quirky and inquisitive Missus Downstairs, and Dave Sullivan (The Grand Seduction, The Republic of Doyle, Dance Party of Newfoundland) as her somewhat naïve, shy and awkward upstairs neighbour, The Missus chronicles on television screens what loyal Facebook followers of Sullivan’s have been watching unfold for over a year.

Sullivan’s Facebook-post reenactments of his almost daily encounters  with  ‘The Missus’ has kept many entertained. In fact, it was Sullivan’s posts that captured Walsh’s attention. “I saw the posts. I reached out to Dave. We grabbed some other talented people, and we made a series,” Walsh said with a ‘and that’s how it’s done,’ chuckle.

It was, she added, “one of the quickest, most fun, and easiest projects she’s ever worked on.”

In fact, there’s more The Missus Downstairs episodes coming once this season is complete, they shared when they sat down with The Herald for a chat.

The Missus Downstairs, Walsh shared (available for Bell Fibe TV customers on channel 1, or via On Demand with the Bell Fibe TV App) is “just like Dave. Awkwardly adorable.”

Speaking of following Sullivan’s Facebook posts as he captured some of the many quaint yet odd encounters with his actually downstairs neighbour, Walsh shared she simply couldn’t wait to “do something with it.”

“I don’t know why, but I just loved it. And I reached out to Dave because I knew him from his brilliant work in the Newfoundland Dance Party that this could be something great,” she shared.

Rene Hackett, Ruth Lawrence and others were hauled in, and The Missus started to come to life quickly. Walsh, who has since met the actual Missus of Missus Downstairs fame, shared she is playing the role with “a little more edge” just to add another element to the series. But besides that, much of what we’ll see is what actually occurred.

“She’s very open hearted and friendly. And so she expects other people to be as friendly and as open hearted. And there’s a lot of tenderness to her as well,” Walsh added, referring to the woman she portrays on the series.

Sullivan, who has since moved, is quick to add that he stays in touch with “The Missus.” “She loves what’s happened with the show, though I was nervous about telling her. She’s actually tickled pink about it, thankfully.”

Just imagine, he added. One minute you are living your life and the next you’re the basis for a television show.

“So, you’re living your life and you’re going outside to have a smoke and you talk to the buddy upstairs when you see him and then all of a sudden buddy upstairs shows up and is like, ‘by the way. There’s a show made about you or inspired by you and also, the person that’s playing you is Mary Walsh.’ That blew her mind to pieces,” Sullivan said with an almost-can’t-believe-it-myself laugh.

When “Missus” finally met Walsh, and had a special screening of the show, what was her reaction?

“I was ready to have a stroke but she said, ‘other than the day I was married and the day I had my youngsters, this is the best day of my entire life.’”

‘Best day of my life’

We asked Sullivan if he had any idea how things would turn out. Not really, he said. In fact, at first, he made it his mission to avoid his nosy neighbour as much as possible, except she was “inescapable.”

Walsh laughed, adding that that’s what makes this so great.

“She would be up at five o’clock in the morning, having a smoke, when Dave was leaving. He was thinking he could get out the door without seeing her, but no. And then he would come home after work at eight o’clock at night and she would be there. ‘Oh my God, you work some lot,’ she’d say type thing. But she was there all the time and she always had something to say,” Walsh said.

For someone who is admittedly “socially awkward,” it was a bit challenging to adjust to. 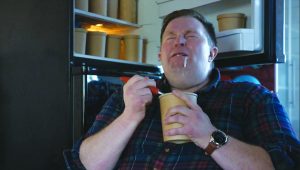 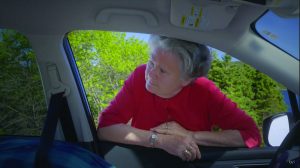 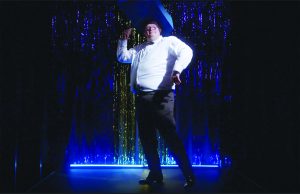 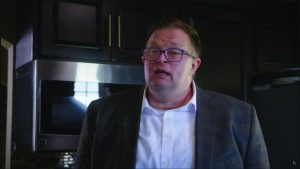 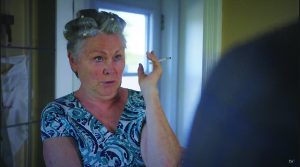 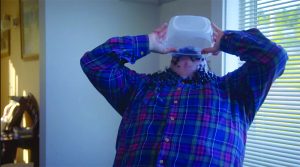 “Even though he’s quite charming and charismatic, he didn’t want to be involved. But she did. And she didn’t even consider  – and I don’t mean that she was selfish. I just mean that it didn’t even occur to her that he wouldn’t want to have a relationship with her,”  Walsh added.

Sullivan nodded. “That was what made it funny I think – the  awkwardness of it.  She was putting herself out there – and this happened during the lockdown,  so it was kind of just me and her at the edge of the ocean for a little while.”

It was, he admitted, a “weird but wonderful friendship.”

“She would sort of test my boundaries and she wore me down. She would force me to open up and be like, ‘I guess my day was this and I did this,’ because she asked. And then she would make a joke. Sometimes I would see her in the morning and then in the evening and she’d still be out there and she’d say, ‘I waited up for you.’”

Sullivan began capturing the encounters on his social media and many were drawn in, including Walsh.

The two can’t wait to work on more episodes. “We had a wonderful team. Everybody was really happy to be there. I don’t know if I’ve ever had such a good time. I had that thought, you know, ‘Even if nobody likes it, it won’t take away from how great this has been working with Dave and all these other brilliant people.’”

Walsh loved the project so much, she actually directed it, even though she had sworn she would never direct again.

“I directed a movie one hundred and fifty years ago back before the Earth was solid, and it was called Young Triffie  and I thought I would never do it again,” she said with a laugh.

Directing was, she said,  “a traumatic event.” “I thought I’d never direct film or television again so it was a big step for me to step up and direct this, but I wanted to do it so badly, that I did.”

3 thoughts on “The Missus Downstairs”