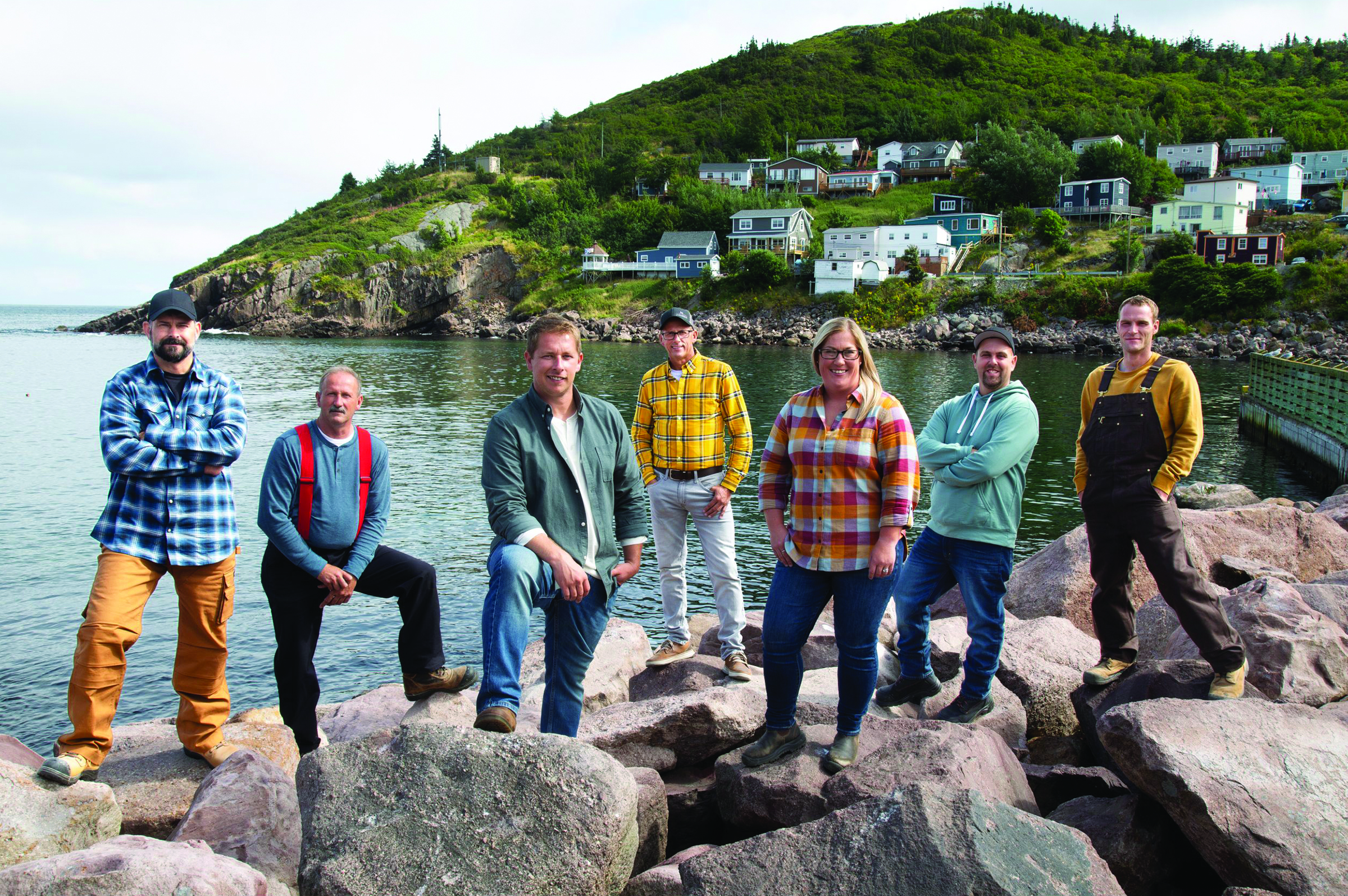 Rock Solid Builds, a home-reno show like no other thanks to colourful characters as well as homes, takes viewers to the rocky shores (and inland too!) of Newfoundland so third-generation builder, Randy Spracklin, can do what he does best: create while doing construction!

With a team made up of his business partner and father Scott, ‘rookie’ loves-a-good-laugh apprentice Nikki, salt-of-the-earth been-there-done-that Paul, the crew battle the elements – and sometimes one another for a laugh – to pull off historic renos and jaw-dropping builds.

There’s Newfoundland-styled language, joking and pranks along the way as Spracklin and co. build spectacular new homes on the coast or loving renovate centuries-old properties, but no matter the project, the team always showcase the charm of living and working on the extreme eastern edge of North America. 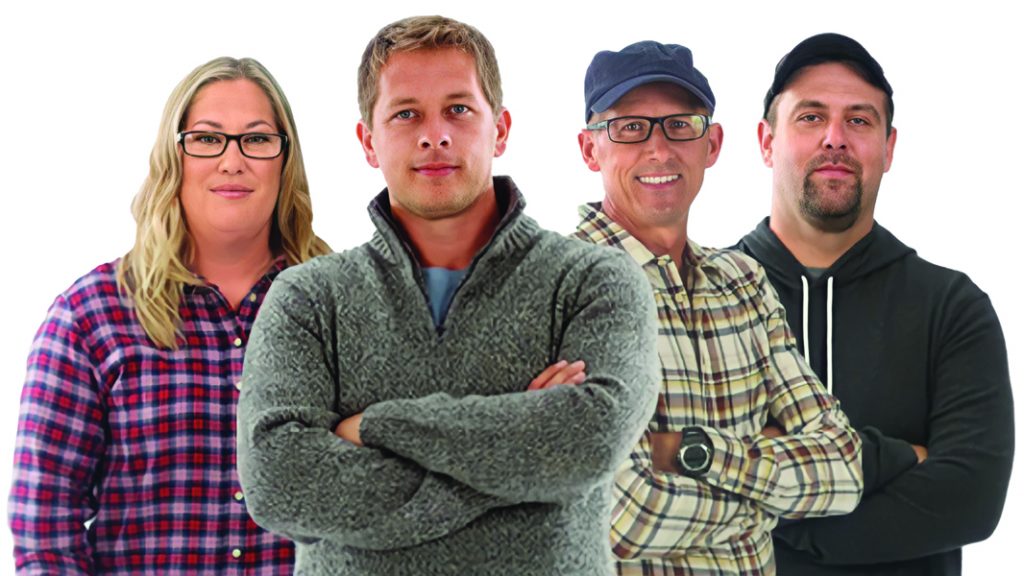 “Funny enough, Nikki wanted to get into the trade and we knew each other way back, say, when we were younger. She used to come to Brigus to hang around, and I guess that’s how she met her husband who’s from here,” Spracklin said.

Nikki wanted in, and she was willing to do the work, and at the time, Spracklin was looking for someone to help their busy Newfound Builders team.

“Because I knew Nickki, I could say she’s definitely got the right attitude and it just worked out well. We clicked and she got no trouble taking on any task,” Spracklin boasted.

There’s lots of work getting done on Rock Solid Builds, but there’s lots of fun being had too. Is all the laughing and joking part of a typical work day, we ask.

“Oh my god, yes. You know, we Newfoundlanders, we love everything about ourselves because we’re so unique. We love our language and our culture and our sayings. Now, we especially love helping each other out, but you know, sometimes we like to have fun too and that can get a little colourful at times,” he admitted

Newfoundlanders use words a little differently than other Canadians, for one thing, he added.

“Nikki can swear and she swore on me a few times, especially if I’m playing tricks on her, but it’s all in good fun.”

But at the end of the day, it’s about getting the job done and having a laugh while also embracing the opportunity to highlight this beautiful province of ours and its people, he added.

“It’s just a great feeling to be able to do what we do and especially to do it here in Newfoundland. A lot of times people are looking at the show and are not sure what to think besides the fact that we really are a diamond in the rough.”

Spracklin is a third generation builder, but he’s tried his hand at a few other things in a few other places over the years. 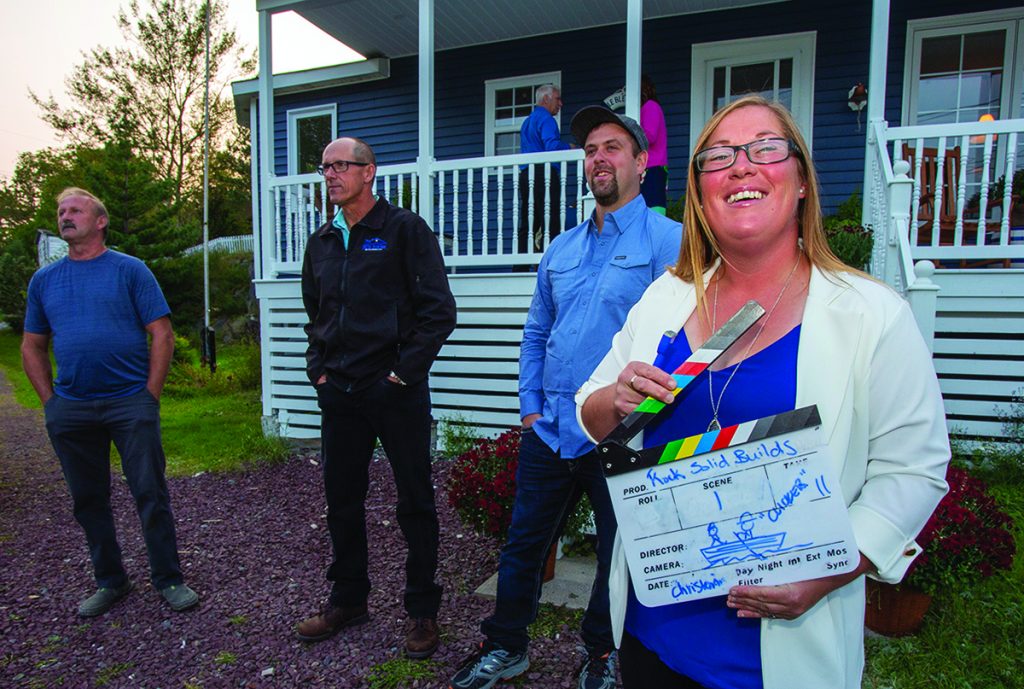 “I went out west. I tried that whole Alberta thing and it wasn’t really for me,” he admitted. He just kept coming back to his first loves: woodworking and construction and good ol’ NL.

“I just kept coming back to the things I did with the old man growing up. Building houses was part of that.”

In 2008 Spracklin returned home and never looked back, he shared.

“You know what? This is definitely what I’m meant to do. Little did I know 15/16 years later, we’re going to have a TV show,” he said laughing.

Sitting at the table in Newfound Builders showroom as the crew worked away out in the shop, Spracklin admitted that the show with HGTV Canada started because of an email that went to his ‘junk’ folder.

“Believe it or not, I got an email in my junk mail, and they were looking for an east coast show because there was nothing this side of Toronto. I emailed them back and here we are. Can’t believe it myself sometimes,” he admitted.

Now that they’ve finished taping Season Two, it’s almost like they’ve been “at it forever,” he said. “It’s the people behind the scenes that we are grateful for. We work together well and you don’t even remember they’re shooting a show. A lot of times they’re like, ‘Hey, don’t move yet because they’re shooting’ but other times we just do what we do and they (camera folks) do what they do. We’re just so used to blending together and I guess that’s what makes the show so awesome, because there’s no format. There’s nothing that we’re got to do and nothing we got to say. They’re just running behind us with a camera because you never know what will happen next.”

This is, he adds, real life. It’s construction in Newfoundland where everything needs to come by sea. It’s dealing with older homes and trusses that don’t fit and foundations that are ready to crumble. It’s hurricanes and epic snow storms and windy “some day on clothes” days. It’s being prepared for the unpreparable.

“We are here on an island. The only two ways to get stuff is by boat and by airplane. When the wind is blowing the boat don’t run and you can’t ship big stuff by airplane. We’re all on one big rock, so people don’t realize that when you’re digging a foundation, sometimes you’re going to hit rock. Sometimes you use that to your advantage, sometimes not.”

‘We had snow in June’

Spracklin offers that Season Two presented one of his biggest challenges.

“This season, you’re going to see probably one of the biggest head scratchers that I had since I’ve been in this business. We were in St. John’s and it’s supposed to be an easy renovation … and then we found a structural issue. I don’t know how the house stood up. We had to actually bring the excavator inside. We should tear it down, we thought, but you know what? The homeowners loved the history as much as we did, and we put it all back together.”

That was probably one of the most amazing builds of the year, he added proudly. Besides the challenges the houses offer, working through all seasons is part of what makes what he does for a living fun, Spracklin said. 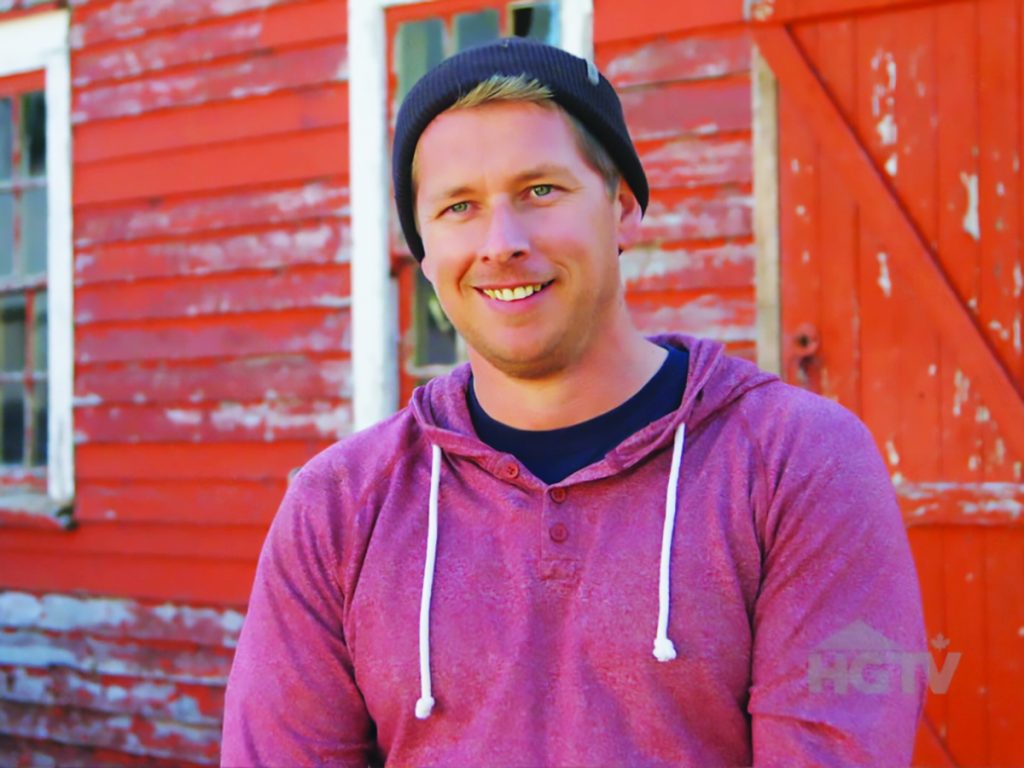 “We had snow in June this year. It was great as much as it was tricky. And then we had a hurricane. But we went whitewater rafting in the fall and the production team were looking at us saying, ‘You’re really doing this in this weather?’ But yeah, that’s the thing. Weather just brings another bit of fun to anything you do in Newfoundland.”

Besides Spracklin and his team, fans of the show get to know his wife and children too. They also get up close and personal with his clients. How are “regular Newfoundlanders” when it comes to being part of a show like Rock Solid Builds, we ask. “A lot of them are pretty open and they just go with it. The love of their home is real so they roll with the punches. A lot of times we have free range on what we get to do and design and build so that’s fun, too.” We ask about balance and home life. Spracklin has an extensive ‘honey-do-list at home, he admitted.

“Life is pretty busy, but you get up early in the morning and you go to work and then you come home and spend time with the kids … but because I love what we do, I love work, and I love my family, it works out,” he said.

As a third generation builder, he comes by that passion naturally.

How is it being a home-grown celebrity? He sometimes forgets that part, he laughed. “Actually, we were in St. John’s around Halloween and we were at Lester’s (Farm) and this lady and this little kid came up and was talking and knew my name and I said, ‘how did they know me?’ And my wife’s like, ‘You’re on TV,’ and I’m like, ‘Oh yeah.’”

The celebrity also attracts  come-from-aways too, he acknowledged. “For me it is still pretty surreal and hard to grasp because we’re just doing what we love to do. And other than having a camera following you it really is just like a normal day, but the rest of Canada is looking at Newfoundland. We get so many calls of people wanting to visit here, and wanting to move here, from watching the show.”

Knowing that people just want to “pack up and move here from watching a show is pretty amazing,” he added. Of course Spracklin can’t blame them. “You drive here from east coast to west coast and look at any coastline or the mountains or the interior, it’s just beautiful. I said many times, there’s no other place in the world you’re going to get a view like this for the price tag. And that’s the other thing that Newfoundland ‘s got to offer.”