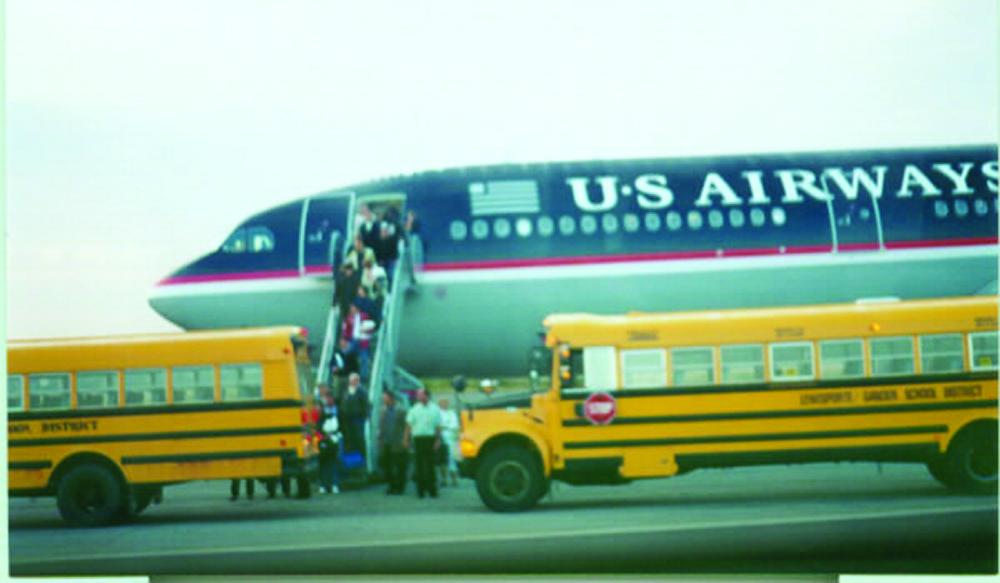 20 years after the devastating events that shook the world still, The Herald shares untold stories of Newfoundland and Labradorians who stepped up to the plate, and played their part with kindness and compassion

After the Twin Towers fell, Newfoundlanders were among those who rose to the occasion and gave what they could to help heal the world with kindness

In 2001, Bishop Watton was Director of an Anglican Parish in Bonavista North and he had a close connection with Mint Brook Camp. When the planes landed in Gander, Watton received a call.

“The Senate office manager phoned me and was asking for my help urging people to get some supplies for those visitors because we’re trying to find places for people to stay,” he began. Watton’s contacts began making phone calls looking for volunteers. “We were building a network of hope to see what we could do for the Americans in the midst of this conflict.”

Mint Brook Camp in Bonavista hosted “a substantial number of people,” he recalled.  “We had over 100 people stay.”

When he thinks back, he’s amazed but not surprised at the response of the church community and the people of the region.

“That’s the story. Honestly, within less than two hours, we had about 10 vehicles that were lined up with supplies and groceries and home-cooked food. We had a network, that was our part. We made it possible to get started.”

Watton says the connections made during that time remain. “There’s some great friendships that were made along the way with people from all over the world.”

Des Dillon and his wife Jean were volunteers with the Red Cross in 2001.

“We got the call that the planes were here and the decision was made that they had to stay overnight so we had to arrange for the passengers to be accommodated once they got off the plane,” he began.

The Dillon’s organized their volunteers and, with swift training, began registering passengers as they got off the planes.

Thinking back, he sometimes is amazed that they pulled it off. “Our communities were able to provide services to everybody. Looking back, people are left wondering how we ever did it, and I’m left without any great answers at all. We just all did what we had to do, what anyone would do – I hope – under the same circumstances.”

Lieutenant Governor of Newfoundland and Labrador

I watched what we had to offer as Newfoundlanders and Labradorians and saw the kindness that’s here on display. The other two times I saw it, it was to watch other people to see their reaction to what’s happening on the stage as they watched the message that came out of 9/11. There’s tears, of course, but also hearts are so filled with gratitude for the people of Newfoundland and Labrador.

One thought on “9/11 | Untold Stories From Newfoundland & Labrador”