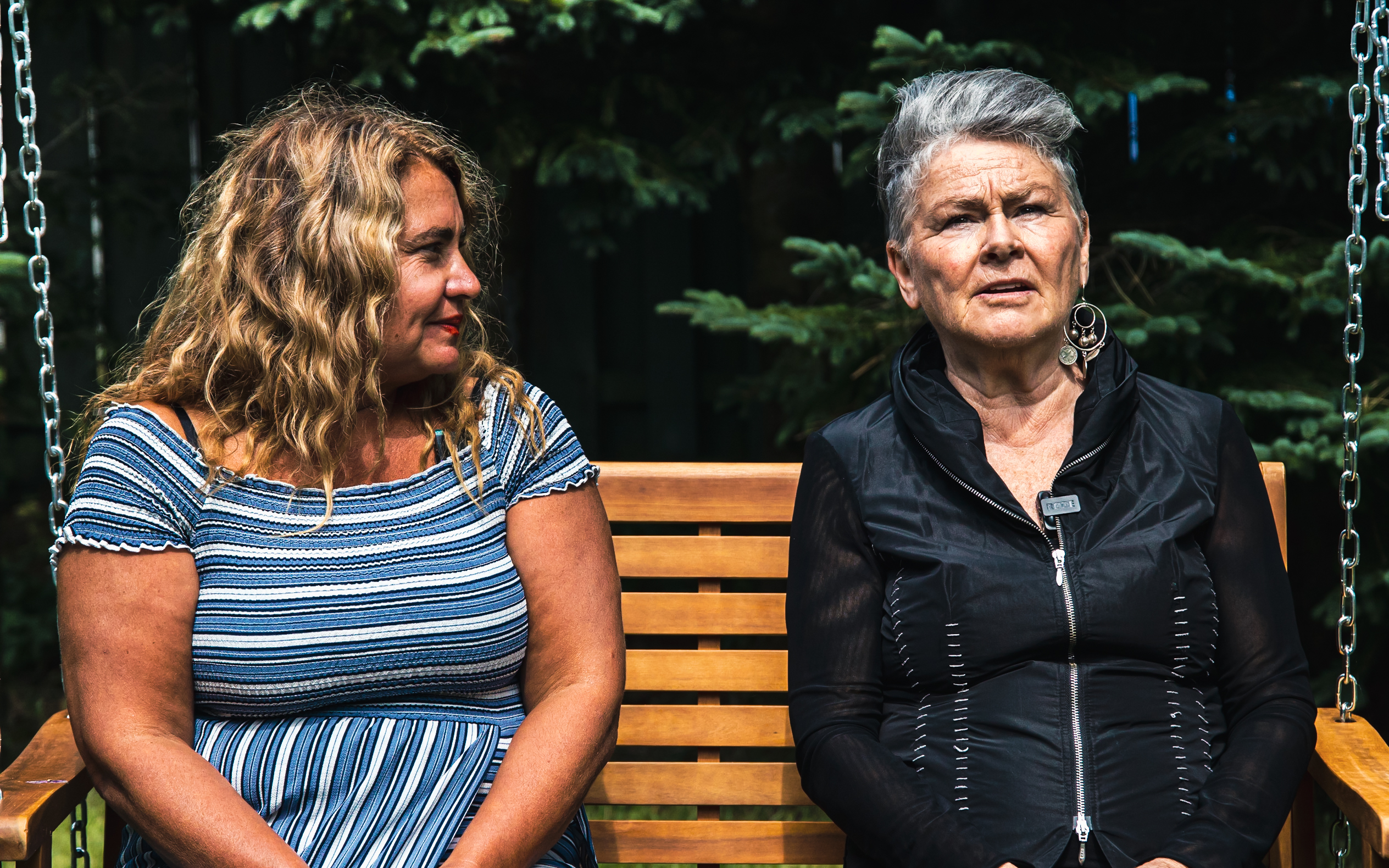 In part one, the iconic Mary Walsh chats with pam Pardy about what keeps her deeply rooted on the island

Meeting Mary Walsh inspires one to utter the phrase, ‘How are you dahling?’ in the most outrageously delightful, though totally put-upon accent ever. The best part? Walsh plays along – though of course, her just-for-fun accent is much better than this writer’s could ever be.

Walsh’s eyes sparkle when she’s happy and having fun, and on this day filled with sunshine, as we wander her historic home – one just barely spared from the great fire – her eyes not only sparkle, they dance a jig.

“There’s something about being home on days like this, isn’t it?” she opened as we followed, conga-style, behind a bouncing Bowser – her furry four-footed newest family member – through the home and into the garden.

We settle on a fresh- built swing constructed near the nearly indestructible play set that was erected for Walsh’s son Jesse when he was a wee lad.

While there’s much going on in Walsh’s professional life – from her work on Dad and the Fridge Box, based on a yarn by Agnes Walsh (no relation),  and her Best Supporting Actress Award in 2020 for her role in Little Dog, Walsh has been spending much of her pandemic time enjoying being a homebody. She’s been baking, she’s been gardening and she’s been raising her at times anxious puppy (queue noon gun firing) Bowser.

We sit. We swing. We chat. She reflects on home and the opportunities – professionally and personally –  remaining here has brought, or not. It was her work on Cod on a Stick with the comedic group CODCO that really got her back home in the first place.

Walsh had left the province to attend theatre school at Ryerson when Tommy Sexton and Diane Olsen were offered $300 bucks by legendary writer/producer Paul Thompson to create an NL show.

“I wanted in, so I decided to quit because at school they said I couldn’t be in a professional production and still go to theatre school. I guess that was 1973 or 1974. And Andy (Jones) and Bob (Robert Joy) came home. Bob actually came home from Oxford, gave up his Rhodes scholarship and everything – Mrs. Joy never really did forgive us for that. And so we became a theatrical company here in St. John’s. I think it was Andy who used to say, ‘we’re going to make St. John’s the theatrical center of North America,’” she recalled with a laugh.

Those were interesting times, she reflected.

“Newfoundland was coming out from underneath of being the laughing stock of Canada, in a sense. It took a long time. The ‘Goofy Newfie’ thing had hung around but we were interested in another whole notion of what we were, I guess because we loved it here. I guess that’s really it. If anyone was going to laugh at us, we wanted it to be because we made something funny on our own terms.”

But there was more to it as well, Walsh admitted. Pride mixed with the bold confidence of youth was part of their piss and vinegar, as it were.

Did they get where they were had planned when they started charting their course? With Cathy Jones, Andy Jones, Bob Joy, Greg Malone, Diane Olsen, Tommy Sexton and Walsh at the helm, they didn’t do too badly.

“In a way we didn’t make it. But it’s like when Christopher Columbus set out to get to India. He got to America. That’s like us. We set out to be the actual comedic and theatrical center of North America and while we didn’t get there, we got somewhere and that somewhere allowed me to work and stay at home in Newfoundland for much of my career.”

Why is being home so important, we ask.

“You know, when I was a little girl, I didn’t really have a home. I lived with my two aunties. My parents and the rest of the family lived next door. So I always felt like I didn’t have a home. Being a Newfoundlander living in Newfoundland and having this large home here has always felt so safe to me,” she shared.

But does she ever doubt her decision to set her roots so firmly in home soil? Even the best of us sometimes feel inadequate and have doubts, she continued rawly. “Sometimes, when I’m not feeling very good about myself, I think, ‘well, I just didn’t have the guts to leave.’ But it’s not that I don’t think. I think it’s just that it felt more right to stay.”

Walsh gets that gleam in her eye. There’s a good quote coming, this writer sensed it. “Talking about leaving, a couple of years ago I got tired of being turned down by the same people over and over and over again in the industry, and I thought ‘I’d just like to go down to L.A. and get turned down by some new people for a change.’”

If you liked this story, share it with your friends or follow us on social media using the buttons provided. For more by The Newfoundland Herald’s Managing Editor Pam Pardy, click here.