Darrin Martin’s creative life as a painter began about  20 years ago. Diagnosed with conversion syndrome, a rare condition where the brain converts mental stress into physical symptoms, Martin offered that as a performer, he had to learn to express himself in a new way.

“I lost my voice so I couldn’t audition for music school. I was always an artistic person – always drawing, always sketching. I decided instead of just waiting to feel better, I’d go to art school first, so I did.”

The show must go on

Then, the theatre came calling, he shared. One music director even said, ‘you cannot let that boy paint. He has to be on stage singing.’ “Male lead roles were available in this production, and I was kind of thrust into professional theatre at 19 years-old and so I let the paint brush go for awhile,” Martin offered. 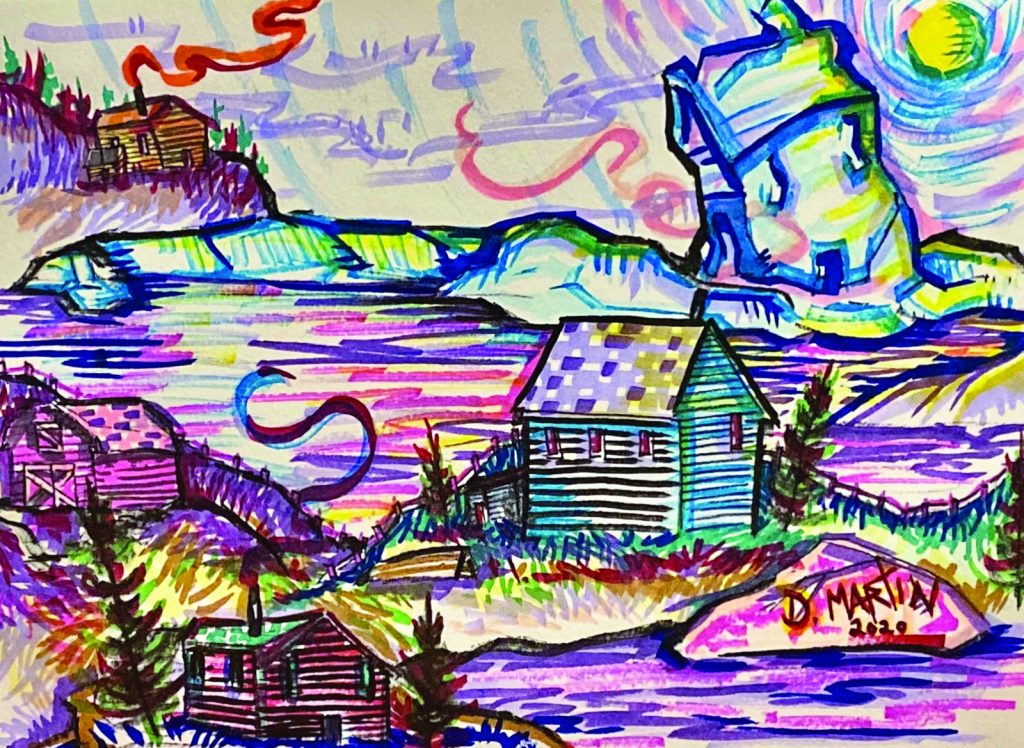 With many Spirit of Newfoundland productions under his belt, just to name a few, Martin became a well established performer. There was Jesus Christ Superstar in 2006 and many performances alongside one his favourite sidekicks,  Sheila Williams. Martin had a healthy career in the performing arts.

“Whatever anyone needed me to do, I was there. It got to the point where I could probably count on my hands the amount of stuff I painted and drew.”

‘Get back to your art’

Then, three summers ago, his wife Georgina encouraged him to pick up the paintbrush again. “She said, ‘You really need to get back to your art. I think you’re missing that.’ And I said, ‘You know what? That part of my life, the door is closed. I’m done with it.’”

His wife encouraged him to “just paint one.”

“She said, ‘See how it feels. If you really feel that that’s it, then let it go. But try it.’ And sure enough, I painted one painting, which became two and three and the light switch came back on and I was like, ‘OK, I really was missing this.’”

“My anxieties were making my performing more and more difficult. People would say to me, ‘You don’t look nervous.’ When people get used to you at a certain caliber, you can’t let that go. You can’t have people say it wasn’t a good performance but I could just feel that I was drifting and then COVID really put the final nail in the coffin.”

Martin told himself he couldn’t “just sit around doing nothing” so he went back to painting as a way to stay focused and creative.

His painting has been helpful in many ways, he shared. “It helps with depression. I use a lot of bold colours because I always tell people that the real world has got enough dullness so I want to paint it with as much life and colour as I can, because that’s what I want to see.”

The feedback has been really good for the most part, he shared, though it can be ‘a tough crowd.’ “We are spoiled in Newfoundland in the arts because there’s talent everywhere. Art here is cultural. If you go to a Sheila Williams show, you’re not going to get any better entertainment if you go to Las Vegas or if you go to New York and it’s the same in the art world. The talented visual artists are as incredible here as anywhere.” 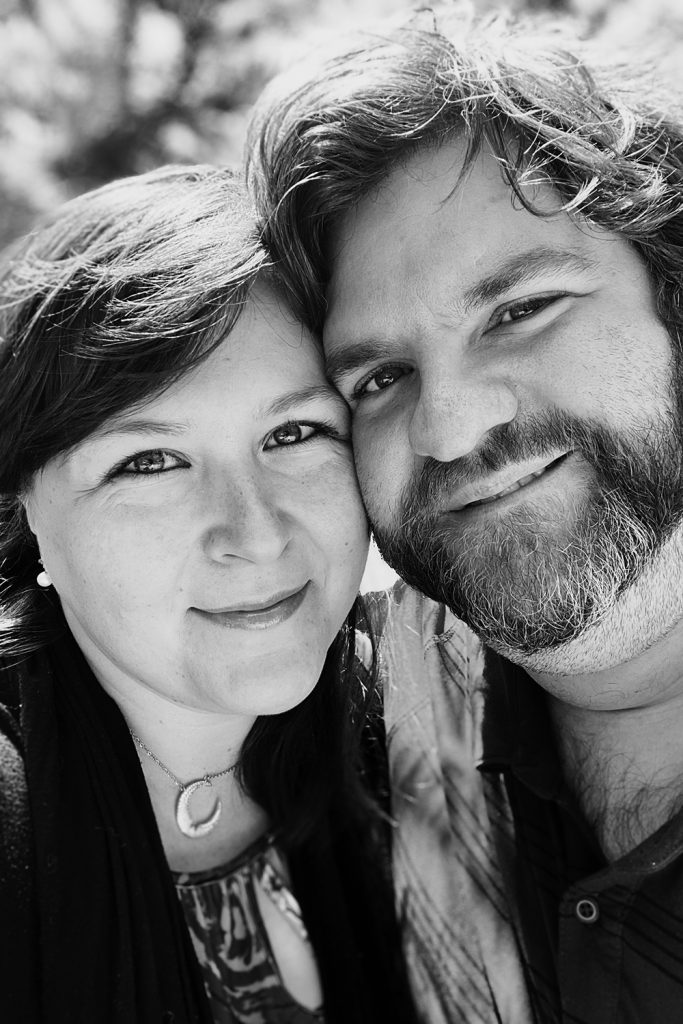 Martin has been lucky, he added, and his works are selling “all over the world.”

We ask about the journey from performer to painter. “I always drew and I always painted and sketched. Art was a huge part of my life. It’s just because of circumstance that it got pushed to the back burner but getting back into it was very serendipitous.”

Martin likes to say he’s “making art” not creating it. “I believe that I’m a channel so I don’t usually say I created a piece. I just don’t feel that it’s me and me alone because inspiration and talent comes from somewhere, so I say I made a piece of art.”

If a day goes by and he hasn’t painted, something feels wrong, he added.  “I could have cleaned the house and bought groceries and still feel like I accomplished nothing if I didn’t paint,” he shared.

With all the isolation that came with COVID, Martin shared that painting has been his escape.

“I don’t know how I would have figured it out. I really don’t. There’s a painting I did of a vase of flowers that’s cracked. It’s sitting on a shelf and it’s the idea that we often give things too many purposes until it topples over, until it’s useless. And for me, that was kind of my own story. I had spent years of my life running from show to show or from gig to gig. I was meeting amazing people and working with great people but I burned myself out. That’s how I kind of felt. I had too many purposes and I couldn’t fulfill them.” 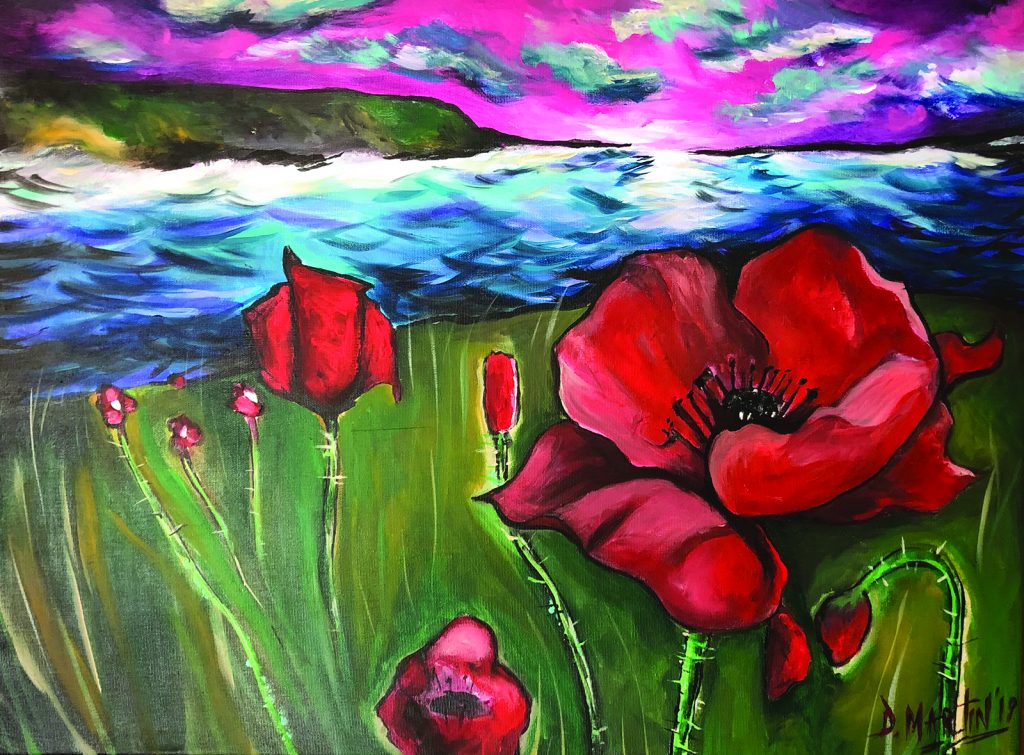 “A piece of art can be beautiful. You can just look at a painting by anybody and say it’s beautiful. But the comments that I enjoy the most are the ones where people tell me how one of my paintings brought out a memory for them. Maybe a nostalgic pieces like a lamp brought someone back.”

It’s then you know your art is reaching people, he added. “Artists are storytellers. I want my art to tell stories.”

The creative process has allowed him to do just that, he said. So what story is he trying to tell?

“I’ve been a creative type all my life. I can give you a really long list of things that I’m not good at and I always try to put that into perspective because we all have gifts and abilities,” he said. It hasn’t always been easy, he admitted.

Creating and painting just makes things a little easier and he’d love to see others try it as well.

“If someone is struggling from a mental health situation, whether it’s depression or anxiety, I think trying something creative would be a great avenue, not only to voice how you feel, but to help you get to a place where you feel a little bit more confident and happy with where you are.”