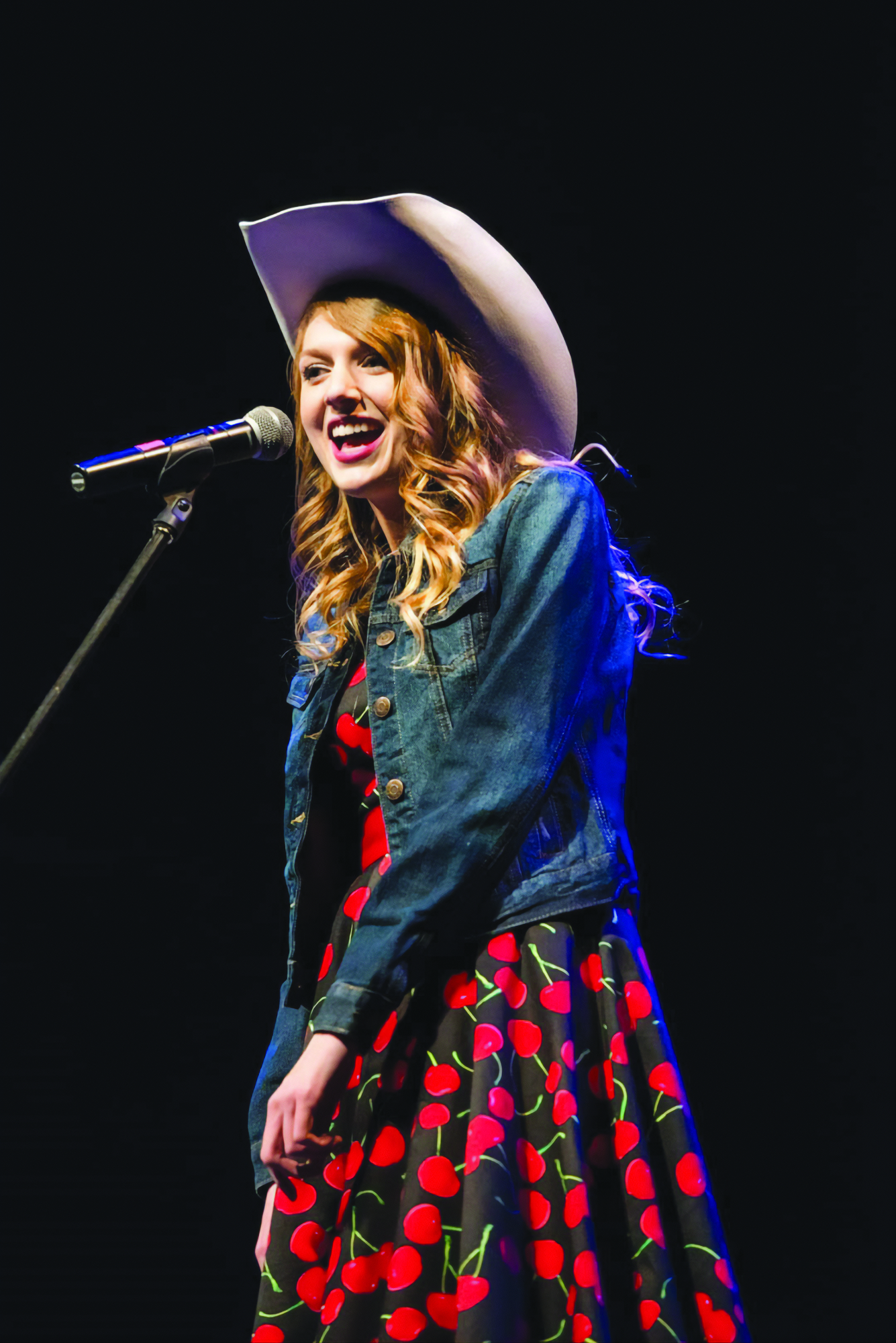 Familiar to fans of OZFM and NTV, our very own Shannell Lewis shares how honoured she is helping to keep musical traditions alive and well in NL and beyond

Shannell Lewis may have been born in Ontario, but with both parents hailing from Newfoundland, she grew up listing to traditional Irish/NL music.

That she can now be heard most every Sunday alongside OZFM’s Danielle Butt as the highly popular radio personality hosts Jigs & Reels is simply an honour and a pleasure, she shared.

“I love helping Danielle on Sundays. Giving the weather or passing along any local happenings or helping out with requests is always so much fun. Jigs & Reels with Danielle is such a Sunday tradition that I feel like part of a much larger family,” she said with a smile.

But then Lewis feels at home almost anywhere, including on the stage.

Lewis, who performs with many bands including the Shannell Lewis Trio, Miss Conduct, Women of Rock and The 8 Track Favourites, shared that performing on stage at the beloved establishment, O’Reilly’s Irish Newfoundland Pub, is high up on her list of proudest accomplishments.

“I love performing for Brenda O’Reilly down at O’Reilly’s, and a big congratulations to her on the 25th anniversary. It’s a great atmosphere. The staff are so friendly and the audience is always so much fun. It’s a really great place to perform, and it has so much interesting history and I’m thrilled to be a small part of that,” she said. On stage for O’Reilly’s Women of the Rock performance series on Wednesdays, Lewis said she feels “Very fortunate and very happy to be a part of it.” 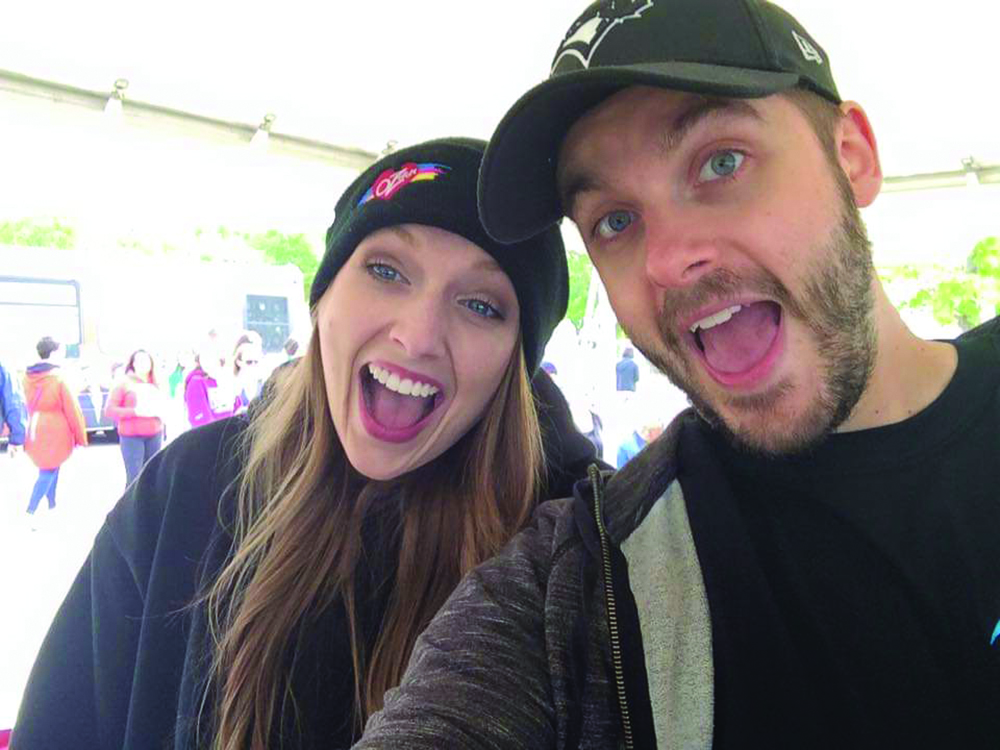 “Danielle is a great host and she makes everything feel so relaxed and I’m very fortunate to work with her every week. I’m a producer of her show, so if you call in and make a request, I make sure those are ready and I work closely with Danielle to get those on every week.”

When Butt is away on vacation, Lewis is ready and willing to step in, she added. But her bond isn’t just with her coworker, it’s also with Butt’s adorable Shichon, Miss Stevie Nicks.

“She’s so cute. Danielle brings her into the office sometimes, and she does laps around the desks, usually being chased by Jay (Lawrence, Station Manager) or Robert (Shawn). It’s so funny to watch.”

Lewis adds that the folks at OZFM are a “close family” and celebrating the fact that the station is now number one has been a pleasure. Lewis has had the privilege of co-hosting the Morning Jam with Randy Snow when Stephanie O’Brien takes some time off and she’s co-hosted the number one morning show with Mitch Colbourne too.

“Before I came over here full time to do Herald sales, I was working at OZFM, and I like filling in whenever they need me. If somebody is on vacation or something, I’m available. Mitch and I had a ball filling in together on the Morning Jam. I love working with Mitch. He’s a lot of fun. In fact, all of the team over there are really, really great.”

Of course, part of the thrill of working in radio is the music, she added, and Lewis lives to perform. “Both my parents are from Newfoundland, as many people know, so I’ve been around Newfoundland music for my entire life, and in fact, I grew up taking Irish dancing classes.”

While she may not get to step dance much, she still enjoys the music.

“The 8 Track Favourites is fronted by Larry Foley, and he is also with The Punters and I believe they’re celebrating their 25th anniversary as well, and I love working with Larry and with Sandy Morris.”

There’s so many artists she’s a huge fan of, she continued. “Traditionally, I love the Irish Descendants. When I was younger, we went to see them in Ontario when they were on tour and it was so much fun. I love Sam Hall and Peter Street, they are probably my two favorites, but I love Clancy, Evans & Doherty too. I love their music.”

Besides hearing her idols each and every Sunday on Jigs & Reels, Lewis has had the opportunity to meet some of her musical idols too, even introducing them onstage at events like the George Street Festival. 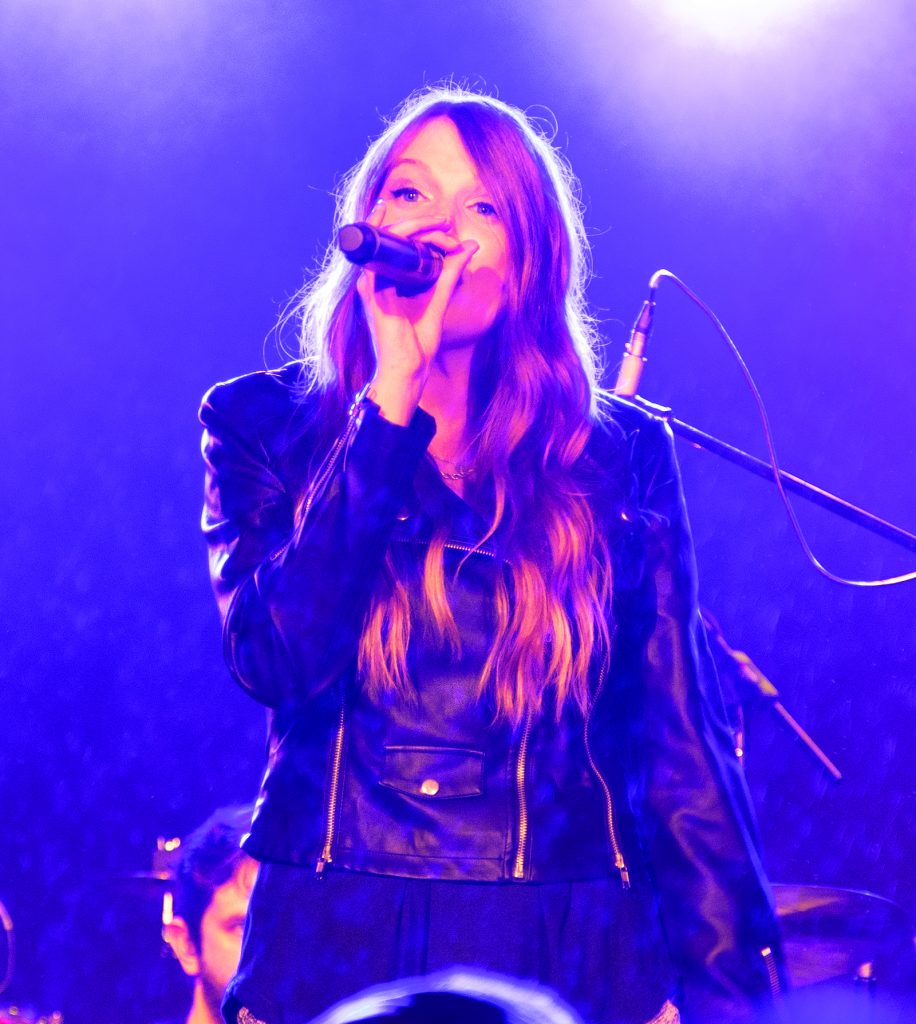 “Shanneyganock. Masterless Men. It’s been incredible,” she said of her career.

When Lewis performs at O’Reilly’s on Wednesdays, she added they like to do a little bit of everything, including some Irish tunes. “We love to sing Sweet Forget Me Not and Black Velvet Band.”

When she’s not working at The Herald, on air at OZFM, or performing on stage, Lewis can be found enjoying the quiet and the beauty of Newfoundland.

“I love to go around the bay. It’s a quiet life out there, and I enjoy that time.” Since she’s usually on air while everyone else is putting on their Sunday dinner, we ask when she gets a chance to enjoy her jiggs dinner. “Jiggs is my favourite meal. My all time favourite, in fact. I’m a meat and potatoes kind of girl so you can’t beat a good jiggs dinner.”