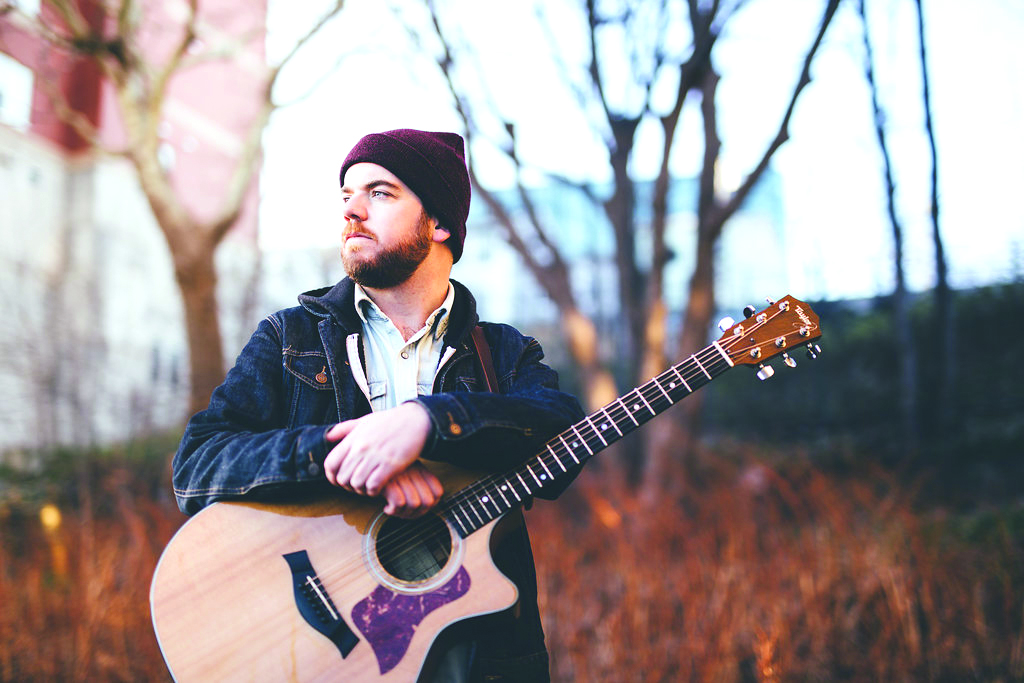 Traveling singer-songwriter Dave Whitty has adapted to pandemic-livin’ by launching his own podcast, The Dave Whitty Show

There’s this saying about best-laid plans. Interwoven with those adages of counting your chickens is the core idea that one doesn’t have a lens to the future, and nothing in life is guaranteed.

Dave Whitty knows that more than most. A career singer-songwriter whose passion for music is palpable, Whitty has had to pivot to new avenues of expression – and bringing home the bacon – once the touring landscape for artists as we know it halted in March of 2020.

“It’s been an interesting year, obviously,” Whitty begins in a sitdown with The Herald. “When the first wave hit I was in Mexico. I never got home until March 23rd. I mean by the 16 or 17 everything here was kind of shut down. You know, I came home and quarantined for a couple of weeks, but I had originally booked a full tour out in Alberta.

“I bought a new cabin in Green’s Harbour a year and a half ago. So I said, you know what, I’m going to just spend some time up there working on the cabin and I’m going to do my gigs. You got to pay your bills and stuff like that. But I didn’t want to drain myself. I found in years past, especially in St. John’s over the summers, I’ve just worked so hard that in September I’m just completely roasted man, completely burnt out, fried. Because you’re spending six, seven nights a week at bars and pubs. You’re dealing with tourists every night. And it gets exhausting, but you kind of had to do what you had to do. And there was no touring and we weren’t leaving anywhere.”

With the benefit of time for reflection and ingenuity to kick in, Whitty set to work on fulfilling a desire to break into the world of podcasting.

“I was doing some work with Peter Green, who’s a great friend of mine. He was over at my place here and we were working on some songs. And I said, man, I’m really thinking about doing a podcast, I’m not really familiar with a lot of the recording process. I just wasn’t really super familiar with it. Over the years I had I bought a ton of equipment to really set myself up for this, and I never really used any of it. But then when I wanted to pull the trigger, I’m like, damn, I got all this stuff here. So this is perfect, right?”

GROOVE IN A NEW AVENUE

With Green’s guidance on the technical end, Whitty soon formed the blueprint of what would be The Dave Whitty Show, with the multi-talented Green himself serving as the first guest.

“It was a good way to kind of break the ice on it because he’s a close friend of mine,” Whitty recalled. “I felt really comfortable just chatting with him and it just kind of rolled on from there.”

With over a dozen episodes banked with guests that range from trailblazers of the industry to actors, artists, and comedians, Whitty has found his groove in a new avenue that makes the most of his talents.

“With the idea of the podcast,  I didn’t want to just feature musicians. I really wanted to feature different people in the community who do different neat things. It has been really fun because I learned so much,” he explains.

“It’s been super fun and rewarding and challenging. It’s definitely been a fun year to pivot. I think a lot of people have used that word. It’s been a different change of pace for me, too. I got to say, I really enjoyed it and it’s really made me adapt and learn how to use technology a bit better.”

Whitty, who plans on getting to work on a follow-up record to his acclaimed Talkin’ Back Fool this summer (with a special side-project on deck), tips his cap to fans and friends, who have helped him and fellow locals artists stay the course during the turbulent times of COVID-19.

“I got to hand it to people. Those virtual live shows were an honest lifeline for me. I mean, I don’t know honestly if I would have been able to make it out of it without those because the support I got from people was incredible, absolutely incredible. Not just like from the mental support of it, but the financial support. Honestly, people were so happy to donate and to be generous in that sense,” Whitty explains, who has mixed online performances with a scatter local gig during the past year.

“It was great to just be able to kind of tune out everything that’s going on in the world and sit back and crack a couple cold ones and just watch some tunes for a couple hours. It really just brightened our day, which I mean, you can’t ask for anything better as an artist. That’s kind of the goal right there, you’re trying to make people happy and you’re trying to make an honest living.”

The Dave Whitty Show is available to stream on platforms including Spotify & YouTube. For more on Dave Whitty visit davewhitty.com.

Visit our new Instagram page for story updates as they happen!