Iceberg Alley – Back Under the Big Top 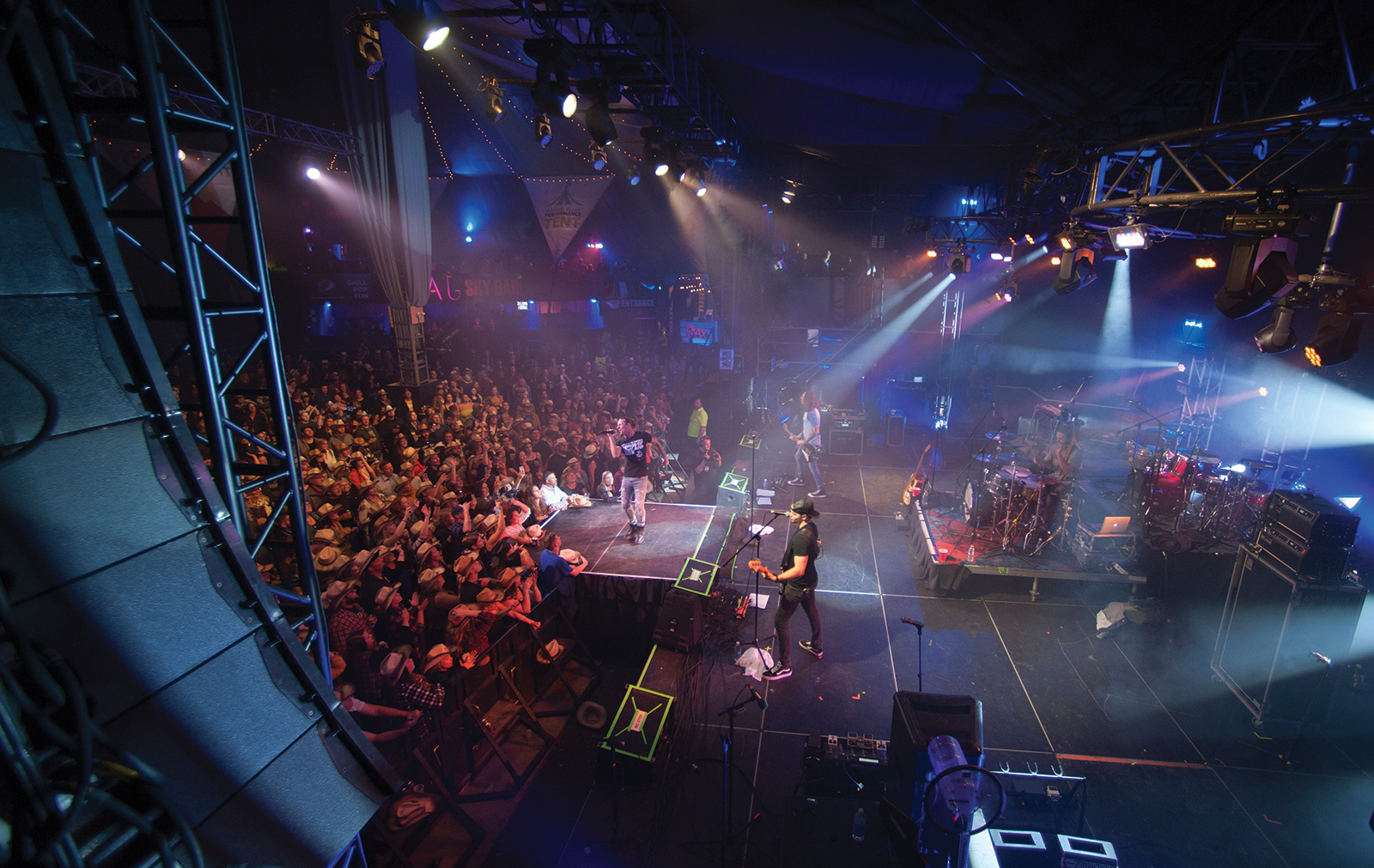 Two days later, and Hurricane Larry ripped through the province, devastating the Avalon and leveling the tent in Quidi Vidi. The possibility of recovery from such a traumatic blow seemed minimal at best, much less a return to the stage only days later.

“Last year when the hurricane hit, we weren’t really sure what we were going to do,” recounts Iceberg Alley’s Shawn Basha. “We had decided we were going to cancel the show, but within those few hours we had an amazing outpouring of support from all these local people. Local music fans, local businesses, Mile One came on board. Everybody and anybody wanted to help.”

That outpouring of support from the community at large led to a frantic turnaround, where the re-jigged Iceberg Alley lineup would emulate from then Mile One Centre in downtown St. John’s.

“With all of that help from everybody we decided we were going to pull it off. So I went to all of the local team on site, everybody who puts everything together and said ‘we’re going to move this to Mile One. Is everybody in?’ And every body was like, ‘yep! We’re 100 per cent in.’ And a lot of those people worked 24 hours in a row. And we pulled everything we could out of the tents and pulled it into Mile One. And the really important part was to try to make Mile One have the same feel and vibe as the tent.”

The turnaround – from a devastated festival grounds on Friday to a packed stadium show on Monday, was miraculous, with eager concert-goers flocking to the festival for the remaining dates. None of this, according to Basha, would have happened without the dedicated crop of volunteers.

“None of this would have happened without that local crew of people,” explained Basha, impassioned. “The whole community came together and made that happen last year and that’s the only reason why we decided that, you know, maybe we should go look for another tent because it’s a big undertaking. This festival is a huge undertaking and a huge expense. When we got that big outpour of local support we were like, okay, well, now people get this. They considered us their festival, which is amazing.”

“We try to make it so that the lineup is as diverse as it could possibly be in every type of way” explains Basha, sharing that the band puts out over 100 feelers annually before eventually locking down a confirmed lineup.

Of course, the entertainment is only part of the experience, as the now established concert series under the world class Iceberg Alley Tent truly needs to be seen to be properly articulated.

“I love watching when people come into it,” Basha shared with a laugh. “They walk into that small tent and they go through those tunnels and they walk into the big tent. If they haven’t been there before, you see them look and they’re just in awe, and if they’re with somebody who’s been there before, they’re just waiting to see what their reaction is when they come in.

“You don’t expect it. And that’s like one of the biggest challenges that we’ve had and we still have. There’s an awful lot of people who’ve never been in this tent and they don’t really understand what it is. And anybody new who comes in they’re like, ‘Oh my God, I can’t believe I’ve never been out here before. I have to come down here at least two or three times more.’ But it’s just getting those people in through the doors and understanding what the experience is.”

Overcoming the elements to roll out one of the most anticipated entertainment events of the year, the Iceberg Alley Performance Tent is primed to create memories once again in 2022, bringing together fans of all genres in this pandemic era for the binding communal experience of music.

“The thing that I love the most about going to a show is, no matter what genre it is, when the audience and the musicians connect, the night is magical,” Basha shared. “I’ve seen so many magical nights happen down at this tent with regards to local acts and international acts. Just something happens, a click happens here or there and it’s been with all genres. It opens up your appreciation for music.”