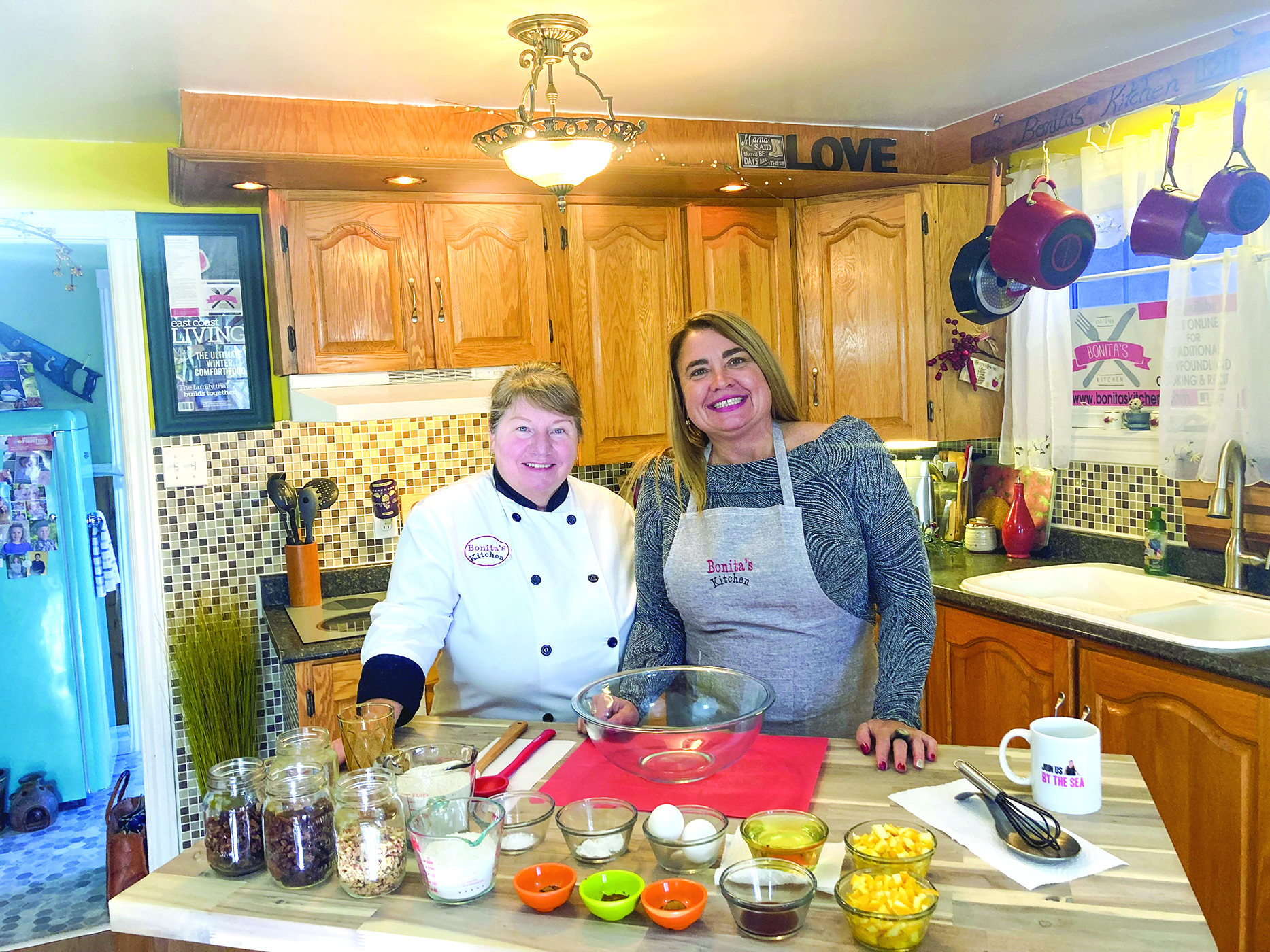 Bonita’s Kitchen is a warm and welcoming spot any time of the year, but when it comes to Christmas baking time, the Hussey’s house is the place to be

Enter the buttercup-yellow Spaniard’s Bay home of Bonita and Raymond Hussey and you instantly feel you’re among friends.

Being made feel welcome by the embraces of the two long married lovebirds (Raymond does do dishes, which helps with that, he offered) is one thing, but there’s much more to it.

One kitchen to another

The fact that the Hussey kitchen is familiar to anyone with an Internet connection – having welcomed in nearly 5 million enthusiastic wannabe chefs – is more why this place feels like coming home.

The highly celebrated and popular YouTube cooking segments, Bonita’s Kitchen,  began when, like many a Newfoundland mother, Bonita wanted to share her recipe for homemade bread with her son who lived outside the province. “My son actually asked me to share my recipe on YouTube so it was easy for him to watch any time,” she began.

Bonita and Raymond soon discovered that more than just her son watched that very first video.

“Raymond and I decided to keep going, figuring it was a way to go from our kitchen to other people’s kitchens. It was a way to help others have a little taste of traditional Newfoundland cooking.”

The Hussey family knows what it’s like to live away. Bonita, born in  Upper Island Cove, lived in Yellowknife with her family for 27 years. It’s where she and Raymond raised their two boys, Bradley and Steven.

When the two retired, they returned to the province of their birth. Now, filming episodes for Bonita’s Kitchen and interacting with their fans, is a way to connect others with the traditions of home. On the day The Herald’s Managing Editor Pam Pardy visits, it’s diet fruit cake day.

“We have everything set out to make this delicious diet fruit cake,” Bonita begins as she passed over one of her ‘Bonita’s Kitchen’ aprons to her guest co-host.

The two make quick work of set up – Raymond is on camera and lighting while Bonita double checks to make sure she has everything in hand for when the camera rolls – then it’s lights! Camera! Action! following a countdown from Raymond. Bonita knows what her viewers expect.

“They want to be able to follow along with the recipe, but they also enjoy the banter between Raymond and I. We see it in the comments all the time. So, we don’t try to make it perfect or anything, just as long as the recipe is easy to follow.”

There’s been door knocks and call outs a time or two – including on the day we shoot our diet fruit cake segment – but it just seems to make Bonita’s Kitchen more real, warm and welcoming.

We ask if Bonita’s Kitchen has a most popular recipe. “I’m going to say corned beef cakes. Number two would be our Newfoundland bread recipe.”

We ask if she has a favourite recipe?

“I think it’s whatever one I’m making. Today we’re making a diet cake, a diet fruitcake. This one here is my sister’s recipe. She gave it to me years ago, and I make it at Christmas time because everyone loves fruitcake at Christmas so I make a diabetic one and a regular one.”

We start right in, filming each segment in well-timed intervals. There’s close ups (the viewers need to see what the batter looks like, Bonita explained) and there’s pan-outs. There’s also an unveiling of the finished cake and a little after-teaser for viewers to enjoy as we sit down with a cup of tea and enjoy the fruit(cake) of our labour.

It’s been a delight (and a laugh) to visit Raymond and Bonita and a thrill to play co-host on Bonita’s Kitchen.

As is always Newfoundland tradition, when leaving, Pardy’s arms are filled with left over baked goods with a few bottled treasures tossed in for good measure, but more important than the actual take-away edible treasures is the honour to be able to now consider these fine folks lifelong friends.