Colleen, Where Ya Been? 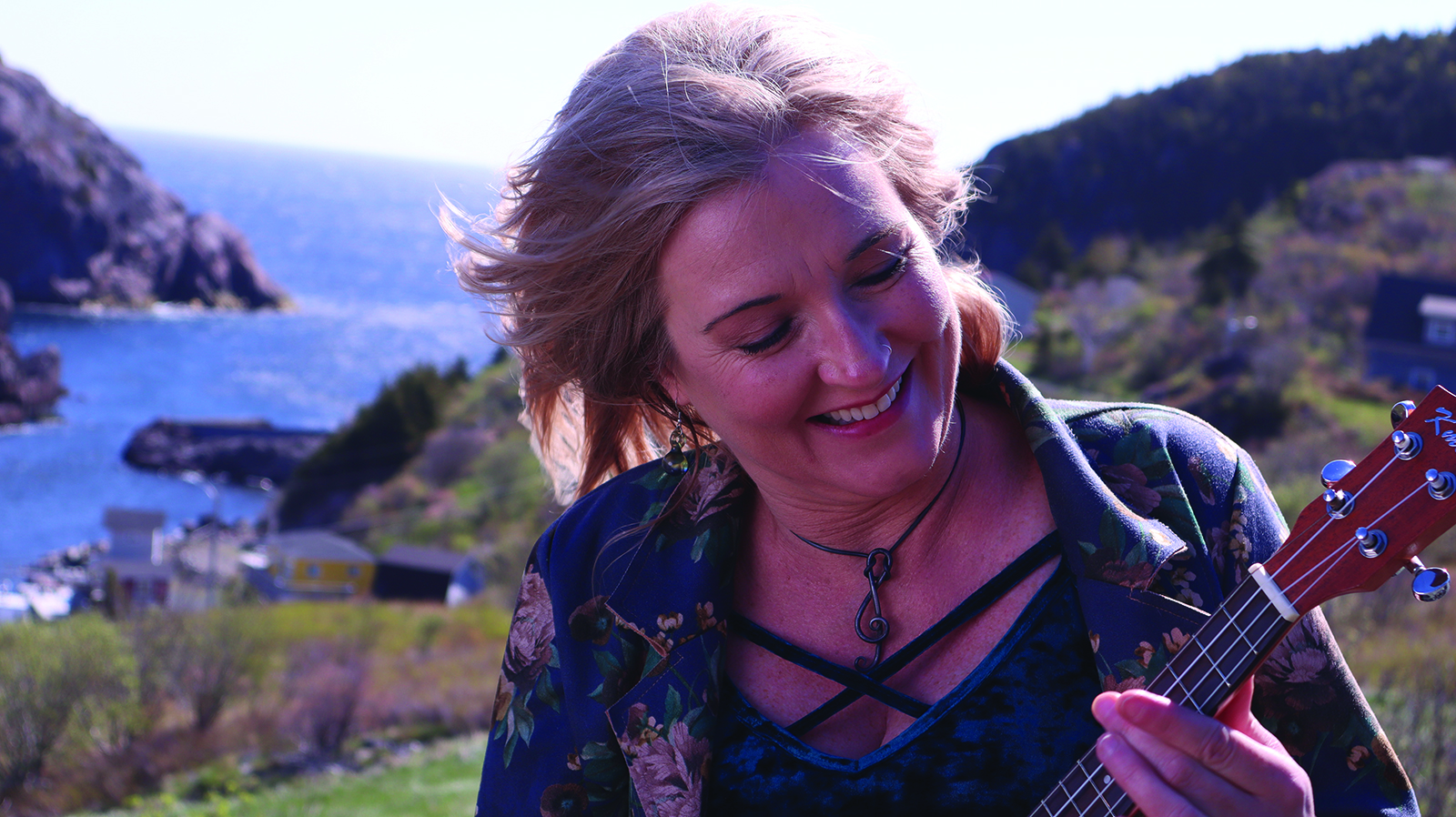 From Happy Girlfriend to happy wanderer, songwriter Colleen Power was given the chance of a lifetime to see new places and write new songs for a new TV show

Over a career spanning three decades, most of Colleen Power’s songwriting has been personal with tunes inspired by real life, relationships, or stories she’s heard. Viewers of NTV first became of aware of her in 2001 when the video for Happy Girlfriend was in regular rotation, highlighted by a cameo from the late, St. John’s mayor, Andy Wells.

Since then, she’s released 8 albums, both in english and en francais, has racked up awards and countless concerts, and often finds producers approaching her to write songs specifically for them.

“I just wrote a song for a science fiction movie called Jiggy the Squid,” she reveals. “It’s about a squid that saved Bell Island from a giant sea monster, so that will be out whenever the movie comes out.”

Still, with Power amassing such an impressive resume, even she found herself a little surprised to be approached to star in a new TV show, Sing Me Home.

HEADING DOWN THE ROAD

Producer, Xavier Georges, reached out to Power because, “I’ve worked with Colleen for many years and she is an awesome bilingual composer and writer, amongst many other talents. Having played in tough conditions with a tough crowd, and being a radio host, we knew she could definitely deliver something beautiful on a tight schedule.” 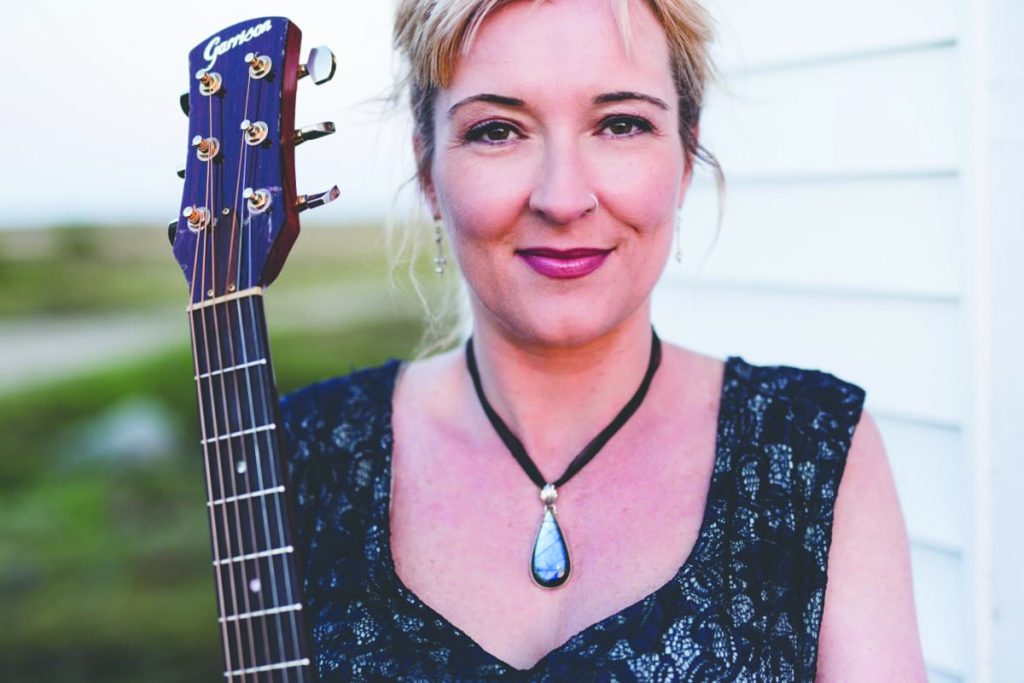 Martine Blue was the director for the series and picked the communities, knowing there was no shortage of charming and intriguing places to go.

With her itinerary sorted, the next step was waiting for the producers to hand over any materials she would need to prepare for the community and the journey.

“Martine did the research on each town and then, sometimes the night before, or the week before we travelled, they would tell me who we were meeting and who I would be interviewing.

“As far as preparation on the songs, I may have had a melody or two kicking around, but until we actually got to the communities, a lot of those decisions came up during the visit. It was challenging because when you’re writing a song for a community, it has to be really good!”

WHAT WOULD RON DO?

Once Power and the show producers from Bell Fibe TV started the journey and the assignment took shape, the responsibility of her task sunk in. And there was one person that sprung to mind for Colleen that gave her inspiration.

“The first person I thought of was Ron,” she says. “What would Ron [Hynes] do? I have this opportunity to go to communities around Newfoundland and write songs about these people and places… which was what Ron did. He always talked about the importance of writing about home when we would talk about songwriting. He was very proud to write about Newfoundland, and of course, so am I.”

Any artist will likely tell you that writing about their own life is easier than writing about something abstract, or just making it all up. The challenge for Sing Me Home was coming up with lyrics that felt true to Colleen, even though her experiences in any given town was brief.

“I write for my albums and it’s often based on my own experience or a story I heard. I don’t follow a set of rules. I just write about whatever I got. I’ll write about a rat out in the yard, or the snow falling down, or a flashback of some dude that I dated 20 years ago.

“But for this project I was given guidelines to go by. My own songs don’t have time limits, as such, but these TV shows are 15-20 minutes long, so the songs all have to be 2 minutes and 30 seconds long. And I tell you, it was not easy to do that.”

And if you ask any tourist, and they could tell you that landing in a new place can be like a case of sensory overload, with so much to see in so little time. Even though Power would be a tourist in her own province, trying to balance writing new songs about people she just met or places she was seeing for the first time, that became the great struggle to overcome.

“With Cupids,” she recalls, “it was the first one we did and I tried to get everything in there. But after that one, I thought, obviously I’m not going to do them all like this. 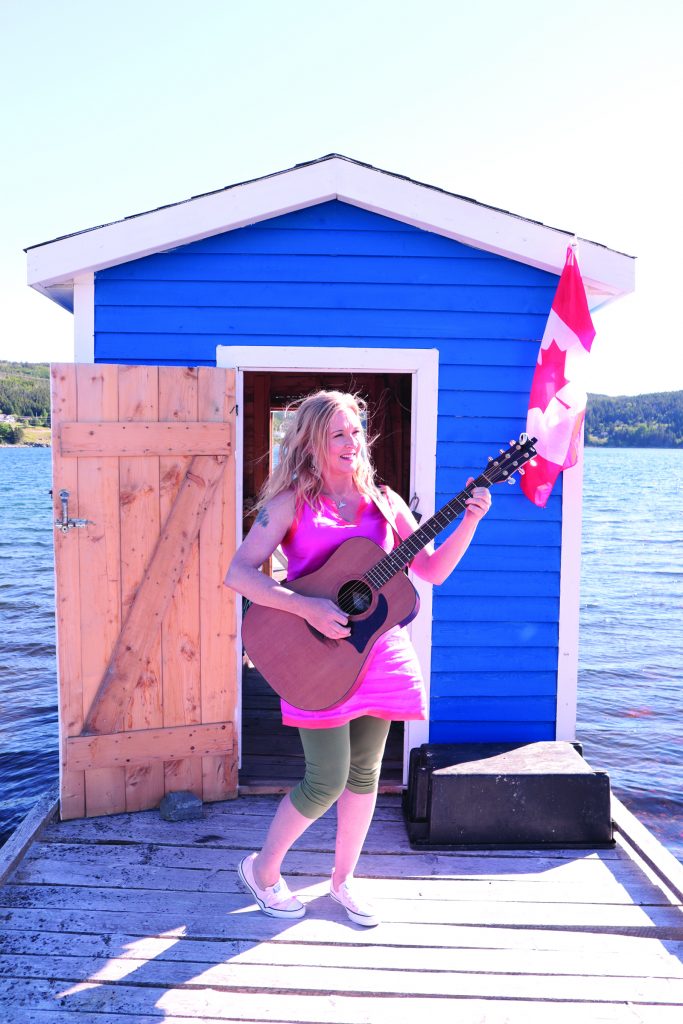 “Quidi Vidi Village was funny because of the pronunciation of Quidi Vidi. There was a big divide with the older people, the longest living there, they said ‘KWY-da VYE-da.’ But the newer residents said ‘kiddy-viddy.’ So that’s what their song ended up about.

STORY IN EVERY COMMUNITY

“One really special place was Lawn. I had never been. My dad was a teacher from Burin and I was born at the Burin Cottage hospital, not far from Lawn. I knew I had relatives out there but I never met them. My mom’s side of the family – the Connors – the five original brothers were the first Conners in Newfoundland at Lawn.

“At one point, I was doing an interview with a man whose relatives were involved wth the rescue of men from the Truxtun and Pollox [two US navy shipwrecks during WWII]. I asked him if he happened to know my great-aunt, Marie Rogers, and he said, ‘Oh yes! Mrs. Rogers used to teach me in grade three. That’s her grandson’s cabin over there.’ The song I wrote there is close to my heart because I also learned about myself.”

Viewers may get a new look and appreciation for well-known places, and Xavier Georges can’t wait for people to see the stories, facts and characters that he says forged our heritage.

“We discovered many things along the way and we wanted to dig into that history but remain anchored in the present. Everyone we met looked towards the future with ambition and pride. Colleen’s songs captures all of that and becomes a sort of anthem for these great places.”

Now that Colleen is back home and the show is available for people to see on demand through Bell TV, she’s had time to consider what her viewers will see over the course of six shows. It’s music and a travelogue, but to her, so much more.

“It’s a really good show for Newfoundland history buffs,” she offers. “It is for tourists, and others from away, but it’s also for people here. For them to go, ‘Oh, I didn’t know that.’ I certainly didn’t know a lot of the things that I learned visiting these communities, so I hope that people are inspired to go dig a little deeper. There’s always a story in every community.”

All six episodes of “Sing Me Home” are available on demand through Bell Fibe TV, channel 1 and the Bell Fibe TV app. Colleen Power’s music is available online through singsonginc.ca