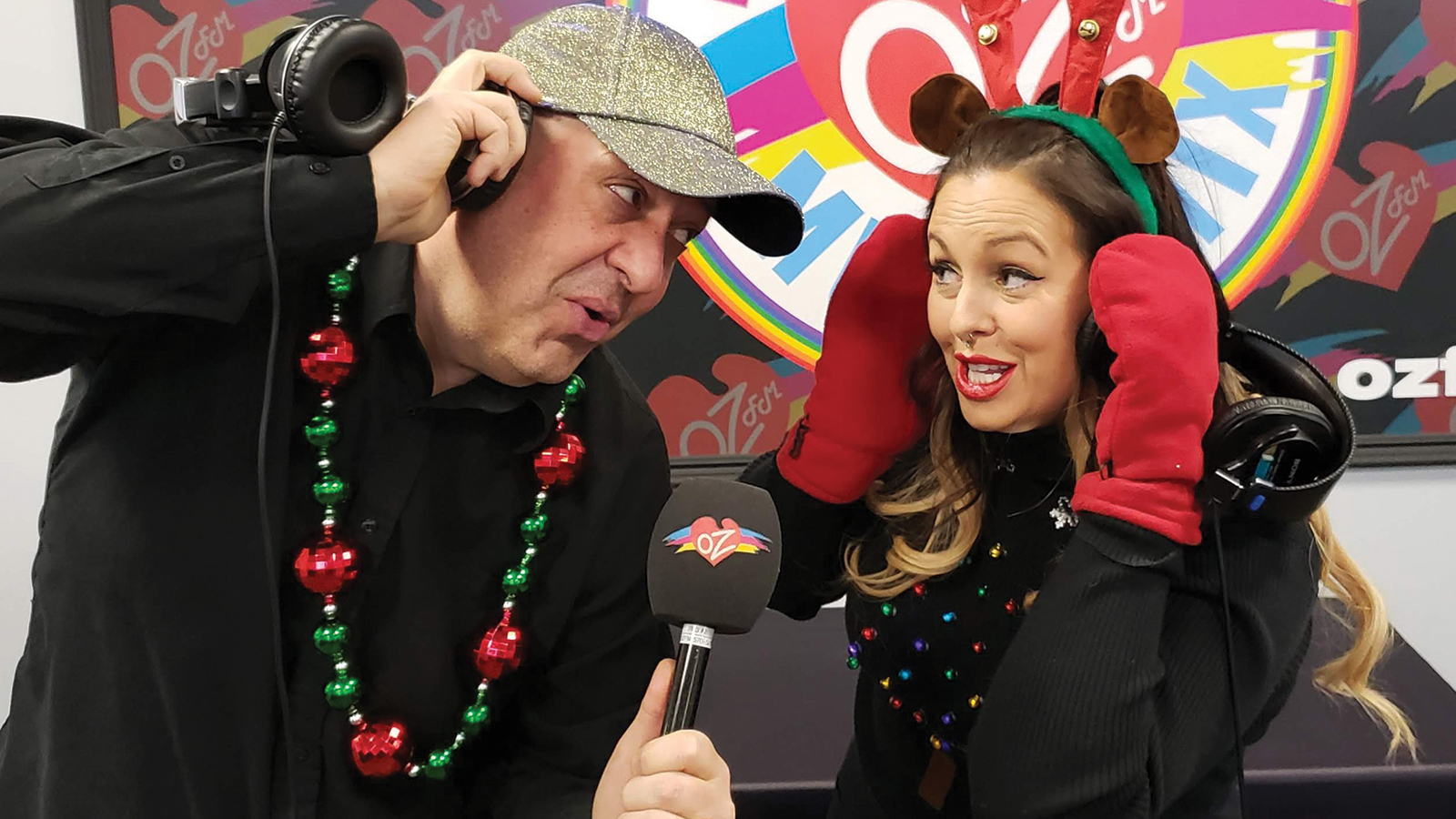 Jay Lawrence, Station Manager/Program Director at OZFM, has much to be thankful for, but high on the list at the moment? The fact that his team is number one in the province.

“It’s a great achievement,” he opened, sharing that the fact that OZFM remained true to its roots through it all is “unique in the business.”

“Sometimes when radio stations make changes, they also change the name, but OZFM never did that. Throughout the years we’ve adjusted the programming as needs changed, like a couple of years ago in 2019 we made a change to play a lot more of the music from the 90s and the 2000s, but still touching on today’s hits as well. And that really seems to have connected with the audience and we’re thrilled at the results. We look forward to more happy days ahead,” he shared.

One change? The return of Randy Snow, now co-host of The Morning Jam alongside Stephanie O’Brien.

“We were more than thrilled to welcome back Randy Snow,” shared Lawrence. “Randy was a big part of OZFM’s early success, and he left for a different radio station and then we had an opportunity to bring him home. I think that, in addition to the programing change, helped make us number one. Having Randy rejoin the family was a great move.”

The other half of that winning formula is Stephanie O’Brien.

“Stephanie and  Stephen were our two remotes at the beginning of the pandemic. Back then, everybody was scared. Nobody knew quite what was going on or what was coming next. We really made a conscious decision to be a companion for everyone else who was stuck in their house and couldn’t go out. We resolved to give people the important information that they needed to get through the day – so government information and the COVID updates – but we resolved to not be doom and gloom and to be a bit of an escape and to be people’s friends.” 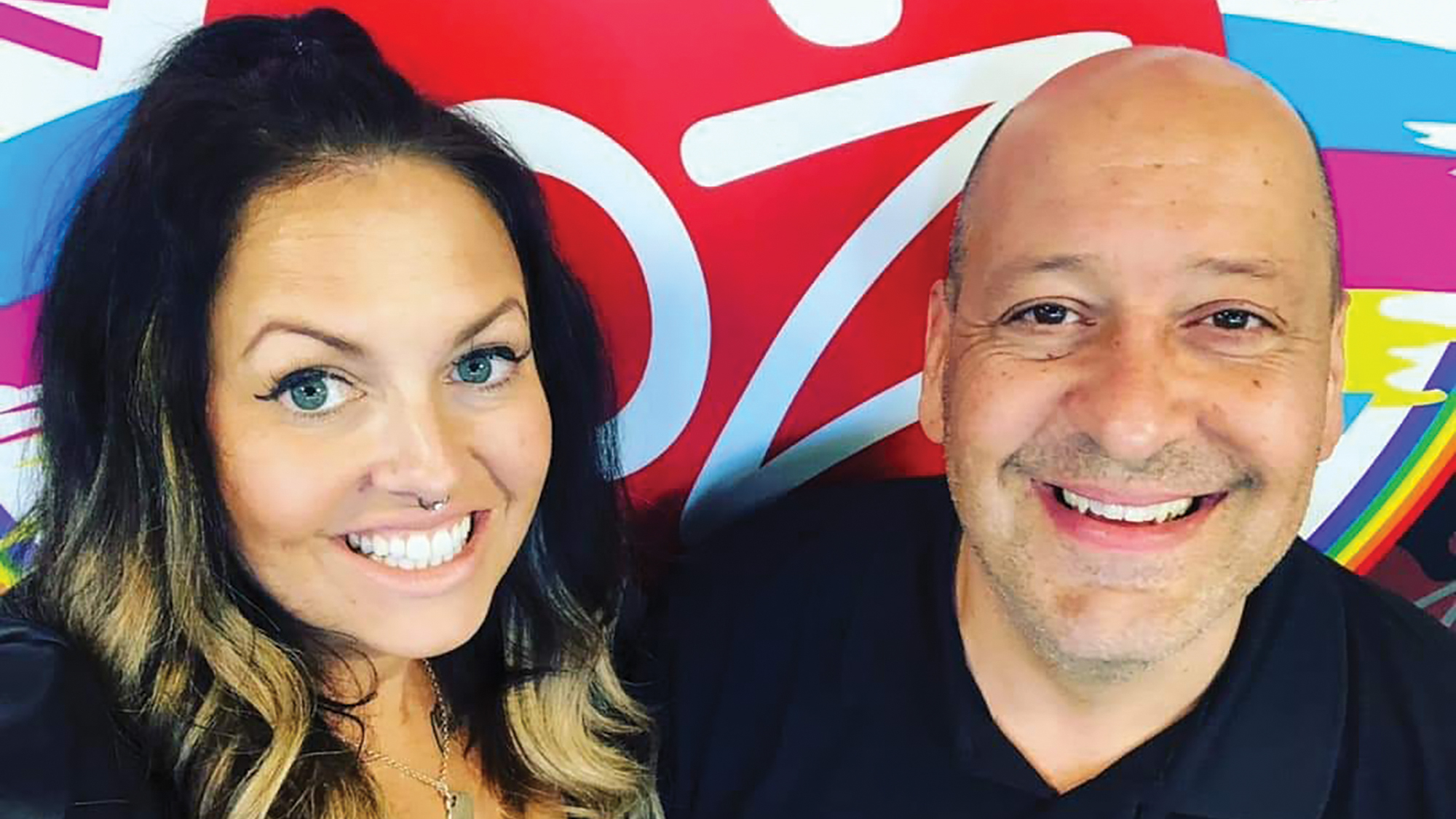 Lawrence shared he heard from so many saying that their approach was truly appreciated.

“We were a companion during all the lockdowns and people really appreciated that. We got notes from listeners saying how happy they were that we were there for them. Some people were all alone for months at a time, and for many their families were away, and we were their only friend, and we took that responsibility pretty seriously.”

Stephen Lethbridge has also seen a rise in popularity. The music, and his conversational style, is certainly part of the winning combination. There’s also some great chemistry between Lethbridge and NTV’s Eddie Sheerr. When the two gab in the afternoon, it’s a popular tune-in.

“We know that a lot of people really enjoy listening in and we’re really happy that we get to share, for at least a few minutes on weekday afternoons and during the evening show as well, Eddie’s forecast,” Lawrence explains. “We’re love having Eddie with us. The conversation that he and Stephen have every afternoon is always entertaining. We get comments on that all the time and so we’re happy that people love it. And we’re happy NTV shares Eddie with us.”

Danielle Butt and her Jigs & Reels has long been popular, Lawrence added.

“Danielle is a legend in local broadcasting. She’s been on the air for quite a number of years. I won’t say the number. She’ll hurt me. But Jigs & Reels has its own audience, which has always been quite large. Danielle brings her personality and her knowledge of the music to the table. And it’s been a really interesting addition to what OZFM does. On a Sunday afternoon you’re going to hear The Parting Glass and at 1:00 you’re going to hear Rick Dees Weekly Top 40. It’s kind of a jarring change, but it’s something that we’ve done for years to great success.” 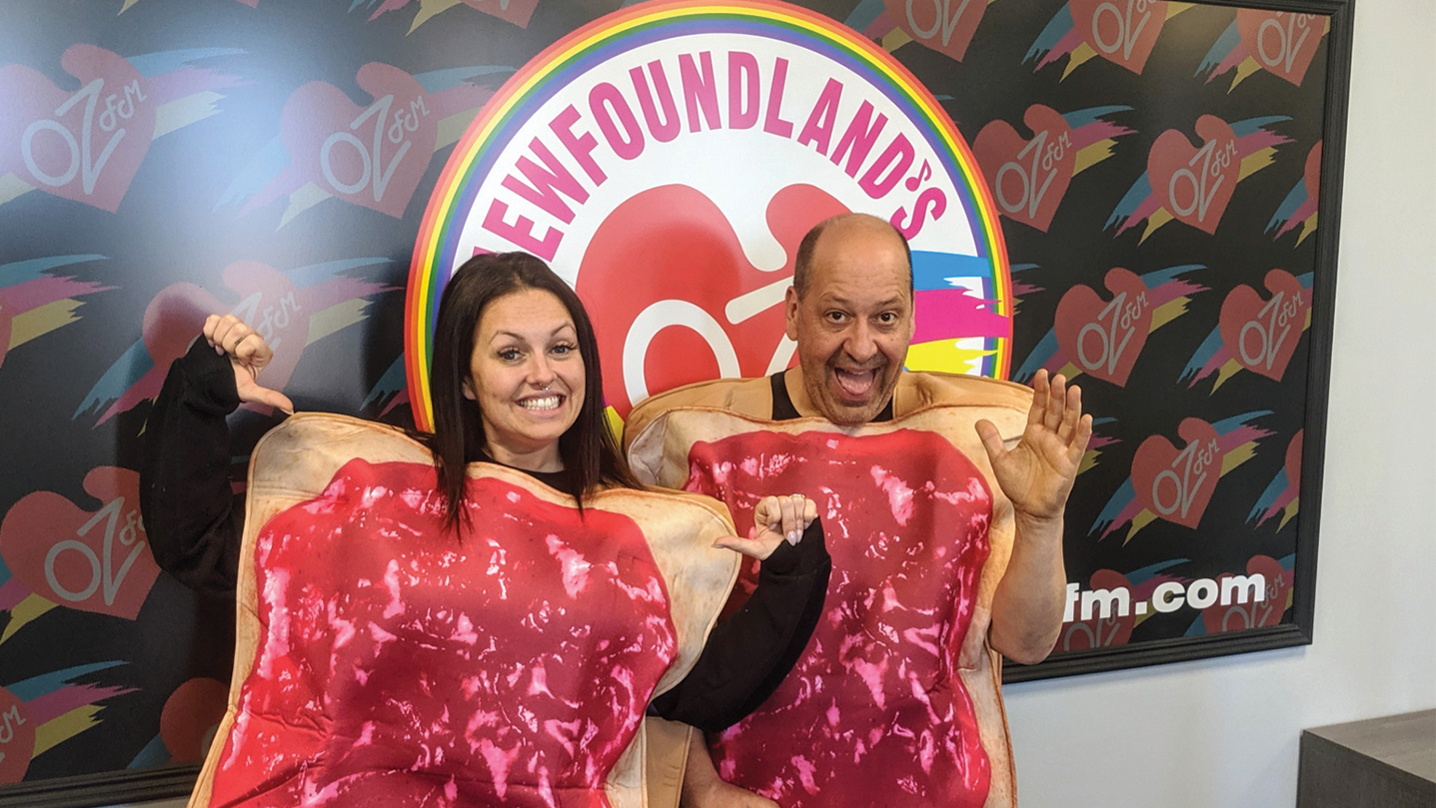 A TEAM TO THANK

Lawrence has huge praise for the entire team.

“We love that Robert (Shawn) and Hugh (Campbell) are really conversational people and both of them have the ability to connect with folks. Rob likes to tell stories about his dog Turk and about his life and you just can’t help but listen, and Hugh is there with all the pop culture references and I think both of them have a real good ability to connect with the audience.”

Shannell Lewis, who has joined The Herald sales team recently, is also a welcome addition to the OZFM number one winning team.

“Shannell has been there for us whenever we needed her. When Stephanie was off on maternity leave, Shannell stepped in and since then, whenever anybody has been sick, you can call on Shannell at ten o’clock at night and say; ‘please be in at five o’clock the next morning’ and she’s there for you.  She’s been kind of like our emergency go to for the last several years and no matter what show she’s thrown into on a moment’s notice, she always gets the job done and sounds like she’s been preparing for it for hours.”

Of course, the Summer Staycation duo of Becky and Noah is also key to OZFM’s success, Lawrence explains.

“The Staycation Summer Team is an extension of what we do. Keeping in mind COVID guidelines and public health directives, we’re out there saying ‘hi’ to people. We’re saying, ‘hey, normal life is coming back.’ Obviously, we don’t shake hands and give a whole lot of things away like we used to do but there are some prizes available and we focus on what’s open and what you can do during these interesting times in  Newfoundland and Labrador.”

It’s all about outreach, he shared, and staying connected to OZFM’s extended family; the listening audience.

“What are some interesting things people can do with family this year? They can take a road trip and listen to music and they can bring OZFM along. We love being there for people as a friend and a companion in these weird times.” 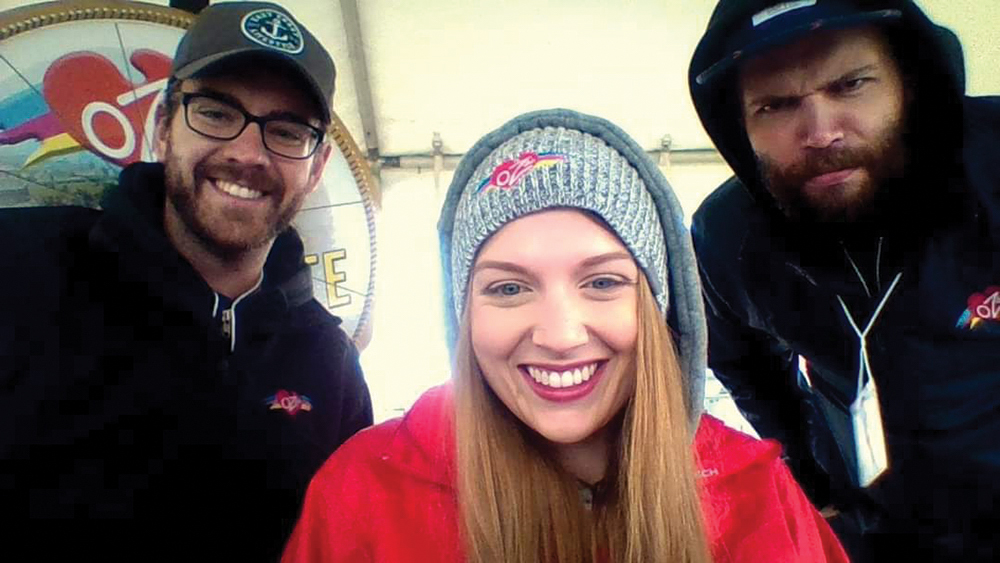 It’s easy to stay connected, Lawrence continued. “We have nine transmitters across the province so in most of the populated area of the island, you can pick us up on your radio no matter where you’re going, especially along Trans Canada. We’re also available on the Web.”

While it’s great to be heard, it’s even better to hear from listeners, he said.

“We hear from people that we were the backdrop to their weekend at the cabin. They enjoy listening to music from the 90s, through to today and those same people  enjoy Jigs & Reels on a Sunday morning because it’s such a Newfoundland tradition to listen to at the cabin with a cup of tea and your bacon and eggs, and then it goes back to today’s hits and people just love the flow. I think what’s unique about OZFM is our mix of music. What’s special about us is our on-air talent.” 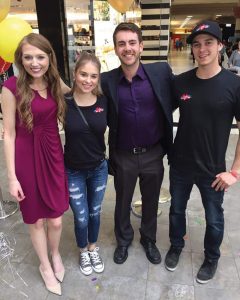 Lawrence, who has been with OZFM for four years, says he’s proud of the work he does every day, but he’s more proud of the people he works with.

“Being able to execute what I thought was the right direction for us is a proud thing for me. We did something that was kind of new and hadn’t been done in this marketplace before. We brought Randy Snow back and we went an almost completely different direction with our music. And I think the biggest pride that I take is that it was a success so quickly.”

It can take quite a while for an audience to adapt to a change, he added.

“Here, we jumped into the number one position after a change quite quickly and I’m really happy with that.”