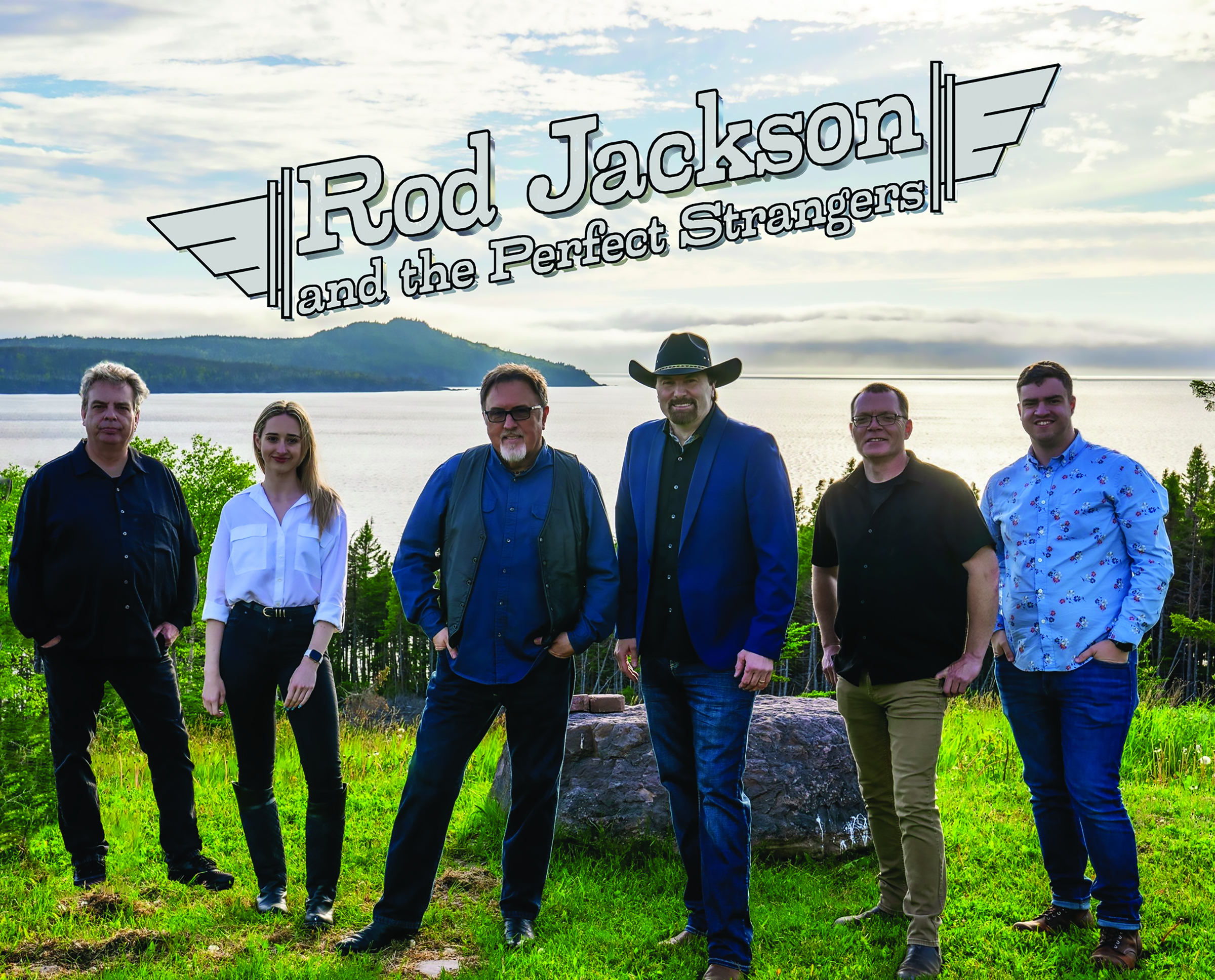 Rod Jackson and the Perfect Strangers have a few new faces worth mentioning. “New blood. That’s a good way of saying it I guess,” he begins.

“After the Christmas tour last year, we made some changes and I went back into my history books to when I started 21 years ago and brought back a few familiar names like Dave Fitzpatrick and Clyde Wiseman. Both of those guys are well known for their years with The Fables and Sonny Hogan too, who was actually on my very first tour across the island playing drums,” he began.

With “some new energy, some fresh energy and positivity coming into the band,” Jackson shared he’s ready to entertain audiences this Christmas.

“We’re ready to hit the road. We’ve got the biggest tour planned, 12 shows, and we’re going to do a couple of shows at most Arts and Culture Centres across the island.”

The tour began November 12th in Goose Bay and it’s go-go after that, he shared.

“People are not going to see the same show that they’ve seen before. We’ve just put some new energy and new sounds and fresh songs into the list and we have new songs that people haven’t heard before plus other favourites that we haven’t attempted in the past while, so we’re pretty excited about it.”

“The fans and the Arts and Culture Centres are amazing. I’m so blessed. I do not know how to say how blessed I am. I cannot express that because everyone has come on board.”

Jackson had left the music business for awhile, but when he came back he was welcomed with open arms, he said.

“I started off by booking shows and trying to get the crowd that used to come to see us years ago to come back. All of a sudden we were touring every six months, and now they are back. And the Arts and Culture Centre folks have been so good to us. It’s incredible. And I got to pinch myself. I am so grateful and appreciative of everything.”

Don’t Let the Old Man In is one of the new songs Jackson will be performing.

“I sat back and I looked at my own life. When I got in university I remember the doctors telling me I was going to be in trouble with arthritis by the time I was thirty-five. I’m almost fifty-five now and I still take all kinds of medications, but that song really speaks to how to approach life as you age, and it’s all relevant.”

You can get old, but you don’t have to feel old, he added.

“You could be twenty-five and feel old or you can be ninety and feel young. And it’s all a mindset and an approach to living every day and how we take on the world. And it’s tough with everything going on right now. You look at the economy, you look at what’s going on in our health care. There’s so many things that can bring you down. I think it’s up to the individual. It’s up to you.”

Don’t depend on anybody else, he said.

“You got to do what you’re going to do to survive. And that’s the only rational way to look at it and motivate yourself, you know? So it’s a song that I love dearly. It’s powerful and it just touches the heart. I’m really looking forward to doing that song at the shows.”