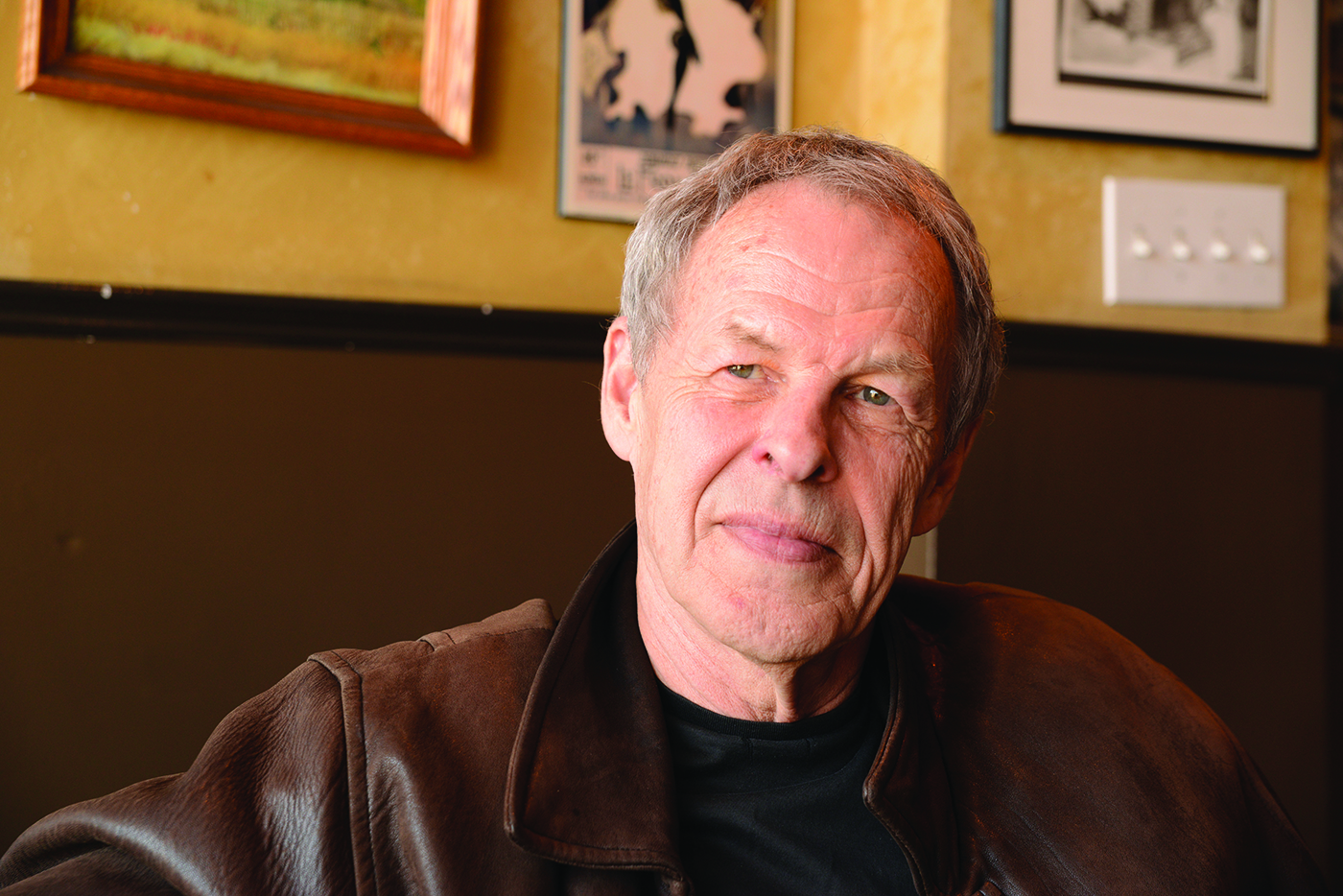 Linden MacIntyre has much to celebrate. Besides a 40-year career as one of Canada’s most accomplished broadcast and investigative journalists, he’s also a bestselling author.

His first novel, The Long Stretch, was deemed “Mesmerizing,” by the National Post.

The praise was well placed as The Long Stretch went on to become a national bestseller.

MacIntyre followed his debut novel with two acclaimed works of non-fiction, sticking to his journalistic roots for Who Killed Ty Conn?, an in-depth investigation into the controversial death of a convicted bank robber and prison escapee. The second, Causeway, was an elegant memoir of MacIntyre’s coming-of-age in Cape Breton.

In 2009, MacIntyre returned to fiction with The Bishop’s Man, a poignant work that explored the nature of guilt, faith and the ramifications of the past on the present. The Bishop’s Man was awarded the Scotiabank Giller Prize and became a blockbuster number one bestseller.

Why Men Lie, a remarkable look at the complexities and contradictions in the relationships between men and women followed. Then, in the national bestseller Punishment, MacIntyre explored justice and vengeance within a tight-knit maritime community grappling with the loss of one of its own. But whether it’s 2017’s The Only Café or one of his earlier creative works, it’s MacIntyre connection to Newfoundland that stands out.

In 2019’s, MacIntyre penned  The Wake, an incredible work of non-fiction recounting that tragic moment in history when a tsunami hit the south coast of Newfoundland in 1929.

As MacIntyre presented his latest, The Winter Wives, a thrilling new psychological drama that weaves together threads of crime, disability and dementia into a tale of unrequited love and delusion, he spoke with The Herald about his NL roots.

“Well, you know, you have to have more than a birth certificate to be from a place, but I was born (in St. Lawrence). My father was a hard rock miner who traveled around in the mines when he and my mother first got married and he was working in the flurspar mine in St. Lawrence and I was born there and my sister was born there,” he began.

While the family moved quite a bit and eventually settled in Cape Breton, he never forgot his Newfoundland roots.

“I never lost touch because, as you know, it’s very special. People in St. Lawrence – and my godmother was one of them, and she stayed in touch for as long as she was alive – people there are special. I never lost the sense that I had a connection with the place and it was a very happy period of my life.”

It seemed their Newfoundland years had quite a hold on the entire family, he added.

“My parents talked about it a lot and they talked about the friends they had there. It was quite a natural thing for me to try to check it out when I had an opportunity back in the 80s. And that’s when I became aware of the dramatic story of how that place had evolved over a number of years and of course, the climax of the tragedy was just sort of passing in the 80s. But I never got around to sticking my face in the story until much later when it was suggested to me by somebody in the publishing industry. They said, ‘well, that’s a heck of a story. Why don’t you write it sometime?’ And that’s how The Wake started.”

The legacy of the Newfoundland tsunami that happened on the south coast captivated him, he shared.

“The story of what happened on the south coast of the Burin Peninsula, where I first saw the light of day, was something that I felt should be told. It was fascinating to me,” he said. 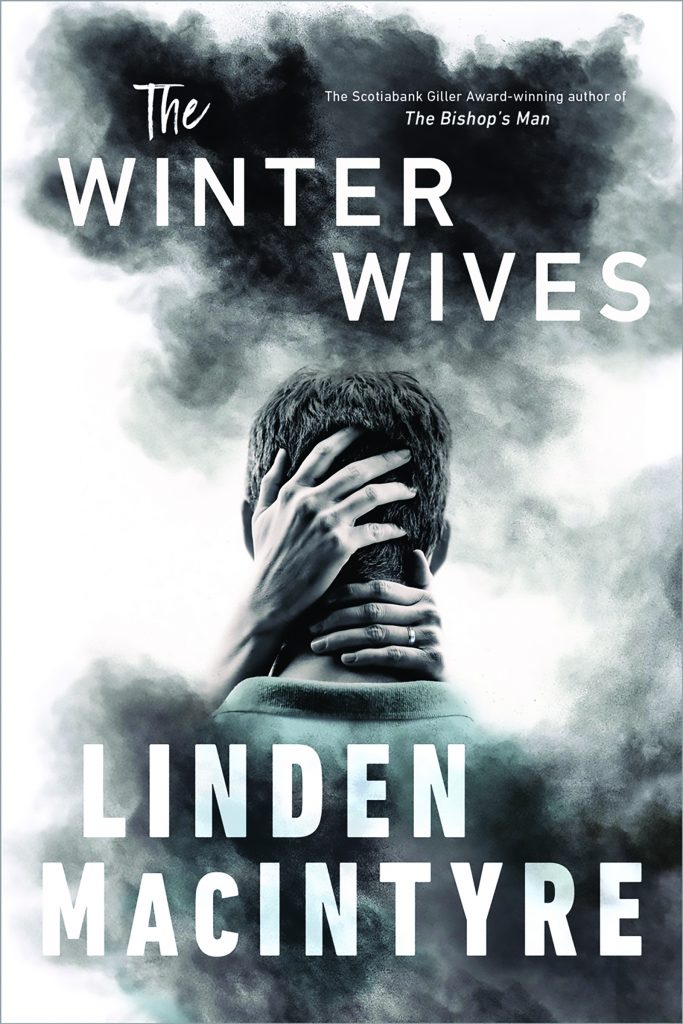 We ask if the troubling legacy of the mine in St. Lawrence and the tragic cases of industrial diseases there inspired his journalism career. It certainly seemed like much of his work was focused on righting wrongs over the 24 years he spent as the co-host of The Fifth Estate.

“I am fueled by a sense that the world is divided between people who make things happen and people to whom things happen,” he said.

What occurred in his birth province – the deaths and the illness and the hardships faced by those who unknowingly went into the mines to work – was “classic fodder” for a journalist.  “A handful of important people made things happen and a large number of people who were sort of vulnerable had things happen to them – tragic things –and the practice of journalism, which I believe is a public service that’s actually exercised for the benefit of the public … is a service industry or a service profession. And I always sort of felt that my first duty was to the people, that was why I did what I did for a living.”

That directive has followed him throughout his career, he added. It didn’t matter if it was writing fiction or non-fiction really, he shared.

His latest, The Winter Wives, is a good example of that. In the novel, two old friends get together for a weekend of golfing. During a long night of drinking, the fault lines between them start to show, one of the biggest: the two men married sisters with one being the sister both of them loved. Where did this story spin from?

It’s when we think we know a person that things “get interesting,” he added.

“It’s almost to be taken for granted that first impressions are very incomplete. And we think when we’re very young that we really, really know another person. Without spoiling, they all learn that their friend is not who they think he is at all in many ways … and that’s a huge discovery to make.” The book, while more dramatic and frantic than what many face in real life, certainly touches on things we deal with. “I think (The Winter Wives) touches on an awful lot of the challenges and conundrums in our lives. Why do we care about one another and how many shocks and surprises should we expect any relationship to absorb and survive?”

We ask where the passion for storytelling came from. A natural-born talent?

“I grew up on the East Coast, like yourself. You grow up in a storytelling culture with oral tradition. When I was little, kids liked to get the attention of adults and when I was growing up, the surest way to get the attention of an adult would be to be a good musician, like a fiddle player, or every so often you would notice that if you had something important or interesting to say, it didn’t matter if you were eight years old or 28 years old, people would listen if you told it well.”

Storytelling and music were two things that attracted the respect of older people, even if it was a kid that was doing it, he added. He quickly learned what worked.

“I had this thing about storytelling from the very beginning and it was what interested me in journalism early on in life. I was interested in all writing, but to write a novel? I would promptly starve to death back in those days. So I told stories that you got paid for telling.

“And over time I now look back and say the timing worked out quite well because with journalism, you acquire a lot of experience and you meet a lot of people who eventually become useful, raw material for writing fiction that is fact based. And so that’s I guess the answer to your question. My body of work is just one bunch of stories that I’ve been telling for a long, long time using various formats.”